The language school Capital School Center acted as an information partner of the online project of the World Abaza Congress information portal “We Speak Abkhazian / We Speak Abaza”.

The innovative school Capital School Center has supported the online language project for the World Abaza Congress information portal “We Speak Abkhazian / We Speak Abaza”. As a result of the cooperation, video lessons on the study of the Abkhazian and Abaza languages are available not only on the portal and in the channels of the WAC, but also on all websites of the Capital School Center.

The head of the web information portal, the author of the language project, Amina Lazba, shared that she recently told the members of the World Abaza Congress, the founders of one of the most successful language schools in Moscow, Irina Tsushba and Rolan Agrba, about the project and offered them information partnership.

“They fully share the goals and objectives of the Congress, in particular, the issue of developing their native language, therefore they immediately responded to our proposal and supported the project “We speak Abkhazian / We speak Abaza”. We are very glad of this opportunity to popularize our online project and thereby draw attention to the study of the Abkhazian and Abaza languages, one of the priority tasks that the Chairman of the Supreme Council Mussa Ekzekov sets before the Congress,” said Lazba. 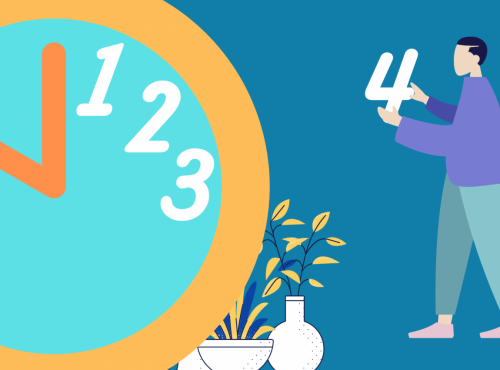 She noted that today the Capital School Center has more than a million subscribers and an audience reach of 10 million people on social networks, so the school’s online websites will be “an excellent help in developing and promoting the language and further cooperation.”

Spouses Rolan Agrba and Irina Tsushba founded the Capital School Center three years ago. From the first days of the school, along with teaching different languages of the world, the Abkhazian language was also introduced into the program.

Irina Tsushba agrees that, in addition to studying the native language, it is necessary to devote time to its popularization.

“We consider it important to transmit knowledge of our mother tongue not just as a language, but as a carrier of an entire culture, rich history. This is our country from which we came, despite the fact that I received education in Europe, and we live in Russia. Of course, we do not forget our mother tongue, and it was this love and patriotism that encouraged us to open a free course to study the Abkhazian language in our language schools,” said the founder of the school.

Irina recalls that when the first school was opened, the classrooms there were stylized as world capitals; there was also a Sukhum cabinet. She says that, seeing this class, many visitors to the school showed great interest in Abkhazia, including language learning. 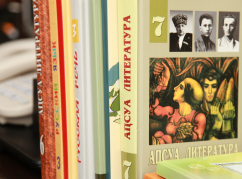 Unique and native: where and how to learn Abkhaz language outside Abkhazia

It just so happened that for three years now at the Capital School Center they have been systematically giving free lessons of the Abkhazian language on weekends. For those who need a special lesson schedule, the school provides fee-based language courses. During the year, many events are held devoted to the Abkhaz language, culture, customs and traditions of Abkhazia. To date, the school is working on the development of the children's direction, so that children also have the opportunity to learn the Abkhazian language, especially, according to Irina Tsushba, the language “is quite in demand not only among representatives of the Abkhazian nationality, but also among Russians.”

Co-founder of Capital School Center Rolan Agrba said that the study of all languages, including Abkhazian, takes place at the school using a unique author’s digital teaching methodology, integrated into smart technology.

“We teach Abkhazian in a cool, modern, technological manner. We use the latest generation interactive panels. Any language, and especially one that is not as simple as Abkhazian, must be “made” accessible, interesting, fashionable, and modern,” he said.

Rolan Agrba, for his part, emphasized that the particular attention paid to the promotion of the Abkhazian language at school served as the main reason for cooperation with the WAC for the online project “We Speak Abkhazian / We Speak Abaza”.

The founders of the language school also expressed their readiness, together with the WAC team, to begin work on the creation of a unique modern methodology for studying the Abkhazian language, which will make the learning process through video fascinating and quite simple. 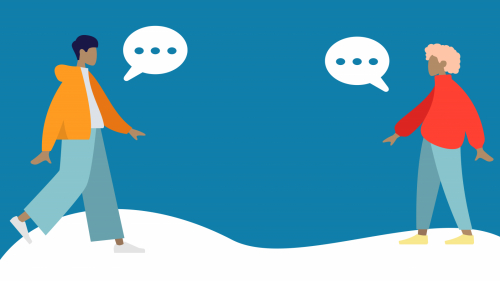 Easy and simple: the WAC information portal launched an online project to study the native language

Capital School Center was established in 2017. To date, three branches of the school are open in Moscow, one school is in Kaliningrad and Novosibirsk. Since September 2020, it is planned to open more than 20 branches in Russia. The Capital School Center teaches 20 different languages of the world, including the Abkhazian language. Today 1,500 people are studying in their schools; more than 1,000 applications for admission are received monthly. 120 students of the school had language internship abroad. Capital School Center is the laureate of the 2018 Innovation Time Award for implementing effective innovative technologies.

The online project of the WAC Infoportal for the study of the native language “We Speak Abkhazian / We Speak Abaza” was launched in June 2020 and will last for two years. One of the main tasks of the new project is to reach a wide audience and enable all representatives of the Abkhaz-Abaza Diaspora to learn their native language, regardless of their location.

Abkhaz language in ten questions and answers
WAC opened Abkhaz language courses in St. Petersburg
Easy and simple: the WAC information portal launched an online project to study the native language
From 1 to 10: We speak Abkhazian / We speak Abaza

WAC and a deputy of the Sukhum City Council organized a children's party in the capital
The Tower of broken hearts: annual excavations of the Great Abkhaz Wall have been completed
From 11 to 20: We speak Abkhazian / We speak Abaza
Another meeting of the members of the Supreme Council of the Congress was held online
All publications