Delight and happiness: the Khuntzaria Orchestra gave the audience many warm feelings

The concert of the Otar Khunzaria State Orchestra of Folk Instruments on September 23 evoked unforgettable emotions in the audience.

The spectators of the Abkhazian State Philharmonic greeted each performance of the Otar Khuntzaria State Orchestra of Folk Instruments with undisguised joy at a concert that took place in Sukhum on Wednesday 23 September.

There were many surprises that evening: the performance of the People's Artist of Abkhazia Violetta Maan, as well as the famous Russian singer, soloist of the musical group "Chicherina" Yulia Chicherina with the premiere of a song about Abkhazia. The author of the lyrics of this song is a Russian journalist who worked on the Abkhazian TV channel "Abaza-TV", Semen Pegov. The music was written by Chicherina herself. 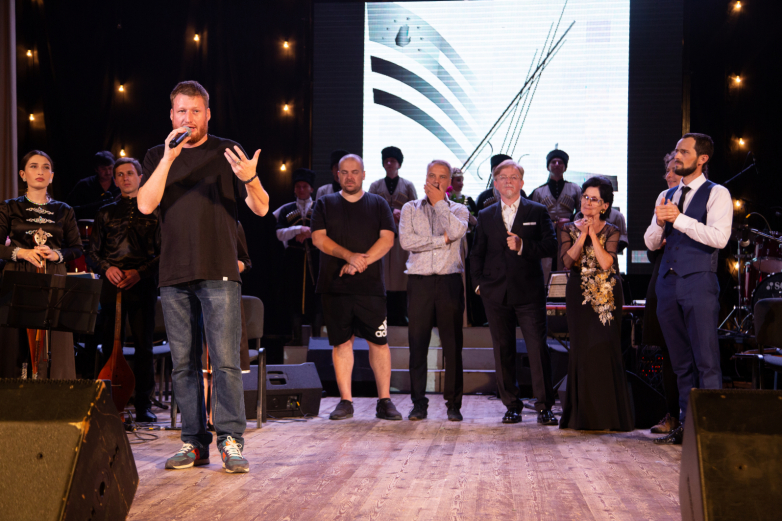 "I performed in Sukhum quite recently, and at the same time I learned about the orchestra (Otar Khuntzaria State Orchestra of Folk Instruments - ed.). We wanted to do something new - and this is an experiment. I really liked the orchestra's concert. I watched the entire program. I just love it. I am sure that this is only the beginning of our joint creativity, there will definitely be something else," said the singer.

The concert was also attended by the Abkhazian singer Eric Mikaa, the youth folklore ensemble "Akhyshtra" ("source" in Abkhazian – ed.), popular musicians Alexey Samarin and Anton Davidyants. All of them were accompanied by an orchestra of folk instruments.

"Many thanks to all the artists for participating in the concert. Thank you to my dear members of the orchestra. Thanks to the audience for taking the time to come to us today. I bow down to you", the artistic director of the orchestra Denis Arukhava thanked everyone.

Despite the difficult epidemiological situation in the country, the hall of the Abkhazian State Philharmonic was full. The Otar Khuntzaria Orchestra has long conquered the Abkhazian public.

"We always go to the concert of these guys; we do not miss this opportunity. They are virtuosos in their field. It's a delight. I just didn't want the concert to end. Thanks to the orchestra and all the artists for this magical evening," the spectator Miranda Rabaya shared her impressions.

Many tourists from Russia also gathered to listen to the orchestra.

"It's so great that this amazing concert happened during our stay here! The emotions from the concert will stay with us for a long time. This is happiness! We will definitely take it with us to Voronezh," the tourist Tatyana Belousova promised.

The Otar Khuntzaria State Orchestra of Folk Instruments was established in 2016. The ensemble performs folk music, often giving it a modern sound. The orchestra is very popular in Abkhazia, it is a participant in prestigious international festivals. 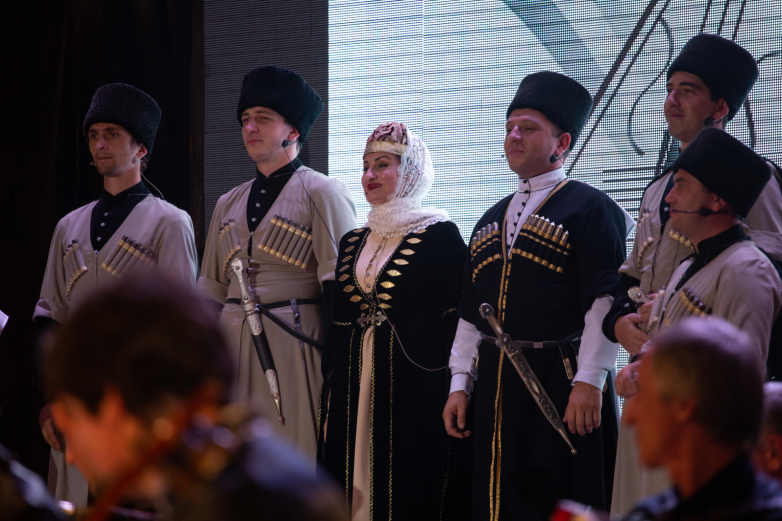 Charity concert of Otar Kuntsaria Orchestra was held in Sukhum
© WAC / Naala Avidzba
To leave a comment you need
to login or register.
Share
No comments