In memory of Kostya Vasiliev: WAC planted a maple alley in memory of a friend and colleague

The World Abaza Congress held an action in memory of its colleague and friend Konstantin Vasiliev.

Employees of the World Abaza Congress planted seven maples in the courtyard of the house of their colleague and friend Konstantin Vasiliev, who passed away earlier this year. Kostya's mother, sister and friends also took part in the action.

The head of the Women's Councils of the WAC, Geta Ardzinba, said that for the Congress team, 2021 began with a sad event: "our associate and colleague, who shared all the ideas of the Congress, all the projects that were carried out together and which the public knows about, passed away".

"These are not just fine words - Kostya was actually a person who never left our team, stayed with us to the end at every event. He also took part in our trips within the project of establishment of Local branches in Abkhazia. He was a person who was always there," added Ardzinba.

Geta Ardzinba said that after their colleague passed away, they began to actively discuss how to honor his memory in the Congress.

"We definitely wanted this action to attract young people who have always been next to Konstantin.  The idea was born to plant trees near his house. His mother liked this idea very much. We hope that we will be able to gather with his friends every time to take care of the trees," emphasized the head of the Women's Council of the WAC.

Konstantin's mother, Elena Vasilieva, expressed her special gratitude to the organizers and participants of the action. She could hardly hold back her tears. One by one Kostya's friends approached the woman, hugged her, promised to remember her son.

"It's hard to talk. Thank you all very much," Elena said.

The first teacher of Konstantin, Lydia Shmakova, also took part in the action. According to her recollections, since childhood, Kostya was a calm and balanced child, he has never even really misbehaved. 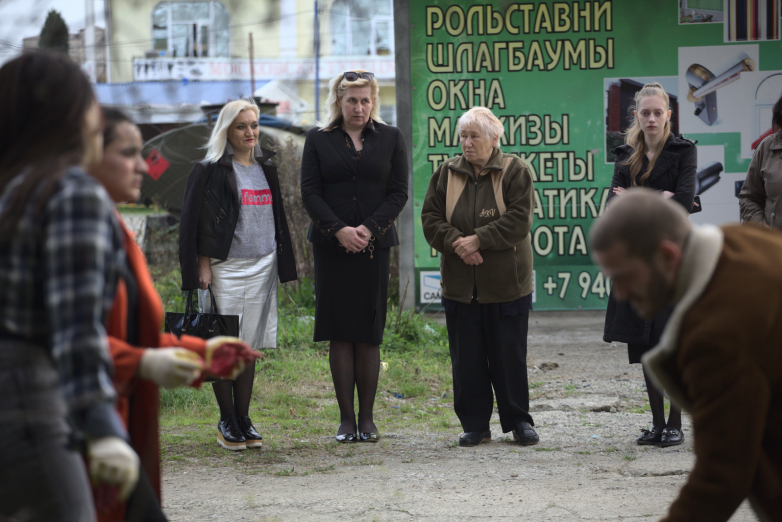 "The years passed, he was a little sick, all the guys in our class always tried to protect him. All these years I have watched him. He was getting more interesting from year to year. When he started working, he became more communicative. Once I even told his mother: "Look what an interesting guy he has become. Always well dressed, apparently, thanks to the work where he ended up," said the teacher.

Konstantin's friend Said Kvitsinia believes that Kostya himself would like such an action very much. It would cause warmth and joy in his soul, and that those who knew him closely, passing by the alley, would remember him. 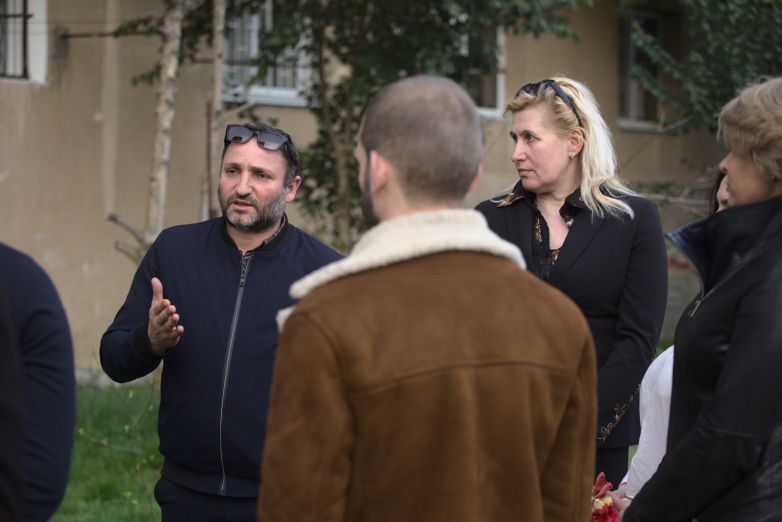 Another close friend, Daur Khibba, is confident that such an action in memory of Kostya is only a small part of what the young man deserves.

"Kostya was from that category of people who always come to help to those in need. If he saw today's action, he would be very happy about it. In his person, without exaggeration, Abkhazia has lost a very worthy and promising representative of youth," Daur said. 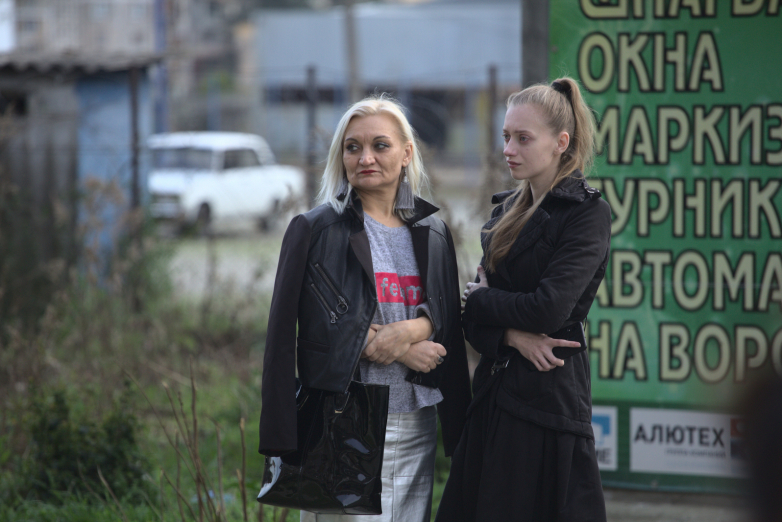 "Kostya was the person who left his mark in the life of each of those present here. A very bright and positive person. He would have liked that everyone was here, because he always tried to bring people together. Kostya was human-oriented in his work. He always saw in a person not only what he wanted to show, but also who he really was. I hope the action will help, first of all, his family to fight their grief. I am their neighbour, I am sure that every time passing by, I will think: a person passed away, but the memory remains, and memory sometimes can do wonders," said Victoria.

Konstantin Vasiliev died in January 2021. Kostya was born with a severe form of heart disease. His mother was told that the boy would live a very short life, but Konstantin had "his own plans." He knew about his illness and that is why he led an active social life, trying to do as much good as possible. Kostya passed away seven months before his thirtieth birthday.