In the Apsua village of the Karachay-Cherkess Republic, a hippodrome was solemnly opened. In honor of its opening, a horse race was held, the winner of which was a horse from Abkhazia.

Abkhazian racehorse Kendal Bars won one of the races dedicated to the opening of the hippodrome in the village of Apsua in the KChR, on June 14. The owner of the horse, Tekin Ardzinba, was awarded the main prize for the victory - a Lada Grant car.

The hippodrome was solemnly opened on the same day. Horsemen from all Abaza villages of the KChR, other settlements of the Republic, guests from Abkhazia and Kabardino-Balkaria took part in the races.

First at the first races

The races were held in five laps. At a distance of 1200 meters, the Vadik Khubiev’s horse Sabur from Psyzh won, in the 1400 meters race the Taulan Bidzhiev’s horse Eta from the village of Krasnogorskaya was the fastest. Kazbek Borokov's horse Dubai World Bars galloped 1800 meters faster than anyone else, and Kendal Bars was the first to rush to the finish line at a distance of 2400 meters.

The final race was dedicated to the event itself - the opening of the hippodrome and the first Abaza races. Here the champion was Zamrat Tsekov’s horse Khaybar from Inzhich-Chukun.

A special prize was also awarded to the best rider, who was chosen for his appearance. It was Artur Kyatov from the village of Psyzh.

Each race was dedicated to a separate important event. For example, the memory of the volunteer soldiers who died in the Patriotic War of the people of Abkhazia, the memory of a native of the Apsua village, a prominent Russian financier Murzabek Titovich Aliyev, the memory of another resident of Apsua, the famous boxing trainer Mukhamed Agov. 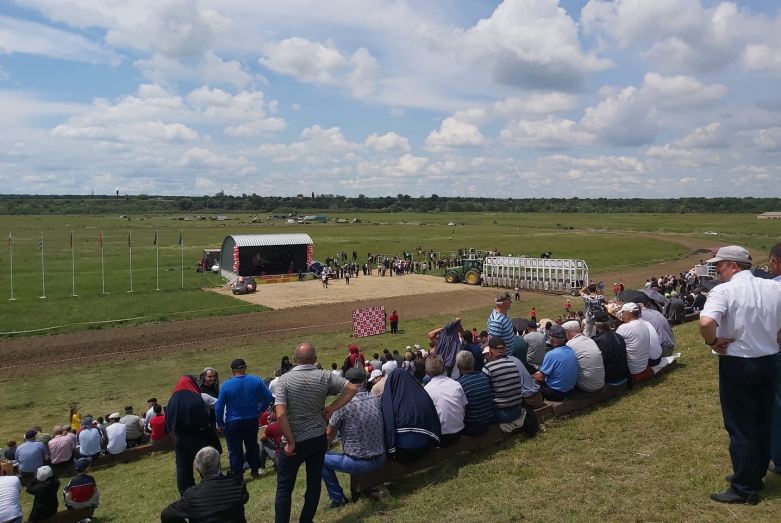 The opening of a new hippodrome in the village of Apsua was timed to coincide with the Day of Russia. The sports facility was built by local farmers, brothers Nazimbi and Nazir Tlisovs, with the support of the village administration and directly its head Anuar Kuzhev.

At the opening ceremony, which took place before the start of the race, on behalf of the residents of Apsua, the audience was greeted by the Chairman of the local council of elders Zaudin Tlisov.  Then, the Head of the Administration of the Head and Government of the KChR Murat Ozov, the head of the administration of the Adyge-Khabl region Eduard Derev, the President of the Equestrian Sports Federation of Abkhazia Milor Shulumba, Hero of Abkhazia Ibragim Yaganov spoke to the participants and spectators. In all speeches there were congratulations to the residents of the Apsua village and gratitude to the Tlisov brothers. 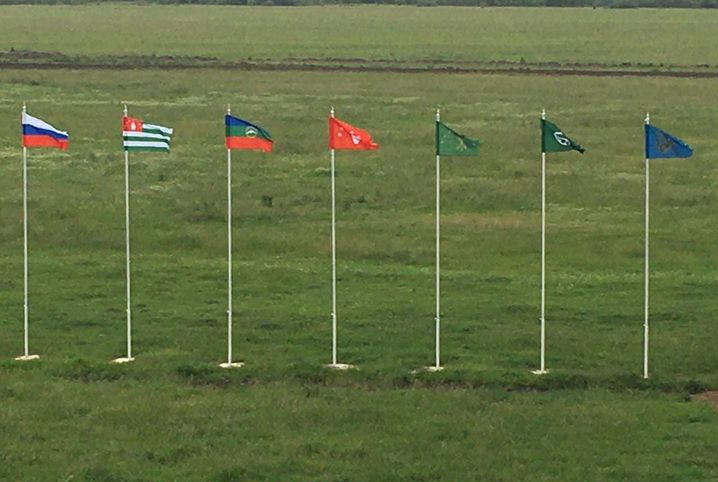 The head of a separate subdivision of the ANO "Alashara" in Cherkessk, Murat Mukov, read out a greeting on behalf of the President of the organization and Chairman of the Supreme Council of the WAC Mussa Ekzekov.

"Equestrian competitions have always been a favorite show of our people. Not a single festival was complete without horse races and horse riding (gymnastic and acrobatic stunts during horseback riding, a military-applied form of equestrian sport that arose and developed among the peoples of the Caucasus - ed.). The creation of such sites will allow us to revive not only these beautiful traditions, but also the glorious traditions of Abaza horse breeding. Today, the Abaza youth again began to be interested in horses, establish horse clubs, organizes horse crossings, arranges races.

It is wonderful. Let us have more clubs of interest, more platforms for active communication and unity," Mussa Ekzekov noted in his address.

He also expressed gratitude to the Tlisov family for such a gift to fellow villagers and all equestrian sports lovers, as well as, in general, for the contribution they make to the development of their native village. Ekzekov wished the farmers success in all their good deeds.

As for the the revival of horse breeding, a colorful booklet with the history of Abaza horse breeding was specially released for the opening of a new hippodrome and the first Abaza races.

The organizing committee of the event, upon whom a large-scale preparatory work has fallen, included Oleko Kuzhev, Umar Konchev, Akhmed Nirov, Bela Dzhemakulova and other activists. The organizers, in turn, noted the involvement of fellow villagers in the preparation of the event.

"Many people offered their help in holding the event, solving various issues, ranging from providing transport, cooking national dishes to meeting guests and organizing a concert. We are very grateful to everyone," said Umar Konchev, Chairman of the Abaza public organization.

He noted businessman Karabek Tlyabichev, head of the State Dance Theater of the KChR Murat Gagiev, sound engineer Kaplan Khachukov, artist Achar Meremkulov, journalist Aminat Dzugova and many others, thanks to whom the holiday became a success.