An archery tournament, timed to coincide with the Victory Day in the Patriotic War of the people of Abkhazia, was held in the "Apsny" ethnopark.

The annual archers' tournament was held in the "Apsny" ethnopark on Wednesday, September 29. The event is timed to the Day of Victory in the Patriotic War of the people of Abkhazia and  organized by the community of archers of the Republic "Афырхы" (translated from Abkhaz as the type of a tip of an (punishing) arrow with two blades - ed.).

Community President Adgur Kakoba said that the club holds three tournaments per year: on August 14, in memory of those perished in the PWPA, in July - a tournament in memory of the Hero of Abkhazia Valery Delba, and in September, on the eve of the Victory Day in the Patriotic War of the people of Abkhazia. 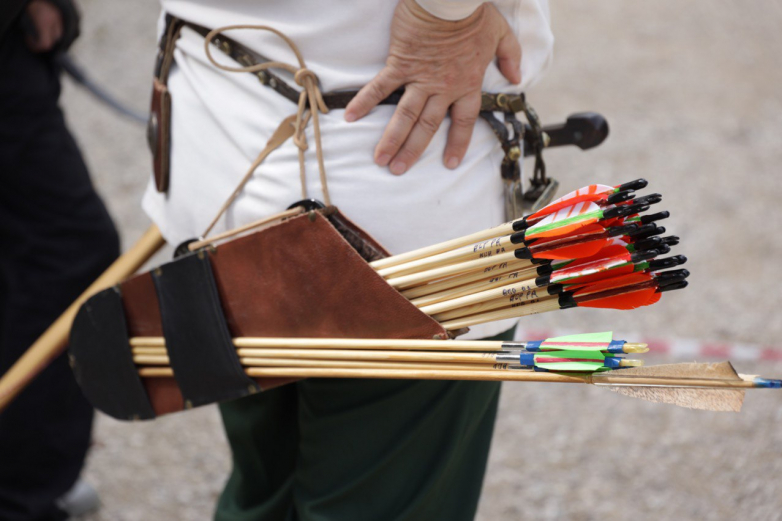 Kakoba said that the club has been in place for five years and includes 25 archers. The head of the club added that anyone can join "Афырхы": one only needs bow and arrow.

"If someone is interested in archery, we will gladly accept him into our ranks, share our experience and teach," Adgur Kakoba promised. 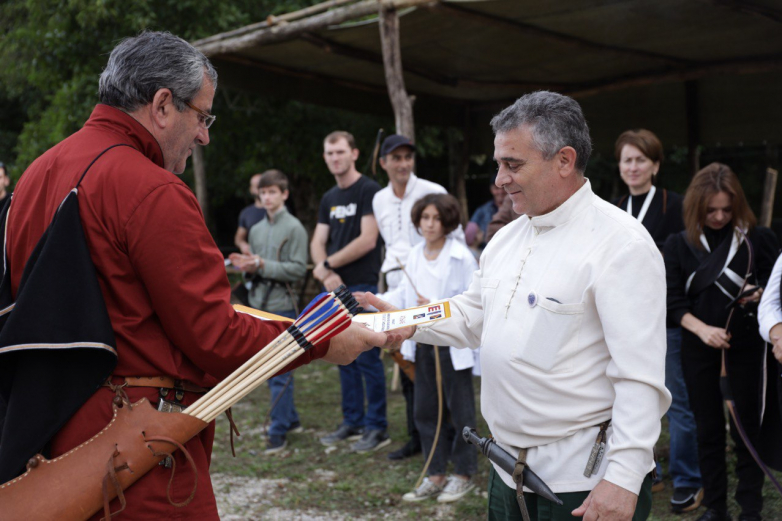 The president of "Афырхы" explained that the tournament consists of shooting in three categories: this is shooting at the "Abkhazian target" (it is a silhouette of a man; a hit to the torso is estimated at 10 points, to the head - 15 points, left and right of the head gives two points, below the belt - 5 points - ed.), shooting at a target with moving back and forth, shooting at a long distance. The winner is determined based on the results of all rounds.

"Abkhazians have always used bows not only for war, but also in competitions. There are still people who remember horse racing. The rider in motion had to hit the target from the bow.  So we decided to revive the traditional archery", said the head of the club.

The director of the "Apsny" ethnopark Rash Zantaria, in turn, said that the tournament of archers, timed to coincide with the Victory Day, is being held in the ethnopark for the second year in a row.

"Last year, friends of our park, the leaders of the Abkhazian archers community, approached us with a request to hold a tour at our place. We agreed without hesitation, since this is absolutely our story - the popularization of the national sport. Our employees have also joined the "Афырхы" club," Zantaria said. 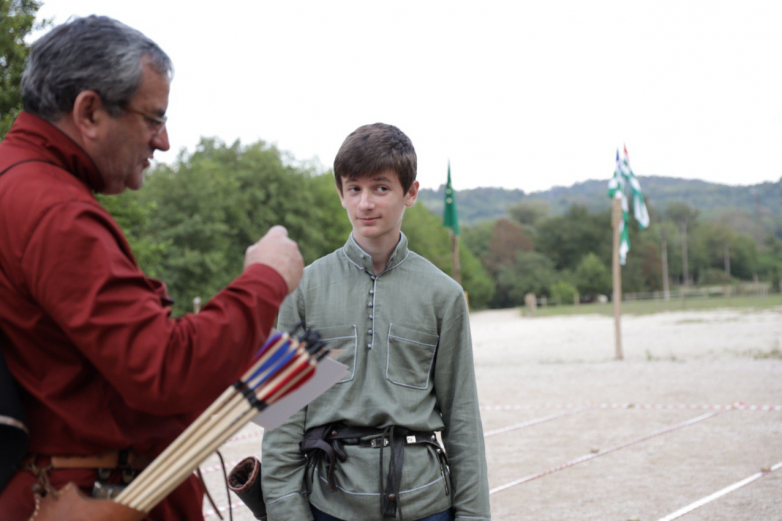 Community member Adamur Arshba has been doing archery for one year. He admits that his love for this sport came to him in an instant.

"Last year my friend and I got to the archery tournament, which was held in Kamany, and immediately wanted to take part in it. Of course, we were not allowed on that day. When we arrived in Sukhum, we immediately ordered bows and arrows, they came a month later, and we started shooting. We had training shooting ranges in Sukhum at the range in Upper Esher," said the shooter. 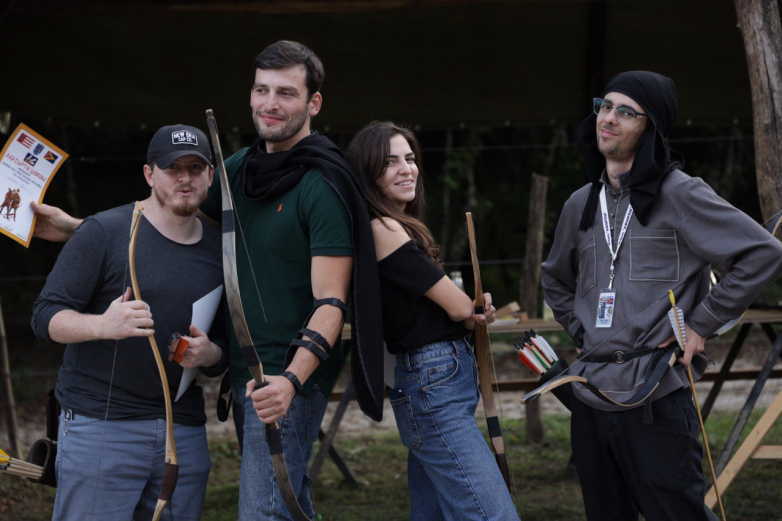 By the nature of his occupation, Adamur is a wood master. He admits that since childhood he loves weapons, they excite him. Adamur has already made a real bow himself: in this he was helped by the well-known archer in Abkhazia, the keeper of Abkhazian traditions, Batal Dzhapua. 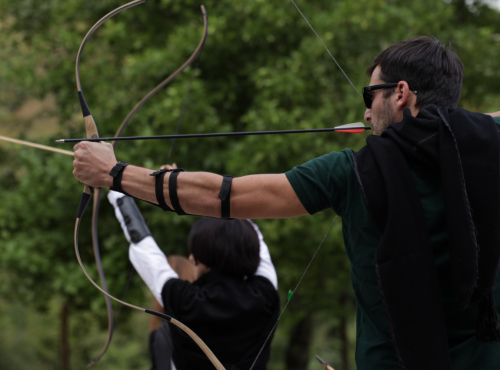 There are many women among the archers. There are 10 women in the "Афырхы" club alone.

Ilona Kvitsinia, director of the "Apsny" ethnopark museum, has been shooting a bow for about a year.

"As a Caucasian woman, it never even occurred to me that this was a "male sport". While in the club, I realized that the Abkhazian Amazons are not a myth, but our historical past, it is in our genetics.  Among us (members of the club) there are many mothers with many children. I have a competitive nature, I do not like "not to know how to do something", I think that this (archery - ed.) is my manifestation," the shooter shared.

Kvitsinia noted that Adgur Kakoba is her uncle, and it was he who brought her to the club.

"One day I decided to try it. I went there. I thought that bows and arrows were being handed out there: I didn’t even know that bows were picked individually. As a beginner, I was given a shot from the training bow. I missed all the targets. I didn't even know there was a shooting technique. Batal Dzhapua began to teach me later. On the day when I decided that I understood something, I unexpectedly took third place in one of the tournaments. My uncle was more happy than me. It was a serious motivation for me," a club regular shared her memories.

Valery Berzenia, an employee of the World Abaza Congress, also took part in the September tournament. He admitted that he loves to shoot a bow since childhood.

"I joined the club a few months ago and started practicing. I really like the spirit of this sport," explained Berzenia. 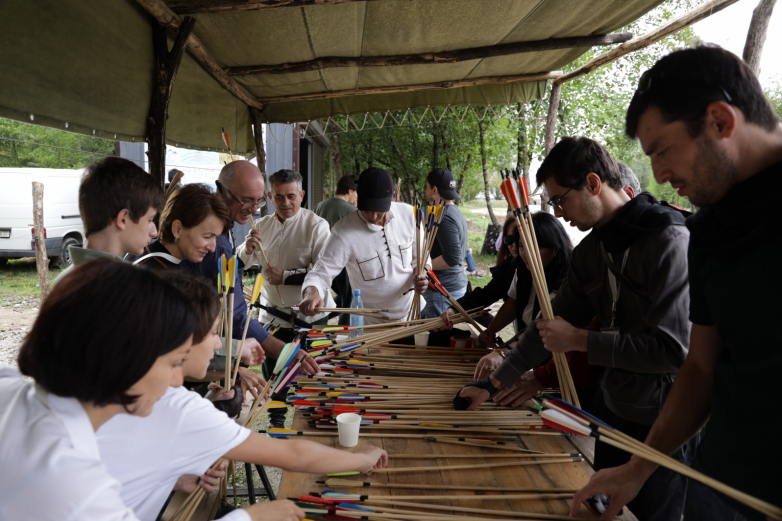 Participants of the tournament count arrows during one of the breaks.
© WAC / Ilona Khvartskiya 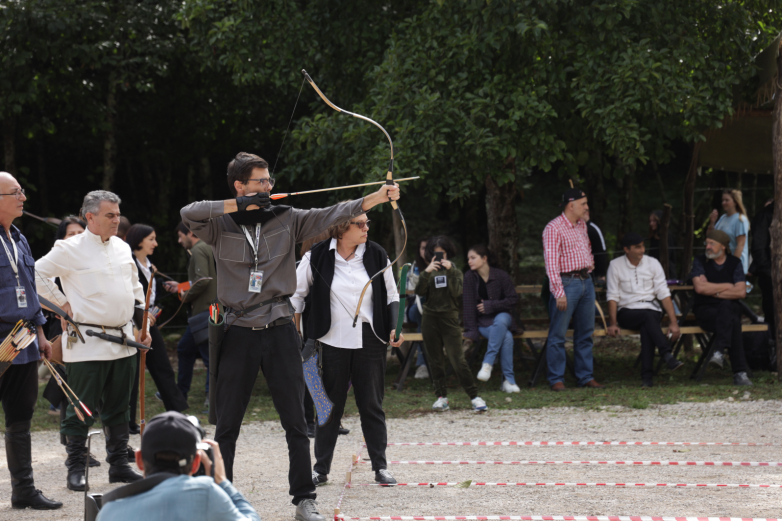 In the photo: Daut Logua is aiming at an Abkhazian target.
© WAC / Ilona Khvartskiya

All participants were awarded diplomas, and prize-winners were also awarded with memorable prizes. After the end of the tournament, everyone could shoot a bow at the target.