Creative evening dedicated to the 70th anniversary of the Abaza poet Kerim Mkhtse was held in the Stavropol region.

The anniversary evening of the People’s poet of the Karachay-Cherkess Republic, Kerim Mkhtse, was held in Stavropol on April 24th.  The event was a joint project of the Mikhail Lermontov Regional Scientific Library and the national-cultural autonomy of the Abaza of the Stavropol Region.

Library Director Zinaida Dolina warmly welcomed the guests of the evening, noting the tremendous importance of such events in order to popularize the language and culture of small nations.

The evening was attended by representatives of municipal authorities, academic and creative figures of the Karachay-Cherkess Republic, teachers, young people, friends and relatives of Kerim Mkhtse.  The meeting participants recalled the poet, read his poems in the Abaza and Russian languages, sang songs in his poems.  The hall was decorated with stands about the life and work of Mhtse, prepared by the library and the autonomous non-profit organization “Alashara”. 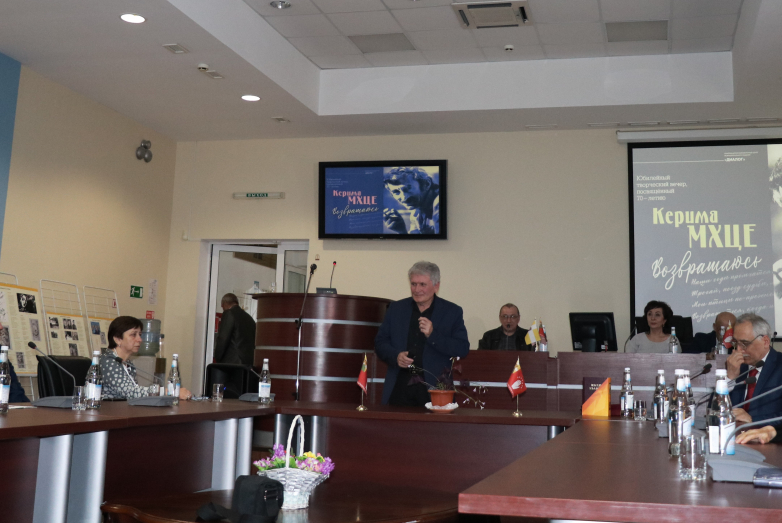 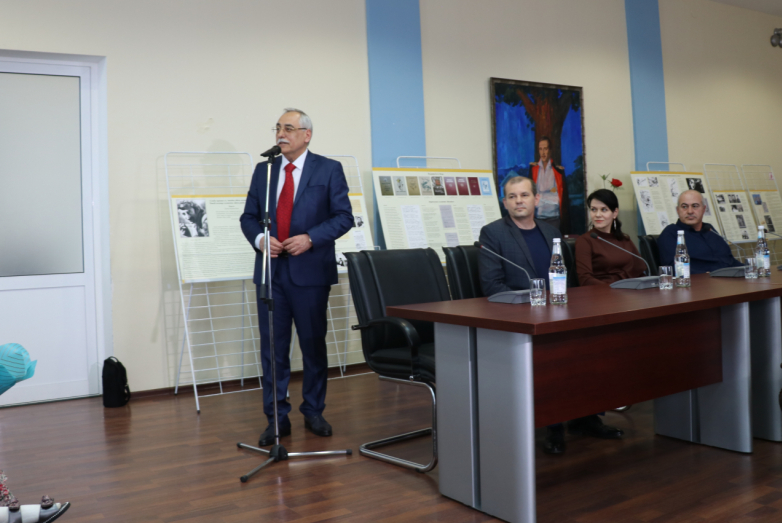 A detailed report on the life and work of the poet was made by Professor Peter Chekalov - Head of the Center for International Communication “Dialogue”, Doctor of Philology, researcher of Mkhtse creativity.

“Kerim Mkhtse is the best representative of Abaza literature.  It is necessary that as many people as possible learn about the creative legacy of the poet.  We need to introduce Kerim - deservedly - into the cultural space of Russia, expanding the boundaries of his fame,” said Chekalov.

The evening was attended by a poet from Moscow, Andrey Galamaga, who translated many poems by Kerim Mkhtse.  Presenting it, Peter Chekalov noted this production as a “colossal work”, which “can be considered the realization of one of the main national tasks”.  According to literary critics, Galamaga was able to professionally and accurately reproduce Mkhtse’s poems, to understand the depth of his perception of the world. 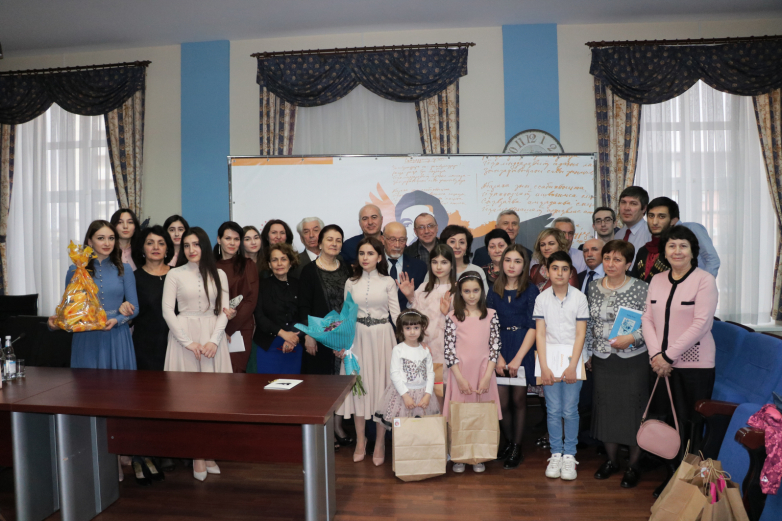 “The process of translating over a hundred poems took almost two years.  During this time I became very close with Kerim Mkhtse and with all the Abaza people, the translator admitted.  “I believe that, as Shakespeare was more than England, Pushkin was more than Russia, so Kerim Mkhtse is more than his “Abazinia.”  I am happy that I managed to implement this unique project.”

At the event were awarded the winners of a large-scale flash mob of poems by Kerim Mkhtse “Let's live as long as we live, value each other and love”, which was organized at the initiative of the head of the national-cultural autonomy of the Stavropol Region Abaza Armida Chagova and was held in social networks from 2 February to April 12th. 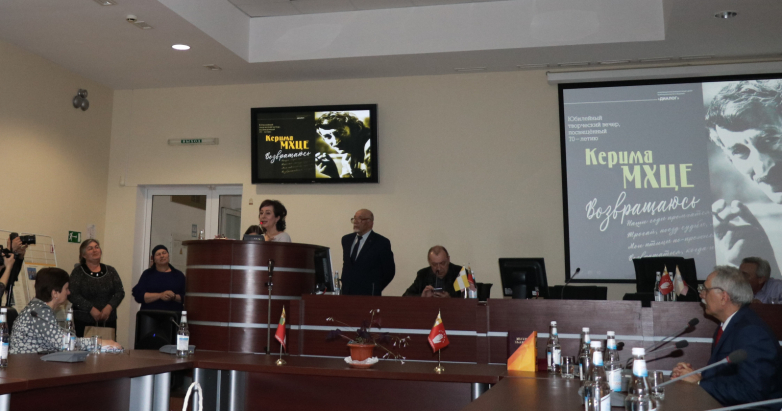 According to the organizer, the flash mob has acquired an international scale: video materials came from Abkhazia, Turkey, and students from Tajikistan took part in it.

“It is gratifying to realize that we have managed to involve so many participants in the popularization of the works of the Abaza poet.  This gives strength to continue the work on the preservation and development of our culture,” said Chagova.

The youngest participants of the flash mob Irina Khavtseva and Emir Mamchuev are 4 and 5 years old, and the most respectable were the head of the cultural center of the Stavropol Abaza of Vladimir Kurchev and the specialist of the Committee of the Stavropol Region on Nationalities and Cossacks Natalia Grebenkova. 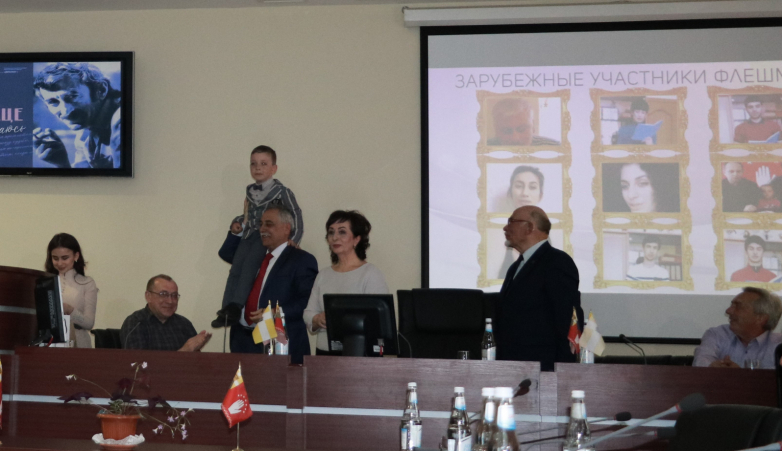 “I chose poems all night [from those translated into Russian] and stopped at the poem “At Home”, which I really like.  I touched the work of a talented poet.  Now this is my legacy too,” admitted Natalya Grebenkova. 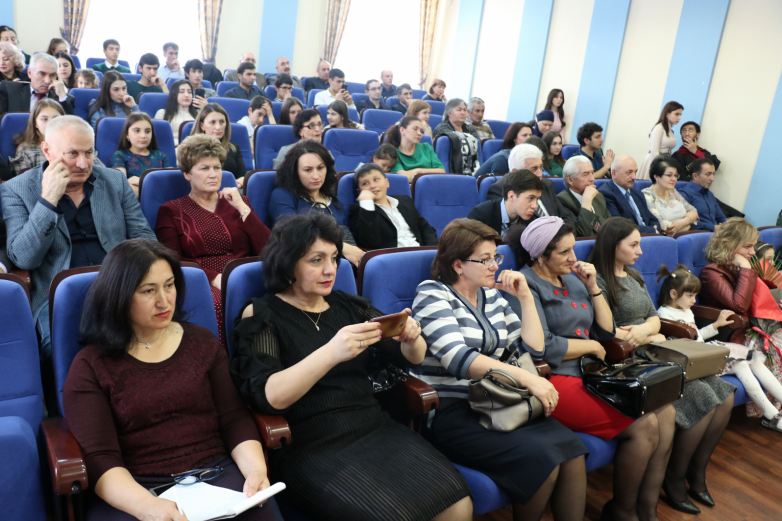 The first place was awarded to Liana Pshmakhova, a student of the Karachay-Cherkess Pedagogical College named after  Umar Khabekov: her video has 1200 likes and 2500 views.

A creative evening dedicated to the 70th anniversary of the birth of Kerim Mkhtse became a cultural event that brought together tens of thousands of admirers of his talent.  On the eve of the anniversary, several memorable events are planned in honor of the famous Abaza poet.