Dreams of homeland: the story of Aziz Abaza from Jordan

The WAC web info portal continues to tell stories about representatives of the Abkhaz-Abaza ethnic group living abroad. This story is about Aziz Abaza (Mkhtse) from Jordan.

A trip to the Hashemite Kingdom of Jordan - the people whom we had a chance to meet there, the places that we managed to see, the warm meetings and even the special, excellent food at these warm meetings - all this will still be remembered for a long time in everyone who has visited Jordan as part of the WAC delegation in August of this year. Indeed, meeting their compatriots from another country, acquaintance with their life, the stories of their families, their way of life - this is a real gift. 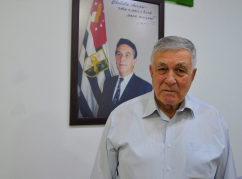 “To infect with love for the motherland”: Hasan Abaza on finding roots and Jordanian Diaspora

On the very first day of our arrival, in the office of the “Diwan Abaza” organization, which unites all representatives of the Abkhaz-Abaza ethnic group of Jordan, we met Aziz Abaza (Mkhtse) (a feature of the Jordanian diaspora, like the Diaspora in Egypt , is that all its representatives belong to one genus of Abaza and officially bear the surname of Abaza, but not all families remember their historical surnames - ed).

And already on the second day of acquaintance, as is customary in our common homeland, in Abkhazia, the whole delegation was invited to his house, where we were seated at a table that was full of food, and where we communicated in a family way with the Aziz’s family and his associates of “Diwan Abaza.”  All conversations - both jokes and deep thoughts - somehow related to Abkhazia.  How could it have been otherwise if the longing for one’s native land is read in the eyes of everyone who feels that they are part of an Abkhaz-Abaza ethnic group, even if he has never seen his historical homeland?

Sons and daughters of Abaza

The hospitable host told us about his ancestors.  His grandfather moved from the Caucasus to Syria, married there.  He had a son, the eldest uncle of Aziz.  Then the family moved and settled in Amman, in Jordan.  Two years later, they had two more sons - the father of Aziz and a second uncle. 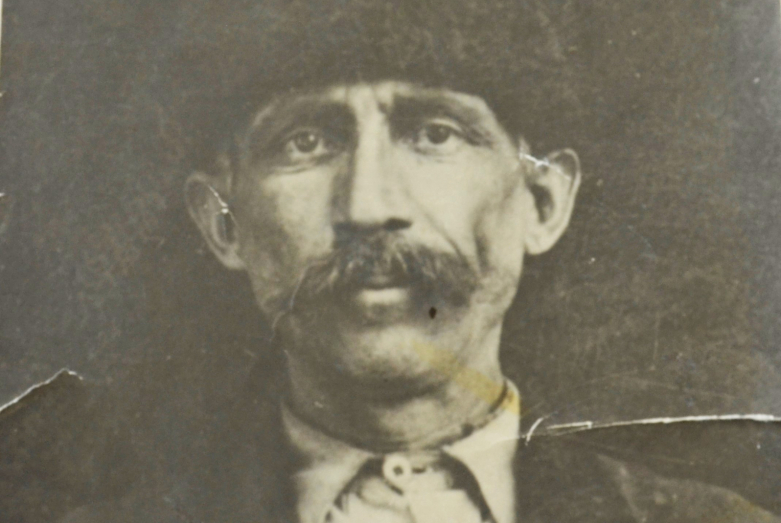 But in the next generation, for all these sons who became men, for some reason, only daughters were born. 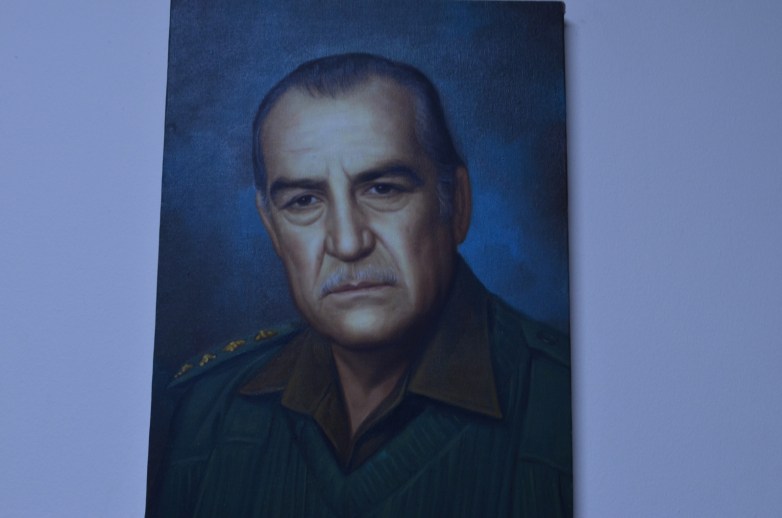 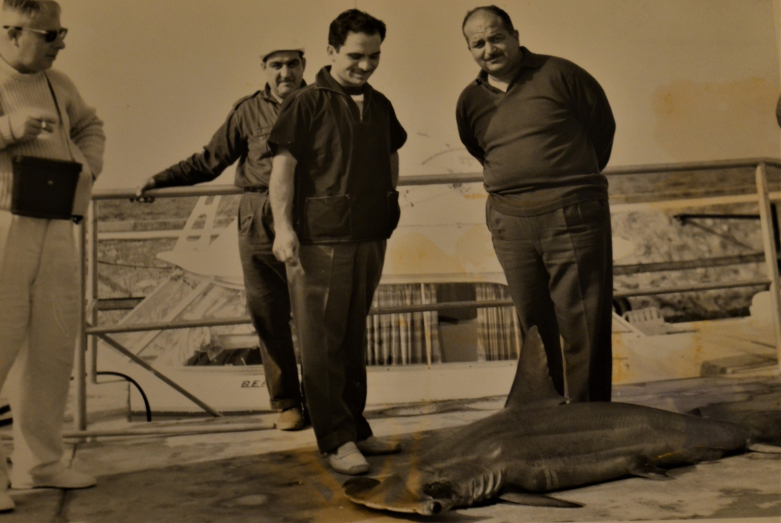 Today he is not only a happy dad, but also the grandfather of two grandsons and two granddaughters.

His father, Kheirildean Abaza (Mkhtse), after school, served in the border troops of the British Army, and then transferred to the Jordanian army, until retiring, served in the Royal Guard, where he was responsible for the state of technology, including the condition of cars and motorcycles of King Hussein.

Then Kheirildean Abaza moved to the Jordanian city of Aqaba, where he was responsible for the condition of the king's yachts.

“I was four years old then,” - Aziz recalls. - “My family followed my father. I went to school there, and after studying, I was sent to London for a year to study English.” 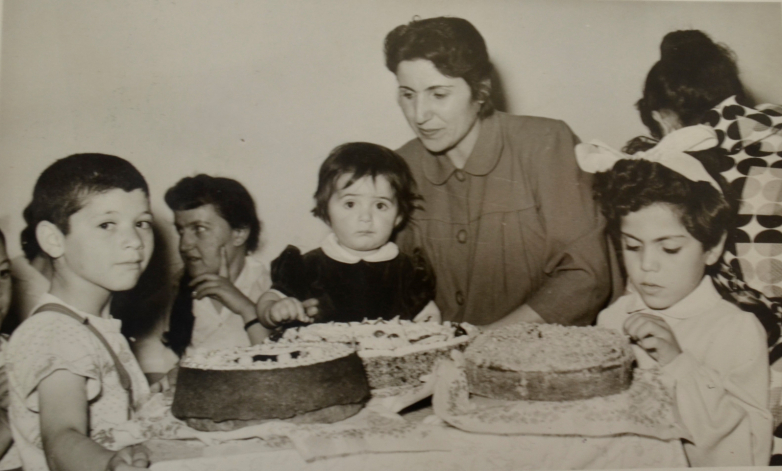 By the age of nineteen, the young man returned to Amman, began to study computer literacy, and became a programmer.  After graduation, he went to serve in the General Intelligence Directorate of  of Jordan (GID). 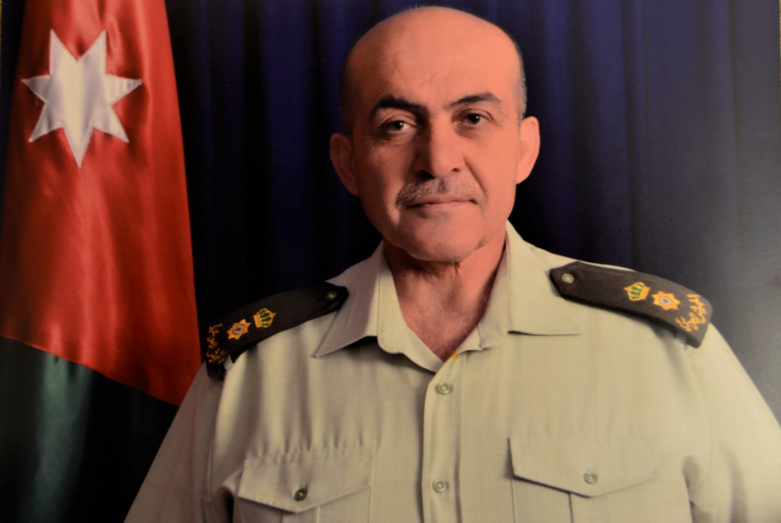 “During my service at the Royal Intelligence, I had the opportunity to change many different professions: I was engaged in computer security, was an electrician, an expert in cold steel and explosions,” says Aziz Abaza (Mkhtse).

In total, he served for 34 years and was repeatedly awarded medals for valiant service.  One of the most valuable and dear to him is the Royal Medal of Independence of Jordan, which he personally was awarded by Crown Prince Hassan in the 1990s

Modest and laconic, Aziz is completely silent and only smiles when it comes to his work in intelligence. And his interlocutors, of course, become interested in what qualities need to be possessed so that you, not a Jordanian by origin, are entrusted with such a responsible position in royal intelligence.

“In Jordan, I am, first and foremost, a Circassian (all immigrants from the Caucasus in Jordan belong to the Circassian community, the Abkhaz-Abaza Diaspora, in particular - ed.).  And the Circassians are very close to the king.  In the Circassians of Jordan, there is a kind of genetic devotion to the royal family, we appreciate such qualities as courage, reliability,” Aziz explains. 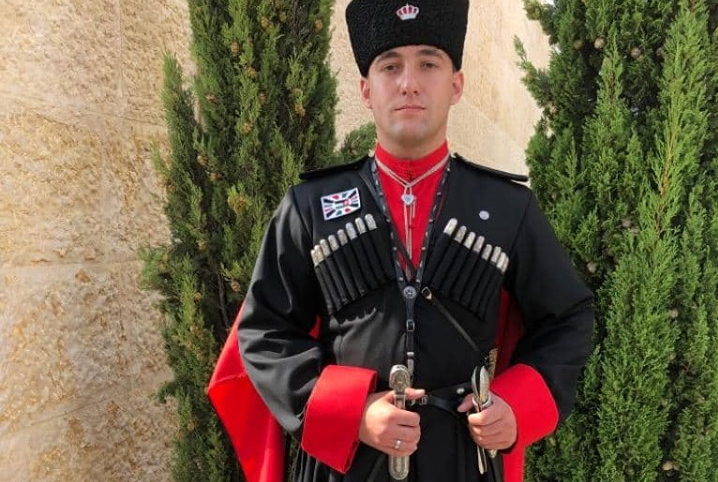 Today, Aziz Abaza (Mhtse), a senior citizen, is at the same time the financial manager of “Diwan Abaza” and an active member of the Abkhaz-Abaza community of Jordan. And at the beginning of the activities of the “Diwan Abaza”, he was the Secretary General of the organization.  Today, Aziz also writes the programs necessary for the work, and is also responsible for the activities of obtaining Abkhaz passports by compatriots from Jordan.

“When people come to us to join the organization and obtain an Abkhaz passport, I conduct a small investigation to establish their historical roots.  Probably my intelligence experience came in handy (laughs). We establish a historical surname, check with the list of Abkhaz and Abaza surnames that we have. We got this list from Abkhazia, translated it into Russian and Arabic.  We also study the history of the family - which of their ancestors and where they came from, establish family ties,” Aziz Abaza talks about the everyday life of the organization.

According to him, there are many difficulties with the fact that some Caucasian surnames are consonant.  Moreover, when translated into Arabic, some changes in their spelling may appear.

“It happens that some of those who apply have Shapsug, Ubykh, or Kabardian roots.  We take this work very seriously, it takes a lot of time,” Aziz Abaza shares. 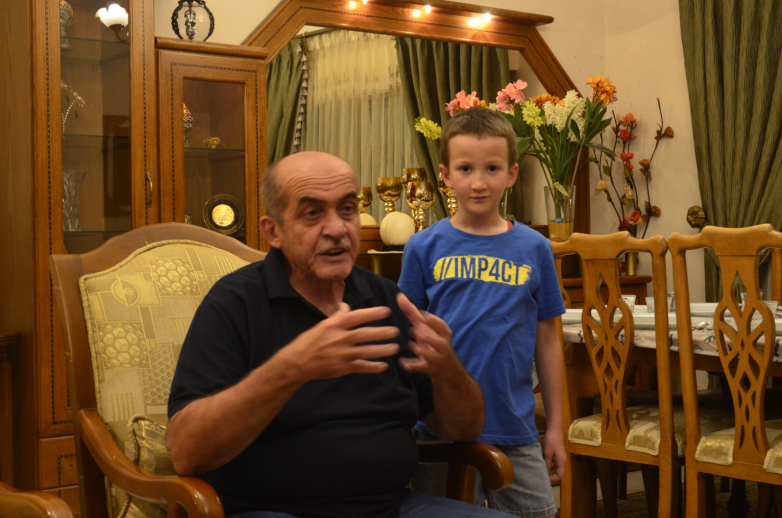 Aziz himself was 20 years old when he first learned from his father that they were Abaza, which meant that, in addition to being Circassians (Caucasians - ed.), they still had their own roots, their own language.

Aziz spent his childhood in Aqaba, where there were no other representatives of the Abkhaz-Abaza ethnic group, and he did not have the opportunity to communicate with someone, to hear the language.  According to him, mainly Abkhaz and Abaza live in Zarka and in Amman.  In Amman, over time, he began to meet other representatives of the Abaza clan who knew his father in his youth.

“Having started my work at the “Diwan Abaza”, I began to restore the details of the history of my roots. I learned about our historical homeland, realized that there are many of us in Jordan (according to “Diwan Abaza”, more than 4000 representatives of the Abkhaz-Abaza ethnic group live in Amman. 750 of them already have Abkhaz passports - ed.).  In the 1990s, I did not even know about Abkhazia, about the war.  My condition can be described as shocking when I first met those who fought for the freedom of Abkhazia.  I realized that we have a homeland, I learned the history of the country,” Aziz Abaza recalls with pain. 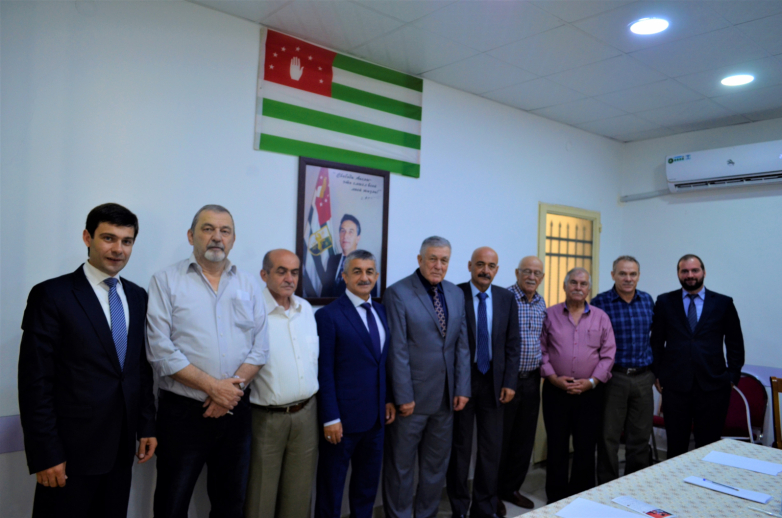 Wake up in Abkhazia

Remembering his first visit to Abkhazia, Aziz Abaza tells how many “sleeping memories” awoke in his soul when he first went to the promenade.

“When I first saw the beauty of our homeland, I began to recall my ancestors who left this paradise and had to start a new life in a foreign country. They had a lot to suffer and fight, had to build a life without anything, not even their own land.  The climatic conditions in Jordan are very different from those to which they are accustomed in Abkhazia. The desert is here, rains are rare, and without rains there can be no grass and other greenery, which is abundant in Abkhazia.  Our homeland is incredibly beautiful,” Aziz smiles and shares his dream of moving to Abkhazia, although, according to him, much more needs to be prepared.

It is impossible to “give up everything” and just move the whole family. 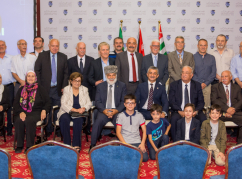 “I am a pensioner, only my family keeps me.  Children and grandchildren study and work.  In Abkhazia, it will not be easy for them to find work without knowing the language.  And without work it is impossible to put the children and my grandchildren on their feet.  My wife and I spent three weeks in Sukhum, from there we went to Sochi, not knowing Russian, but somehow managed.  When you relax, this is one thing, but for work and study you need to know the language.  Therefore, the family is not yet ready to move in full force,” says Aziz Abaza (Mkhtse).

He himself dreams of living in an Abkhaz village, of a house with a small garden in which fruits would grow.

“In Abkhazia there is a beautiful nature, clean water, which is sorely lacking in the world. Factories, oil production and other industries will destroy this beauty.  The most important thing is not to play with nature, to leave it untouched,” Aziz worries about the future of his homeland.

So - with the dream of the motherland and care for his family, about his compatriots - today lives one of our brothers in Jordan, Aziz Abaza (Mkhtse).  Communication with him and other representatives of the Abkhaz-Abaza ethnic group in Jordan once again confirms the fact that the call of blood cannot be drowned out by time and distance.