Inar Gitsba on the work of the WAC: the international agenda in 2020 will continue and strengthen

WAC summed up the organization’s work for 2019 in various areas. The Executive Secretary of the Congress, Inar Gitsba, informed about international activities, Women's and Youth Councils and the results of the work of the Councils of local offices.

The Executive Secretary of WAC Inar Gitsba told about the results of the international activities of the Congress in 2019, as well as about the work and plans regarding the work of the Local offices. 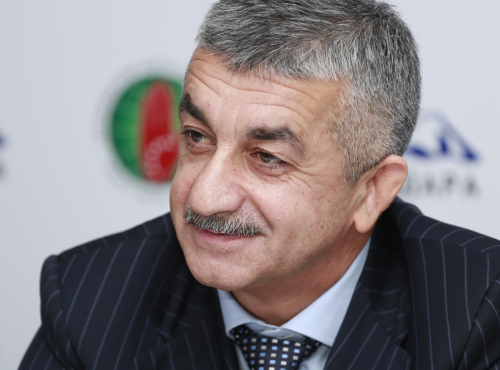 Ekzekov on the results of the year and the plans of the WAC: love for the people encourages to be creative

He recalled that the main task of the WAC is to unite representatives of the Abkhaz-Abaza ethnic group from around the world, establishing strong ties. Solving this problem, over the past year, the WAC, on behalf of the Chairman of the WAC Mussa Ekzekov, visited the countries of compact residence of the Abkhaz-Abaza and Ubykh Diasporas: Turkey, Egypt, Jordan, Great Britain, the Netherlands, Belgium and Germany.

“Mussa Ekzekov himself made an official visit to Turkey and Jordan.  In total, the Congress established 11 regional offices.  Work is underway to form similar branches in Egypt and Jordan,” said Gitsba.

“Speaking about the international activity of the WAC, I believe that the tasks set were completed in almost full volume.  As for the process of establishing local offices, I’ll note that the result is not bad, but I’m sure that 2020 will bring more results, since the work plan for the next period is substantially oriented towards work inside Abkhazia.  This does not mean that the Congress will not implement the international agenda next year.  On the contrary, it will continue and strengthen. We will be wherever our brothers and sisters live.  And in those countries where regional and local branches are already functioning, joint projects will be implemented to preserve and strengthen ethnocultural values,” said the Executive Secretary of the WAC.

He believes that the creation of local offices of the WAC in all villages of Abkhazia will “transform” the attitude of the local population to issues of solving urgent difficulties, and will help residents to overcome difficulties together.

“Our villages have enormous potential, which should be used to overcome problems.  We all together, at any level, can make our reality much more comfortable, helping, thereby, the formation of a conscious civil society, its dynamic development, and, as a consequence, the development of our state as a whole.  Perhaps not everything will turn out right away.  But this is permissible.  The main thing is not to interrupt the process,” said Gitsba.

He cited the example of the Local office of the heroic town of Gudauta, where, in a short time, thanks to the activity and cohesion of the team of the council of the local office, three projects were implemented: workout sites, installing garbage bins and providing water to the local school.

The Executive Secretary of the WAC Inar Gitsba separately highlighted the work of Women's and Youth Councils.

He noted that the Youth and Women's Councils became the “innovation” of the renewed structure of the Congress, and one of the key functions of these branches is to unite people by age and gender groups to more effectively address youth and women's issues.

“The World Abaza Congress is an organization that shapes and lays such ideological guidelines as, for example, the importance of family values, a healthy lifestyle, spiritual, moral and patriotic education,” Inar Gitsba emphasized.

Given that both areas - both Women's and Youth Councils - started from scratch, significant work has been done over the past period, Gitsba believes. 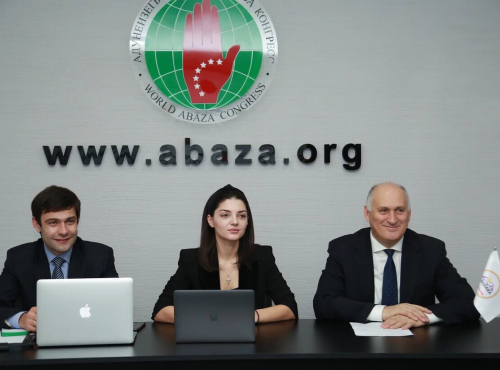 “First of all, teams of like-minded central offices of councils are almost completely formed. Thanks to the coordinated work of the head of the Women's Councils, Geta Ardzinba and the head of the Youth Councils, Levan Torchua, it was possible to organize and conduct such large-scale events as International Children's Day, State Flag Day of the Republic of Abkhazia, the first [in Abkhazia] cultural and sports festival “Abaza”.  It was possible to carry out a number of “Soul Warmth” humanitarian actions, to solve some social and domestic problems in villages and towns of Abkhazia, as well as to honor the memory of the victims of the tragic events of the 19th century and forced resettlement,” the Executive Secretary of the WAC told about the main actions of the councils.

He added that during the events, the members of the Women's Councils “received applications for joining the ranks of the WAC”.

The World Abaza Congress (WAC) is an organization with a history and rich heritage.  Currently, the WAC carries out its activities in several main areas: international activities in countries of compact diaspora residence, field work, work with women representatives of the Abkhaz-Abaza people and youth, development of a web information portal in several languages, etc.  The main task of the Congress is to unite all representatives of the Abkhaz-Abaza ethnic group living in the world.  Any representative of the Abaza people from anywhere in the world can enter the organization.  For this you need to fill out an online application on the Web Information portal of the World Abaza Congress.