The WAC Parents' Club held a regular meeting with parents and children dedicated to the rehabilitation potential of children with mental and speech retardation.

The Parents' Club of the World Abaza Congress held a regular meeting on the rehabilitation potential of children with mental and speech retardation. The meeting was held in Gagra on Saturday, December 3.

The speakers at the meeting were neurologist Albina Khodzhava, psychologist-defectologist, speech therapist Elena Stogova. Art therapist, defectologist Tina Chkhaidze was also invited to the meeting. She held a master class on drawing and making New Year's postcards for children who came to the meeting with their parents.

The moderator of the Parents' Club, the head of the Department of Education, Social Development and Health of the WAC, Izolda Khagba, noted the need to protect children with similar problems by law and help them become equal participants in society.

"Unfortunately, as we see today, children with mental and speech disorders face problems of rejection in society, often in educational institutions. The state should take steps to regulate this issue. The decision to accept children, for example, in kindergartens and schools should be made by the established medical commission, and not by people who are incompetent to make diagnoses. Of course, we are talking about those children who have retained intelligence," Khagba said. 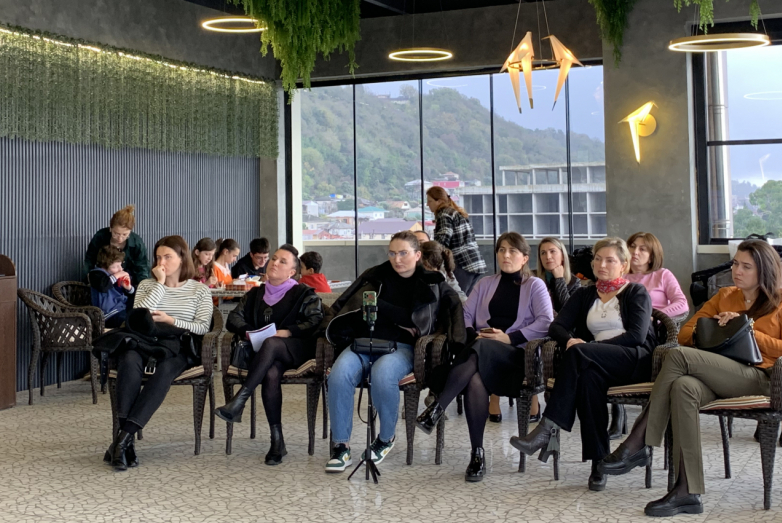 She believes that "society can allow itself to attribute a diagnosis to someone else's child." According to Khagba, people without appropriate education should not decide the fate of children and their families, who are already in a difficult situation.

"Only specialists have the right to diagnose and tell parents that their children have autism, mental or speech delay. The Parliament is working on the "Law on Education", and this law should regulate such issues. The medical community of Abkhazia should also get involved in this work," Khagba said.

Invited expert neurologist Albina Khodzhava held a presentation on the "Rehabilitation potential of children with mental and speech retardation", in which she noted how important it is to monitor the psychoverbal development of children from an early age. 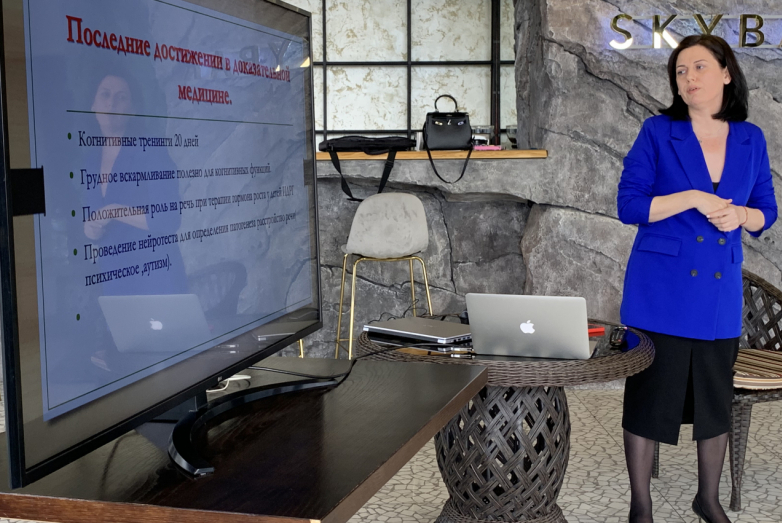 "According to global statistics, since 2014 there has been a tendency for the development of mental and speech disorders in children from an early age. In the last few years, we have seen an increase in such cases in Abkhazia. There are a number of relatively new disorders of this kind, and all have varying degrees of complexity. These can be children with excessive activity, incontinence, autism, mental or speech disorders, motor or sensory alalia (absence or underdevelopment of speech among children with normal hearing - ed.)," Khodzhava noted.

According to the neurologist, the treatment of such children is hampered by the fact that these are relatively new diseases in medicine and the causes of their occurrence have not yet been fully studied. Khodzhava is convinced that planned trips to neurologists from birth can be a good prevention of many problems. 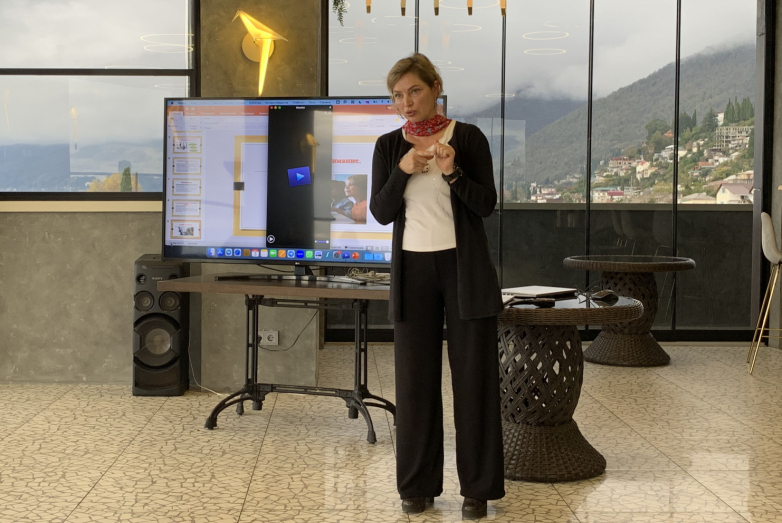 "If a child still encounters developmental difficulties, the help of such specialists as a speech therapist, speech pathologist, child psychologist, as well as drug treatment becomes necessary. Treatment by a neurologist alone without the help of other specialists, as a rule, becomes useless," Khodzhava said.

Speech pathologist Elena Stogova told about the importance of working in this direction and noted a number of factors due to which parents can avoid problems with the development of children.

"Recently, more and more parents are turning to speech pathologists for help. First, defectologists examine the child in terms of motor skills, gaze and lack of speech. However, since defectology is a pedagogical science, we do not make diagnoses. A defectologist must perform his work together with a neurologist and a psychologist. Effective treatment also requires drug therapy and physical therapy, for example, general massage and speech therapy massage," said Elena Stogova.

According to the expert, all future parents need to take into account the tendency for the development of disorders of this kind in children. 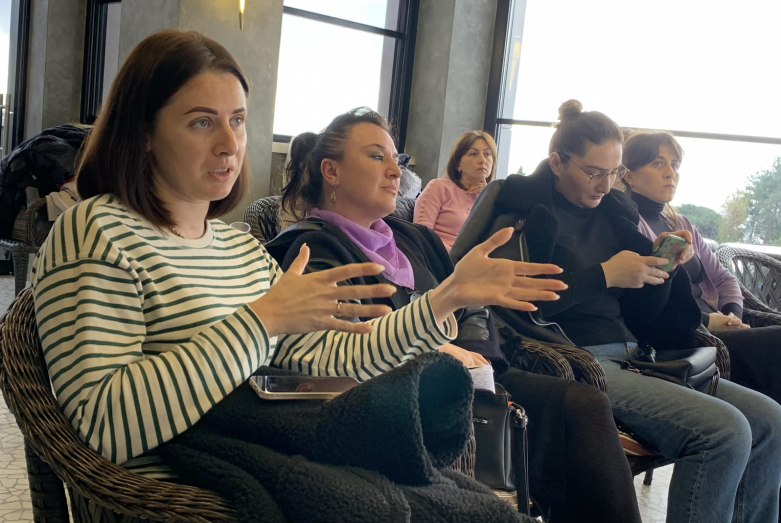 "Planning pregnancy is considered an important factor in avoiding problems of any nature. Stress during pregnancy, as well as its course, health problems of future parents will affect the health of the child. They are more likely to be avoided only with a serious attitude to one's health," the expert added.

Parent Oksana Kondratyeva from Gudauta shared her own story and advised her parents not to be afraid of the diagnosis.

"When my child turned three years old, I began to notice that many processes are either going slowly or not going at all. My child did not pronounce syllables, words, was hyperactive. After discovering problems, we have been treated by a neurologist, a speech pathologist, a psychologist for five years now. Now my child is eight years old, he begins to pronounce words. I hope to send him to school soon. I advise all parents who are faced with such difficulties not to be afraid, not to try to deny the diagnosis, go to the doctors, fight for their children, and then everything will be fine," said Oksana Kondratyeva.

At the end of the meeting, the participants thanked the WAC for organizing a platform for an open discussion of the issues of the most important members of society - children. 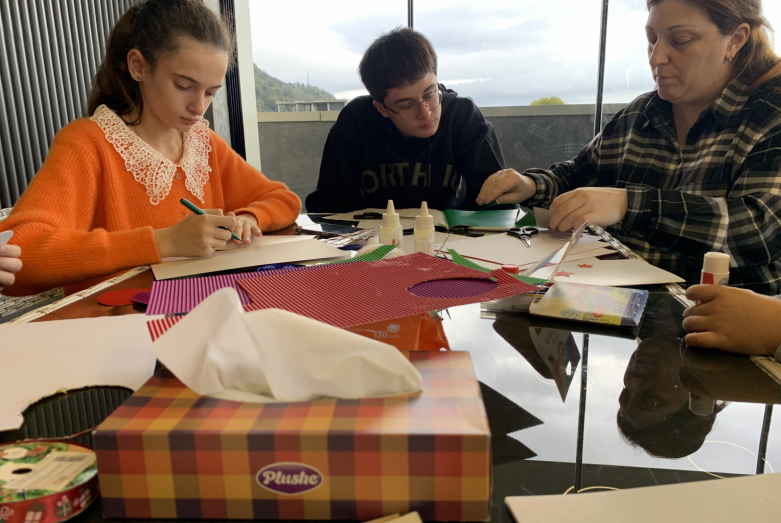 "I am grateful to the organizers for such an important conversation. I believe that such meetings are necessary for both families and all employees of pedagogical institutions. I hope that open discussions on this topic will continue in the future," said the teacher of the Gagra kindergarten No. 2, Vera Rushitskaya.

The Parents' Club is a special project under the Discussion Club of the World Abaza Congress. The club began its work in November 2019 in Sukhum, and from 2021, it began to be held in Gagra. Any parent can become a member of the Parents’ Club. According to the organizers, the main condition for this is "interest and motivation". The club holds meetings with psychologists, pediatricians, various experts in the field of education and development of children.