President of the Republic of Abkhazia Aslan Bzhania and Chairman of the Supreme Council of the WAC Mussa Ekzekov met in Sukhum, where Ekzekov arrived on a working visit. On the same day, Bzhania visited the WAC office.

The Chairman of the Supreme Council of the World Abaza Congress arrived in Abkhazia and met with the President Aslan Bzhania on Wednesday 24 March. The meeting took place at the Presidential Administration in Sukhum and began with greetings in the native language.

The President made a friendly appeal to the philanthropist and outstanding representative of the Abkhaz-Abaza people.

Mussa Ekzekov, in turn, answered in Abaza, which is related to the Abkhaz language. All the participants in the meeting understood what was said without translation.

"I would like to tell you about the work of our congress. All the forces and capabilities of the Congress are aimed at making people happy and making their life better," Ekzekov outlined the subject of his speech. 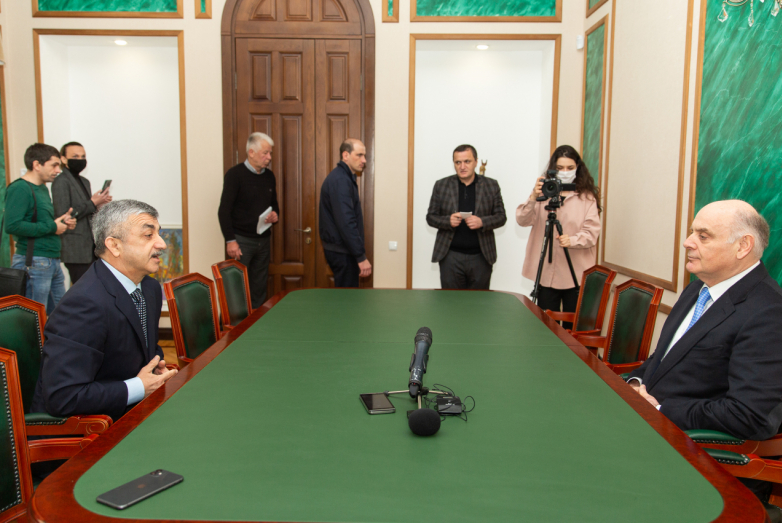 Further, the meeting was held in a closed format without journalists. At the end of the meeting, during a press briefing, Ekzekov said that he and the President discussed the WAC team potential for the implementation of numerous projects.

"We talked about the projects that the WAC is implementing in Abkhazia, about how you can expand your potential and opportunities. On the part of the President, there is full understanding and great interest in everything where it is really possible to change people's lives for the better. The President studied these opportunities very carefully, asked questions, showed interest," Ekzekov said.

Later that day, March 24, Bzhania visited the WAC office and met with the team. 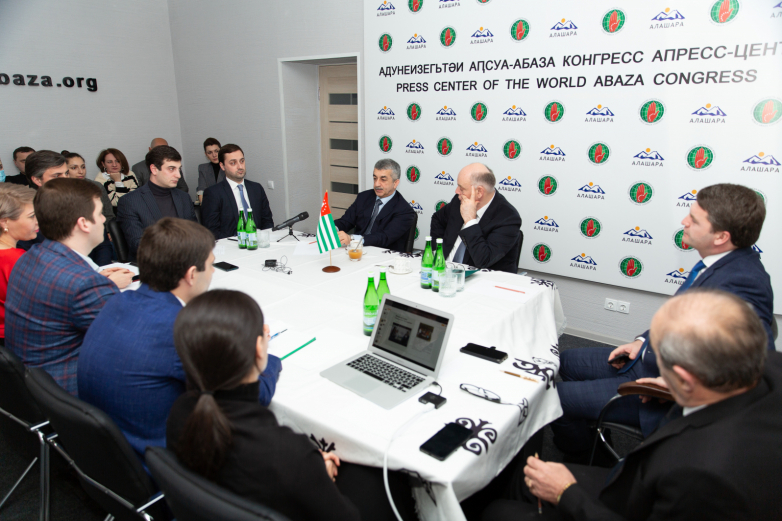 During the meeting of the President with the heads of directions and employees, Mussa Ekzekov noted how quickly an agreement was reached on this visit.

"At today's meeting in the Presidential Administration, I [only] asked when it was possible to expect Aslan Georgievich to visit our office. And immediately a positive reaction followed. I hope such meetings will become a good tradition as an annual report on the work of the Congress. We will listen, analyze and think about what else we can work on," said the head of the WAC and explained for the President and all those present: "The WAC takes on projects and implements them not as a project for the sake of a project. Each project should benefit a specific participant, person, specific family, society as a whole. The final result is important."

WAC Executive Secretary Inar Gitsba and WAC Chief of Staff Kan Tania spoke about the main directions of the Congress, its structure, system and work of regional and local branches.

The leaders noted that the WAC team today is a well-coordinated team facing the most important tasks: strengthening the ethnocultural unity of the Abkhaz-Abaza people, preserving and developing the native language, traditions and culture both in Abkhazia and in the countries of compact residence of the Abkhaz-Abaza Diaspora. 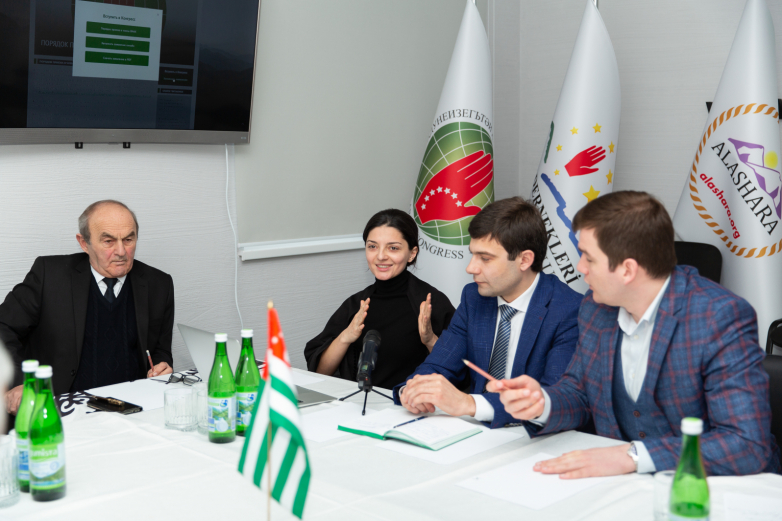 Aslan Bzhania was impressed by the fruitful and well-coordinated work of the WAC team and even joked that he did not want to "leave such an office." He advised young employees to think about public service, as he saw them as educated professionals. Then he turned to Musa Ekzekov.

"The problems you are solving are not easy. I am surprised that, as a businessman, you find the time, energy and opportunity to show interest in and solve these problems," Bzhania said. "Even helping one family is highly appreciated today. Someone might think that the issues that Congress deals with should be resolved by the state. Let me tell you how I see the situation. We all need to work together for the good of the state". 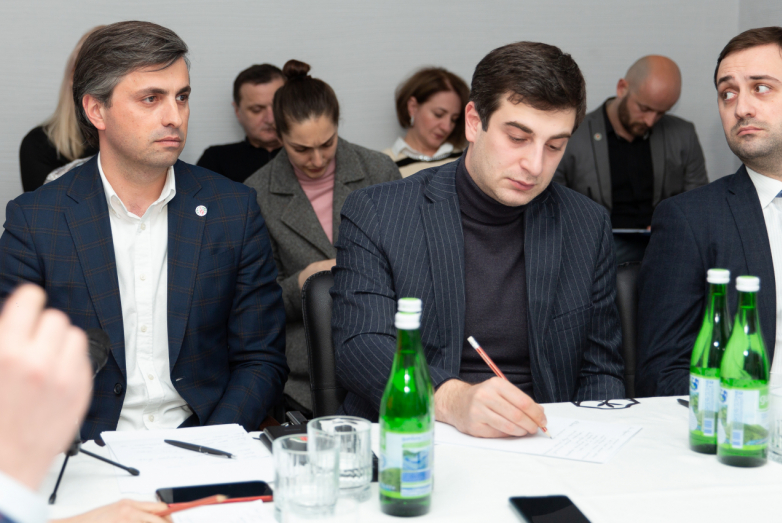 The President recalled his legendary predecessor Vladislav Ardzinba and his attitude to state building.

"What remains to be done is greater than what has been done. Vladislav said: the worst is over, and the most difficult is ahead. The issue of state building, development and service to it is the main issue. There are very few structures that work effectively. When there are enthusiasts like you, this is a great help for the state. The way your work is organized is unique, you will not find anything similar in any party, and let no one be offended. I want to thank you for your work," concluded Aslan Bzhania.

Mussa Ekzekov, in turn, noted that the WAC does not divide state affairs and the affairs of the Congress, since everyone is working for the common good.

"Our goal is to help each of our people so that they feel what we think about them, to give the warmth of our hearts, to show that we are near," said the Chairman of the WAC Supreme Council. 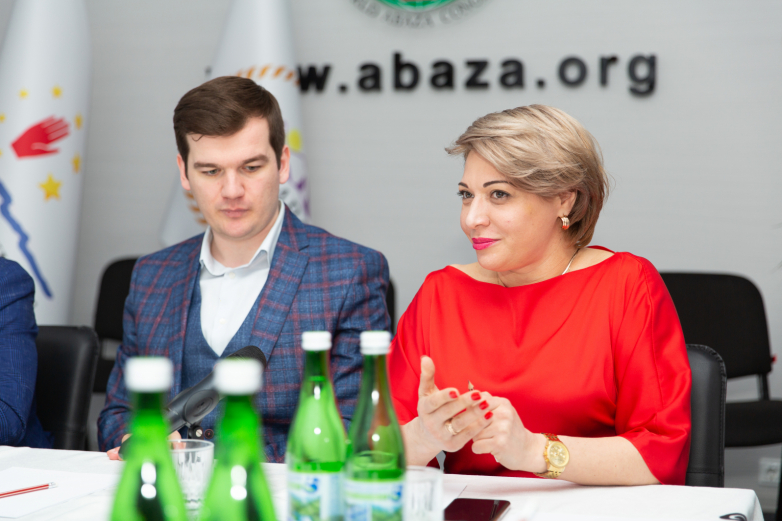 Mussa Ekzekov's working visit to Abkhazia will last until March 27 and will include a number of meetings with members of the Supreme Council of the Congress, as well as with representatives of the local branches of the WAC in the villages and districts of Abkhazia.