The WAC Parent’s club met with a pediatrician from Moscow

The second practical meeting of parents with a specialist, a pediatrician Astanda Kvarchia, took place at the WAC Parent’s club.

A meeting with the leading pediatrician of the Emergency Pediatrics department of the Scientific Medical Research Center for Children's Health in Moscow, Astanda Kvarchia was held at the Parent's club of the World Abaza Congress.

The meeting with the native of Abkhazia Astanda Kvarchia lasted about two hours.  During this time, the meeting participants, mainly mothers, asked dozens of important questions regarding children's health.  Some of them caused heated discussion.  The pediatrician gave detailed answers to all questions. 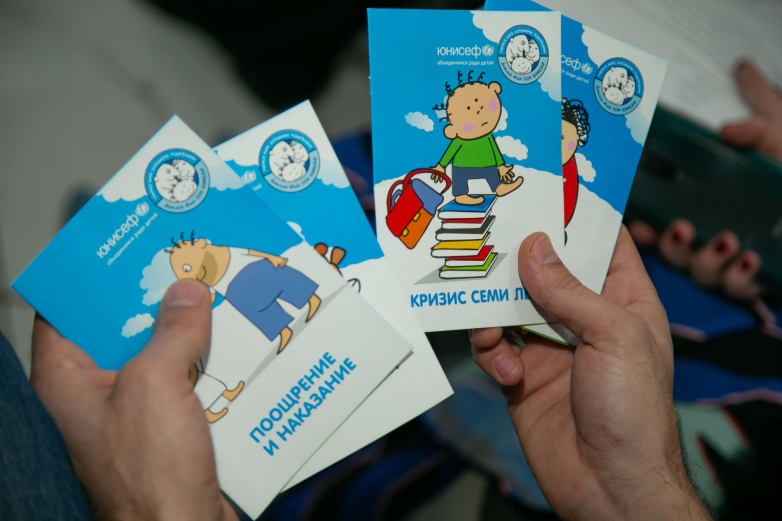 Astanda Kvarchia came to her homeland in Abkhazia for one week.  The young doctor has a busy schedule, but she found the time and became the main guest of another meeting of the Parent's club.  Today, along with medical practice, she is engaged in scientific activities.  The doctor said that she plans to return to live in Abkhazia and to continue to exercise her profession here.

She noted that the creation of the Parent’s club is a “great and relevant idea”, the implementation of which has long been necessary.

“In most cases, parents try to treat their child symptomatically (that is, trying to eliminate the symptoms of the disease, the causes of which may be different - ed.) at home.  The club will allow to learn certain fundamentals, for example, in which cases to see a doctor, when to sound the alarm, how to properly lower the temperature.  If you know these things, you can cope with everyday infection without panic.  I believe that the kind of communication that the Parent’s club offers is very important for parents, especially for young mothers who are usually afraid and panic,” said Kvarchia.

The meeting was attended by the representative of the UNICEF in Abkhazia Naala Argun.  The fund works in three areas: education, healthcare and the development of social services.  All it’s projects are directly or indirectly related to the problems of parents and children. 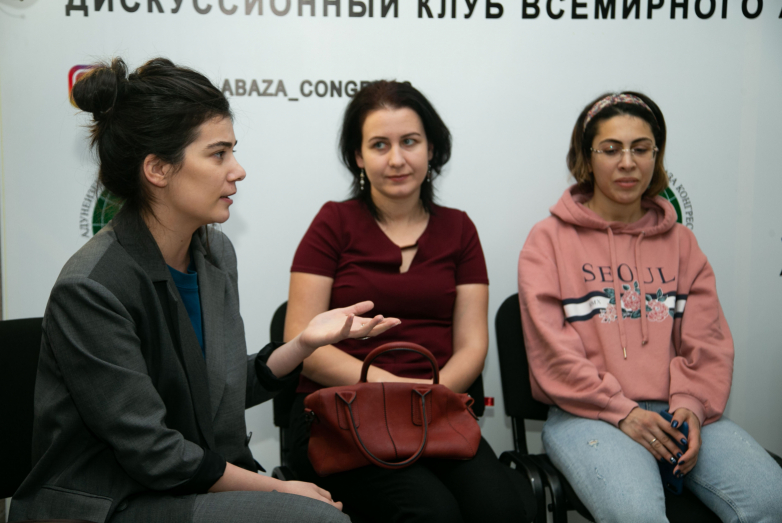 “We understand how fundamental the role of the parent is.  The practice of such meetings shows that parents have the opportunity to get not only good, high-quality expert advice, but also to communicate with each other, to see that many people around are facing the same problems,” said Naala Argun.

The meeting was attended by a young father, Executive Secretary of the World Abaza Congress Inar Gitsba, who shared his parental experience, and also noted that the WAC club was created for all parents who are aimed at development and self-education. 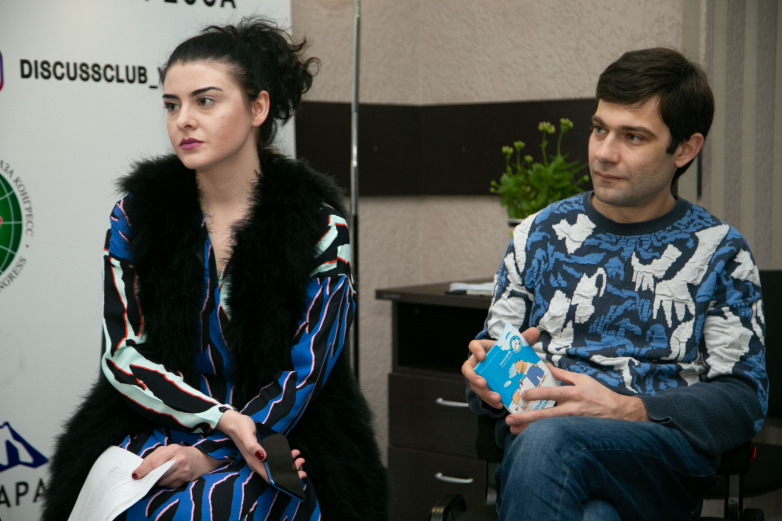 The mother of two children Samanta Ayba believes that in modern conditions of the availability of the most conflicting information, in particular, online, parents are often disoriented, so such meetings with specialists are extremely important.

“Time goes on, medicine develops, child psychology develops.  Due to the fact that our country is internationally unrecognized, some information at the official level reaches us late.  In this regard, parents are often ahead of official data, find out information on the Internet.  Often this information is fragmented and contradictory.  Some parents are lost.  Doctors themselves say different things.  The club will help parents structure information, orient themselves in the modern flow of information, exchanging views,” said Samanta Ayba.

Another mother of two children, the head of the Protocol office of the President of Abkhazia, Khibla Vozba, praised the meeting and noted that it is very important for parents to communicate with doctors not only during the illness of the children, but also in a relaxed atmosphere when you can safely ask your questions.

“The club allows to exchange opinions, meet with specialists whom you really can’t always see outside the doctor’s office when you have a sick, screaming child in your arms,” said the participant. 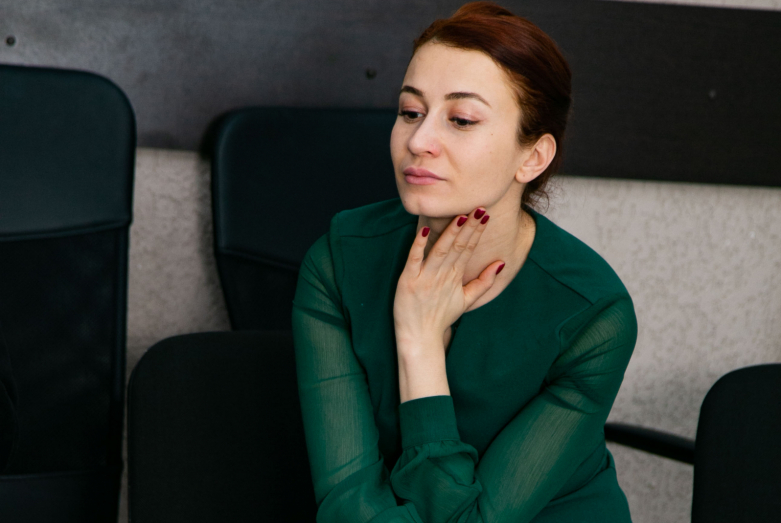 The head of the Parent’s club, Kama Kvitsiniya, said that the experience of the first few meetings at the club gives the organizers the opportunity to conduct each new meeting more and more effectively.

“It was important for us to hold these several meetings in order to find the right format for ourselves, one that parents will like and will be convenient for us.  We are very satisfied with the response.  Next year [2020] there will be many more participants.  They are already writing and calling us.  There are already thoughts about expanding,” said Kama Kvitsiniya. 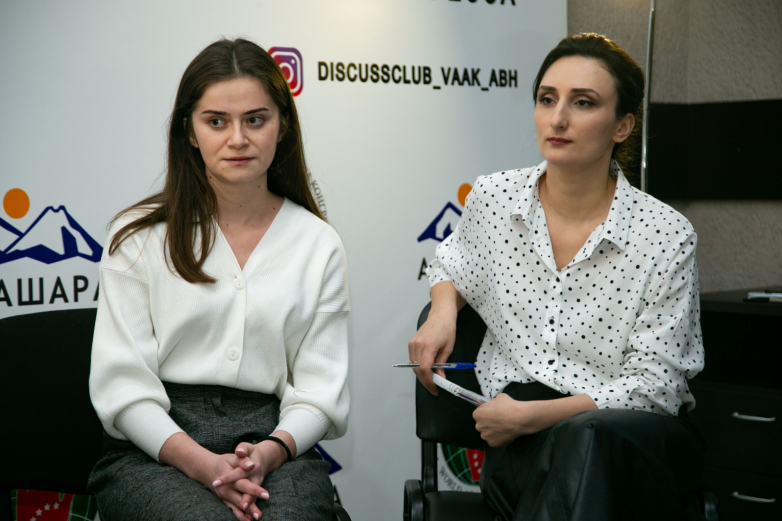 Summing up the work of the WAC Discussion club as a whole for the incomplete two months of the outgoing year, the club leader Irina Turava noted that the project started successfully.  The Parent’s club, which was launched in late November, in her opinion, also has a very good start. 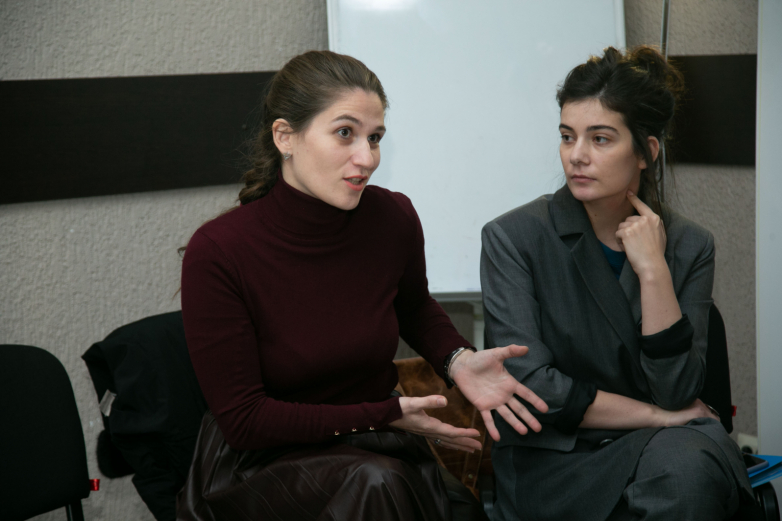 “Judging from the [held] meetings, a huge number of people are interested in this because there are different clubs according to people’s interests, but parents are the majority, that is, this is the club that unites the largest number of residents of Abkhazia.  The problems that we are discussing here will always be relevant,” concluded Irina Turava. 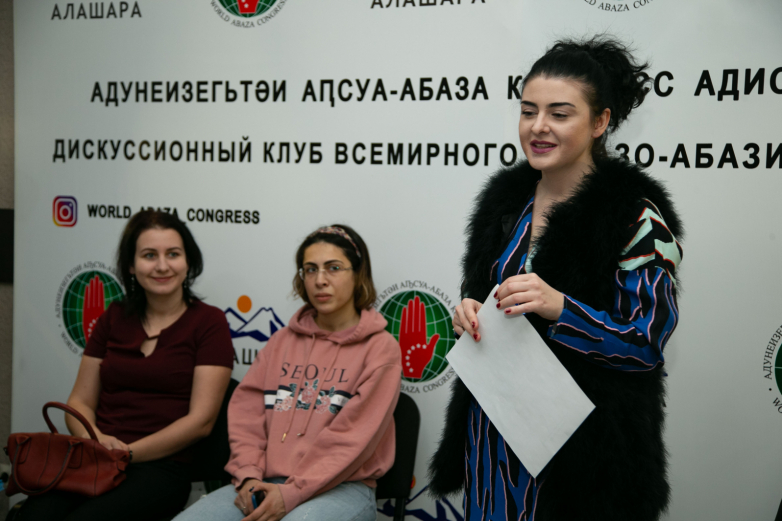 The Parent’s club - a special project at the Discussion club of the World Abaza Congress - began its work on November 30.  Any parent can become a member of the Parent’s club.  According to the organizers, the main condition for this is “interest and motivation”.