The head of the Congress Youth Councils became the third guest of the WAC Discussion club.

The youth policy of Abkhazia was discussed at the third meeting of the Discussion club of the World Abaza Congress.  The speaker and guest of the meeting was Levan Torchua, head of the Youth Councils of the WAC.

He told the meeting participants about the work of the Youth Councils of the WAC and explained how they would be structured.

“In each region of Abkhazia, councils of the local branch will be opened.  We will have monthly meetings to discuss a wide range of issues together with regional leaders,” said Torchua. 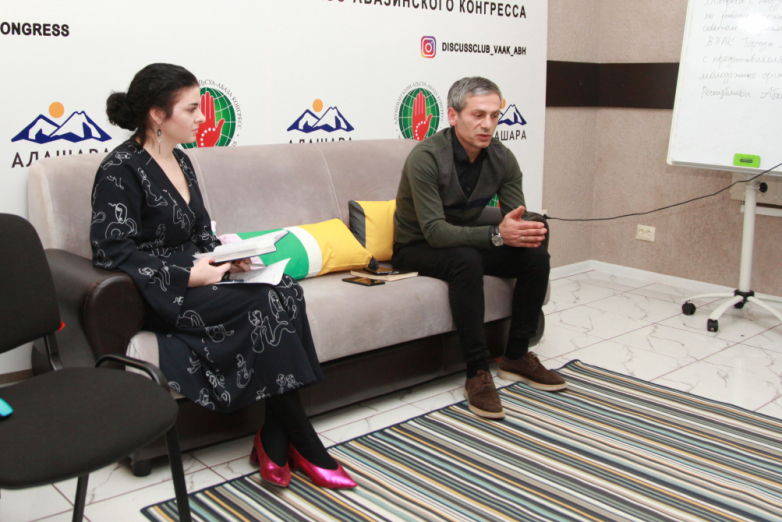 He added that Youth Councils in the districts will collect ideas from various projects, and the most relevant ones will be selected for further implementation.

The head of the WAC Youth Councils also told how he personally got into Congress, having met with the Chairman of the WAC Supreme Council, Mussa Ekzekov.

“I was once invited to a round table.  Mussa Ekzekov also spoke there, I saw him for the first time. He spoke about the traditions and customs of the Abaza people, about unity, about our past and future, about the ideas of the Congress.  He spoke so vividly, so emotionally, that I was immediately inspired by this and told him there that I was ready even now, if necessary, “to pick up a shovel and build that very bright future,” Levan Torchua shared.

He told the meeting participants about the goals and objectives of the WAC, and about the work plans of the Congress Youth Council, which he leads.

The meeting was attended by the heads of the Committee on Youth and Sports of the Administration of Sukhum, the leaders and activists of youth organizations of Abkhazia (AMCh, DUNA, Avangard, Union of Students of ASU, Union of Students of AIF - ed.), head of the Council of the local branch of the WAC in Gudauta Amra Lakoya and other guests who actively participated in the conversation.

According to Torchua, the meeting was successful, and the main indicators of this are the involvement of participants in the discussion and the “good flood of questions”.

“Various questions were asked, mostly related to the work of my area. People were interested in which towns and localities of our country the following councils of local branches of the WAC will be opened, how to become part of them.  We talked about the need to create a constructive dialogue with government agencies, in particular, with the Committee on Youth and Sports of the Administration of Sukhum.  We discussed the concept of youth work. We also talked about often passive public attitude to youth issues and little support from the society,” said Levan Torchua.

Before the meeting, Club members managed to get in touch via Skype with the Executive Secretary of the WAC Inar Gitsba and the Head of the Web Information portal of the WAC Amina Lazba, who are now on a business trip to Europe. 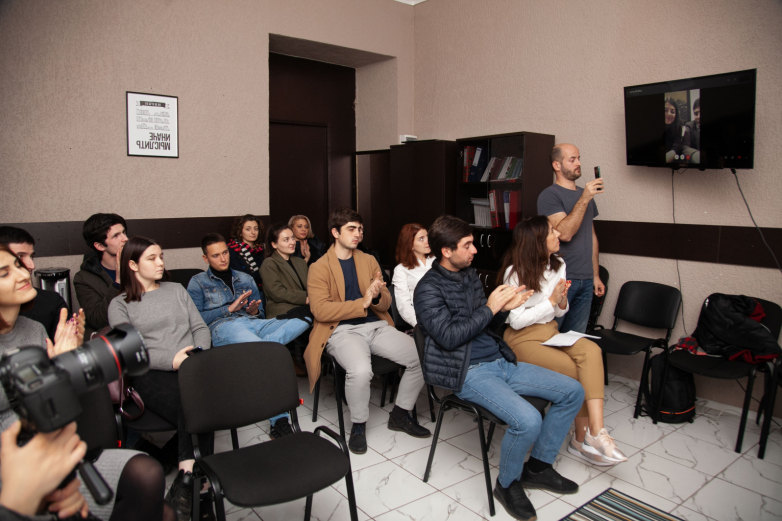 “They shared their impressions of the meetings as part of the trip, talked about their plans,” explained Irina Turava, head of the WAC Discussion club.

According to Turava, at the third meeting of the Club, it was possible not only to talk about the guest’s work direction and the WAC projects in the field of youth policy, but also “to gather young people with an active social position, representatives of youth organizations who are ready to unite and create some kind of common project aimed at the development of youth of Abkhazia.”

“We all exchanged contacts and agreed on close interaction and cooperation. I am very pleased with the meeting, that is how I originally imagined the format of the Discussion club's work: when everyone is involved in the conversation, when the meeting has a result.  And the result is the already specifically outlined steps for interaction and mutual assistance between youth organizations, the WAC and the Committee on Youth and Sports, as well as the emergence of new volunteers at the WAC,” said Irina Turava.

The head of the public organization “AMCh” Alisa Pachaliya expressed the opinion that the format of the discussion platform for discussing current issues works well in Abkhazia.  She noted that the most difficult thing is to create an atmosphere in which participants will feel comfortable and will be able to speak calmly and openly.

“It seems to me that the WAC team has largely achieved this: interesting guests, kind and helpful organizers, interested participants will be waiting for you in the Discussion club,” said Pachaliya.

She emphasized that today it is especially important to “create a platform on which there will be no talks about nothing.”

“I especially liked that the guys very responsibly approached the issue of selecting participants according to the stated topics.  It feels like you have your own program and a certain system.  I would only increase the discussion focus on something more specific, since youth politics can be talked about forever.  For the future - you can create such clubs for students.  It seems to me that they are not much spoken to and not directed,” the head of the organization suggested.

Another guest of the meeting, chief specialist of the Committee on Youth and Sports of the Administration of Sukhum, Oksana Pachulia, believes that the Discussion club is “an excellent platform for discussing highly specialized topics.”

“You can bring people working with a particular problem or interested in it in one place at one time.  Thanks to such meetings, people from the virtual space of social networks return to communication and interaction in real life.  Ideas, thoughts, judgments are not depersonalized, like-minded people can cooperate and solve tasks together.  The effectiveness of such meetings can not be assessed immediately, only after a period of time, if the words turn into actions, and the meetings  into cooperation of people who together achieve results,” said Oksana Pachulia.