Abkhaz children from Turkey and Jordan arrived in Sukhum to rest in a camp organized by the Ministry of Repatriation of Abkhazia.

70 Abkhaz children from Turkey and Jordan, aged 12 to 17, arrived in Sukhum to rest in their historic homeland on July 1.  For the first time, a children's camp for them was organized by the Ministry of Repatriation of the Republic of Abkhazia.

According to the Minister of Repatriation Beslan Dbar, the camp was organized for more than a year, and the idea itself arose from working meetings with representatives of the Abkhaz Diaspora in Turkey, Syria and Jordan.

“For the first time in the history of our repatriation, we managed to unite so many children.  Today, a delegation from Syria should have been with us, but, unfortunately, for a number of reasons they could not come,” the Minister said. 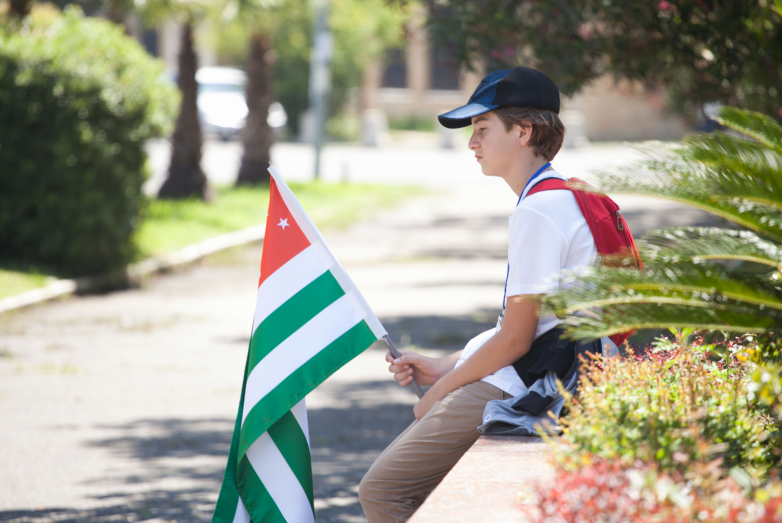 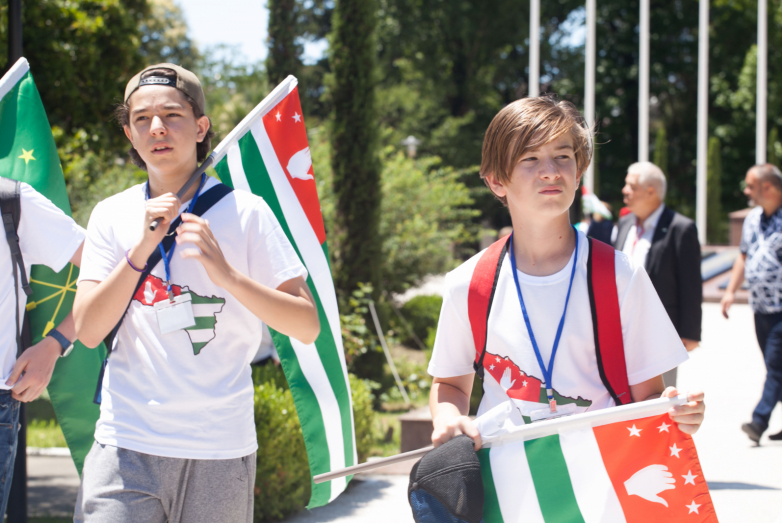 Dbar stressed that such visits play an invaluable role in bringing the Abkhaz living around the world closer together.  It is especially important, he noted, when “children meet and make friends”.

“During their stay they will have time to make friends among themselves inside the camp, and with local children.  They will exchange contacts, and, we hope, they will continue communication,” the Minister expressed hope.

Of the 70 children who came to the camp, only a few speak Abkhaz.  Some attended special courses in their native language, which were also organized by the Ministry of Repatriation of Abkhazia in Turkey. Guests of the Republic will enjoy a rich program that will allow them to learn about the significant historical sites of Abkhazia.  At the very beginning of their stay in their historic homeland, the children have already visited the grave of the First President of Abkhazia, Vladislav Ardzinba, and the Museum of Military Glory.

“Children will also meet with President Raul Khadzhimba.  They will also have an interesting entertainment program,” the Minister of Repatriation promised. “Many of them have never been to Abkhazia.  They are enthusiastically exploring everything around.  I am sure that during this time they will love their historical homeland even more,” said Shamil Eshba.

The delegation from Jordan was headed by Mohammed Chichba, who is visiting Abkhazia for the third time.

“Eight children came with me this year.  They are in Abkhazia for the first time.  When I said that there was such an opportunity, they just fell in love with this idea, counted the days before coming here.  They knew about Abkhazia before, we (in the Abkhaz-Abaza Diaspora of Jordan - ed.) try to tell them, but, as they admitted themselves, what they saw could not be compared with any stories,” said Chichba. 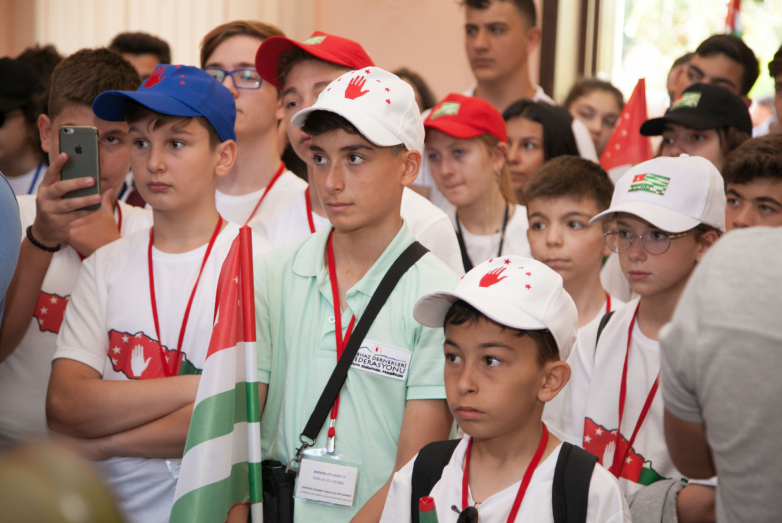 One of the children who came to the camp from Turkey is 13-year-old Selena Ashuba.  She was in Abkhazia quite a long time ago and therefore she remembers almost nothing.  At the same time, Selena speaks a relatively good Abkhaz language.

“We sometimes speak Abkhaz in the family.  Maybe someday I would move to live in Abkhazia, I really liked it here,” the girl shared her impressions.

Her peer, 14-year-old Lina Khulan from Turkey, has a definite goal in the Abkhaz trip: to learn as much as possible about her mother's historic homeland.

“We arrived just yesterday and yet saw very little.  When I learned that I was going to Abkhazia, I was very pleased.  My mother is an Abkhaz, she told me a lot about the country, but I don’t know as much as she and I am here to find out more about it,” the girl said. 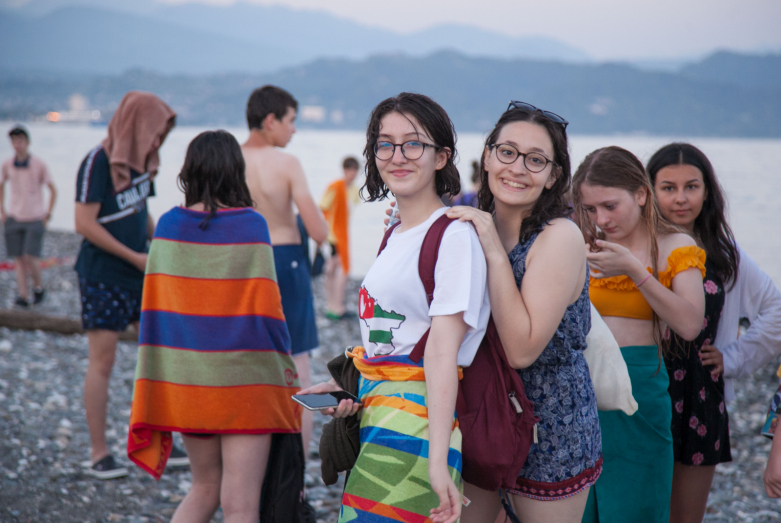 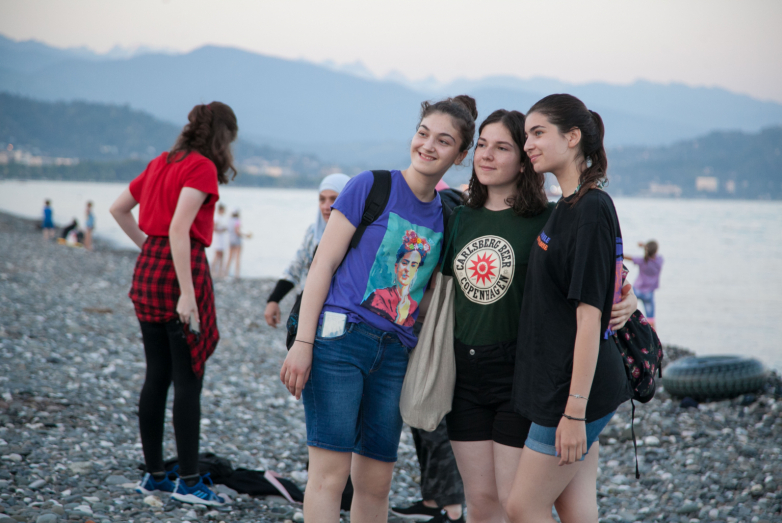 The visit of children from Turkey and Jordan to their historic homeland will last 10 days. They were accommodated in a hotel in Sukhum.  For the entire period of stay in Abkhazia, they have a detailed program of events and excursions.