In Abkhazia, a branch of the "Academy of the football club " Zenith" of the St. Petersburg children's and youth school of the Olympic reserve, has been opened.

A solemn ceremony in honor of the opening in Sukhum of the branch of the football academy "Zenith" took place on Saturday, March 27 at the Abkhaz State Philharmonic.

The opening brought together representatives of the sports community, young footballers and their parents, coaches, young men from the St. Petersburg Academy, who came to the Republic for the training camp, as well as football legend Georgy Sichinava was present. The holiday was attended by the President of Abkhazia Aslan Bzhania. The speeches of the officials were interspersed with the performances of the "Kavkaz" and "Abaza" dance groups. 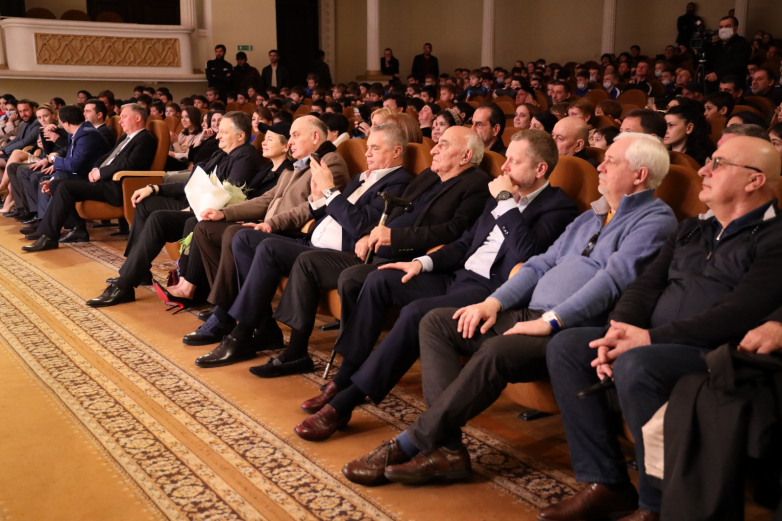 The general director of the football club "Zenith" Alexander Medvedev noted in his speech that the solemn ceremony is not accidentally held within the walls of the Philharmonic: in his opinion, football and dancing have a lot in common.

"Many people compare football to an art form. We saw great performances by the dancers. They have achieved such lightness and delicacy in movements with constant training. You can have talent, but if you don't work every day, do not train at the ballet barre or on the football pitch, you will not become great professionals. We are opening an academy and we believe that good athletes and, most importantly, whom you will become people. We wish you success! We are waiting for you in St. Petersburg, and our guys will regularly come to Abkhazia, train with you, play football with you. As they say, let the strongest win," Medvedev expressed best wishes to the guys. 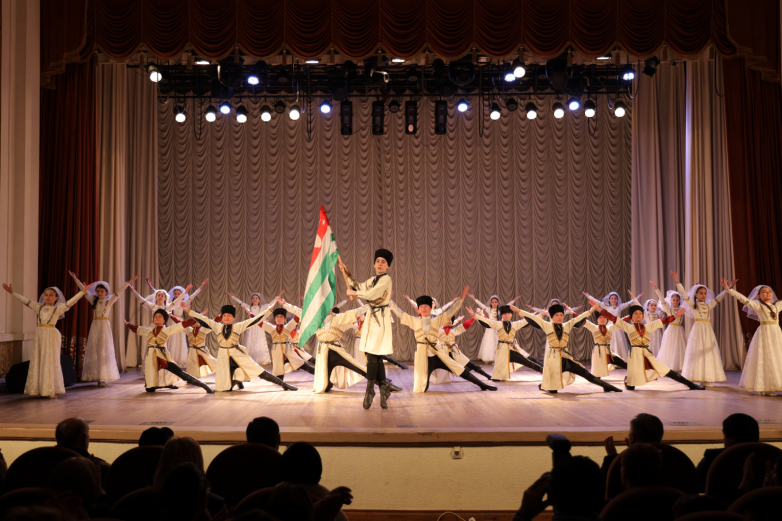 He advised young athletes to follow the example of their elders and watch recordings of legendary matches.

"I was lucky now to sit next to the legend of world football Georgy Sichinava. Watch the video of how the USSR national team performed at the 1966 FIFA World Cup. You weren't there yet. It was great football. For the only time in history, our team won a bronze medal. The national team played against the Germans, in the minority, but fought until the last minute. You can learn a lot from these personnel," said the general director of the FC "Zenit". 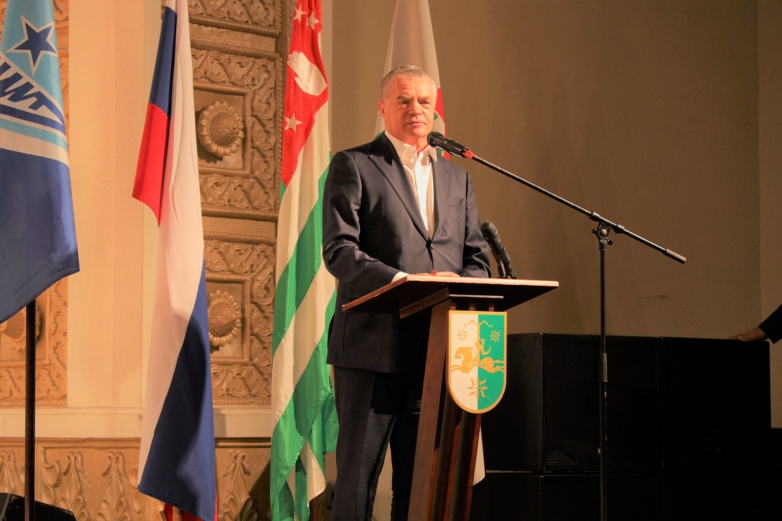 The host of the ceremony Alkhas Manargia, in turn, reminded all the participants of the holiday about the famous football match with the Brazilian national team.

"In that famous game, Pele was in the Brazilian national team. I heard a story that before the game Georgy Sichinava argued with friends that he would nutmeg Pele. And he did it! And when after the game everyone exchanged jerseys, Pele gave his jersey to Georgy Sichinava," said the host. 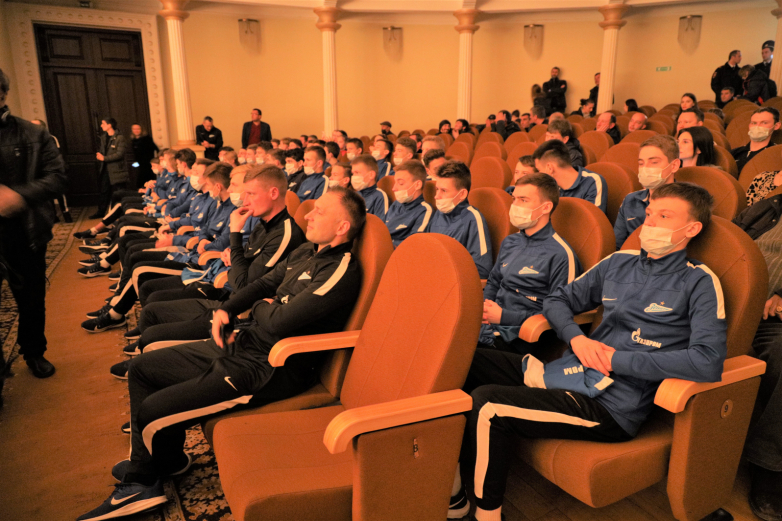 Chairman of the State Sports Committee Jamal Gubaz and President of the National Olympic Committee of Abkhazia Valery Arshba expressed gratitude to everyone who made the opening of a branch of the "Zenit" Academy in Abkhazia a reality.

Valery Arshba said that he himself is an experienced football fan.

"I am a passionate fan: in Abkhazia I supported Dynamo-Sukhum, in Russia Zenit-St. Petersburg, internationally Chelsea. I do not miss a single "Zenit" match, I put on the attributes of the club, I have a Zenit scarf, I support my favorite football club," he said. 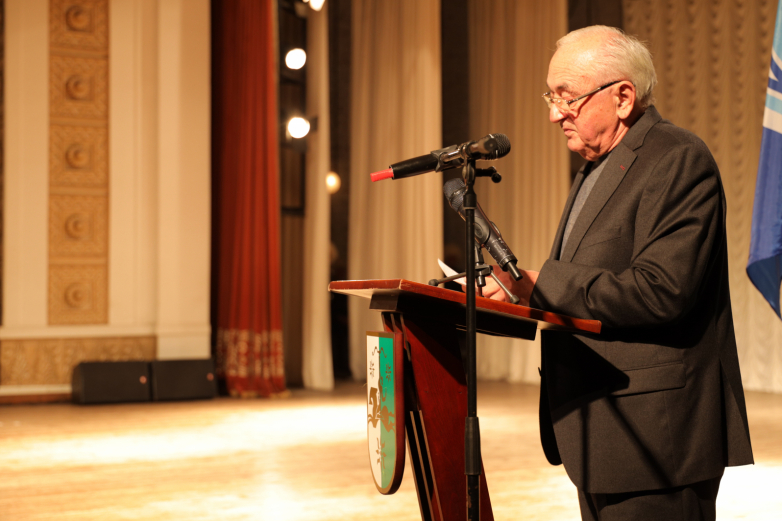 Arshba noticed that the history of Abkhazian football has a long tradition and goes back a century.

"This year 113 years have passed since the creation of the first football team in Abkhazia from the students of Sukhum in 1908. Then several teams were created that played among themselves, grew up to the period when the Sukhum team in 1989 joined the first league of the Championship of the Soviet Union, but for political reasons the team, unfortunately, was divided. Then, thanks to the head coach Oleg Dolmatov and the coach Yura Logua, a powerful team was created, which took 12th place in the USSR Championship. I also want to thank those, thanks to whom football did not stop developing in the difficult post-war period, and the children had the opportunity to train, who put their soul and knowledge into preserving Abkhazian football," said Arshba. 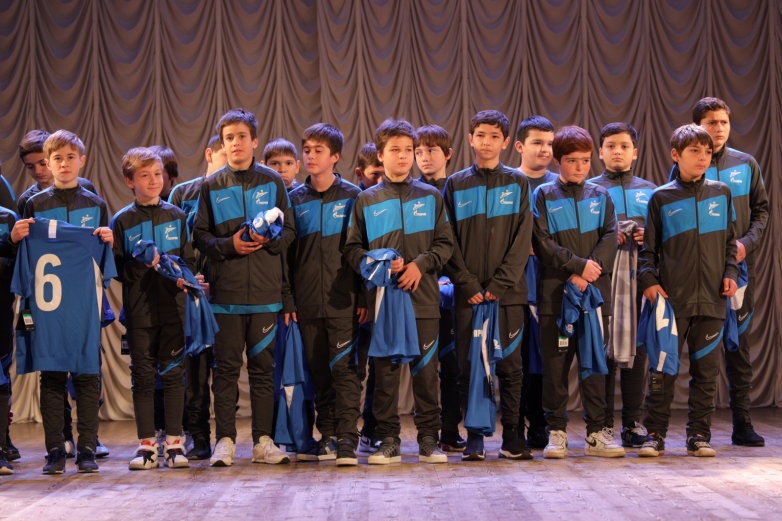 In addition, the WAC provided information, organizational and technical support to this event, assistance in the preparation of documents, negotiations with the management of hotels, transport companies and other preparations. Tania also noted the great contribution to the communication and organizational work of his compatriot from St. Petersburg Boris Dzhergeniya.

The Chief of Staff of the WAC believes that the opening of a branch of the Russian football academy will help develop the talent of young athletes in Abkhazia.

"A new horizon is clearly opening up for the demonstration of talents not only on the Russian football arena, but throughout the world. Therefore, through Zenit, the athletes will have the opportunity to join foreign football teams. It all depends on the efforts of the children themselves.  This is a unique opportunity for our footballers to prove themselves," Tania is sure.

"We are extremely happy!"

The opening of a branch of a football school marked development prospects not only for children, but also for the coaching staff. Football coach Roman Tskua, in particular, said that Abkhazian coaches now have the opportunity to raise their qualifications at the "Zenit" Academy.

"We are studying at the St. Petersburg Academy, we have passed the first stage, received diplomas, we were assigned the D category, and we will continue to improve our qualifications," he said and added, switching to his wards: "The children are happy. After they were given Zenith equipment, they felt as if they were given wings. With the opening of a branch, they had an opportunity to prove themselves. Those who distinguish themselves will have trips, tournaments. If someone want, they can take him to the main academy, to St. Petersburg."

Parents of 8-year-old Umar Shazina Amichba and Revaz Kusis hope that the opening of a branch of the Russian football academy is a chance for their son to achieve great results.

"He decided to play football myself, for two years now he has been going to the section. As a mother, I am very happy. The team spirit is nurtured from childhood, and in the future it will greatly help in the formation of his personality, in communicating with others, in sociability. There are only advantages in sending children to sports clubs," said Shazina Amichba.

Young Miroslav Rahimov has been training with Irakli Katsia for two years, and now he will train on the basis of the "Zenit" Academy branch, to which his coach has been transferred.

"We are immensely happy!" Said the boy's mother, Lika Margania. 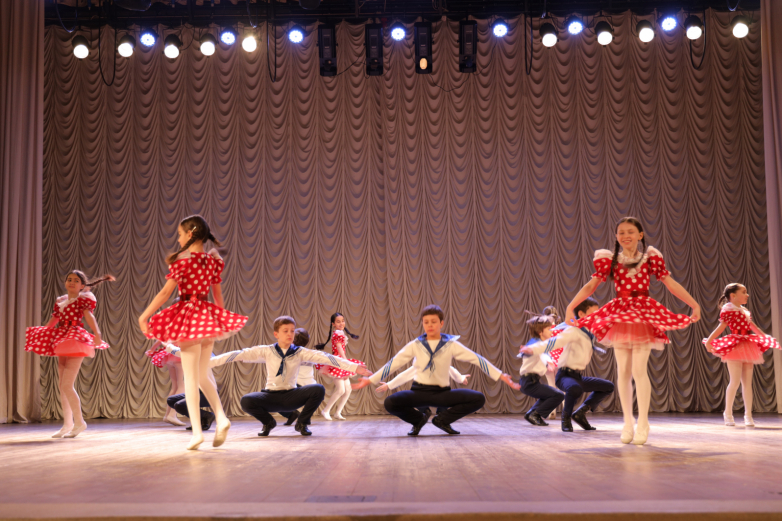 During the opening days of the branch from 19 to 31 March in Abkhazia, training camps of the Children and Youth Academy of the football club "Zenith" were held and are still going on. More than two hundred "Zenit" members, and these are not only pupils, but also the coaching staff, up to medical staff, are located in Sukhum and Novy Afon. The club plans to hold training camps in Abkhazia several times a year.

Daniil Trifonov has been studying at the Academy in St. Petersburg for six years, he is for the first time in Abkhazia. The athlete spoke about the friendly match with the Sukhum team that had taken place the day before.

"There was a game with a local team. The rivals were well trained trained athletes, good rivals. We played with football players a little older than us, but we also performed with dignity," said the young man. 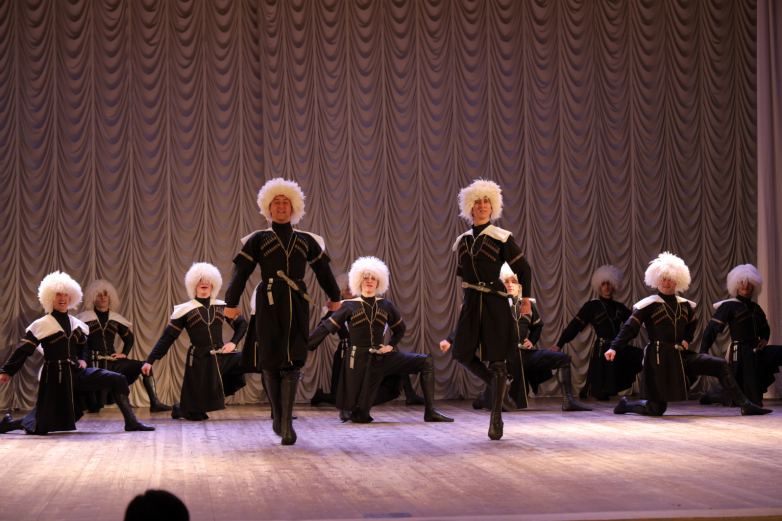 The solemn ceremony of opening the branch of the Academy ended emotionally: young Abkhazian footballers went to the stage, and comrades in the "football workshop", young men from the St. Petersburg club, presented them with jerseys with "Zenith" symbols. At the very end of the holiday, all the officials and famous guests who were in the hall went to the stage to take a joint photo.

The project started: WAC summed up the results of the intellectual game "Иaрбан? Иаба? Ианба?"
Mussa Ekzekov met with President of Abkhazia Aslan Bzhania
Members of the Parents' club gathered together again and discussed school education