A stone with a face: a drawing of the Hero of Abkhazia Rauf Dzhikirba was found 30 years later

The drawing on the stone of the Hero of Abkhazia Rauf Dzhikirba was found thanks to a joint search of the Youth Association of Abkhazia "Apeipsh", the Museum of Military Glory named after V.G. Ardzinba, the World Abaza Congress and the Special Purpose Center of the State Security Service of Abkhazia after 30 years in the village of Guma.

A stone with the face of the hand of the Hero of Abkhazia Rauf Dzhikirba was found in the village of Guma by the staff of the World Abaza Congress, the Association of Youth of Abkhazia "Apeipsh" and the Vladislav Ardzinba Museum of Military Glory with the assistance of the Special Purpose Center of the State Security Service of Abkhazia 30 years later on September 15.

Presumably, the Hero of Abkhazia Rauf Dzhikirba carved with a bayonet-knife the face of a young girl in 1992 on the found stone. The author of the drawing on the stone hid his unfinished work before going into battle, in which he later died. Esma Kvitsinia, a specialist of the Department of Youth Development and Physical Culture of the WAC, told about how the search for the stone began. 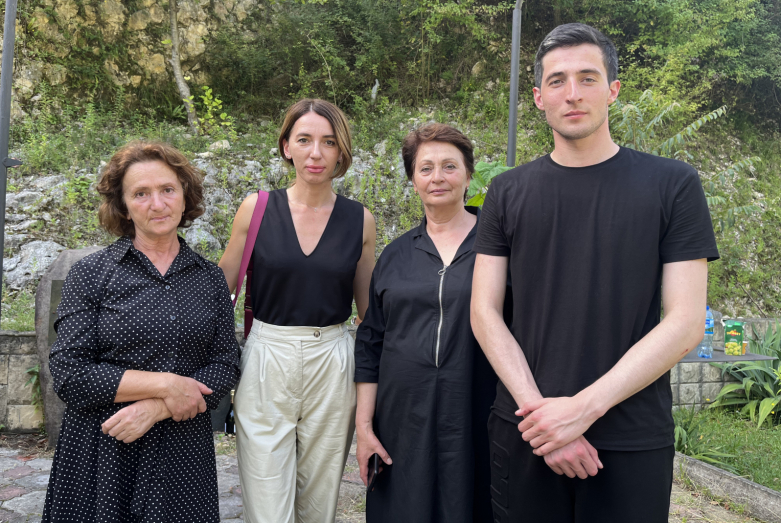 "In Congress, we periodically hold meetings with representatives of youth organizations and state structures for working with youth. We discuss issues of interaction in various projects and events. We can say that the project to find the stone was the result of these meetings. Said Kulanba told us this story, and of course we did not remain indifferent and took an active part in organizing the search," she said.

There were several attempts to find the stone, but they were unsuccessful. Said Kulanba, Chairman of the Abkhazian Youth Association "Apeipsh", told about how the idea of ​​conducting the next search for a stone came. 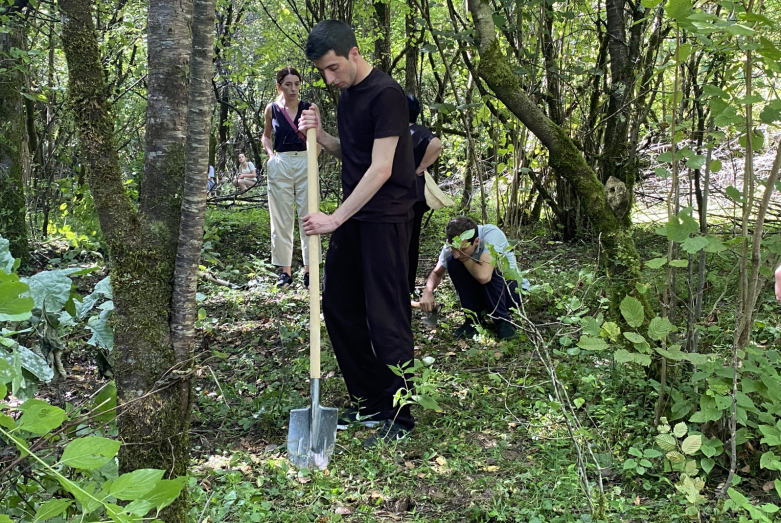 "I have known stories about this stone for a long time. My mother, who was in the same battalion with Rauf Dzhikirba during the Patriotic War of the People of Abkhazia, saw herself how he [Rauf Dzhikirba] in between fights with the help of a bayonet-knife began to draw on the stone. As it turned out, he carved the girl's face. However, unfortunately, he did not have time to complete his drawing. The fight has begun. A few days later he died. Since 2015, we have had several attempts to find this stone, but these attempts have not been successful. On the eve of the 30th anniversary of the Victory Day of the people of Abkhazia, we decided to resume the search, timed to coincide with the memory of Rauf Dzhikirba," Kulanba shared.

It is not easy for Indira Malia herself to remember the tragic events of the September war.

"Rauf died on September 18, 1992. Together with him, a sniper killed four more of our people. After their death, who could think of the stone?! Only a few years later I remembered how Rauf drew on a stone with a bayonet-knife. I consider today the day of liberation of the heart from heaviness," Indira Malia shared her thoughts.

The stone with the image of the girl's face was found directly by the trainee of the Information Department of the World Abaza Congress Schazina Bganba. 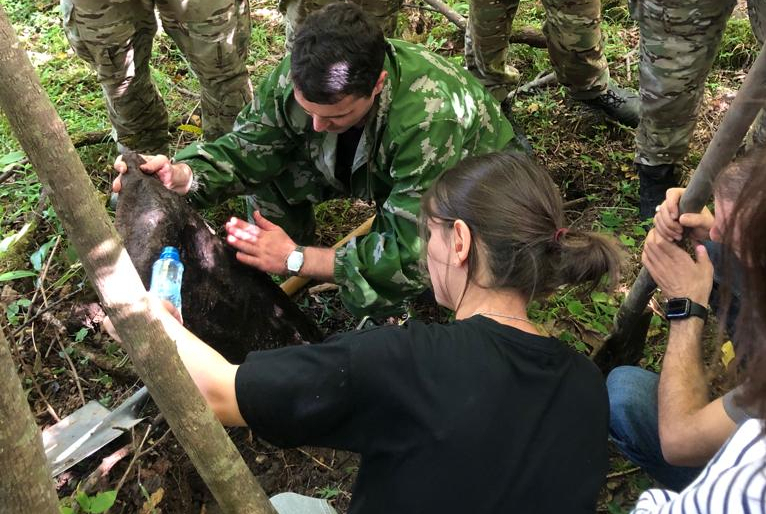 "Imagining the value of the very drawing depicted on the stone, I assumed that the artist would not have left his work just like that on the surface of empty land in the open air. Given the terrain and the circumstances under which he painted, most likely the "refuge" for the stone could be the foot of a tree. Actually, that is how it turned out. The treasured stone, overgrown with moss, was lying barely visible under the tree," she shared.

The found stone was transferred to the Vladislav Ardzinba Museum of Military Glory for storage, where everyone can see it.