Abkhaz adjika presented at the popular pepper festival in Italy

In the autumn of this year, Abkhazia takes part in the popular International Pepper Festival in Italy, presenting traditional Abkhaz adjika at its booth.

Abkhaz adjika was exhibited at the annual International Pepper Festival in the Italian city of Diamante, said the chief of staff of the Chairman of the Supreme Council of the WAC Kan Tania. The participation of Abkhazia in the popular festival was made possible thanks to the initiative of the Diplomatic Representation of the Republic of Abkhazia in Italy and EU countries, the Europe-Abkhazia Association and the team of the World Abaza Congress.

“It’s extremely important to take part in such festivals,” says the chief of staff of the WAC.  “In the absence of universal international recognition [of Abkhazia], such formats are necessary for as many people as possible to learn about Abkhazia.”

Tania assesses this opportunity as a good prospect: the festival, which has been held for 27 years, is visited annually by at least 150,000 people. 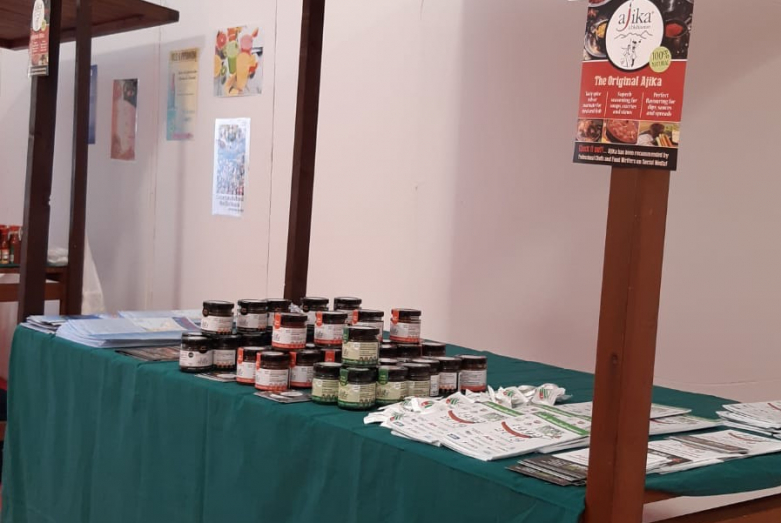 “The diplomatic mission of Abkhazia in Italy is always looking for and finding creative ways to promote a positive image of Abkhazia abroad.  And now, when the World Abaza Congress has joined Abkhaz public diplomacy, new opportunities are opening up for the promotion of our culture, traditions and history,” Kan Tania added.

He explained that the role of the WAC team was to find a product to be displayed on the stand and coordinate the work of the stand. The Congress, represented by Kan Tania, represents the Abkhaz stand, and the products exhibited on it were produced by entrepreneurs Astamur Kortava and Gunda Hewitt-Kortava. 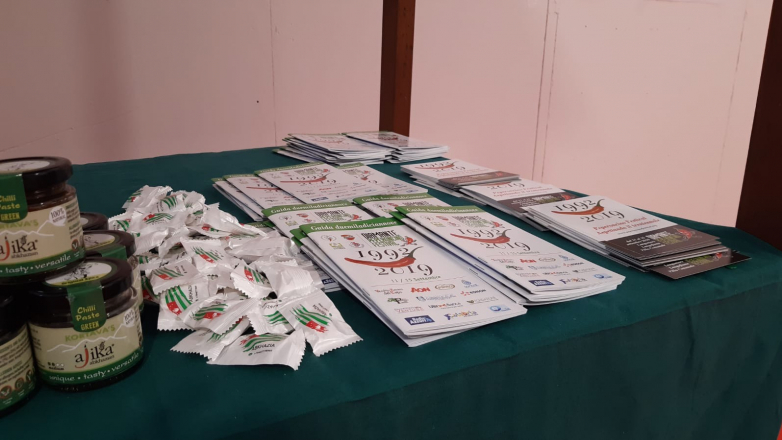 “The stand is extremely popular, people like adjika.  In addition, adjika tasting took place last night on the central square in Diamanta.  Local chefs highly appreciated the taste of Abkhaz adjika,” said the chief of staff of the Chairman of the Supreme Council of the WAC.

He also added that the festival in Diamante is not the only festival in Italy dedicated to pepper-based products, but among all the “most popular and international”.  There are more and more participating countries every year: these are EU countries and regions where spicy food is popular - Latin America, Asian countries and, for the first time, the Republic of Abkhazia, as well as China and Libya.

At the end of the International Pepper Festival, participants will receive memorable prizes.  The festival runs until September 15th. 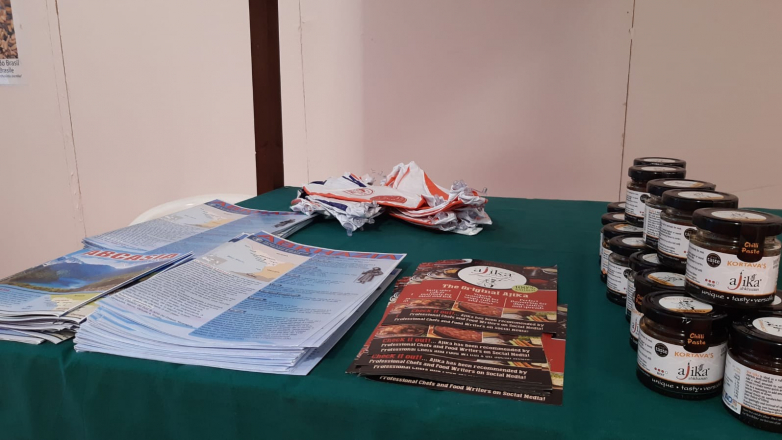 Abkhaz adjika presented at the popular pepper festival in Italy
© Irina Shonia
To leave a comment you need
to login or register.
Share
No comments