The 6th congress of the Federation of Abkhaz Cultural Centers was held in Turkey on the occasion of the election of the chairman and board members.

The current head of the organization Atanur Akusba was re-elected as the Chairman of the Federation of Abkhaz Cultural Centers (Abkhazfed) in Turkey at the VI Congress of Abkhazfed on November 16.

The congress, held in the city of Adapazar, was dedicated to the election of the chairman and board members of Abkhazfed. Delegates from each dernek, or cultural center, (the number of which in Turkey today is 17), were sent to the congress for the elections. Upon completion of registration of delegates, the official part of the congress began, where the presidium was elected, headed by the Abkhazfed elder Jimalitin Ardzinba.

The WAC Executive Secretary Inar Gitsba, who was present at the congress from the WAC, said that in the context of cooperation with Abkhazfed, the World Abaza Congress was repeatedly mentioned at the congress.

“Delegates spoke at the solemn part, who noted the importance of cooperation between Abkhazfed and the WAC, emphasizing the role of the Congress in strengthening and developing the ethnocultural heritage of the Abkhaz-Abaza ethnic group,” Gitsba said. 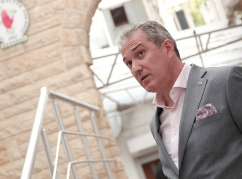 Head of the Abkhazfed in Turkey Atanur Akusba: The question is about the preservation of the nation

The re-elected Chairman of Abkhazfed Atanur Akusba thanked everyone who took part in organizing the event and noted that it was held at a high level. In his speech, he also spoke about the close interaction of the Federation and the WAC.

“I see that the cooperation of the Congress and the Federation is positively perceived in the Diaspora, and this is gratifying,” he shared, calling the WAC “a native organization” and adding that “we need to help each other.”

“All this is for the sake of our people, our culture and homeland,” he commented on his appointment to the WAC web information portal.

At the congress was read an appeal to the participants in the event of the Chairman of the Supreme Council of the World Abaza Congress Mussa Ekzekov.

“It is difficult to overestimate the contribution of the Federation of Abkhaz Cultural Centers to creating conditions for uniting representatives of our ethnic group in Turkey, studying the Abkhaz and Abaza languages, popularizing the achievements of national culture, preserving and transferring the traditional values ​​of Apsuara to the younger generation, and strengthening the positive image of the Republic of Abkhazia.  It is gratifying that relations and cooperation are also developing with the brothers in the Karachay-Cherkess Republic,” the greeting text says.

In his speech, Mussa Ekzekov also noted that the Congress is actively working today to better understand how the Abkhaz-Abaza communities live in other countries, in particular in Turkey, and invited everyone to actively participate in the activities of the WAC.

“Some of you took part in them, both in Karachay-Cherkessia and in Abkhazia.  Next year we look forward to a more active participation of representatives of the Diaspora from Turkey in these cultural and sports holidays.  It is gratifying that the young generation has actively taken up the baton.  Within the framework of the recently launched “Discussion club” (a new project of the WAC - ed.), many new, unconventional ideas are put forward.  Young people move with the times,” read Inar Gitsba on behalf of Mussa Ekzekov. 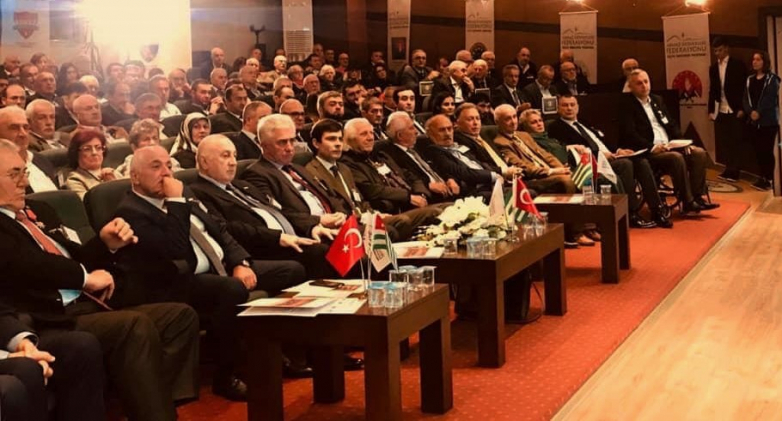 The project started: WAC summed up the results of the intellectual game "Иaрбан? Иаба? Ианба?"
Mussa Ekzekov met with President of Abkhazia Aslan Bzhania
Members of the Parents' club gathered together again and discussed school education