The National Bank of Abkhazia issued commemorative coins depicting the heroes of the works of the writer Fazil Iskander.

Commemorative silver coins "Heroes of Iskander" of the "Outstanding Personalities of Abkhazia" series were issued by the National Bank of the Republic of Abkhazia. 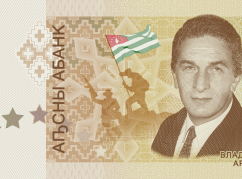 Memorable banknote «Vladislav Ardzinba» will be released in Abkhazia

Their release is timed to the 90th anniversary of the writer, which was celebrated in 2019. The year of minting is engraved on the coins minted by the Moscow Mint of Goznak. However, due to the coronavirus pandemic, the release dates have shifted.

The presentation of new Abkhazian coins was held for media representatives at the Museum of Money in Sukhum.

All the characters depicted on the coins are from Iskander's novel  "Sandro from Chegem". In total, six types of coins were issued with a circulation of 300 copies.

Liana Agrba, head of the foreign relations service of the National Bank of Abkhazia, noted that since Fazil Iskander's literary heritage is so great, it was not easy to limit the choice to six characters for coins. She said that consultations were held with the writer's family to choose his favorite characters. 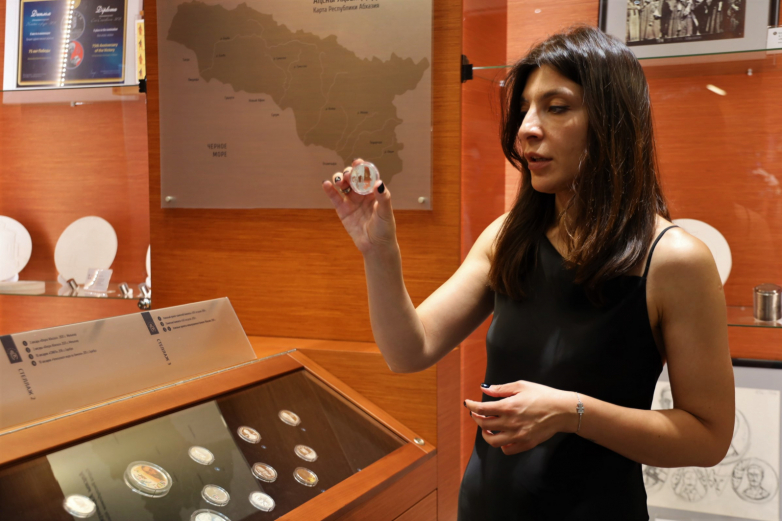 The denomination of the coins "Khabug", "Sandro from Chegem", "Chik", "Rabbits and boas", "Wide-forehead" is ten Apsars. As the director of the Museum of Money Astamur Tania said, the technique of their manufacture contains certain innovations.

"A number of innovations were used in the production of the Heroes of Iskander coins, which were not used in the production of other commemorative coins. The blue color on the coins was usually done with pad printing (a type of intaglio printing - ed.), but in the "Wide-forehead" coin there was a need to show the depth of water, so enamel was used. In my opinion, a very successful experience, which makes the coins more attractive," says Tania. 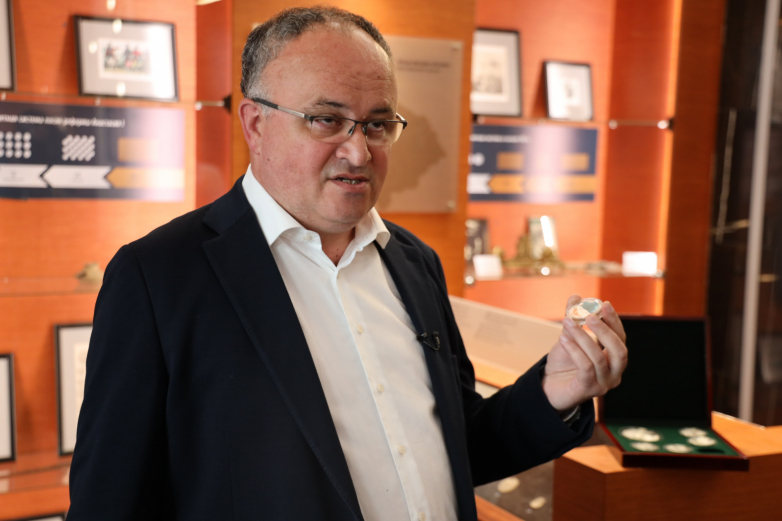 He also noted another feature of five of the six coins: they have a double thickness; they are all so-called piedforts (a numismatic term meaning a coin made from a double-thickness blank - ed.).

"The standard coin of 10 Apsars weighs an ounce, but these weigh 2 ounces. "Piedfort" in French means "heavy foot". This decorative form appeared in the late Middle Ages. Such coins usually served as diplomatic gifts. Monarchs on solemn events in their country used them; they minted coins with increased thickness. We continue this tradition. Thus, a number of [existing] piedforts are now replenishing the piedforts of the Republic of Abkhazia," said Astamur Tania.

As for the sixth coin - "Prayer Tree" - it has a standard diameter and weight for its face value - 60 millimeters and five ounces. This is a 100 Apsars coin with a commemorative image.

The author of the sketches is the famous Abkhazian artist Adgur Dzidzaria. As Elvira Arsalia, curator of the Fazil Iskander festival "Camp of a Man", director of the Central Exhibition Hall of Sukhum, noted, the artist has been working with Iskander’s works for a long time, he illustrated the writer’s stories back in the 1980s.

"Adgur has what Fazil Iskander defines as "ethical tension". This makes his sketches independent works of art. They are made with skill and fine artistic taste," she says. 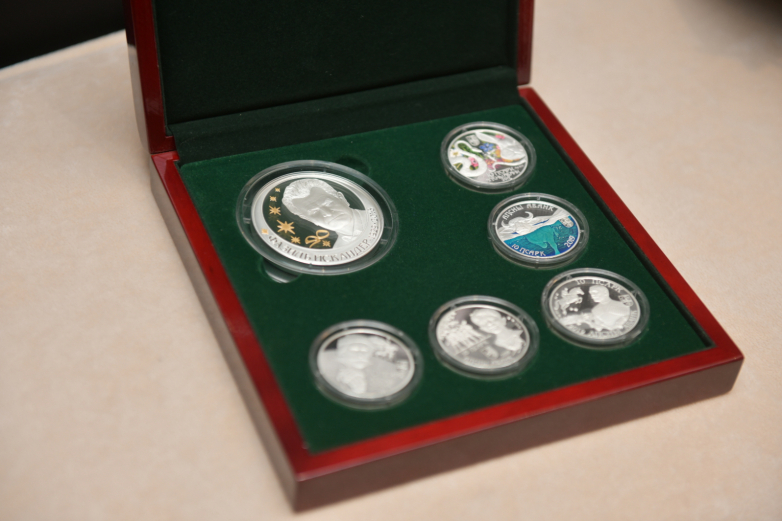 Arsalia recalled that the literary world of Iskander has become "an inexhaustible source of inspiration" not only for artists, but also for directors such as Alexander Sokurov, Valery Kove, Iskander Sakaev, Madina Argun, Aslan Galazov, Anton Kornilov.

"The other day at the State Russian Theater named after Fazil Iskander, the premiere of Anton Kornilov's play "The Story of the Mule of Old Khabug" took place. It is surprising that every year in some country, in some city, Iskander's works become an important creative impulse. The issue of coins "Heroes of Iskander" is a continuation of this story. Like the works of Iskander, these coins will be in the global cultural space. They will end up in the collections of collectors, lovers of art and literature," concluded Elvira Arsalia.

Commemorative silver coins "Heroes of Iskander" of the "Outstanding Personalities of Abkhazia" series will soon go on sale in the commercial banks of the country. Experts advise those who are interested in purchasing coins to hurry up, given the experience of the last issue for the writer's anniversary. A commemorative coin with Iskander's profile was issued on his 80th birthday in 2009. Then the writer himself participated in the development of the sketch and approved it. That coin, issued in a circulation of 1000 copies, has long been sold out and has become a numismatic rarity.

The poet, writer, philosopher Fazil Iskander (March 6, 1929 - July 31, 2016) was half Abkhazian: his mother Leli Misheliya is an Abkhazian, his father Abdul is a Persian. The writer's childhood passed in Sukhum, and he most often spent summers with his mother's parents in Chegem (part of the village of Dzhgerda - ed.). Today, thanks to the writer, Chegem is known far beyond its borders - here the writer "settled" the hero of his main work - "Sandro from Chegem". Iskander wrote in Russian and was fluent in Abkhaz. He himself called himself "a Russian writer who sang of Abkhazia" - this is where his heroes live. Iskander's books have been translated into dozens of languages ​​and are very popular, just as the writer himself famous all over the world.