The popular academic ensemble of folk dance of Adygea “Nalmes” tours in the Abkhaz towns with a new program.

The academic ensemble of folk dance of Adygea “Nalmes”, popular with the Abkhaz audience, arrived on tour in Abkhazia. The team has already performed in Sukhum and Tkurachal.  The artists will also give concerts in Ochamchira and Gudauta on April 11 and 12. 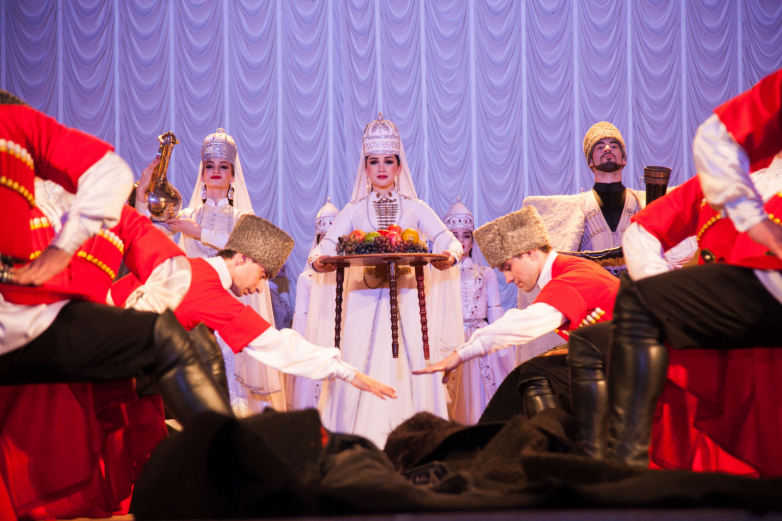 The academic ensemble of folk dance of Adygea “Nalmes”, popular with the Abkhaz audience, arrived on tour in Abkhazia.
© WAC

The concert in Tkuarchal was timed to the Day of the city and took place on April 9th. The next day, a grand show was held for fans from the Abkhaz capital.

The “Nalmes” ensemble once again won the hearts of the Sukhum residents
© mkra.org

The artistic director of “Nalmes”, Aslan Khadjaev, said that the concert program consists of 16 dance performances, in which 80 dancers take part.

“At the same time, on the stage, depending on the dance, there are either 50 or 30 people performing. This is a laborious process, but very entertaining. We have changed the program now, brought new dances, which nobody saw in Abkhazia. We also brought the restored dances that “Nalmes” had not performed for about 25 years,” said Khadjaev.

He respectfully spoke about the Abkhaz public, calling it “noble and very grateful.”

“Probably there cannot be a warmer reception. We always compare Abkhazia with Adygea, because all the people are like relatives here. Every time we come to Abkhazia we feel like coming home.  Abkhazia is our love. We have one blood, one heart,” added the artistic director of the team. 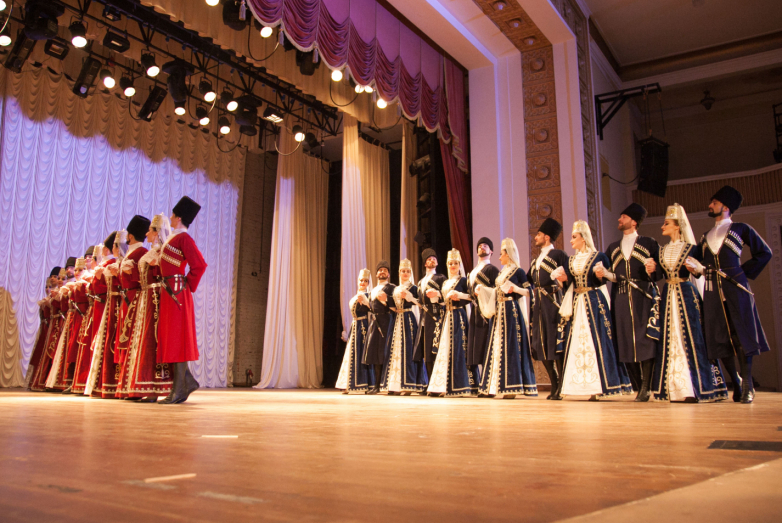 The academic ensemble of folk dance of Adygea “Nalmes”, popular with the Abkhaz audience, arrived on tour in Abkhazia.
© WAC / Naala Avidzba

The soloist and choreographer of the ensemble - People's Artist of Adygea Baturai Shaguzh also expressed his gratitude to the Abkhaz public.

“We performed in many countries of the world, but here the special awe of the audience is always felt. There are always a lot of emotions, especially when we perform the Abkhaz dance,” he shared. 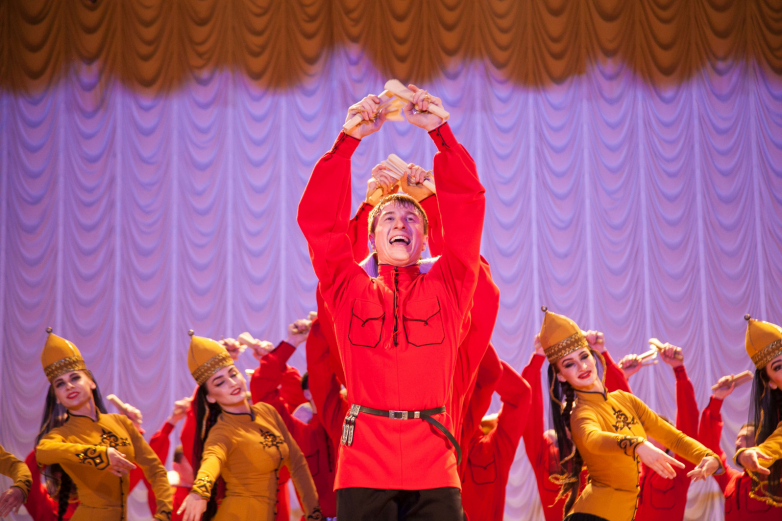 The academic ensemble of folk dance of Adygea “Nalmes”, popular with the Abkhaz audience, arrived on tour in Abkhazia.
© WAC / Naala Avidzba

Telling the WAC web information portal on the current tour of the “Nalmes” ensemble, the Minister of Culture and Preservation of the Historical and Cultural Heritage of Abkhazia Elvira Arsalia noted that “Nalmes” was always happy to accept an invitation from the Abkhaz side to “decorate any significant event.”

“The leader, members of the ensemble have long-standing friendly relations with our Abkhaz artists. The arrival of “Nalmes” in Abkhazia is always a very important cultural event,” said Elvira Arsalia. 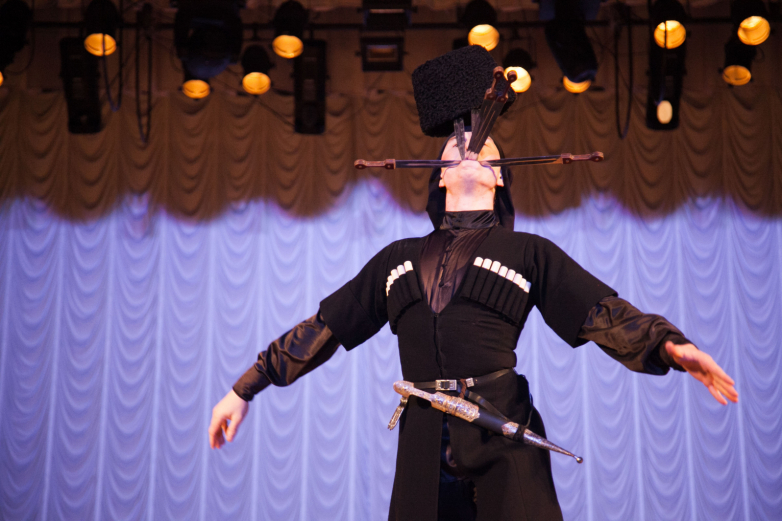 The academic ensemble of folk dance of Adygea “Nalmes”, popular with the Abkhaz audience, arrived on tour in Abkhazia
© WAC / Naala Avidzba

The State academic folk dance ensemble of Adygea “Nalmes” was created in 1936. Its activities were suspended during the Great Patriotic War of 1941-1945 and resumed 10 years after the end of the GPW. In 1996, the ensemble was awarded the Adygea Republic Prize “Glory of Adygea”.  “Nalmes” is the laureate of the I World Festival of the Adyg Culture in the capital of Kabardino-Balkaria Nalchik. Over the years, the ensemble also became the winner of international folklore dance competitions in Turkey, the United Arab Emirates, Syria and Belgium.