The Head of the Institute of Ecology of the Republic of Abkhazia, Roman Dbar, became a guest of the WAC Discussion club as part of the work on “Ecology and Environmental Protection”.

The role of Abkhazia in the processes of global climate change and the most pressing environmental problems were discussed by the members of the WAC Discussion club together with the Head of the Institute of Ecology of Abkhazia Roman Dbar at the club meeting on February 28. 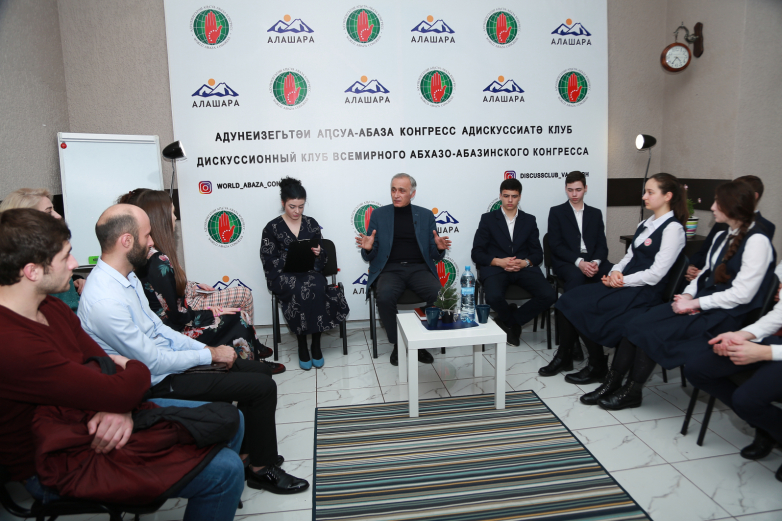 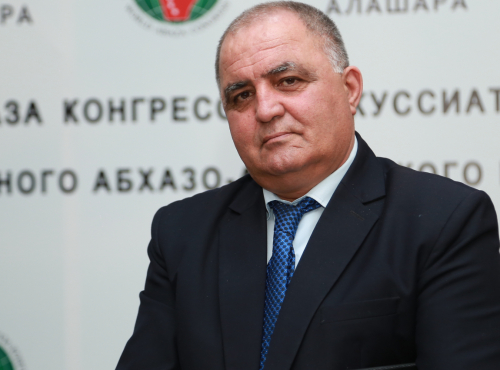 “One of the reasons is human activity associated with greenhouse gases, which heat up the atmosphere when released into it. If the atmosphere is heated, then water evaporates from the surface of the seas and oceans and begins to rain. As a result, devastating floods occur around the world. This is one of the manifestations of global warming. It’s more correct to say “global changes” (and not just “warming” - ed.) of the climate, because cooling takes place in some parts of the globe,” the scientist explained.

He said that climate change is occurring in Abkhazia. Therefore, in recent years, the average annual temperature in Abkhazia has increased by 1.8 degrees. The average rainfall has also grown significantly over the past two years: for example, in Sukhum 20 years ago, it was 1,500 millimeters, and today the amount of rainfall has almost doubled.

“The water level is rising in rivers that erode the banks and destroy the surrounding infrastructure. All this creates serious economic problems. We see that long-term rainfall creates serious problems for agriculture. We need to adapt our economy and our society [to these conditions]. We cannot particularly influence these processes,” the director of the Institute of Ecology explained. 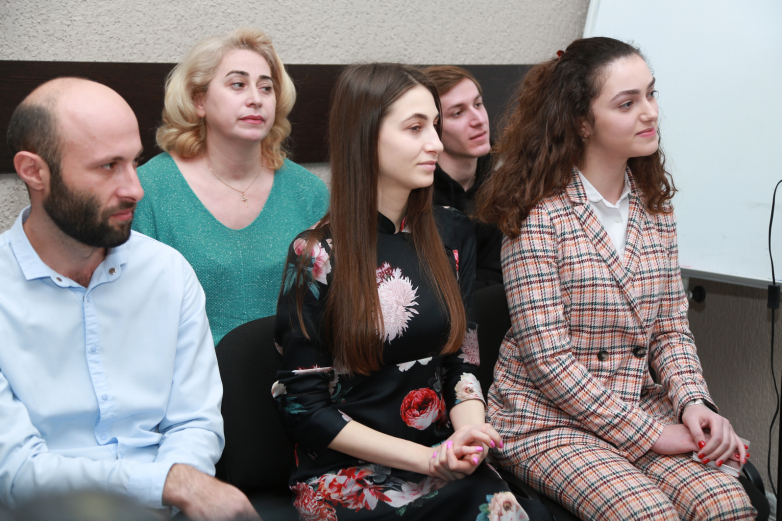 Another serious environmental issue is global clogging. Today, most products in stores are packed in plastic and polyethylene, and all of this is solid waste.

“These materials can remain in the natural environment for centuries, sooner or later they get into the ocean or sea, huge islands are created there, they plunge into the water column and negatively affect living creatures,” said Roman Dbar. 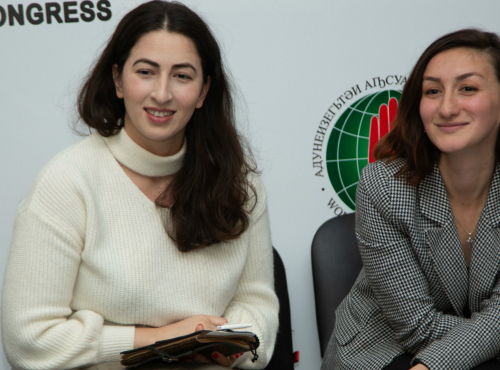 Irina Turava, head of the WAC Discussion club, called the meeting that was held within the framework of the environmental session “surprising in a good sense of the word”, explaining that it was attended by “four generations of people who are united by concern about the environmental situation in the Republic.”

“The meeting lasted two hours, we learned from the head of the Institute of Ecology about global climate change and about what transformations affect Abkhazia in terms of ecosystems: artificial and natural ones. Roman Saidovich is just a well of knowledge, which he presented easily, with examples, given that not only experts in the field of ecology and environmental protection were present in the audience, but also ordinary people with an active civic position, schoolchildren,” said Turava.

She drew special attention to the fact that today environmental problems concern children, who often become an example for their parents.

“One of the schoolgirls who attended the meeting with her mother is an eco-activist who encouraged friends and parents to abandon the use of plastic bags and non-recyclable plastic. Schoolchildren who wished to attend the meeting are students of the 8th grade of the Gagra School, they specially came to meet with Roman Saidovich from Gagra together with their teachers,” said Irina Turava.

She added that the WAC Discussion club plans to continue inviting students from secondary schools of Abkhazia to their meetings. 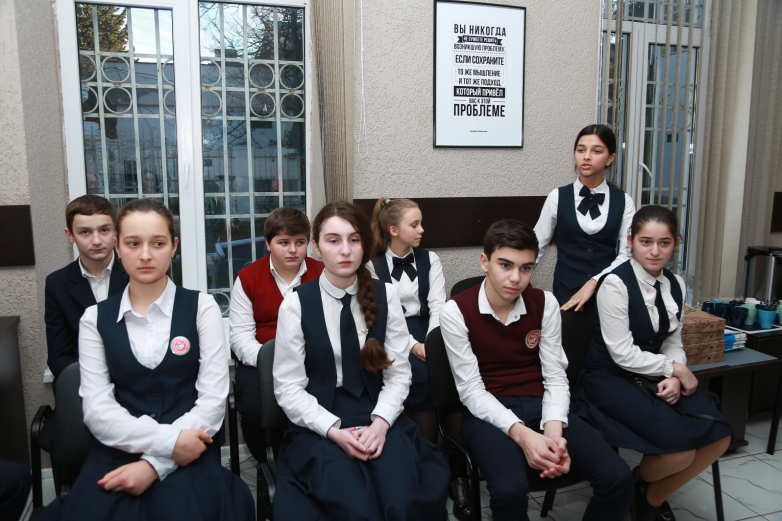 Geography teacher of the Gagra Secondary School No. 2 Amina Gunba, in turn, spoke about the participation of her students in the Discussion club.

“Children remember better when they are told practices that ecologists have been dealing with for many years. Children listened to Roman Dbar with great enthusiasm for about two hours, asked questions. I am sure that they remember every word,” said the teacher.

Eric Mkrtychan, a schoolboy from the village of Alakhadzy of the Gagra region, noted the information density of the meeting, which “helped him look at many things with different eyes.”

“I really liked it. I understood that it is necessary to protect the country, we should not litter, because it is very harmful to the environment,” said the eighth grader.

Aelita Agrba, a permanent member of the WAC Discussion club, a student of the ASU, represented a bit older generation - young people. 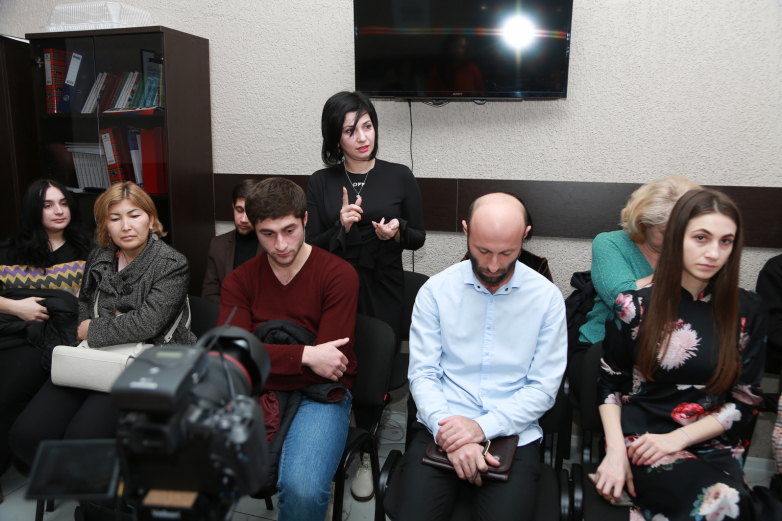 The environmental session of the WAC Discussion club is the first of the topics announced for discussion in the Club. Just like the following ones, it includes a number of interactive meetings, scheduled for several months of work.

WAC Discussion club дис
To leave a comment you need
to login or register.
Share
No comments