The WAC Discussion club held its first working meeting on January 30, defining environmental protection as the topic for the next three months.

The discussion club of the World Abaza Congress in the first month of the new 2020 held the first working meeting, which took place on January 30.  The first discussion was attended by 23 people who became members of the club.

It is to be recalled that the WAC Discussion club was opened in November 2019.  It’s activity is conceived as work in several areas: preserving the language, moral, ethical and cultural heritage of the Abaza people, popularizing national science, protecting the environment etc.  The club can also host meetings outside sessions in certain areas.  Several such meetings have already taken place last year. 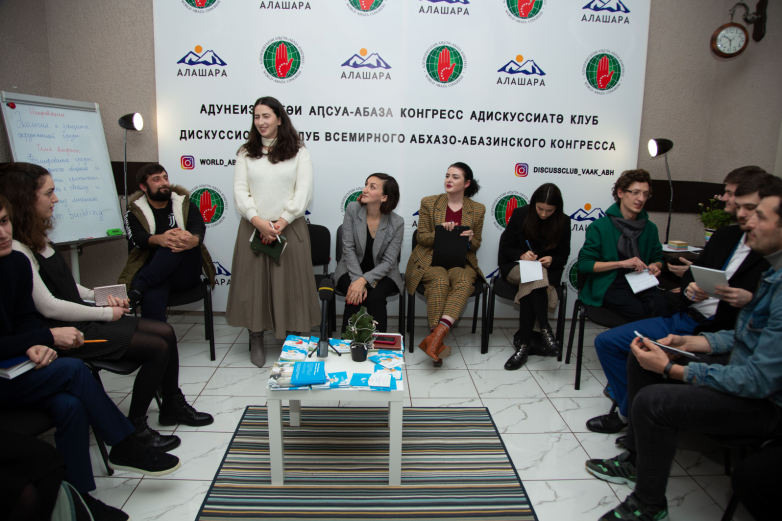 The head of the WAC Discussion club, Irina Turava, told about further plans.  She noted that in the next three months the Club will work on “Ecology and environmental protection.”  According to Turava, this direction was chosen “based on the requests of the population and at the request of potential members of the club work.”

“As a result of the interview, we selected 23 people who will work together for three months.  Six meetings will be held in various formats: communication with experts in the field of ecology, independent work in focus groups, and presentations,” said Irina Turava.

The head of the club was pleased with the results of the first meeting.

“I think the meeting was extremely useful.  And the mood changed before our eyes: in the beginning, when people just arrived, I saw a certain wariness on their faces.  But in the course of the work, the participants noticeably related to each other,” Turava shared her impressions. 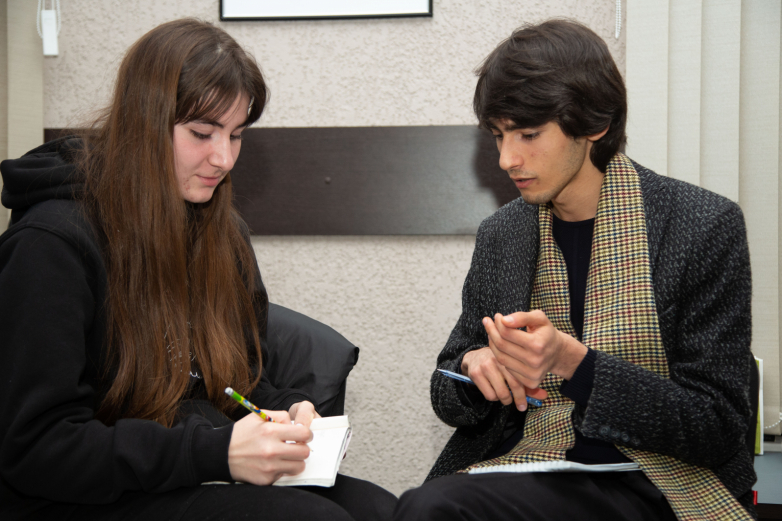 She noted that the chosen topic is extensive, therefore it is unlikely that in six meetings it will be possible to cover all its aspects, but the group will try to “work out as much as possible those issues that cause the greatest concern in the context of the environmental situation in the towns of Abkhazia.”

“We will talk about landfills, pests, global climate changes that affect the ecosystem of Abkhazia. There are many plans, I hope we will be able to realize them and move from words to deeds.  The group includes representatives of youth organizations that themselves, on their own, work to improve the environmental situation in our Republic.  It is gratifying that they managed to find time for our project.  I believe that the interaction of representatives of various organizations and their joint project will become effective,” said the head of the WAC Discussion club.

In order to unite the group as much as possible before the start of active work, the organizers invited a sociologist Mramza Dzhikirba and a psychologist Ilona Vouba to the meeting.  Specialists conducted training with exercises that helped club members get rid of excessive stiffness in an unfamiliar circle of people and get along with each other. 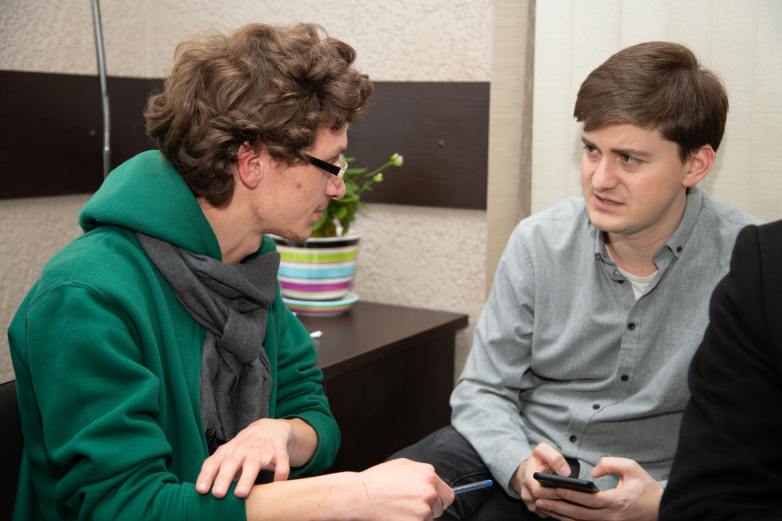 Psychologist Ilona Vouba said that this part of the meeting was just about getting to know the participants, establishing communication in the group.  She noticed that the environment at the training was favorable and friendly.  First, the conditions for effective communication were discussed, and after practical exercises “all the guys gave high-quality feedbacks”.

“If we talk about work in general, then, in my opinion, the topic of environmental awareness and education is especially relevant now, due to the negative changes that we are seeing in the environment.  Today's meeting was attended by young people who already have an environmental awareness.  They are motivated enough and are already taking their first steps to preserve nature. For example, they do not use plastic, they are actively working with pests.  I’m sure that the guys who are ready for changes and know how to achieve these changes will succeed in the planned affairs,” the psychologist shared her opinion, and promised: “I will come to the next meetings of the group with great interest.”

One of the club members was the young geographer Hannah Nachkebia.  She told why the activities of the Congress and, in particular, the WAC Discussion club, interested her.

“Previously I wanted to be involved in some way with the activities of the Congress.  Studying information about the club, I realized that very relevant and interesting topics for our society will be touched on, especially environmental problems.  It’s interesting for me, because I’m directly dealing with this issue, since I’m a geographer,” said Hannah Nachkebia. 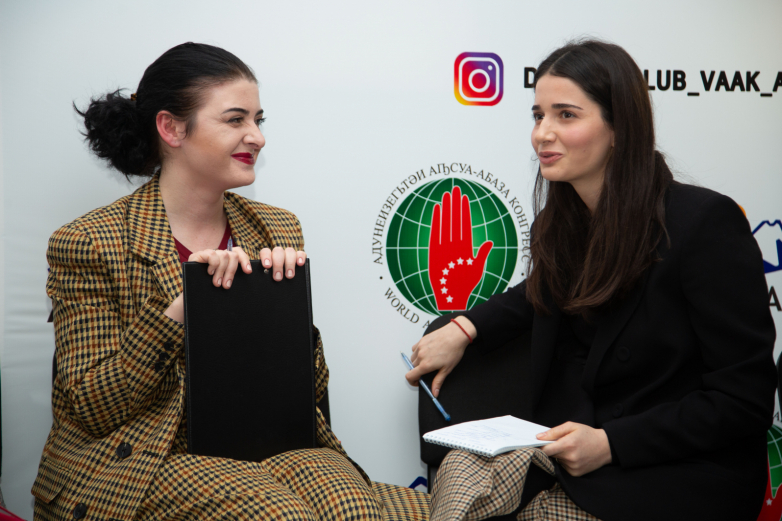 She expressed hope that the meetings within the framework of the WAC club will allow all participants to get to know each other well and lead to the result of “creating a global and important environmental project for Abkhazia”.

Student Sandro Delba joined the club in order to contribute to solving the environmental problems of Abkhazia.

“This is a very important topic both in general and for Abkhazia, in particular, since our country is rich in natural resources, we have a lot of greenery.  We must protect our nature through such programs that the WAC Dicussion club offers,” the young man said. 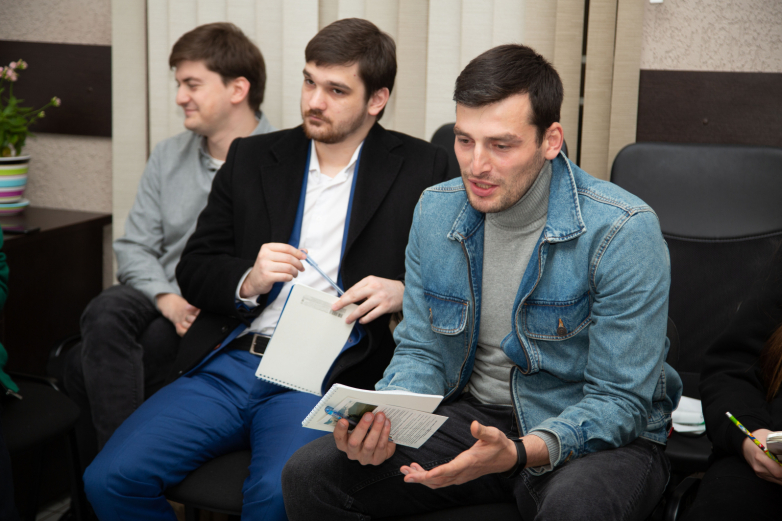 He said that he is trying to take an active part in various socially significant events.

“I love conversations on various topics, I love new acquaintances and new impressions.  My expectations from the work are probably the same as the rest of the guys: to become a cohesive and a friendly team.  I think that our project will be implemented.  I really liked the first meeting, all the guys are very interesting, and the invited guests know their job well, it was very comfortable with them,” said Sandro Delba.

Another participant in the discussion, Mary Grigoryan, believes that the problem of the interaction of nature and man is relevant not only for Abkhazia, but for the whole world: in her opinion, this is “the agenda of the 21st century that cannot be ignored”.

“Such clubs are always a favorable social environment for development and inspiration.  It’s great to become part of a community motivated by goals similar to your own,” the club member shared.

She added that she would like to receive practical knowledge at meetings of the club and meet like-minded people.

“The first meeting was great!  At first everyone was tense, but at the end of the meeting everyone got the momentum,” Mary Grigoryan shared, commenting on the atmosphere of communication in the club.

At the end of the meeting, everyone wrote their expectations from working in the Discussion club. As planned by the organizers, all the “letters” were folded together and sealed in a special envelope, which will be opened at the end of the environmental session in three months to see how the expectations of the participants were met. 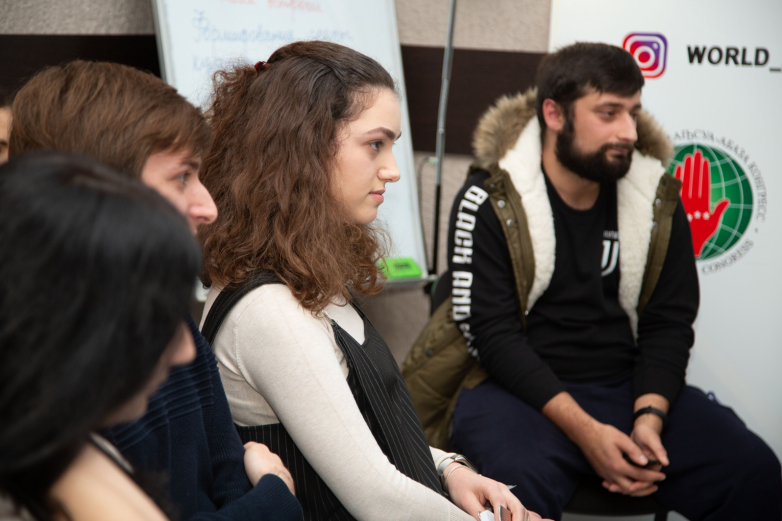 As the main directions of the work of the WAC Discussion club, in addition to the environmental one, the themes of preserving and developing the Abkhaz language, promoting the popularization of literature in the native language, preserving the historical and cultural heritage of the Abkhaz-Abaza ethnic group, developing and popularizing domestic science, and preservation of the traditional moral and ethical code of Apsuara were selected.  Club discussions as part of thematic sessions are held twice a month on Thursdays.