After a long break, the Parents’ club of the World Abaza Congress began its work again. A new topic for discussion was school education in Abkhazia.

The Parents’ club of the WAC, after a long break because of the coronavirus pandemic, resumed its work. The first meeting of the "new season" took place in the open air on Thursday 29 July and was dedicated to the school system. The speaker was the head of the Center for Innovation in Abkhazian Education Inna Barchan.

Commenting on the work of the Parents' club as a whole, Inna Barchan noted that there was such a need for a long time - to gather a parental community, whose members could "openly express their opinions, exchange their concerns." 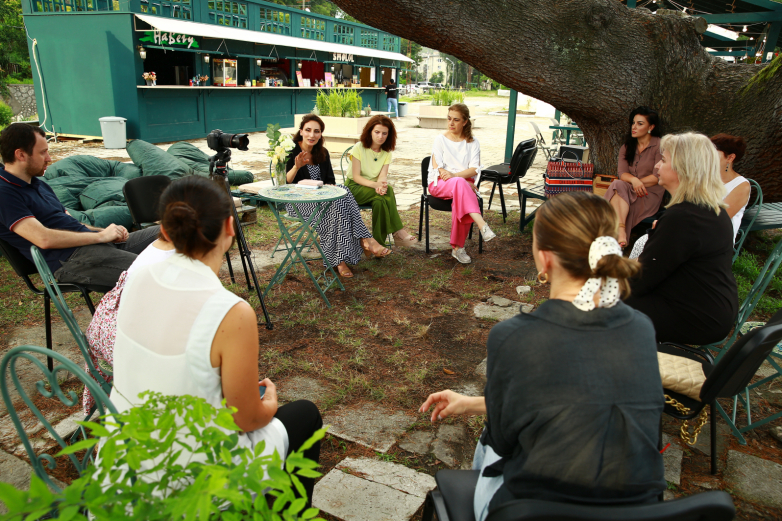 At the beginning of the meeting, the speaker briefly outlined the main issues: how can the education system be transformed, how to make it more comfortable, developing modern skills in children.

"The main idea is to act decisively and courageously. It is necessary to first study and then introduce the latest modern educational practices, methods and techniques," Barchan said.

The head of the Center for Innovation in Abkhazian Education spoke about the work of the center. She noted that the staff of the center analyze various world educational practices, for example, Finnish, Estonian and Singaporean.

"We have already developed some vision of what would be interesting here in Abkhazia. We brought experts and consultants from Singapore. We very much count on the support of the Ministry of Education [of Abkhazia] in introducing new educational practices," she said.

Inna Barchan said that, for example, the education system of Singapore was created almost from scratch and over 45 years of the independent existence of the state "has achieved tremendous success, forming a world-competitive person and citizen." The techniques of the Singaporean methodology are based on a variety of forms of education, on a combination of academic and entertaining and recreational supplies. Much attention in this system is paid to the formation of a cooperative, caring team (class), where everyone knows how to listen, hear and support their partner. 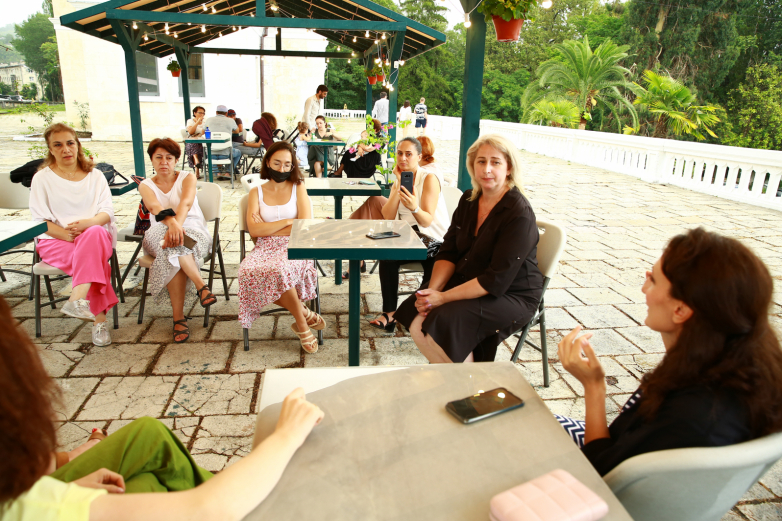 After the meeting, the speaker noted that the members of the Parents' club were active in discussing the topic, asked many questions and often expressed their opinions, engaging in an interesting discussion. 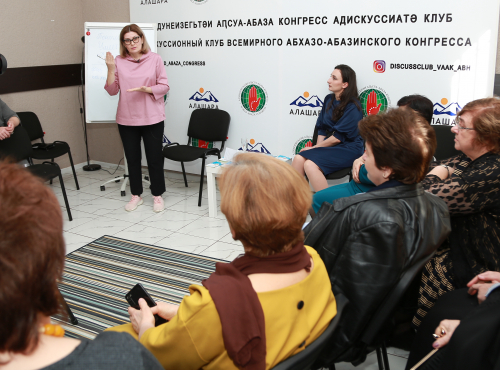 "It seems to me that parents are ready for innovations. There is a demand. Parents see that children [now] are not developing the way they would like to develop them. I also feel support from my parents, for example, in organizing new schools, new experiments," shared Inna Barchan.

A mother of three children, a well-known Abkhazian journalist Arda Dzhapua expressed her opinion about the relevance of the topic of changes in education.

"We, parents, at least most of those with whom I spoke about education, clearly understand that it has long been necessary to change our system [of education]. The world does not stand still and is actively moving, developed countries focus on education, spending enormous resources on this. It is also high time for us to put the education of our children in the first place," the journalist said.

She noted that many interesting ideas were voiced at the meeting of the Parents' club, and pointed out the importance of the work of the Center for Innovation in Abkhazian Education.

"I know for sure that among the parenting community there are many who will gladly stand next to either this Center or any other initiative group that will offer effective methods for transforming our education system," Arda Dzhapua is confident.

Oksana Pachulia almost never misses meetings of the WAC Parents' club. Despite the fact that her children are still of preschool age, the club member is already thinking about the future education of her children. She expressed the view that changing the existing educational system in practice can be difficult. 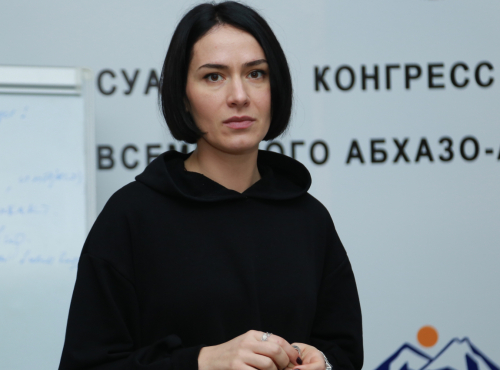 "I am not sure if our schools will be willing or able to accept these new educational conditions. It seems to me that first we can launch some courses, camps where parents could bring their children and could understand how, for example, the Singapore system works," said Oksana Pachulia.

Summing up the results of the meeting, the head of the WAC Parents’ club Kama Kvitsinia called it "extensive and productive".

"There were different opinions. There were supporters of traditional approaches in education, who defended their opinion, and supporters of the fact that education in its current form cannot develop, that it is a "dead end", it is necessary to offer new approaches and new forms of education," said  Kvitsinia.

In her own opinion, the educational crisis in Abkhazia can be seen with the unaided eye. The past year and a half of inadequate education due to quarantine, revealed many problems in education that were not so noticeable before, the head of the club said. 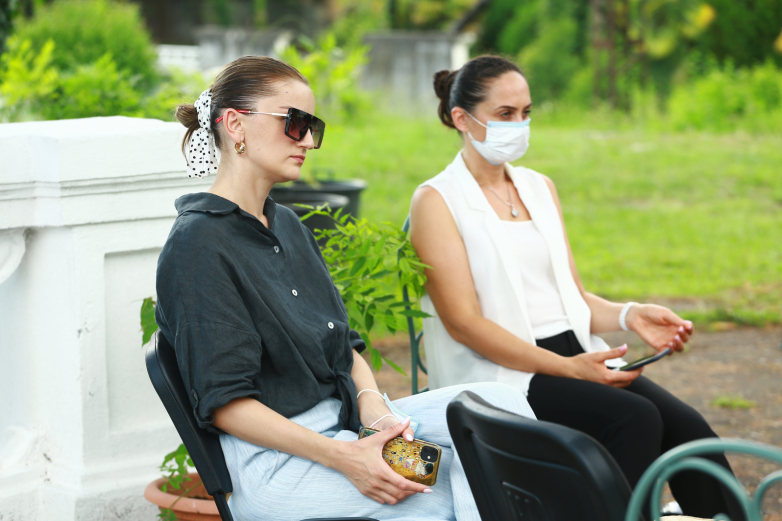 The Parents' club, a special project at the Discussion Club of the World Abaza Congress, began its work in November 2019. Any parent can become a member of the club. According to the organizers, the main condition for this is "interest and motivation". The club hosts meetings with psychologists, pediatricians, and various experts in the field of upbringing and development of children.