The Parents’ club at the WAC Discussion club continued the cycle of meetings with experts in the field of psychology. The guest of the meeting on February 22 was the psychologist Elana Kortua, and the topic was emotional burnout of parents.

The problem of emotional burnout of parents and ways to solve it were discussed at a meeting of the Parents’ club at the WAC Discussion club on Saturday, February 22. This time, a practicing psychologist, a teacher at the Abkhaz State University Elana Kortua, spoke before parents who gathered at the club. Traditionally, most of the two-hour meeting was occupied by questions and lively communication. 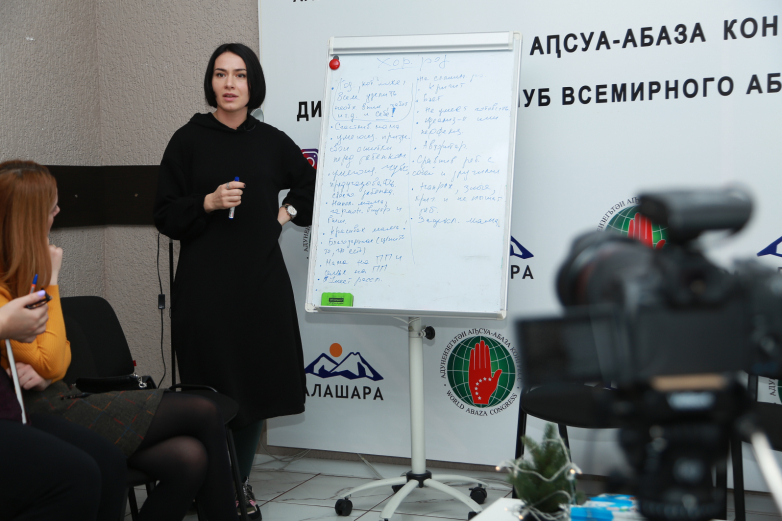 Commenting on her participation in the сlub, the psychologist noted that such an interactive style of classes is close to her: it is effective for the participants to fully absorb information, as they have the opportunity to enter into a dialogue with a specialist.

“We talked about what risk factors exist, which categories of parents are more prone to emotional burnout. We also talked about ways to overcome and prevent the syndrome,” said Kortua.

Burnout syndrome is a common psychoemotional problem these days. The term itself was first formulated by specialists in 1974 and was first applied to doctors, psychologists, teachers, volunteers, that is, those people whose work is connected with constant care of someone. Years later, psychologists started talking about the emotional burnout of parents, mostly mothers. After all, they have to be with their children almost every minute every day, performing a large amount of routine tasks and feeling a constant burden of responsibility.

Psychologists distinguish several stages of the syndrome of emotional burnout; each has its own characteristics. If a person who has suspected this syndrome finds signs of the so-called “can’t stand” stage - loss of strength, indifference to the world around him or her, inability to recover from rest, anger, aggression - then in this case he or she should seek help from a psychologist or psychotherapist. 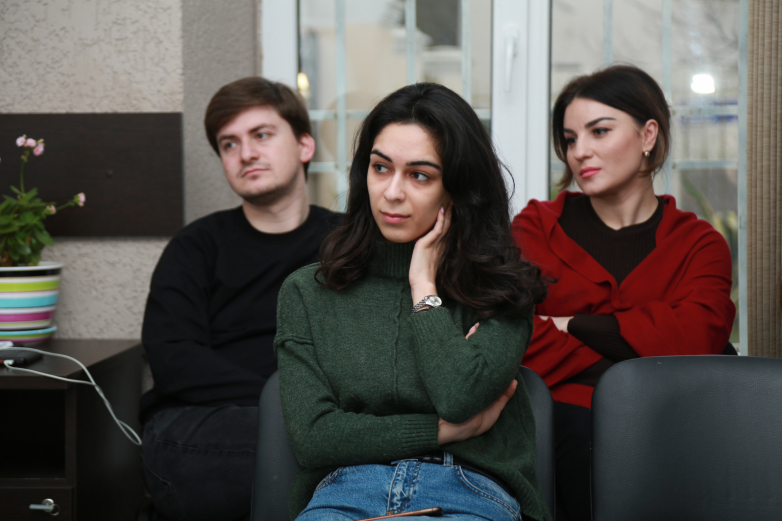 Young mother Oksana Pachulia is a regular member of the Parents’ club. She has a little son, and she is expecting a second one.

“When information is presented in a structured way, as it was now, it develops in a head into a certain mosaic. Elana talked about the stages of emotional burnout, about the precursors of this condition, about how to deal with it - and it became clear that this could be avoided. This is useful for all of us, because we can all be at risk,” said a member of the club.

Journalist Alisa Shamba also tries not to miss the meetings of the Parents’ club. In her opinion, “an excellent roadmap in the world of parenthood” is formed from the practical results of classes at the club. 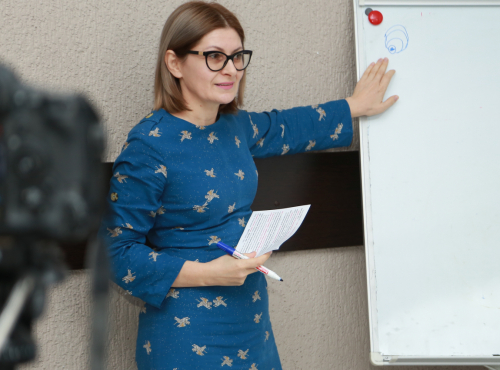 “Today’s meeting helped to realize and accept many things that we think we all already know. However, it is important to hear that there are no ideal parents, that if necessary, you can ask for help, it is important to understand that there is emotional burnout, and it can be recognized and prevented. We managed to discuss this and much more today,” Shamba shared.

This time, not only parents came to the club, but also young girls who will have motherhood in the future. Shazina Zhiba told about her impressions of the meeting.

“For me as a woman and mother in the future it was interesting to participate in the Parents’ club. After listening to the psychologist and the stories of the mothers present, I discovered many conditions that a parent goes through when raising a child. I think that the experience of everyone who told his or her story today will be useful to me in the future. Being a parent is very responsible, you need a set of qualities that will help not only raise a child, but also stay true to your interests, hobbies, and not forget about yourself,” the girl believes.

The Parents’ club is a special project at the Discussion club of the World Abaza Congress. It began its work on November 30. Any parent can become a member of the club. According to the organizers, the main condition for this is “interest and motivation”.