Moscow morning at «Brekhalovka»: how was the festival of Abkhaz culture «Apsny»

Moscow Abkhaz Diaspora celebrated the 25th anniversary of Victory and Independence with the festival of Abkhaz culture «Apsny».

Moscow Abkhaz Diaspora (MAD) for the first time held the festival of Abkhaz culture «Apsny». In this format, on the anniversary of Victory and Independence on September 30, a traditional meeting of representatives of the Diaspora took place.

The festival was held in the very center of Moscow, in the park «Krasnaya Presnya». An improvised Abkhaz wedding, the atmosphere of «Brekhalovka», master classes on cooking national cuisine and much more were added to the national songs and dances at the holiday. 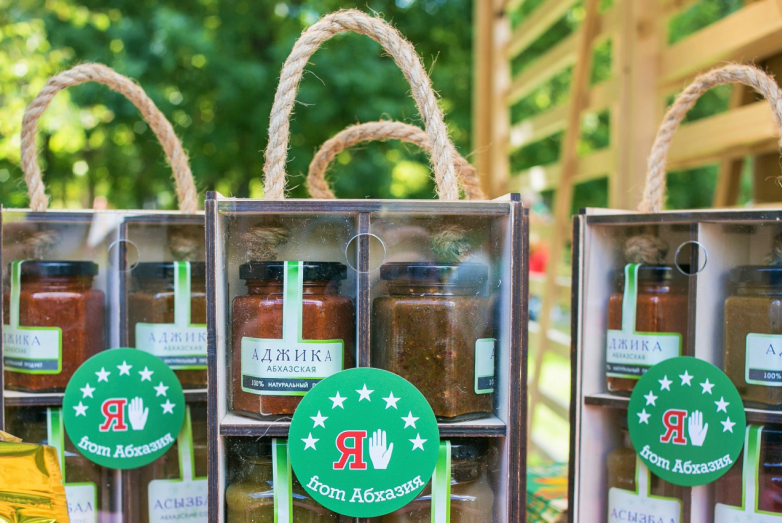 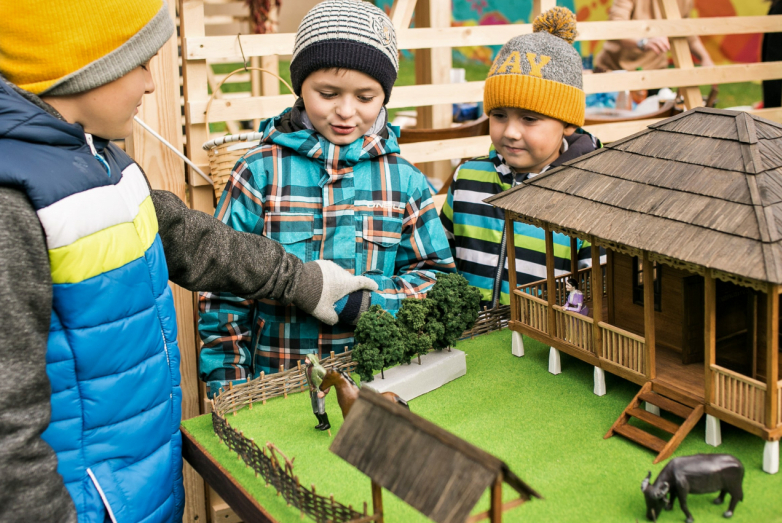 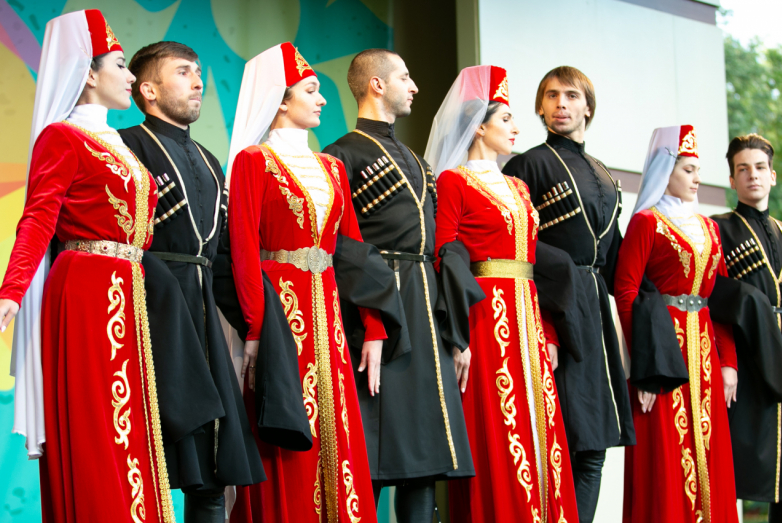 At the «Apsny» festival in the «Krasnaya Presnya» park, Abkhazian folk dances were presented
© MAD

According to the head of the Moscow Abkhaz Diaspora, Beslan Argba, the Diaspora activists discussed various formats for celebrating the anniversary of the Victory, and chose the festival.

«This is the first full-fledged festival of Abkhazia in Moscow - free and open. We gathered almost ten thousand guests, which, in my opinion, is an undoubted success. Yes, it was obvious even without numbers - according to smiling faces, grateful responses during the holiday and after, in social networks,» said Argba.

The ideological message of the event is very simple, he added, namely, «to please» guests. The head of the MAD explained his thought: «It’s like with a human being. What does he do to please? He sings, dances, tells interesting stories, treats, speaks beautiful toasts, shares interesting observations about life, nature, shows films - all this was at our festival! We wanted to please, wanted to please old friends and make new ones.»

One of the organizers of the festival, Nasta Agrba, says that the choice of the format of the festival in the open air is the desire to convey a sense of freedom, fun and hospitality that prevails in the Abkhaz village at a rural holiday.

«First of all, with the help of the festival, we want to tell that Abkhazia is not only the sea, palm trees and tangerines, but also an ancient original culture, and delicious food, and stunning nature, and much more,» she notes.

Let's tell a little more about some of the festival surprises.

Autumn morning on the Moscow «Brekhalovka», or how to cook Abkhaz adzhika

The traditional morning in the Abkhaz capital begins at «Brekhalovka» with aromatic oriental coffee brewed in the sand, intimate conversations about life, politics and social news.

The same morning on «Brekhalovka» began on this holiday in another capital, in the Moscow park «Krasnaya Presnya»: the same coffee in a cezve, the same intimate conversations and even sunny warm weather, so unusual for the last September day in Moscow. 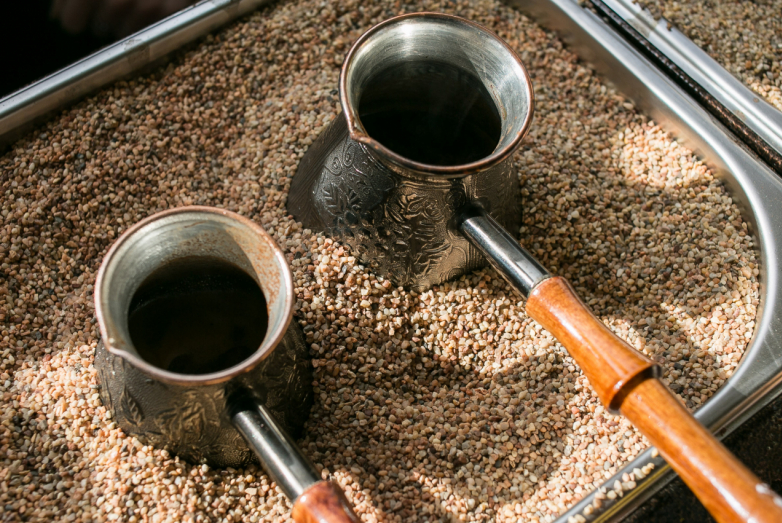 In the improvised Moscow «Brekhalovka», guests were treated the Oriental coffee made on the sand
© MAD / Igor Rodin

Instead of the usual for Sukhum residents sea-breeze smell mixed with coffee one, on the improvised Moscow «Brekhalovka» there was suddenly a smell of burning red pepper mixed with numerous seasonings.

This was the beginning of a master class on the preparation of the most genuine Abkhaz adzhika.

The festival visitors, of course, also had the opportunity to taste and purchase flavored Abkhaz wines.

The celebration continued, and here we go with a young bride in a white dress, accompanied by two friends, entering the improvised courtyard of the groom's family, where she is met with wedding songs and dances, a traditional Abkhazian feast. Gray-haired elders in burkas make long greeting toasts.

So the festival organizers decided to acquaint the Muscovites with the traditions of the Abkhaz wedding. The guests of the festival were presented a theatrical show showing ancient wedding traditions and customs. 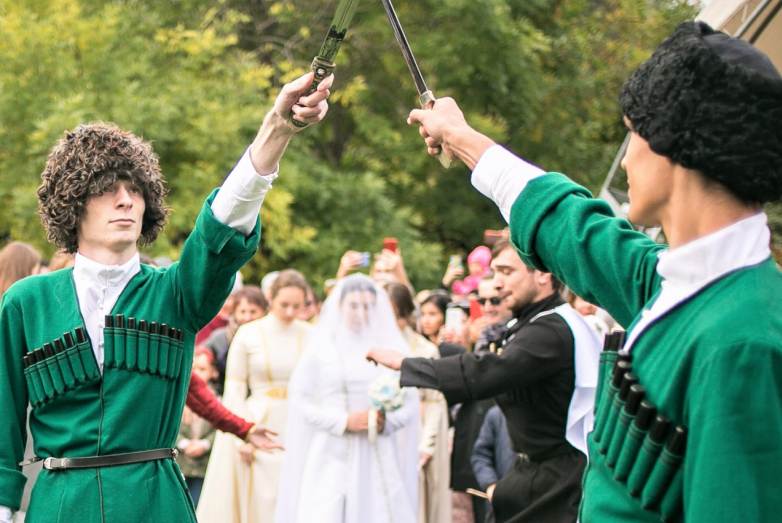 The improvisation of the Abkhaz wedding was memorable and spectacular. The bride was «brought into the house» according to all traditions and customs
© MAD / Igor Rodin 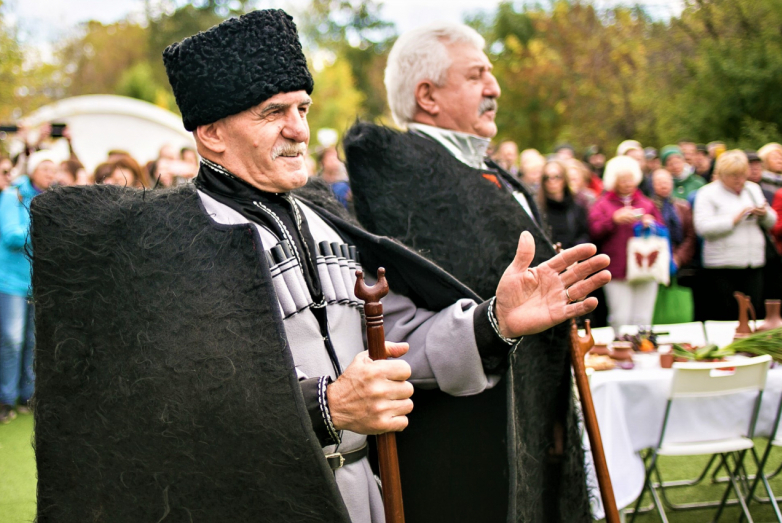 According to tradition, the wedding celebration was accompanied by toasts of elders, wishes of peace and good
© MAD / Igor Rodin

The great interest of the audience to the features of the Abkhaz wedding traditions and culture in general was noted by the head of the Diaspora.

«For me, Muscovites «presented themselves» with new colors - I am very grateful to them. There was genuine interest from people of different ages and social status. We beautified their Sunday» notes Agrba.

The improvised wedding was complemented by performances by creative groups and performers, including the dance ensemble «Amtsabz» and participants of the show «Voice» Timur and Denis Khagba.

There was also an Abkhaz dance master class - from the participant of the Igor Moiseyev ensemble Akhra Tania and the head of the ensemble «Amtsabz» Lasha Marykhuba. The lessons of the Abkhaz language were no less original than the practical lessons.

Guests were able to evaluate the photographs of Tengiz Tarba at the exhibition of the project «Mountain Abkhazia». The festival was completed with the screening of short films by Abkhaz filmmakers «7 novels» based on the works of Mikhail Lakrba, as well as a charity football game from the organization «Goodwill Ambassadors». 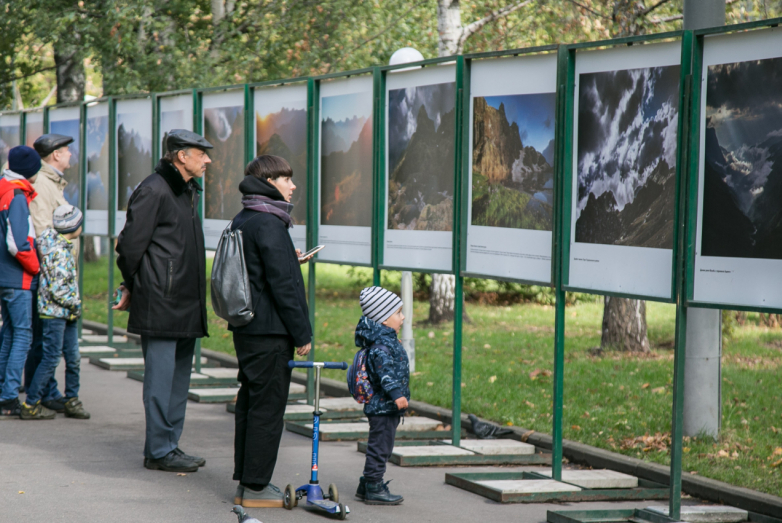 Forming the image of the country and plans for the future

One of the organizers of the festival, the executive director of the Moscow Abkhaz Diaspora, Daur Bargandzhia, believes that the format of the festival has turned out to be very successful, therefore the plans of the MAD are to hold it now annually.

According to Bargandzhia, the diversity of thematic sites surprised even skeptics and was well received by the guests of the festival.

«The peculiarity of the festival is its openness. On the one hand, for our compatriots in Moscow this is an opportunity to become involved in holding such an event. On the other hand, for the guests and residents of Moscow, we proposed a kind of festive leisure form, bringing them closer to our culture and country. Such festivals form the image of the country and its people,» he noted.

It’s too early to talk about the next festival, Nasta Agrba believes, but if it is, then, regardless of the program and participants, it will be an open, entertaining and at the same time informative celebration, where every guest is welcome.

Beslan Agrba expressed a desire to hold such festivals annually, noting, however, some difficulties.

«There is one problem - the harsh climate. This year we begged for the weather, or just got lucky. It is important that it is sunny and dry, it is a success factor. Therefore, it is better to hold such events in the summer ... on the other hand, everyone is traveling somewhere. Briefly speaking, we are thinking. We ourselves liked it so much that I want to repeat it,» he said.

Agrba expressed his gratitude to all who participated in the organization of the festival.

«I cannot name everyone, there are too many of them. I will name the main heroes of the occasion: Daur Bargandzhia, Inna Barchan, Nasta Agrba, Galina Belkova, Dmitry Khashba, Natalya Khlyustova, Ruslan Khagba and Nara Papba and many, many more,» the head of the Diaspora noted.

In preparation for the festival, which took more than three months, about 50 people were involved, including volunteers.

The first show of the film "Abkhazian Song" of the "Amazara" project was held in Sukhum
Teams of fraternal peoples: preparations are underway for the second "Иaрбан? Иаба? Ианба?" game.
Language as a key to the history of the people: a lecture on the Abkhaz language was held at the WAC office