The VII Congress of the Federation of Abkhazian Cultural Centers was held in Turkey on the occasion of the election of the Chairman and board members.

Murat Makharia (Gümüş), a member of the Supreme Council of the WAC, was elected Chairman of the Federation of Abkhazian Cultural Centers (AbkhazFed) in Turkey at the VII Congress of the Federation in the city of Kocaeli. The Congress was held on November 15.

The elections of the Federation Chairman are held every two years according to its charter. The head of the AbkhazFed is elected by secret ballot. Delegates are sent to the Congress for the elections from each Dernek, or cultural center, of which there are 17 in Turkey today.

Participants of the VII Congress noted the high turnout of delegates: out of 302 registered delegates, 271 people took part in the elections. For the first time in the history of the AbkhazFed, two candidates applied for the post of Chairman of the Federation. The opponent of Murat Makharia was the acting head of the cultural center in Sakarya Ural Bganba. 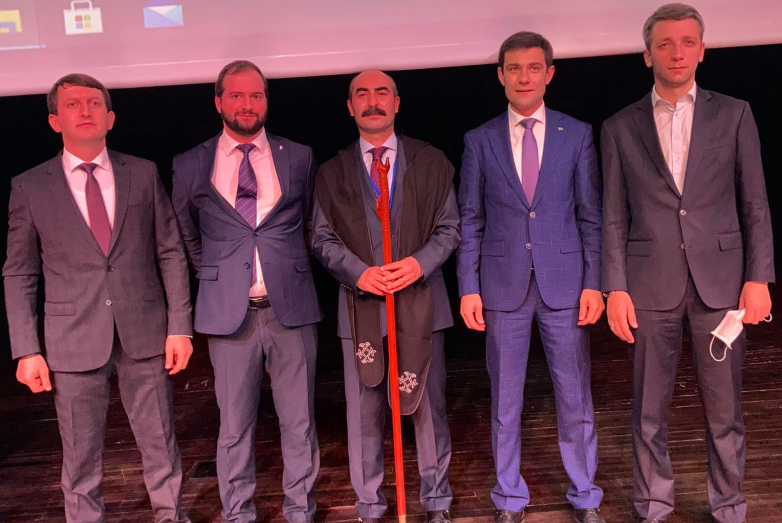 The Executive Secretary of the WAC, Inar Gitsba, who was present at the Congress, noted that, despite the difficult epidemiological situation, the Congress was held in the face-to-face format. According to his observations, the organizers of the event took the necessary precautions as much as possible.

Gitsba noted that in the context of cooperation with the AbkhazFed, the World Abaza Congress was repeatedly mentioned at the Congress, and the newly elected head of the Federation voiced the need to strengthen cooperation and effective interaction with the WAC.

The Executive Secretary of the WAC said that at the suggestion of the Chairman of the Supreme Council of the World Abaza Congress Mussa Ekzekov, active work will begin on a bilateral agreement between the WAC and the AbkhazFed, which will spell out specific steps and initiatives to implement events significant for the Abkhaz-Abaza people.

"Such cooperation is extremely important. It will allow much more efficient implementation of priority areas for bringing our people together, for the preservation and development of our language, our culture and the social status of each representative of our ethnic group, as well as the promotion of an objective image of the Republic of Abkhazia", Inar Gitsba commented on the upcoming cooperation.

The Executive Secretary of the Congress made a welcoming speech at the Congress on behalf of the Chairman of the Supreme Council of the WAC Mussa Ekzekov. In this address, according to Gitsba, "the fundamental principles of cooperation between the WAC and the AbkhazFed were noted, aimed at finding the most effective ways to realize the creative potential and strengthen spiritual, cultural and linguistic unity."

"At the same time, I noted that our common tasks include promoting the formation of Abkhazia as a more stable, successful and prosperous country. I also noted that the WAC performs the functions of an institute of public diplomacy, which, with the help of the colossal resource of the Abkhaz-Abaza Diaspora around the world, is focused on systematic work to popularize our history, traditions and language," said Inar Gitsba. 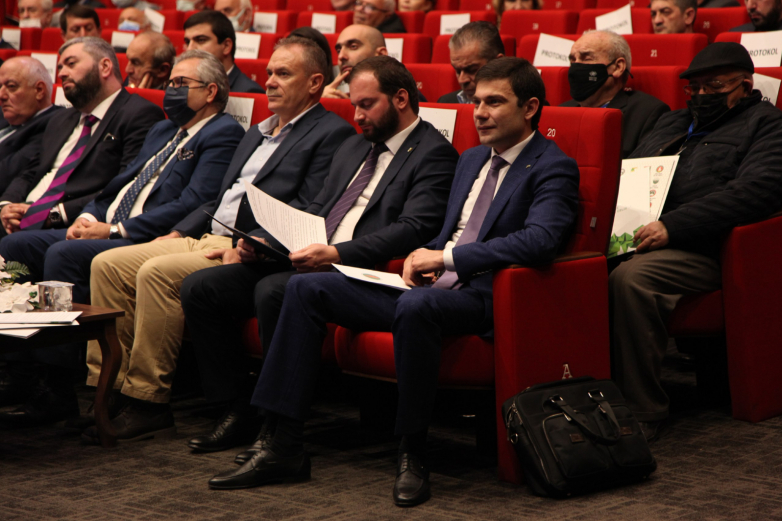 The new Chairman of the Federation of Abkhazian Cultural Centers Murat Makharia, in turn, thanked the delegates for their trust and spoke about the first steps as the head of the AbkhazFed.

"Our first goal, of course, is to develop dialogue in our homeland, in the homeland of our ancestors, to ensure their integration with us, brothers and sisters in Turkey. Currently, one of the biggest problems of the Diaspora living in Turkey is about travelling home. In this regard, negotiations are underway with ambassadors and other high-ranking officials, - said Makharia and added that it is difficult for people to "love from afar". - We should see each other more often, embrace each other and thus heal our emotions. We’ll do this first."

With regard to cooperation with the WAC, the new head of the Federation recalled that he himself acts as a representative of the Congress in Turkey.

"I am one of four people representing Turkey in the Supreme Council of the World Abaza Congress, elected in 2017 under the chairmanship of Mr. Mussa Ekzekov. Due to the pandemic, we were unable to participate in all the planned activities of the WAC. In a month or two, we will meet in Abkhazia with the Chairman of the WAC SC Mussa Ekzekov and discuss what can be done, how to promote our culture, our society, our Diaspora, how to develop cooperation, and draw up a "road map", said Murat Makharia about his immediate plans ...

The Chairman of the AbkhazFed also said that on his first trip to his homeland in his new capacity, he plans to meet with the President of Abkhazia, Aslan Bzhania.

The VII Congress of the Federation of Abkhazian Cultural Centers was also attended by the Head of a separate subdivision of the ANO "Alashara" in Cherkessk, Murat Mukov.

He noted that "Alashara" plans to implement the previously indicated plans of cooperation with the AbkhazFed and recalled that a cooperation agreement was signed between "Alashara" and AbkhazFed.

"We hope that all our plans will be realized. The more we communicate, meet, work together, the more productive, closer and better our work and our future will be. It is associated both with Abkhazia and with the Abaza people in the KChR and our Diaspora in Turkey. We must be an example of how we can jointly solve problems and achieve success," said Murat Mukov.

The Federation of Abkhazian Cultural Centers is a public organization that includes 17 centers (Derneks) in various regions of the Turkish Republic, where representatives of the Abkhazian Diaspora in Turkey live compactly. AbkhazFed was created in 2010 and today unites more than 15,000 representatives of the Abkhaz-Abaza people in Turkey. In different years, the Federation of Abkhazian Cultural Centers was headed by Feredun Akusba, Jingiz Ashuba, Akhmet Khapat and twice by Atanur Akusba.