The Discussion club of the World Abaza Congress continues to hold working meetings with invited experts. The topic of another meeting of the club is "National music of the Abaza people: yesterday, today, tomorrow".

The meeting of the Discussion club of the World Abaza Congress on the "National music of the Abaza people: yesterday, today, tomorrow" was held in the round table format in the press center of the Congress on November 10.

Musician and composer Timur Agrba and pop singer Ilda Kuchuberia were the experts of this meeting.

The head of the WAC Discussion club, Rustam Zantaria, opened the round table meeting and highlighted the main idea of the meeting: the preservation and development of the national music of the Abaza people. 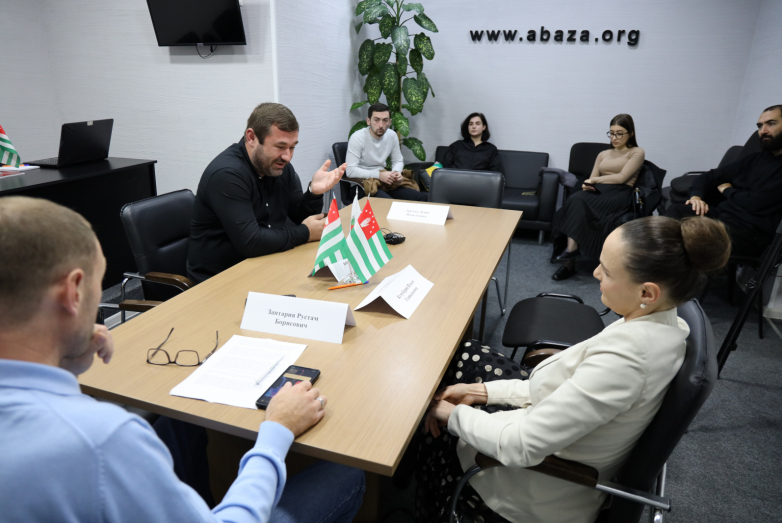 Musician Timur Agrba shared his many years of experience. He successfully wraps well-known old melodies in the form of a new sound. The musician believes that national music is what identifies the Abaza people among other peoples around the world.

"Folk music is the soul of the people. We must realize how much we need stylization in music today and whether we need it at all. Within the framework of certain projects or the release of any album, the issue of styling is different. However, when we talk about what directly concerns the national image, maximum caution is required. We cannot give ourselves some musical freedom in stylization of national music," he said.

The expert spoke about the other side of the stylization of national music. In his opinion, in order to raise interest in music, one must keep up with the times.

"A person's entire conscious life is accompanied by melody, music. Music "in its purest form" should be passed from generation to generation. A competent approach to stylization will cause even greater interest in music," he said.

Pop singer Ilda Kuchuberia has been taking singing lessons in her own studio for several years. Her students are children and teenagers from different parts of Abkhazia. The singer considers knowledge of her native language to be the main priority in her activities and in preserving the national image in the field of music. Ilda noted that Abkhazian songs imbue with spirit and reflect the life of the people. Therefore, it is important that Abkhazian songs sound at every event, concert and competition. 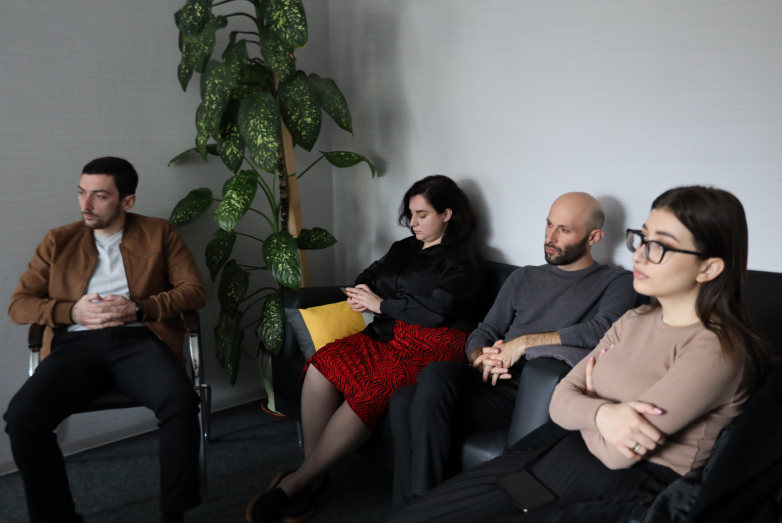 "No matter what kind of music is popular today, I have no doubt that Abkhazian melodies always sound in the soul of the Abkhazians. It is an integral part of our life," said Ilda.

The participants of the round table noted the need to create new projects aimed at popularizing national music.

Earlier, within the framework of the project of the WAC and ANO "Alashara" on the intangible heritage of the Abkhaz-Abaza people "Amazara", a documentary film was made about Abkhazian folk songs. A press screening of the "Abkhazian Song" documentary was held in the Sukhum office of the Congress on May 16 this year.