Nikolay Marr: author of the “crazy” theory in linguistics and an Abkhaz scholar

The works of the Caucasian scholar and linguist Nikolay Marr cause mixed opinions in the scientific community, as does the personality of Marr, but, undoubtedly, he was a bright scholar who left a mark in Abkhaz studies. December 25 is his birthday.

Nikolay Marr was born on December 25, 1864 in the city of Kutais in the family of the Scotsman Jacob Montague-Marr and the Georgian Agafia Magularia. (Date of birth according to the latest edition of the Abkhaz biographical dictionary, however, in some sources there are other options -ed.)

This union could be called a family at a stretch.  Jacob lived in Georgia for a long time and cultivated tea bushes.  He married a Georgian woman who was 60 years younger than him: he was already 80 at the time of his marriage. Moreover, Jacob and Agafia did not even speak the same language: he spoke English and French, did not know Georgian and she knew nothing but the Georgian language.

In such a strange family, even from a linguistic point of view, the future linguist Nikolay Marr was born.  Mother adored her son and raised him with great attention, confident that there was something special in him.  Marr considered Georgian his native language, but was a citizen of Great Britain. 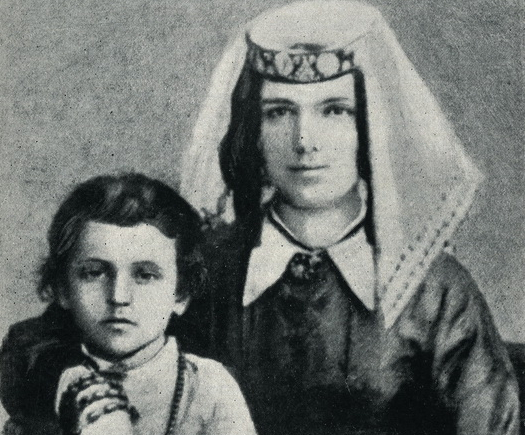 From an early age, Marr showed an extraordinary talent in learning foreign languages.  Having learned Russian, he already in the second grade independently read the first book in it.  The young man did not go to Kutais gymnasium, where he studied, often missed entire semesters, but at the same time moved from class to class with brilliant grades in languages.  He studied them on his own.  He was especially carried away by Greek.  In 1884, Nikolay Marr graduated from high school with a gold medal and was enrolled in the Faculty of Oriental Languages ​​at St. Petersburg University. 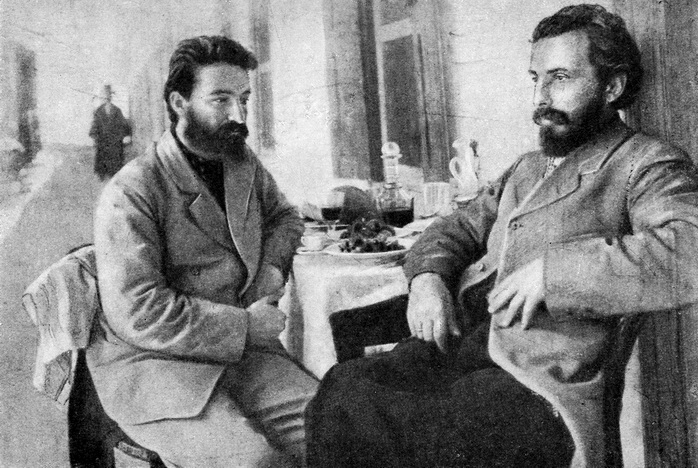 As a student, Marr managed to study simultaneously in four departments of the Faculty of Oriental Languages.  And here the decisive role was played by the thirst to learn as many foreign languages ​​as possible.  He learned everything that was taught at the faculty.

Back in his university years, he came up with the idea that the Caucasian languages, in particular Georgian, are akin to Semitic languages.  In the future, he turned this assumption into the main scientific theory of his life. 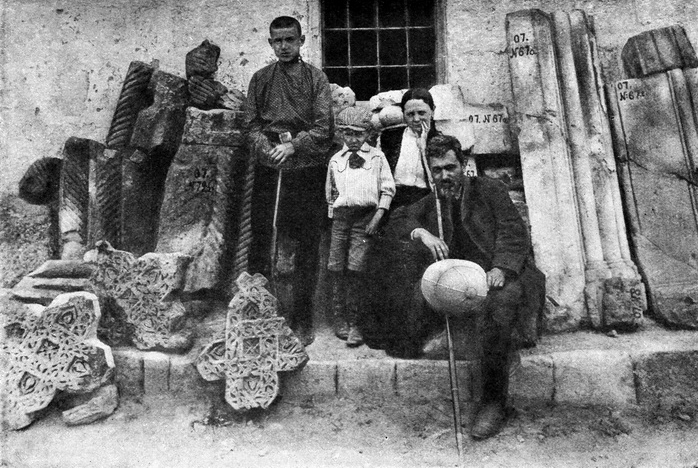 After graduation, the future scholar remained teaching at the Department of Georgian and Armenian Literature at St. Petersburg University.  Later, he became the professor at this university, and in 1911 the dean of the Oriental faculty of the university.

Marr was one of the most respected oriental scholars of his time.  With equal enthusiasm, he studied both ancient Georgian and ancient Armenian historical materials, made scientific discoveries on business trips abroad, for example, at Sinai in Egypt, in the ancient capital of Armenia, Ani, in Jerusalem.  His works on Caucasian studies are considered very valuable, some of them are classical, which cannot be said about his works on linguistics. 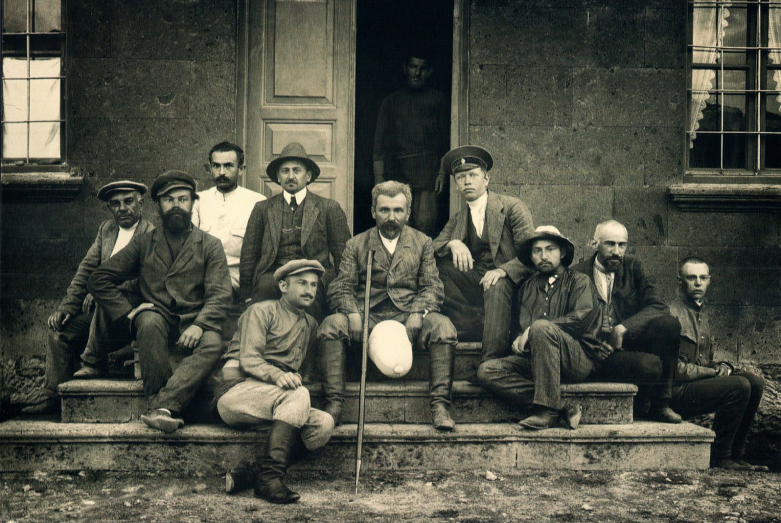 Nicholay Marr with students on an expedition, Ani, Turkey, 1912
© ru.wikipedia.org

Nikolay Marr is considered the creator of the “new doctrine of language” or the so-called “Japhetic theory”, which received its name from the biblical third son of Noah Japheth.  According to the theory of Marr, which he made in 1923, all the languages ​​of the world are descended from the “four elements”.  The idea of ​​“Japhetic languages” is considered not as genetic, but as a kind of class community.  Thus, Marr worked hard to connect the doctrine of language with the growing momentum of Marxism.  Marr ranked Georgian, Mingrelian, Svan, and Chan as “Japhetic languages,” and later he began to classify some other dead languages ​​as well, proving their kinship with Semitic languages. 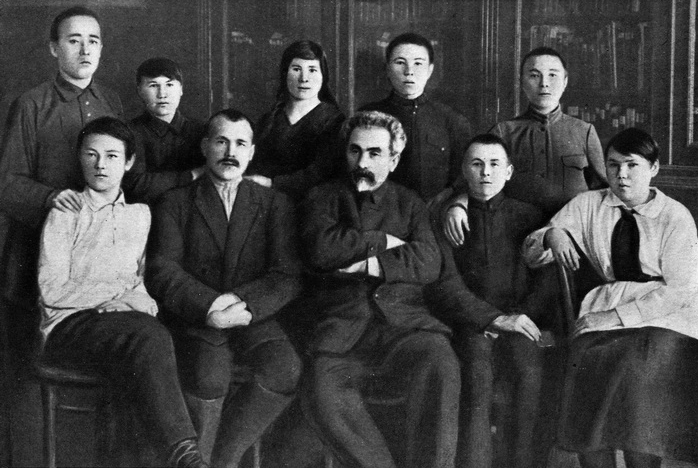 Other linguists acutely criticized his hypotheses, called them unscientific, based on a “sick imagination.” Nikolay Marr was seriously suspected of some mental deviations, but it was not established whether he was really sick.

For some period, Marr's theory was successful, as it was supported by the head of the Soviet state Joseph Stalin, who even used Marr's theses in his speech at the sixteenth congress of the All-Union Communist Party of Bolsheviks in July 1930. 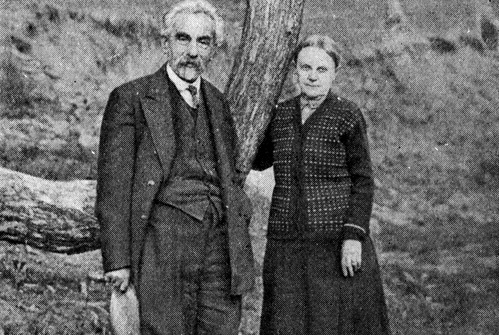 Abkhaz researches of the scholar

The name of Academician Marr is remembered in Abkhazia with great respect.  The creation of the Abkhaz Academy of Language and Literature is largely his merit.  It is known that Nikolay Marr studied in detail the Abkhaz language.

In the summer of 1912, after an archaeological expedition in Svaneti, he visited Abkhazia. Together with Dmitry Gulia, Nikolay Janashia, Nikolay Pateypa, Petr Charaya and other local scholars, he spent a long time in the village of Dzhgerda of the Kodor district in the family of Abkhaz Khabyja Ashuba.  So he got acquainted with the Abkhaz speech and even, in his own words, “began to understand the lively Abkhaz speech of the Dzhgerda dialect”. 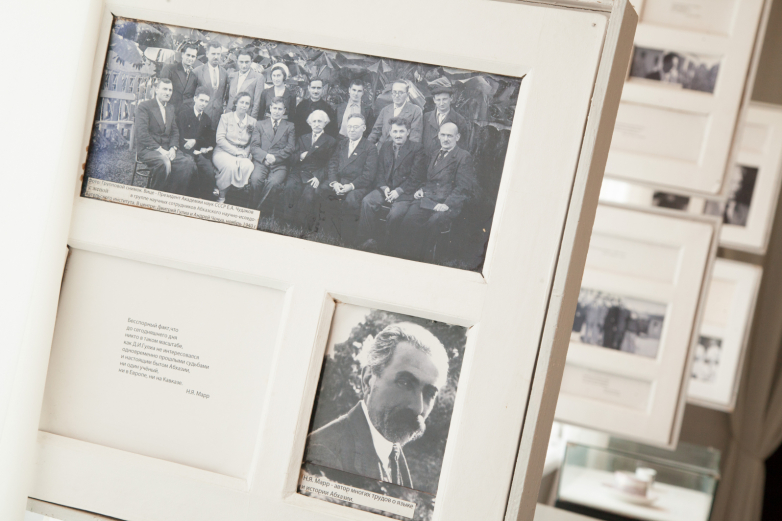 In a letter written by him to the head of the Abkhaz SSR Nestor Lakoba, Marr justified the need to create a scientific linguistic community in the Republic.

“It is necessary to strengthen the research part of society devoted to the science of man, of language and epic, folklore, folk songs, tales, traditions, beliefs, etc., as well as monuments of material culture.  In general, it would be good for the Abkhazological section of the AbNO (Abkhaz Scientific Society, which was created in 1920 - ed.) to immediately acquire a room for laboratory equipment for linguistic, ethnographic and archaeological work,” wrote Nikolay Marr to Nestor Lakoba.

On October 11, 1925, the Academy of Language and Literature was opened (it has been renamed many times, now the Abkhaz State Institute for Humanitarian Studies - ed.).  Nikolay Marr became the honorary chairman of this academy, the chairman was Andrey Chochua, and the staff was Dmitry Gulia and Konstantin Kovach.

In 1926, Marr published the Russian-Abkhaz Dictionary, and also developed the Abkhaz analytical alphabet of 77 letters based on the Latin alphabet. This alphabet was used for some time until some Abkhaz scholars spoke of it as inappropriate, among them was the famous enlightener Dmitry Gulia.  This, as well as some other differences, caused tension between Gulia and Marr. 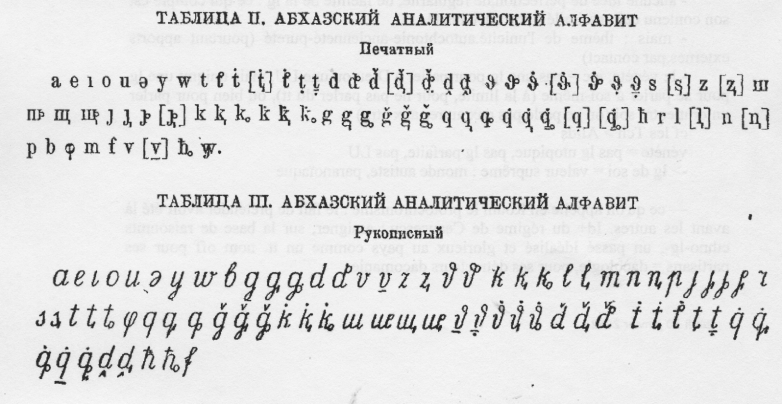 “He was an enthusiastic, passionate, deeply and versatilely educated person,” Gulia wrote about Marr. “The alphabet proposed by him, adopted in many republics of the Caucasus, was categorically rejected by me.  This dramatically cooled our relationship.  The Abkhaz government introduced the Marr alphabet.  However, life has shown that Marr was wrong in this dispute - his alphabet lasted only a few years and then disappeared.”

In Sukhum, one of the capital's streets is named in honor of Nikolay Marr.  Here they remember and honor the way he respected the Abkhaz language, putting it on a par with the oldest languages ​​of the world.

Member of the Imperial Academy of Sciences, director of the State Academy of the History of Material Culture, founder of the Japhet Institute in Petrograd (in 1921), vice-president of the USSR Academy of Sciences - all this is about Nikolay Yakovlevich Marr, who lived most of his life in St. Petersburg until his death on 20 December 1934.  He was buried in the Alexander Nevsky Lavra.

• A.K. Khashba “Academician N.Ya. Marr on the language and history of Abkhaz”