President of Abkhazia Raul Khadzhimba during the official visit to Syria met with representatives of the Abkhaz-Adyg Diaspora and honored the memory of Waleed Marchan.

President of Abkhazia Raul Khadzhimba during his first official visit to the Syrian Arab Republic on September 7 met with representatives of the Abkhaz-Adyg (Circassian) Diaspora in Damascus, and laid flowers at the grave of the outstanding representative of the Abkhaz-Abaza ethnic group, Waleed Marchan. Reported by the press secretary of the head of Abkhazia Naala Avidzba to the information web portal of the WAC. 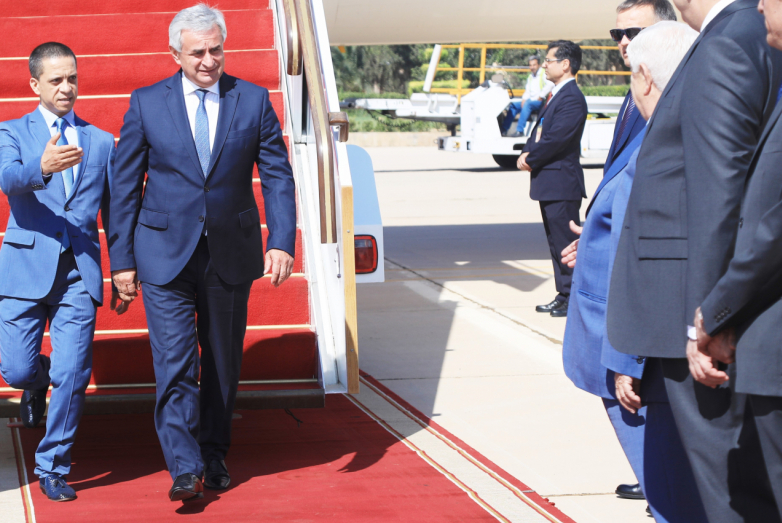 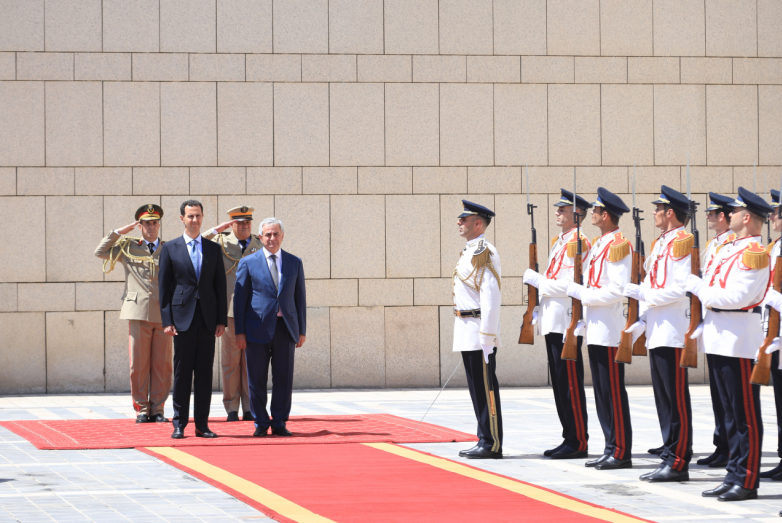 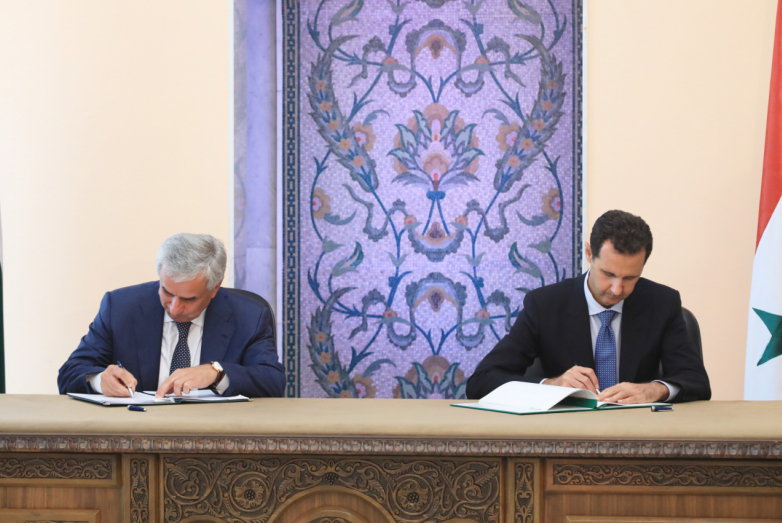 The atmosphere of the meeting with representatives of the people was very friendly and warm, said Avidzba.

«Our compatriots greeted the President and the accompanying delegation with great warmth. More than once at the meeting representatives of our Diaspora said that it is difficult to express the joy that they experience from the fact that both of their homelands began to actively interact in many directions,» the press secretary of the President of Abkhazia said.

During the meeting Raul Khadzhimba addressed to his compatriots in Syria and said that the decision of the head of the Syrian Republic Bashar al-Assad to recognize the independence of Abkhazia is highly appreciated in Abkhazia. Khadzhimba noted that the people of Abkhazia are proud of their compatriots from Syria.

«Dear brothers, we are proud to have you. We are proud of the fact that relations have been built today, which the Abkhazian people have been waiting for many years. Bashar al-Assad made a courageous step recognizing Abkhazia. We highly appreciate these decisive actions,» Khadzhimba said. 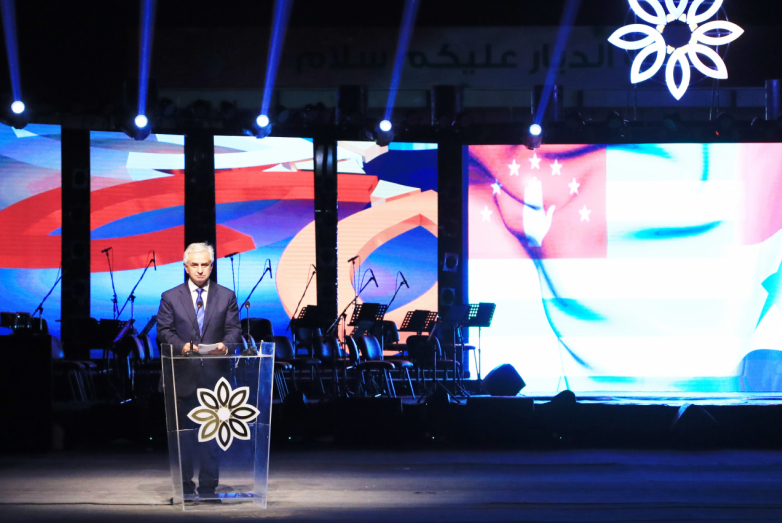 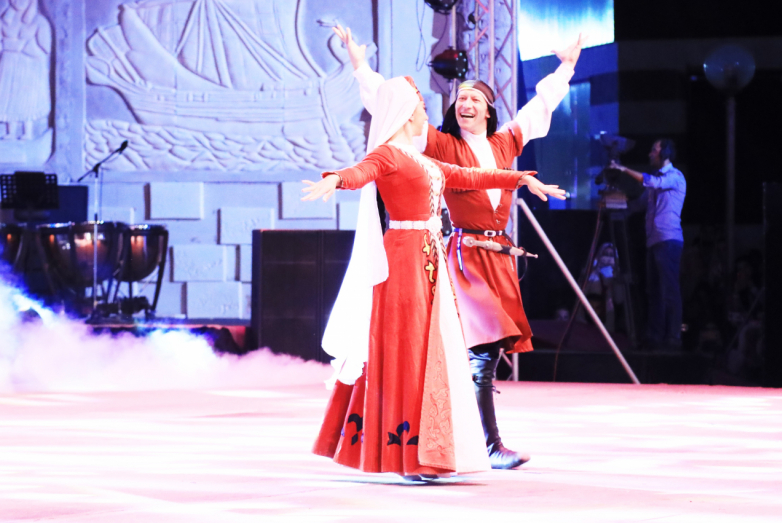 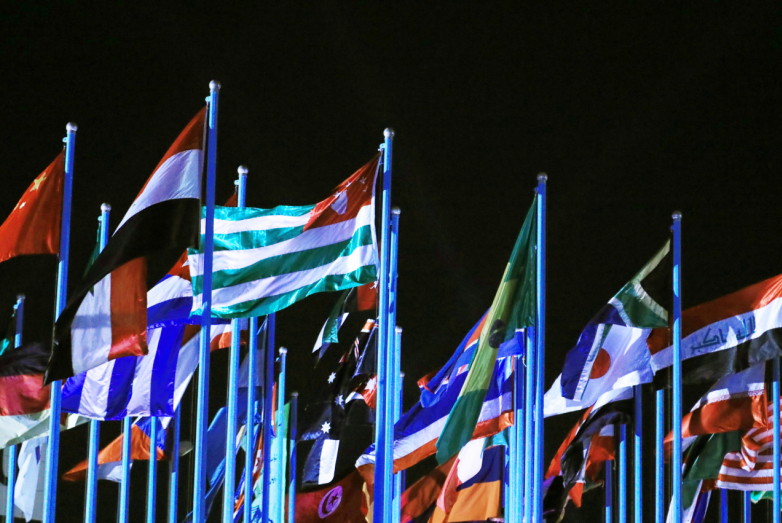 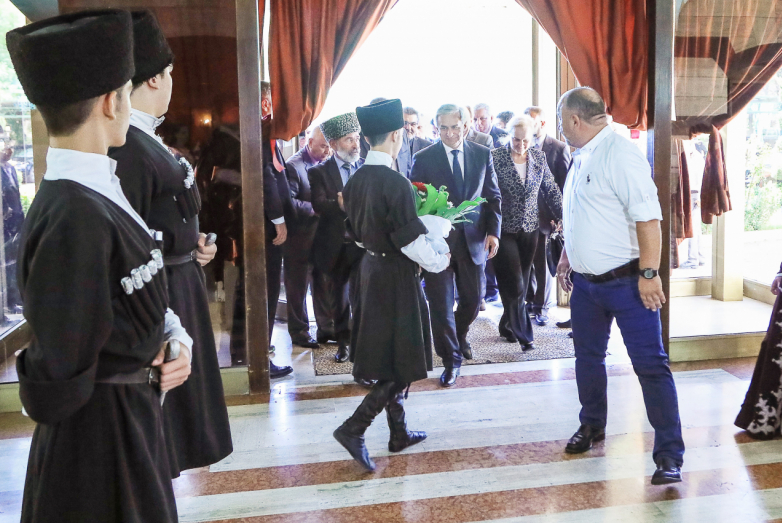 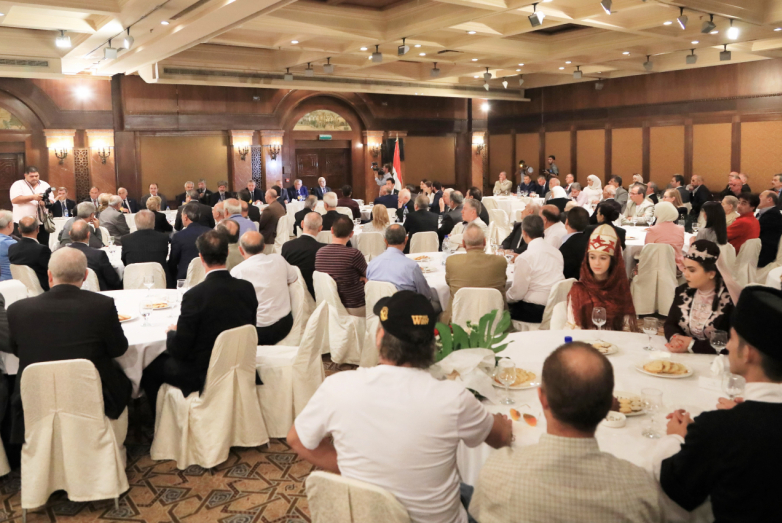 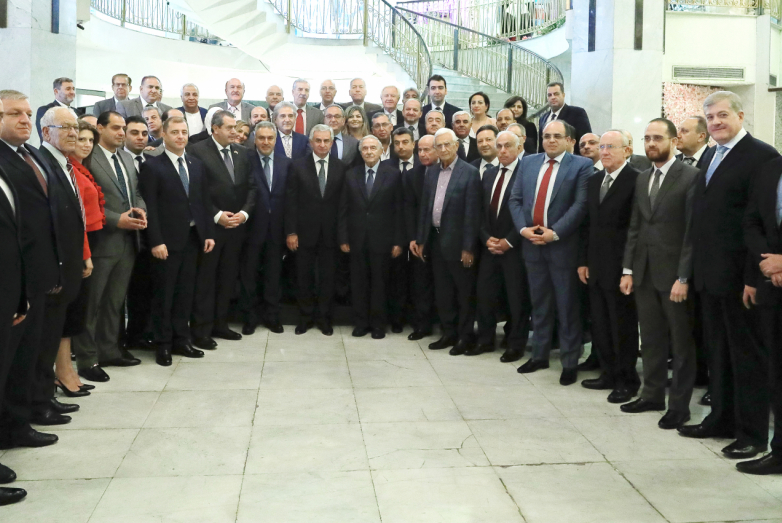 He said that at the meeting with the Syrian President, which was held in Damascus on September 4, the ways of developing relations between the two states were discussed.

«I have no doubt that steps will be taken on both sides to implement them. Having set foot on the land of Syria, we felt the warmth and goodness of the Syrian people. Recognition by Syria was the greatest event for Abkhazia. I have no doubt that our friendship will be strong for many years, for centuries,» the President of Abkhazia said.

The Chairman of «Adyge Khase», Ridvan Bardoko, noted that the visit of the President of Abkhazia is a great event for Syria.

«By your presence you have shown us great honor. We are grateful to you for everything you have done for our people who are returning to Abkhazia, providing them moral and material support during the crisis that has engulfed our country. Thanks to this, our compatriots are staying there in prosperity,» he said.

According to the Ministry of Repatriation of the Republic of Abkhazia, since 2011 more than 800 Syrian refugees have arrived in the Republic, of which more than 500 people permanently reside in Abkhazia today. Most are already provided with housing, the rest are waiting for their turn to receive housing.

During his visit to the Syrian Arab Republic, President Khadzhimba also laid flowers at the grave of the outstanding representative of the Abkhaz-Abaza ethnic group, General of the Syrian Army Waleed Marchan. During his lifetime Marshan contributed to the rapprochement of the two peoples and repeatedly visited the Republic of Abkhazia. 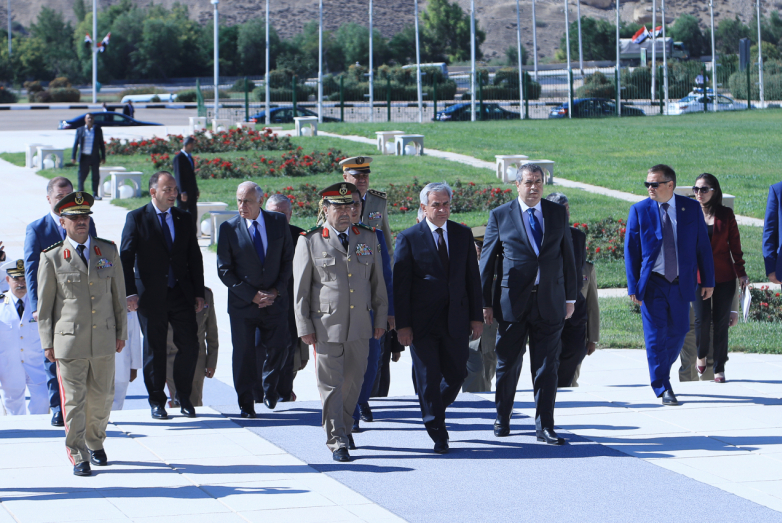 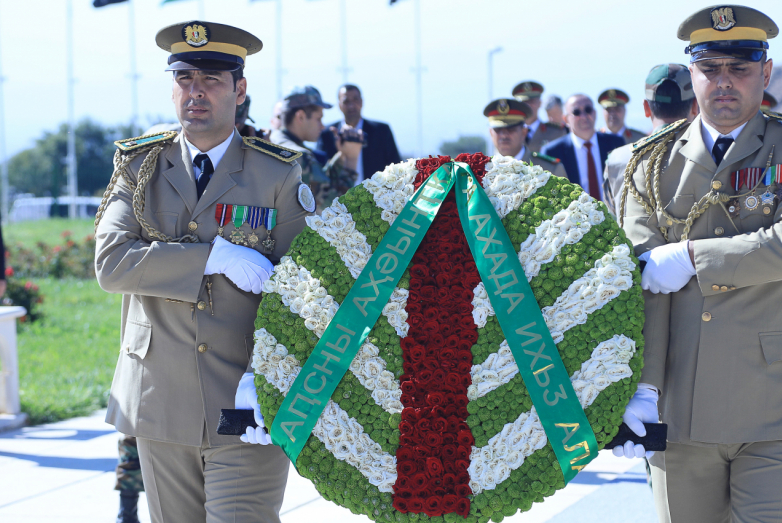 According to the official website of the president, the head of state also met with the family of Waleed Marchan.

The President of Abkhazia arrived on an official visit to Syria on September 4. Khadzhimba and Assad signed the Treaty of Friendship and Cooperation between the two countries. Earlier, on May 29 of this year, Syria announced the international recognition of Abkhazia and the establishment of diplomatic relations with it.