The conference for the media was held in the press center of the WAC on the eve of the First cultural and sports festival “Abaza” in Abkhazia.

Journalists were told about the upcoming cultural and sports festival “Abaza” in Abkhazia at the WAC press center on Friday, October 11. 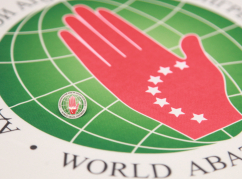 Speaking to the participants of the press conference, the Chief of Staff of the Congress Kan Tania noted that the success of the ANO “Alashara’s” experience in the KChR was an impetus for the festival: for six years the association has been holding a similar festival in Cherkessk, and it is very popular among representatives of the Abkhaz-Abaza Diaspora.

“In the first year at the festival in the KChR there were 50 people, the next year - already more, about 120 people. This year, the “Abaza” festival in Cherkessk was visited by more than 2500 people. The festival provides an opportunity to get acquainted with representatives of the Abkhaz-Abaza Diaspora from around the world in a friendly atmosphere,” said Tania.

He noted the importance of holding a festival in Abkhazia.

“One of the priority tasks is to create conditions for the return [to homeland] of our compatriots from different countries. This festival will help to more actively involve compatriots in our culture,” Kan Tania explained, adding that among Abkhaz and Abaza “human ties should simply strengthen.”

Geta Ardzinba, the head of the Women's Councils of the WAC, spoke in detail about the festival program. She explained that the festival will be held in two stages. The first includes a freestyle wrestling tournament for the cup of the Chairman of the Supreme Council of the Congress Mussa Ekzekov. It will be held in Gudauta. The second stage will contain a cultural program and will be held in Sukhum, on the Makhadzhir’s embankment.

“The theatrical reconstruction of the ancient Abaza rite of bringing the bride will become the center of the stage program. Also in the wide exhibition tent there will be an exposition from the storerooms of the collection of the Abkhaz S.tate Museum and photographs of exhibits from the ethnographic museum of the village of Elburgan. Abaza national costumes specially brought for the holiday will be presented there. The entire area will become a “gallery” of old Abaza photographs printed in poster format - “They call themselves Abaza.” A large food court will be available with national Abaza treats specially prepared by the Women's Council of ANO “Alashara” from Karachay-Cherkessia,” said Ardzinba.

The head of the Women's Councils of the WAC noted that the organizers of the festival primarily want to give everyone a beautiful holiday in the national style, “to create a positive background for cultural exchange with Abaza who will come to their historical homeland.” 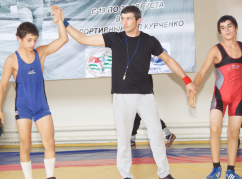 Raise fortitude and focus to win: professionals about freestyle wrestling in Abkhazia

She added that the main objective of the festival is to unite the Abkhaz-Abaza people, and the organizers are trying to achieve it “through the prism of a common history”.

“That is why there is so much historical and ethnographic content in the focus of the scenario plan.  We see a story about our common past as a necessary part of today's awareness of who we are. We need the former unity, the revival of which is facilitated by such events,” she concluded.

As for the sports part of the festival, the freestyle wrestling tournament will be held in Abkhazia not entirely for the first time. The first tournament for the cup of the Chairman of the Supreme Council of the WAC Mussa Ekzekov took place 10 years ago and has since gained great popularity among athletes. This was recalled by the executive director of the Abaza freestyle wrestling club Leonid Bojgua, expressing the opinion that over the past years the club has “reached great heights.”

“This year the tournament will be attended by athletes from Moscow, St. Petersburg, Rostov, Krasnodar, Kaliningrad, Sochi, as well as from Karachay-Cherkessia, Kabardino-Balkaria, North Ossetia, South Ossetia, Ingushetia and from all towns of Abkhazia. There will be two age categories: 15-16 years old and 17-18 years old. There will be more than 200 athletes in total,” Bojgua said.

The cultural and sports festival “Abaza” will be held in Abkhazia for three days and starts on October 16 in Gudauta with a two-day freestyle wrestling tournament. On October 18, the festival will move to Sukhum on the Makhadzhir’s embankment in front of the Abkhaz State Drama Theater and continue with a cultural program. The holiday in Sukhum will begin at 13:00 and will last until late in the evening.

Sports WAC Culture “Abaza” festival
To leave a comment you need
to login or register.
Share
No comments

Winner stage: "Abaza" graduate became a coach in St. Petersburg
Abraskil spoke in English: WAC translated the Abkhazian cartoon
The Museum of Anthropology and Ethnography released a collection "Caucasus: Crossroads of Cultures"
Famous compatriots: Adnan Kabartay told about the Abkhazians of the Middle East
All publications