The premiere of the play “Romeo and Juliet” took place on August 21 at the Samson Chanba Abkhaz Drama Theater.

The premiere of the immortal tragedy of William Shakespeare “Romeo and Juliet” was held on the stage of the Abkhaz Drama Theater on Wednesday, August 21. Actors played in the Abkhaz language. The director is the Honored Artist of the Russian Federation Adgur Kove. 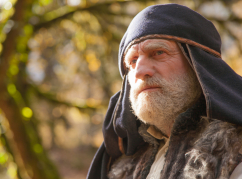 “Thank you grandfather for the victory”: the film by Abkhaz director Timur Tania was released in Russia

He said that there is a certain specificity in the work on the production of such a famous classic. For example, to find in the plot details that were omitted in other productions of the same play and draw the attention of the viewer to them.

“In addition to the well-known plot, we tried to include some things that are in the play, but for some reason were not noticed,” the director said.

The novelty of the work lies, first of all, in the language of the performance, says Kove.

“This is one of the most repertory plays in the world, maybe even the most. Everyone plays it, everywhere and always. On the other hand, it is being staged in Abkhazia for the first time and for the first time in the Abkhaz language,” he explained.

There are also certain directorial ideas among the new features in the performance. Therefore, there is a multi-genre music in the play. The director uses compositions from world classics along with modern ones as a musical accompaniment.

Another feature is that the performance uses fragments from the plays of Alexander Pushkin's “A Feast during the Plague” and Edmond Rostand's “Cyrano de Bergerac”.

The national poet of Abkhazia Gennady Alamia translated the Shakespeare’s play into the Abkhaz language. He told about this great work to the WAC web information portal even earlier, in an interview on his anniversary.

“I’m working on the translation of the Shakespearean tragedy,” the poet said then.
The resulting translation was highly appreciated by the audience, actors and director, who called it “brilliant.”

“I, without hesitation, said yes! Yes, OK! I will play Juliet! Probably every actress wants to play Juliet in her soul, and I am very glad that I was so lucky,” said Tyrkba. 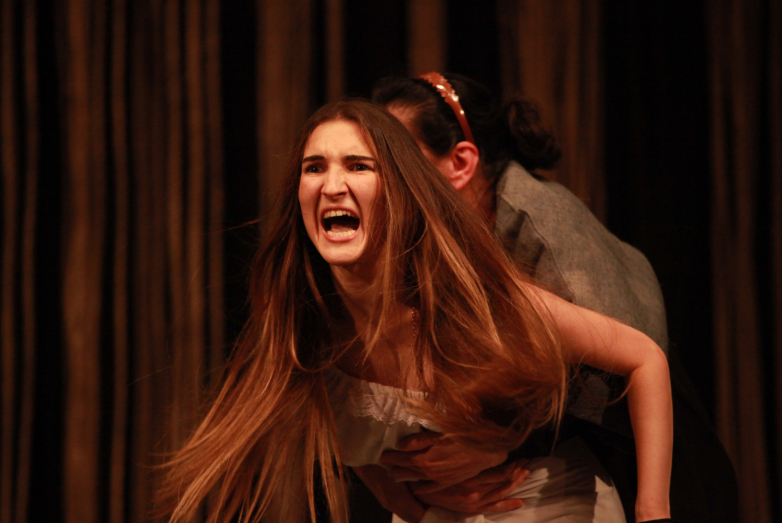 In the second part, the role of Juliet is played by the young actress Lana Dzhopua. The role of Romeo is performed by the actor of Abkhazdram Benar Kove.

Today, many young actors work in the Abkhaz Drama Theater, which, according to the theater’s director general director Nodar Chanba, allowed the team to take on this production.

“We are pleased that there are young actors in our theater, recently graduates of St. Petersburg and Moscow theater universities have joined them. First of all, this is a performance in which young people are involved,” said Chanba. 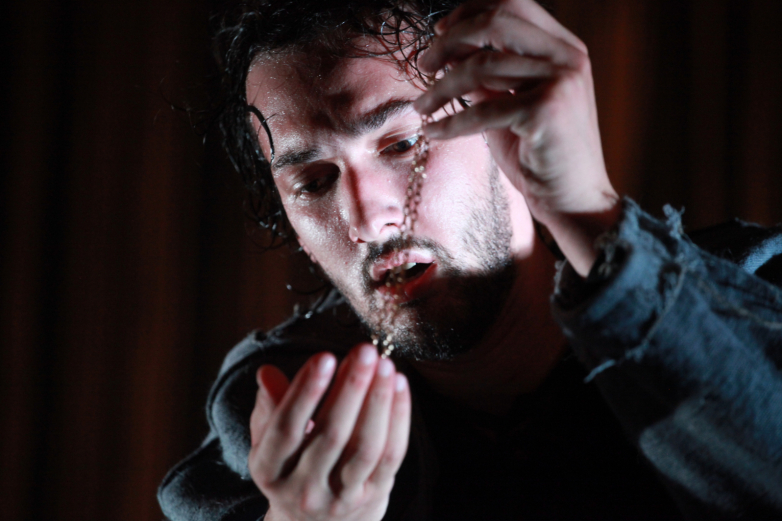 On the day of the premiere, the Great Hall of the State Abkhaz Drama Theater was full. Music, light, perfect silence in the hall - this whole atmosphere immersed the viewer in a completely different reality, in which the actors of the performance became the “guides”.

The spectators' special attention was attracted by the costumes of heroes. Costume designers, having studied historical references and various materials, sewed clothes worn by the residents of Verona at the time the play was taking place.

Tickets for the premiere were sold out immediately, as soon as they became available. The Sukhum audience has long been waiting for such a performance - truly touching the heart.

“It was an amazing performance. At first, the combination of modern music and the actions that take place on stage was a little embarrassing, but after a short time, I could not imagine how it could have been otherwise. It was very beautiful, interesting, and most importantly, everything
happened in the Abkhaz language,” Madonna Darcham, a spectator, shared her impressions.

Those from the audience who did not attend the premiere will be able to see the performance very soon, on August 23. “Romeo and Juliet” will undoubtedly replenish the list of sold-out performances of Abkhazdram.

The number of local branches of the WAC in Abkhazia and Turkey reached 30
The chief ecologist of Abkhazia took part in the work of the WAC Discussion club
“Educate the leader”: the Parents’ club of the WAC held a discussion on how to do it competently

“Educate the leader”: the Parents’ club of the WAC held a discussion on how to do it competently
Abkhaz dungeon: the history of the world-famous Novy Afon cave
The chief ecologist of Abkhazia took part in the work of the WAC Discussion club
The number of local branches of the WAC in Abkhazia and Turkey reached 30
All publications

Abkhaz dungeon: the history of the world-famous Novy Afon cave

Viacheslav Chirikba: Congress aims to unite all representatives of the Abaza people