The World Abaza Congress, the "World of Childhood" Charitable Foundation and the "Tourist" company invited children from large families of the Gagra district to the capital of Abkhazia for a New Year's holiday.

The World Abaza Congress dedicated the first charity event in 2022 to children and large families. A group of 36 children together with their parents spent the whole day on January 11 in Sukhum, and on the way to the holiday, they had an educational tour in the "Apsny" ethnopark. 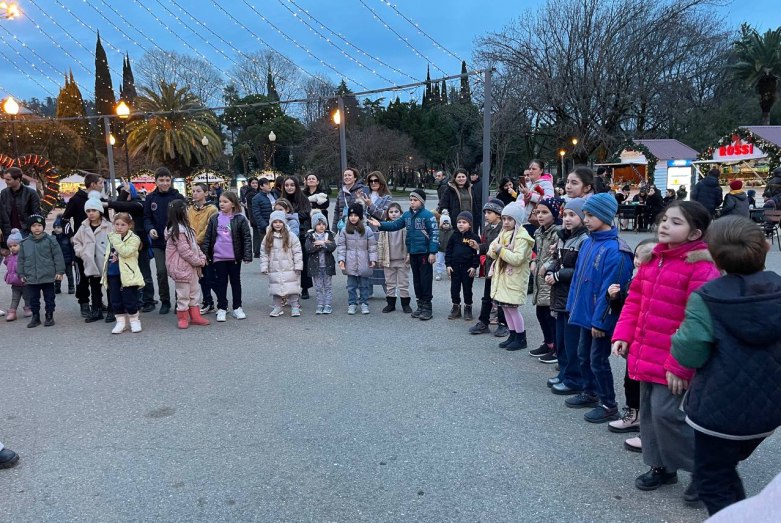 The WAC public relations specialist Izolda Khagba recalled that the Congress often organizes and supports charitable projects, and supports them "even with greater joy" when it comes to children.

"The holiday at the capital's Christmas tree was planned before the New Year, but due to the illness of the participants in the action, it had to be postponed to a later period. Even today, not all children were able to attend the event, but delicious treats were prepared for them, and we will definitely give them personally. I think the children and their parents spent a memorable day and cheered themselves up. They visited interesting places, received gifts, visited a cafe on the promenade. Unfortunately, there are not many such entertainments in their lives. It is a great happiness for us to give a sense of joy to children from large and low-income families," Khagba explained.

The program was rich, filled with informative and educational meetings and conversations. In addition to the New Year's performance itself, which took place near the main capital's Christmas tree, the participants visited the Sukhum Cathedral, where they met with the head of the Abkhazian Orthodox Church, Priest Vissarion Aplia, received gifts, blessings and heard important parting words. Moreover, children and parents laid flowers at the memorial in the Park of Glory, they had an excursion to the Museum of Military Glory, where they were shown military exhibits, told about the military exploits of soldiers, about the first President of Abkhazia Vladislav Ardzinba, showed his grades at school. Encouraged, some schoolchildren promised to study the same way - "excellently".

Commenting on the event, one of the organizers, head of the "World of Childhood" Charitable Foundation, Lyudmila Ashuba-Khagba, said that this was "not just an event by the Christmas tree, but an educational trip to the capital."

"We arrived in Sukhum today, but if we could, we would show the children all of Abkhazia: they really liked it. We are grateful to everyone who supported our action. This is both the Congress and the travel company; the bus with children was accompanied by employees of the State traffic inspectorate," said Lyudmila Khagba.

Armenak Karnetsyan, a representative of the national "Tourist" company, led the tour throughout the entire route of the group. According to him, there were many inquisitive participants of the trip.

"At first, everyone was shackled, and then it became fun and interesting. We are always happy to participate in such projects," Karnetsyan said. 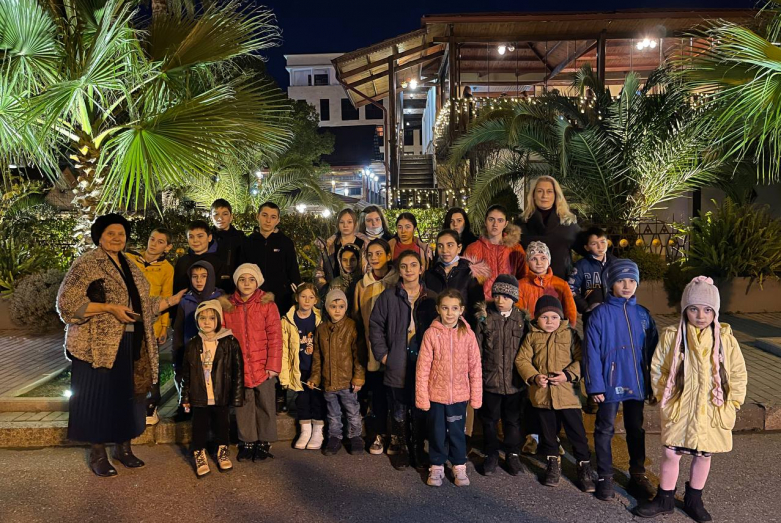 Apsuana Khetsia is the oldest in the family, where there are nine brothers and sisters. A few years ago, the family was left without a mother, and the girl became entirely in charge of the education of the younger ones. Now it comes easier due to experience and growing of older children who themselves are already helping. After the passing of her mother, Apsuana did not give up, she entered the Gagra Humanitarian-Industrial College and is studying nursing today. The girl dreams of graduating from a technical school and finding a job according to her professional experience.

"Thanks to everyone, and to the World Abaza Congress, in particular, for always being with us and helping to organize such a beautiful holiday today," she thanked.

Mikael is the middle son of the Stepanyan family and an excellent student. The boy admits that he is "delighted" with the holiday, gifts and exciting excursions.

"I want to thank the organizers for preparing such an unusual trip to the magical world of Sukhum," the student shared his impressions. 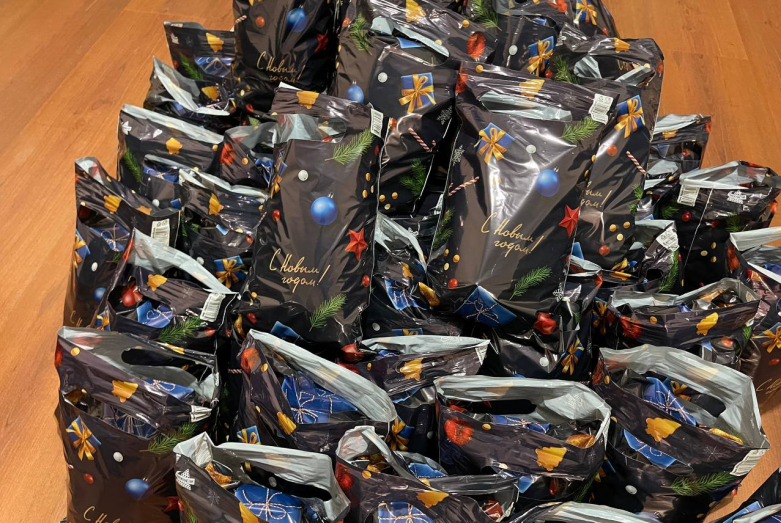 Traditionally, much attention is paid to charity and projects aimed at children, large and low-income families in the work of the World Abaza Congress. Therefore, at the end of 2021, the staff of the WAC organized the distribution of food aid in the Gagra district and in Sukhum on the New Year‘s eve. At the same time, the WAC completed the installation of a playground in one of the districts of the capital.

Songs of Abkhazians: the "Amazara" project of the WAC presented the fourth video on intangible heritage
Teams of fraternal peoples: preparations are underway for the second "Иaрбан? Иаба? Ианба?" game.
Abkhazian folk songs: the fourth video of the “Amazara” project
Language as a key to the history of the people: a lecture on the Abkhaz language was held at the WAC office
All publications