The World Abaza Congress continued the tree planting action in November in honor of the residents of the New District of Sukhum who fell in the PWPA.

The World Abaza Congress continued planting a memorial alley of maples in the New District of Sukhum. The action and the alley itself are dedicated to the residents of the region who died in the Patriotic War of the People of Abkhazia. According to the lists of the WAC, which were agreed with the state archive of the Ministry of Defense of the Republic of Abkhazia, during the Georgian-Abkhaz war, 76 soldiers from the New District were killed, and 7 civilians of the district were also victims of the war. 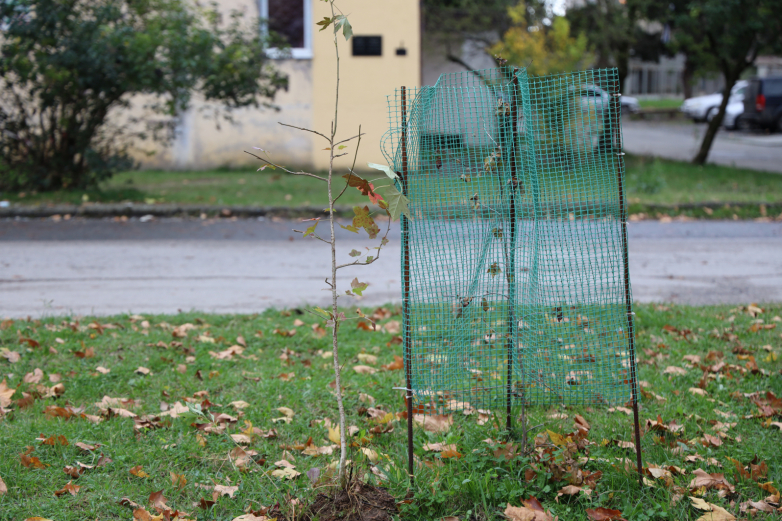 The idea of ​​creating a commemorative alley came to the activists of the Congress. Some of the trees have already been planted by the Congress team together with local residents this spring.

The WAC Executive Secretary Inar Gitsba noted that the action covers the entire territory of the main park of the New District. He also stressed that after the first stage of the action, the WAC received many warm feedbacks and words of gratitude from local residents.

"It is very important for us to receive such feedbacks. People liked our action: besides the fact that we are ennobling the park, we have the opportunity in this way to perpetuate the memory of the fallen men. We are glad that our action was supported by local residents," added Inar Gitsba.

He said that the experts of the Abkhazian scientific research forestry experimental station helped the Congress with the choice of the tree species. In addition to local residents and relatives of the deceased, employees of house management No. 5 help to plant trees.

The Executive Secretary of the WAC noticed that the action is not over yet.

"After the planting, we will place plaques with the names of the victims at each tree. Their medals will also be engraved on the plaques. Now we are coordinating various details with the family members of the victims," Gitsba shared his plans.

Boris Khadzhimba, a longtime resident of the New District, expressed his great gratitude to the members of the Congress team.

"Unfortunately, due to my age, I cannot help you physically, but I am with you. Be happy. We are very grateful to you for this action! Thanks a lot!" said Khadzhimba. 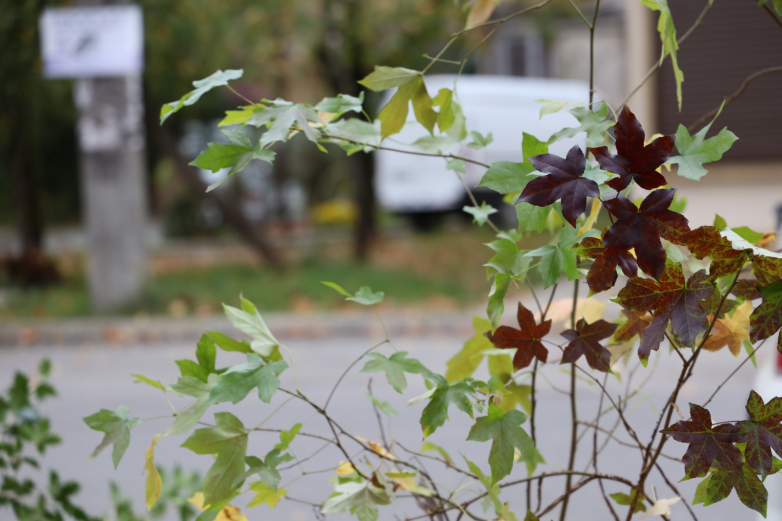 Another resident of the New District, Rustam Zantaria, said that he often walks with his children in this park. He highly appreciated the initiative of the WAC, which allowed, in addition to improving the territory of the park, to carry an important educational mission to the people.

"I fully support your action, because the memory of the fallen must be maintained decades later. All this information must be updated in the memory of the people. Of course, we really need trees, we need to make the alley look better," he concluded. 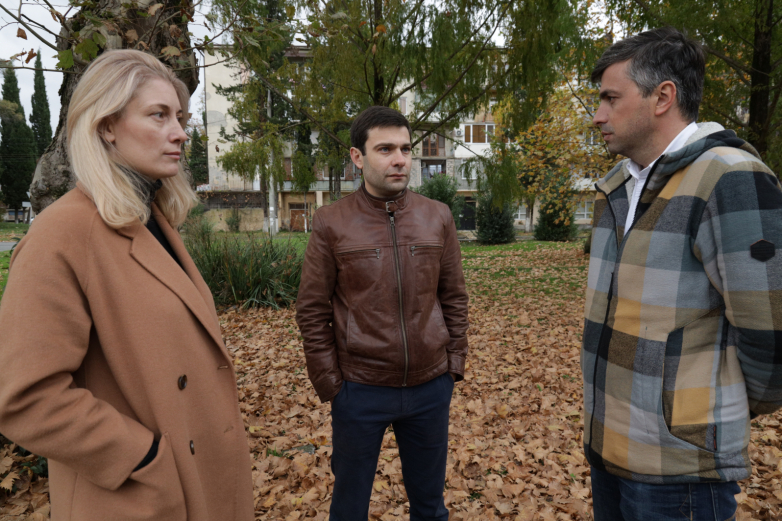 The World Abaza Congress will very soon begin the installation of commemorative plaques. Anyone can take part in the action.