The Council of Women of Abkhazia under the WAC summed up the results of the Abkhaz-Abaza forum held in the North Caucasus.

The Coordination Council of Women of Abkhazia under the WAC summed up the results of the Abkhaz-Abaza forum held in the cities of the North Caucasus - Stavropol, Cherkessk, Kislovodsk - and in the village of Krasny Vostok from October 19 to 24.

Summing up the results of the Forum called "Аиуара иашьаҭоу еибабароуп" (in translation from Abkhaz means "Communication is the basis for supporting family ties" - ed.) was held in a press conference format at the press center of the WAC on October 27. 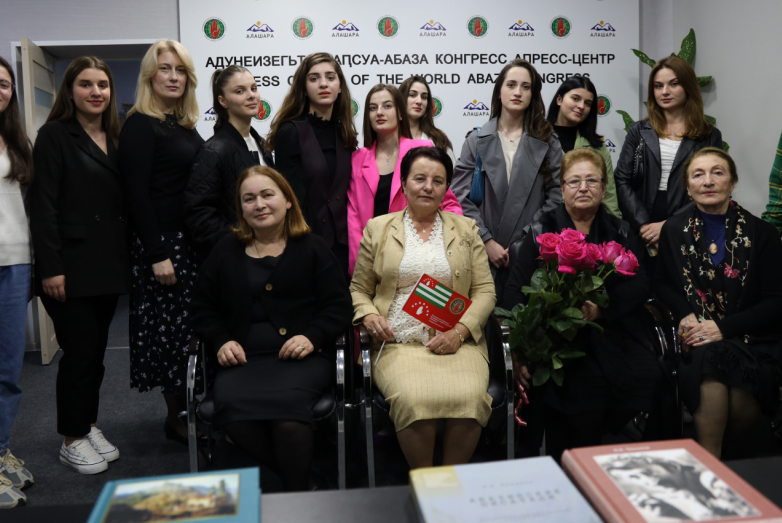 "Such trips are of great importance in strengthening the Abkhaz-Abaza relations. We thank the World Abaza Congress and Mussa Khabalevich for their support. The trip was busy and fruitful," said Ekaterina Bebia.

The main event of the Forum was the signing of the Agreement on the implementation of joint creative projects between the chairman of the Coordinating Council of Women of Abkhazia under the WAC Ekaterina Bebia and the head of the public organization of the Stavropol Region "Abaza" Armida Chagova.

The chairman of the movement "Mothers for Peace and Social Justice", an honorary member of the Coordinating Council of Women of Abkhazia under the WAC, Guli Kichba, emphasized the importance of the signed agreement and told about future plans:

"The signed agreement is of a very important nature, it includes many different points. As part of the agreement, we plan to provide mutual assistance in organizing Abkhaz-Abaza events, strengthen ties between the older and younger generations, hold common fairs and festivals in Abkhazia and the Stavropol Region. It is also important for Abkhazians and Abaza to exchange scientific knowledge, because our peoples have so many prominent representatives of culture and science. We also plan to assist in the promotion of documentaries and feature films in the Abkhaz and Abaza languages," she said.

Participants from Stavropol, Cherkessk and Kislovodsk also joined the discussion of the results of the forum via video link: head of the "Abaza" public organization of the Stavropol Region and member of the Supreme Council of the WAC Armida Chagova, representative of the Women's Councils of the Abaza villages Natella Dzhemakulova, editor-in-chief of the "Abazashta" newspaper Fardaus Kulova, associate professor of the Stavropol State University Vladimir Kurchev and the head of the division of the ANO "Alashara" in Cherkessk Murat Mukov. 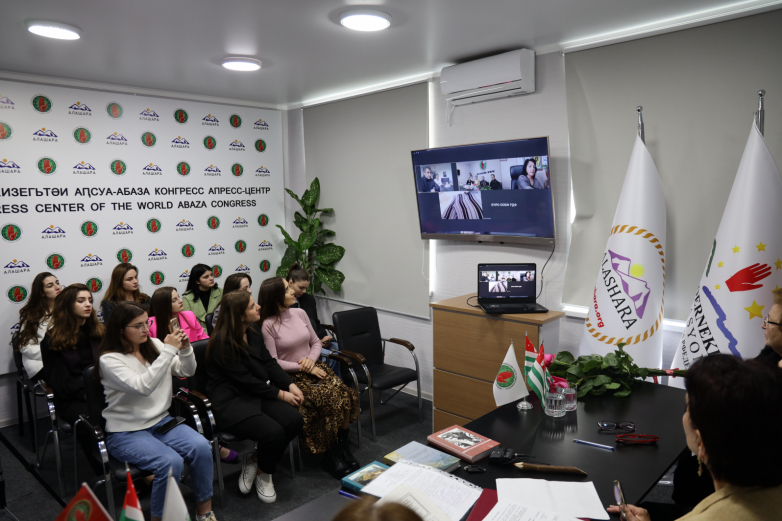 According to Armida Chagova, the main goal of the Forum is to strengthen ties between the Abkhazians and Abaza of the older and younger generations.

"Only together we can preserve and strengthen the Abkhaz-Abaza relations. The implementation of joint projects will help us and our youth to unite more. It is important to communicate not only remotely, but also to make such trips," Chagova said.

As part of the work of the Forum, the participants held a literary evening "Chronicle of Abkhazia through the eyes of a journalist" in Stavropol. The evening was dedicated to revealing the unique culture of two kindred peoples - Abkhazians and Abaza. The guest of honor at the evening was the chairman of the Coordinating Council of Women of Abkhazia Ekaterina Bebia.

In Cherkessk, in the editorial office of the "Abazashta" newspaper, members of the delegation from the WAC Coordinating Council of Women held a meeting with relatives of those who died in the PWPA in 1992-1993. 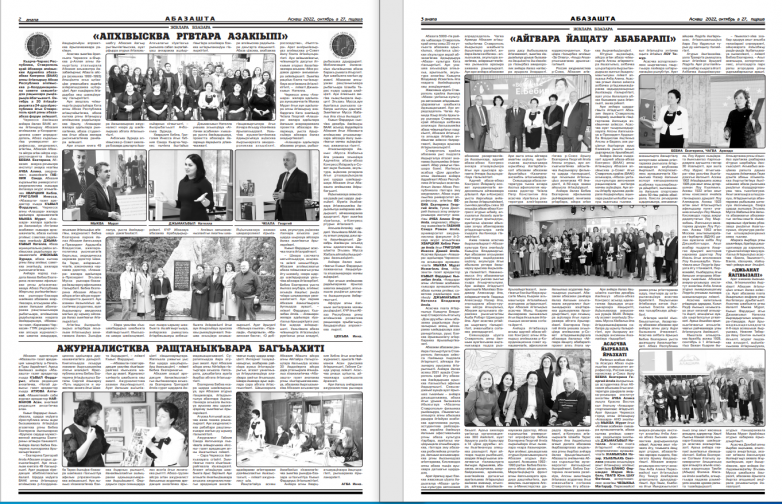 In Kislovodsk, a meeting was held with the activists of the national-cultural autonomy "Abaza" and members of the public organization "Abazashta". As part of the planned program of the Forum, the participants also met with residents of the village of Krasny Vostok and visited the local medical and health complex.

A member of the delegation from Abkhazia, a student of the journalism department of the Abkhazian State University, Inessa Grigolia, noted the importance of such events.

"A trip to Stavropol and getting to know our kindred Abaza is a good experience for us as students. During our stay at the Forum, we managed to make friends with many people. We made videos, exchanged knowledge. Now we are waiting for our friends in Abkhazia and looking forward  to seeing them soon," Grigolia shared her impressions. 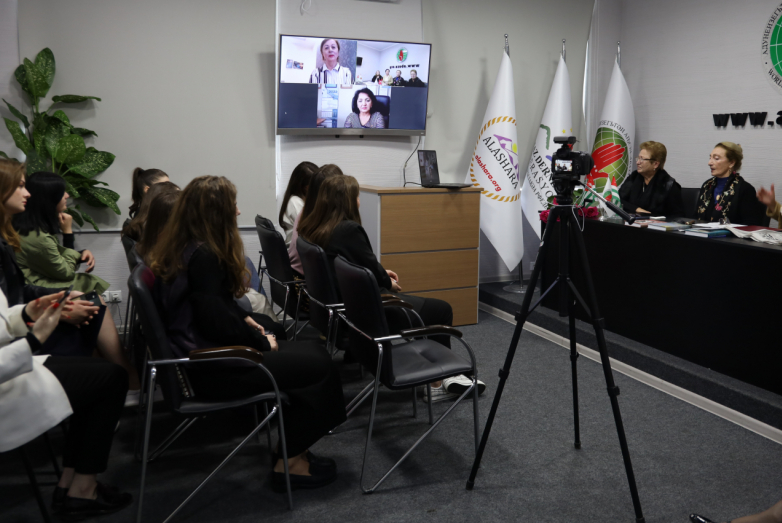