As part of a series of lectures on the history, culture and ethnology of the Abkhazians, conducted by the WAC, a second lecture was held. It was devoted to traditional Abkhazian education. 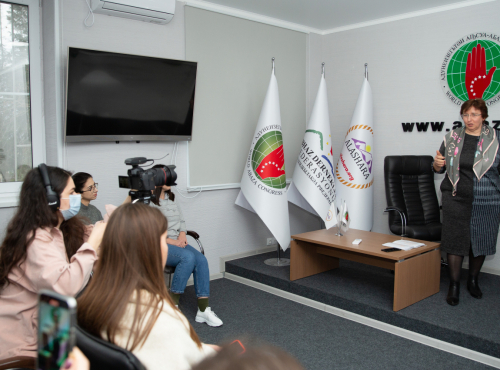 WAC launched a series of lectures on the history, culture and ethnology of the Abkhazians

The traditional Abkhazian upbringing of children was discussed at the second lecture of the WAC as part of a series of lectures on the history, culture and ethnology of the Abkhazians. The lecturer, just as the first time, was a member of the Supreme Council of the WAC, the famous Abkhazian ethnologist Marina Bartsyts.

She spoke about the peculiarities of raising children of different ages among Abkhazians.

Therefore, according to the ethnologist, Abkhazians "talk kindly" even to babies all the time, go easy, make them laugh, feed them not on time, but when the child cries, signaling that he is hungry.

Speaking about babies, Bartsyts mentioned the influence of Abkhazian beliefs on the treatment of children.

"They used to cover the cradle with the baby, and put protective amulets in the cradle. Clothes were not hung out to dry overnight. The water that remains after bathing was not poured outside at night (before, children were bathed in special basins and it was this water that was not poured outside at night - ed.). In general, it was considered correct to bathe children until 12 in the afternoon," said Marina Bartsyts.

According to the lecturer, from the age of three, Abkhazians begin to lay in children a clear understanding of gender. Then, from the age of 5 to 6 boys, in particular, began to spend more of their time with their fathers.

"Boys could be taken to the mountains, taken to the forest to hunt. Boys spent a lot of time on the street with other children, older brothers," said the ethnologist.

Girls, on the other hand, spent more time at home, with their mothers.

Marina Bartsyts noted that the models of upbringing girls and boys in traditional culture are different. According to her, parents have always been more demanding of boys, boys were taught martial arts, taught to be constantly ready to repel any violence.

"We brought up in boys courage, self-confidence, composure, endurance. They had to control their fear, because cowardice and fear are in themselves a source of tension and aggression," said the lecturer.

According to her, the girls had to be able to stand up for themselves, so they were also taught this. Girls were even taught shooting.

"But at the same time, the emphasis was on other qualities. A girl has to be soft, restrained, modest, non-conflict. Peace in the house is considered a woman’s merit, and therefore she must have high communication skills," said the ethnologist.

According to Marina Bartsyts, the most crucial period in the socialization of a child is from 7 to 12 years old.

"In this period of his life, he masters the system of values ​​of his own people, learns the basics of etiquette," the ethnologist explained.

The participants of the event also discussed the emotional upbringing of children, talked about how respect for elders is instilled, and remembered the basics of national Abkhazian etiquette.

Among the audience of the lecture was the head of the Parents' club of the WAC Kama Kvitsiniya.  She noted that the topic of raising children is especially close to her.

"I am very interested in the information that Marina Bartsyts relays at different sites. The topic is very interesting. I sense a very solid analogy of what I hear [about the history of upbringing] with what I read from modern specialists who are far from our culture and reality," said the Head of the Parents’ club.

Despite the fact that we are talking about the behavior of people in the past, and, as it may seem at first glance, much is no longer relevant today, in fact it is not so, says Kama Kvitsiniya. In her opinion, there are many parallels that can be drawn between the approaches to education from the past and the modern needs of the educational process.

"From the process of upbringing, from the difficulties that you encounter in this process that need to be overcome, you understand that some things, including those from today's lecture, are a tool.  Today, in an hour and a half, a wide range of issues has been covered. I would go to such a series of meetings dozens of times with great pleasure," summed up Kama Kvitsiniya.

The lecture was also attended by a young man Madin Sakaniya. Despite the fact that Madin does not yet have his own children, he already devotes time to such important topics as traditional Abkhazian upbringing.

"In modern society, many people have forgotten what the traditional upbringing of children is.  Everything has somehow become modern, but given the way our parents and our ancestors grew up, I believe that such lectures should become more widespread. They are very useful," the listener said. 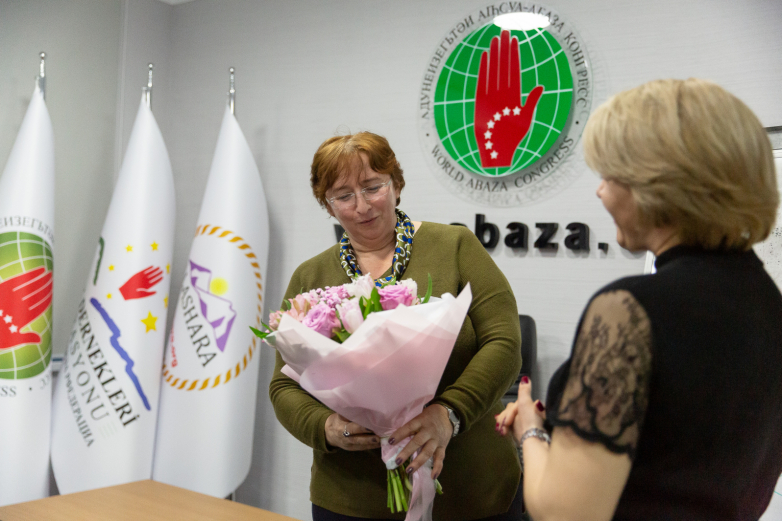 Other lectures are planned within the cycle; anyone can attend them. Information about the next lecture will be available on social media pages of the World Abaza Congress.