New local branches of the WAC open in the Abkhazian village of Osmaniye and in the province of Tokat of the Republic of Turkey.

New local branches (LB) of the WAC will start work in the Republic of Turkey. The first of them was opened on July 15 in the Abkhazian village of Osmaniye, Sorgun district, Yozgat province in Turkey. Abdulsemih Ekindzhi (Aisan) became the head of the LB.

The process of opening another municipality in the province of Tokat is at the final stage - it remains to designate the members of the branch and its head. The local branch will unite the two settlements of the densely populated Diaspora of the Yeshilyurt district of the Tokat province.

The opening of the WAC LB in Osmaniye was attended by a high-level delegation - the Executive Secretary of the Congress, a deputy of the People's Assembly - the Parliament of the Republic of Abkhazia Inar Gitsba, the head of the regional branch of the World Abaza Congress in Turkey and a member of the Presidium and the Supreme Council of the WAC Akhmet Khapat, the Chairman of the Federation of Abkhazian Cultural Centers Murat Makharia, Plenipotentiary Representative of the Republic of Abkhazia in the Republic of Turkey Ibrahim Avidzba. The event was attended by many members of the Abkhaz-Abaza Diaspora of Turkey from Istanbul, Sakarya and other regions of their compact residence.

31 people in Osmaniye filled out application forms for membership in the WAC, including the head of the village Hussein Yildiz Apsa. 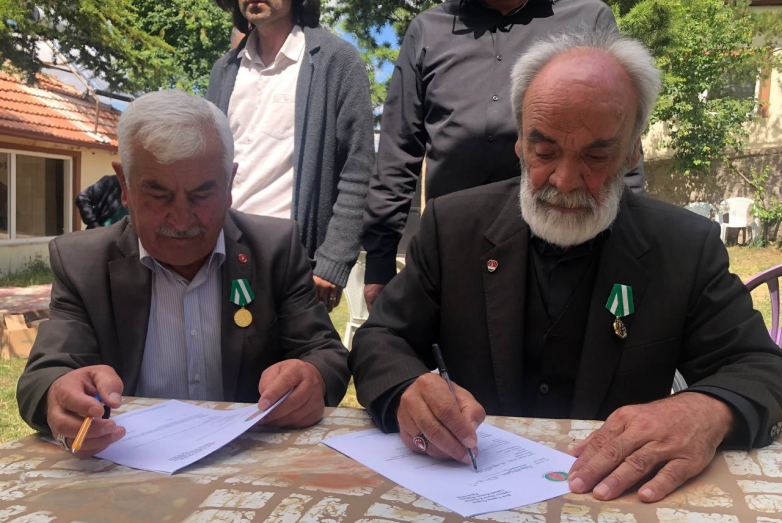 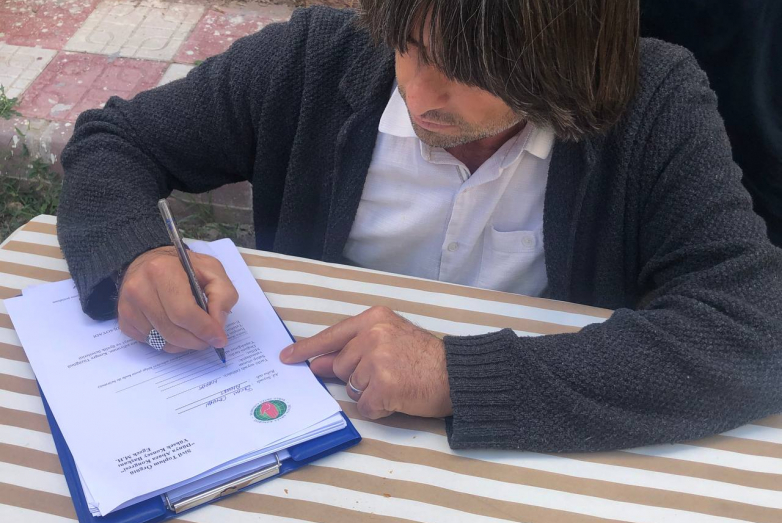 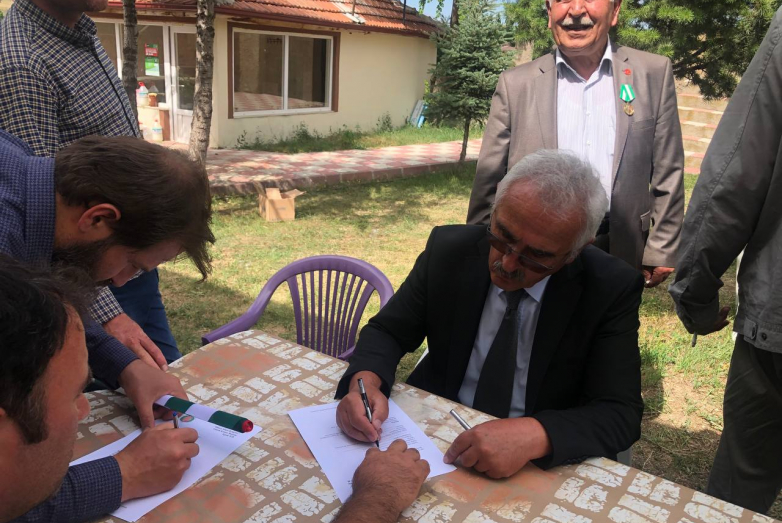 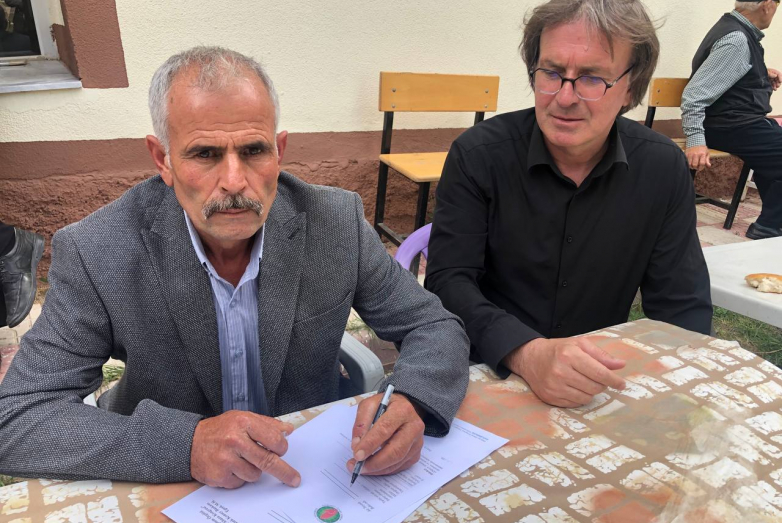 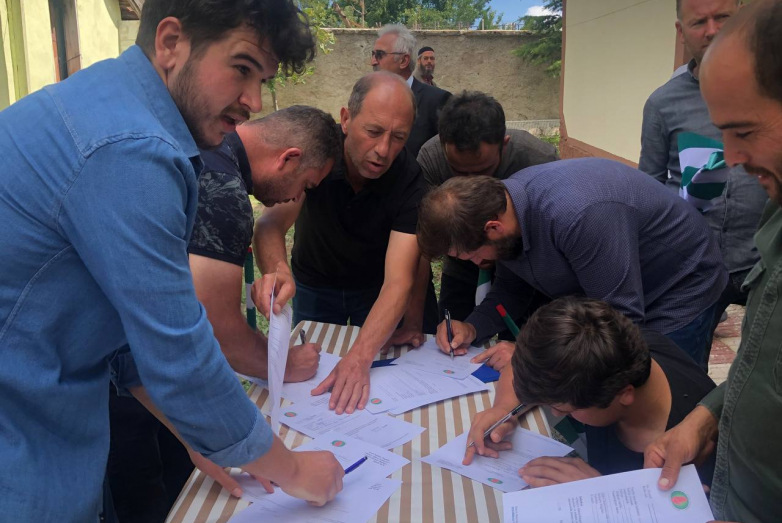 "Representatives of such surnames as Khapat, Kopsergen, Nir, Shkhamuz, Vozba, Mukba, Aisan live in our village. The village used to be big, but now many people have left. As the leader of the Dernek, I want to make it beautiful here. I was also in Abkhazia, I worked there for four years. I love Abkhazia and Abkhazians, I really want to visit you. May God grant us all the best, may God help us not to lose each other, to preserve our state," Dursun Khapat wished.

Another event was held in Osmaniye - the ceremony of awarding medals "Aiaairaz" ("For Victory") to four natives of the village, who during the Patriotic War of the people of Abkhazia came to defend their historical homeland. Inar Gitsba presented the medal to the veteran Mehmet Erol Shkhamuz. Medals were also awarded to Bakhtiar Akyol Kopsergen, Omer Ozbek Mukba, and the medal for Ugur Polat Kopsergen (posthumously) was given to the relatives of the warrior.

The next day, July 16, the opening of the Abkhazian Cultural Center "Elbudak" took place (generalizing the name of the area from the Turkish territorial units Yesilyurt, Bulamur, Chirdak - ed.). At the invitation of the leadership of the cultural center, the Executive Secretary of the WAC, deputy Inar Gitsba, head of the regional branch of the WAC Akhmet Khapat, representatives of the Abkhaz-Abaza Diaspora, head of the WAC LB in Adana Dzhumali Napshch, Chairman and some members of the board of the Federation of Abkhazian Cultural Centers and Plenipotentiary  Representative of the Republic of Abkhazia in the Republic of Turkey Ibrahim Avidzba, President of the Chamber of Commerce and Industry of Abkhazia Tamila Mertskhulava, leadership of the province, head of administration, head of police, deputy of the Turkish parliament took part in the solemn events.

"Everything was held in a solemn atmosphere. After the official part of the opening ceremony, the members of the World Abaza Congress from Turkey created the necessary conditions for the members of the cultural center, the Abkhaz-Abaza community that lives in this region, to have the opportunity to fill out application forms for joining the WAC. The process of filling out application forms for entry went through very actively. People did it with great enthusiasm and with great desire," said Inar Gitsba.

According to him, the established local branches and cultural centers in Osmaniye and Yelburdak are located at a fairly large distance from the regions in which the largest number of representatives of the Abkhaz-Abaza Diaspora is believed to live.

"The fact that in such remote areas people, our brothers and sisters, feel the need to unite to preserve important ethno-cultural attributes and establish stronger, better channels of interaction with other already operating cultural centers and representative offices, local branches of the World Abaza Congress, allows them to participate in the process of unity and cohesion," Gitsba said. 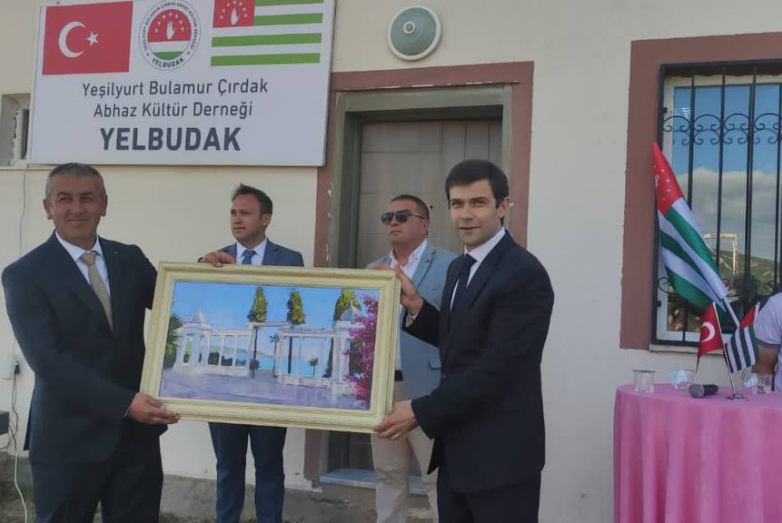 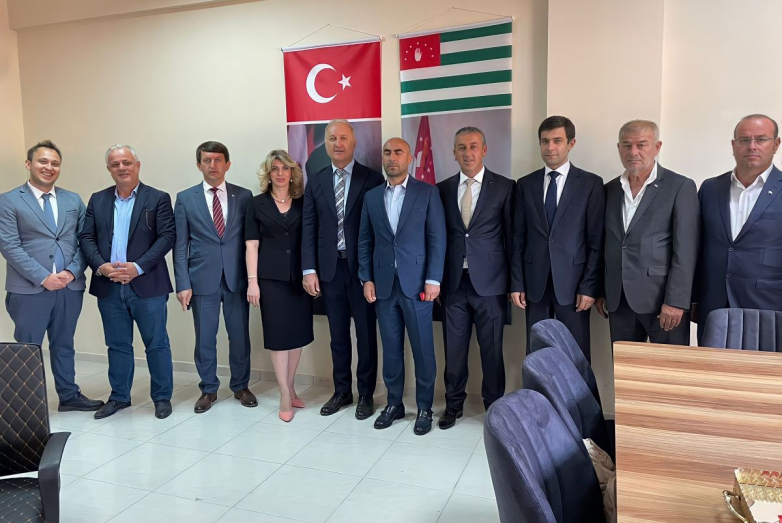 He considers it extremely important to continue the implementation of the instructions of the Chairman of the WAC Supreme Council, Mussa Ekzekov, to open local branches of the WAC in places where the Abkhaz-Abaza Diaspora is densely populated, since these structures, according to him, unite representatives of the Diaspora around the idea of ​​​​preserving and developing ethno-cultural values.

During the visit of the WAC Executive Secretary Inar Gitsba to Turkey, consultations were also held with the leadership of the regional branch and local branches of the WAC on the organization of the Abaza cultural and sports festival, which is held annually by ANO "Alashara" in the Karachay-Cherkess Republic. This year it will take place from 23 to 26 July. Moreover, in accordance with the regulations of the WAC, Inar Gitsba discussed with the leadership of the Federation of Abkhazian Cultural Centers the procedure for determining delegates from Turkey to the congress of the World Abaza Congress, which is to be held in Sukhum in winter.

Today, the number of local branches of the World Abaza Congress in Turkey is 10 and 43 in Abkhazia. 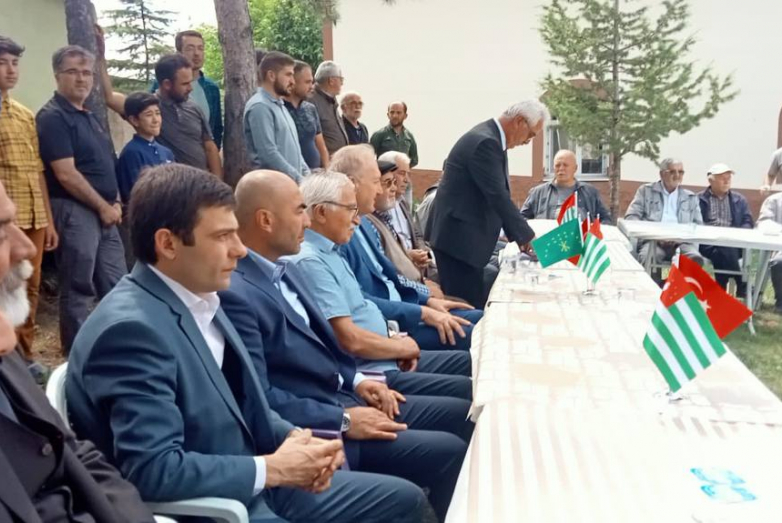 Two local branches of the WAC and the Abkhazian Cultural Center opened in Turkey
© WAC
To leave a comment you need
to login or register.
Share
No comments