WAC and ANO "Alashara" launched a new project about the intangible heritage of the Abkhaz-Abaza people "Amazara".

The World Abaza Congress and the international association "Alashara" have launched a project on the intangible heritage of the Abkhaz-Abaza people "Amazara" (means treasure, treasury in Abkhazian - ed.). The author of the idea is the Chairman of the Supreme Council of the WAC Mussa Ekzekov.

He said that the new project is designed to show any representative of the Abaza people or other nationalities the beauty and deep meaning of traditional culture. This, according to Mussa Ekzekov, will certainly lead to the strengthening of the unity of the representatives of the Abkhaz-Abaza people, regardless of their place of residence.

"The project is aimed at popularizing the intangible cultural heritage of the Abkhaz-Abaza people through modern Internet technologies. An integral part of the identity of the people is a beautiful and rich native language, traditions and customs, national dances, folk tunes, ancient knowledge of traditional crafts. We set ourselves the task of preserving and developing all this for future generations," explained the Chairman of the WAC Supreme Council. 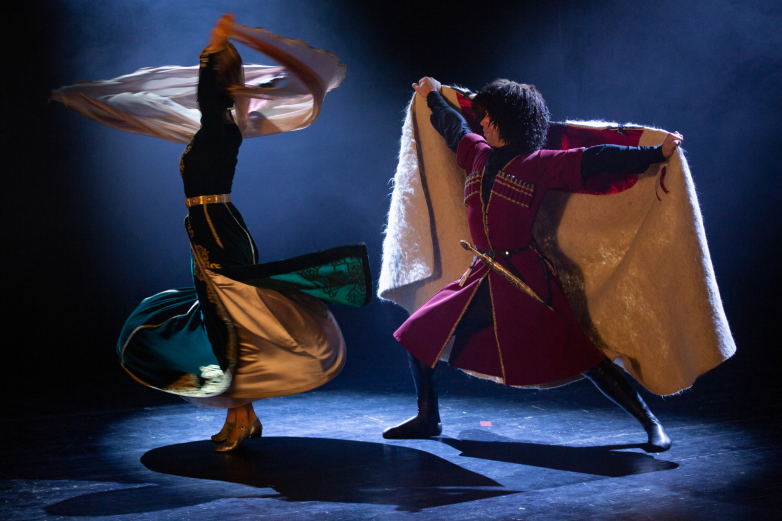 The head of the WAC web information portal Lazba Amina told about the name of the project.

"As soon as the idea of ​​implementing such a project appeared, it became necessary to come up with a capacious, deep name, but at the same time easy to remember and easy to write in other languages. The whole team puzzled over a word that would meet these tasks and chose a beautiful Abkhazian word "Amazara", which, according to the project's conception, makes it a kind of treasury, in which we carefully preserve the most valuable for our people - our intangible domain, our cultural heritage", said Lazba.

Camera, action! behind the scenes of the first filming of the new project of the WAC and Alashara "Amazara"
© WAC

THE VIDEO IS SET TO PREMIERE ON 19 OCTOBER. STAY TUNED FOR THE WEBSITE UPDATES.

To implement this idea, directors, videographers, dancers and musicians, well-known in Abkhazia, have united into one team on a voluntary basis.

The first video was directed by the famous Abkhazian cinematographer Timur Kvekveskiri. According to him, he himself had long intended to shoot a similar video, however, he just didn’t have a chance. It turned out to be especially important for the director to present the Abkhazian dance in a modern way.

"The video is aimed at online resources, social networks. The online audience is, first of all, young people. I wanted to "read" our national ethnic folklore in the language of youth, which is passing from the distant past to the present. If you look at the already finished video, you can see this transition from ethnic, folklore, real Abkhazian to modern," said Kvekveskiri. 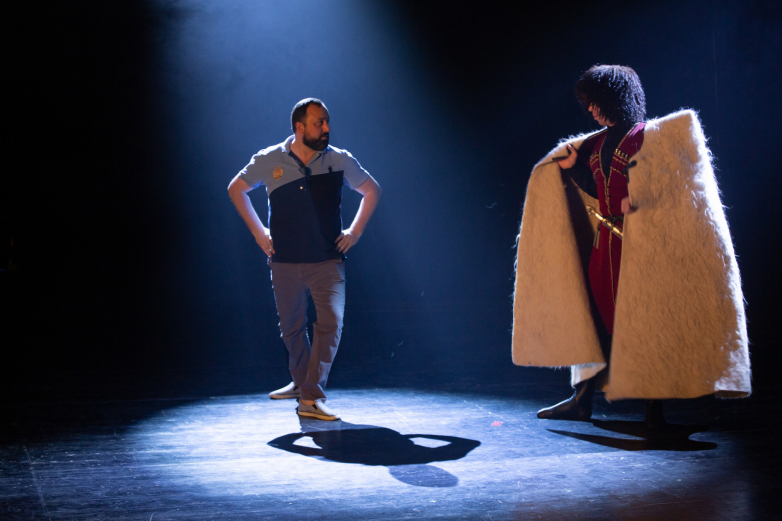 Video shooting and further editing is carried out by the production company "Media 3" represented by its head Janiko Tsurtsumia and his team.

"We need not only to preserve and pass on our cultural heritage to the younger generation, but also to promote it in the world. I consider it our direct duty to contribute to this process, and that is why I take part in this project, which is important for all the people," said director of photography Janiko Tsurtsumia. 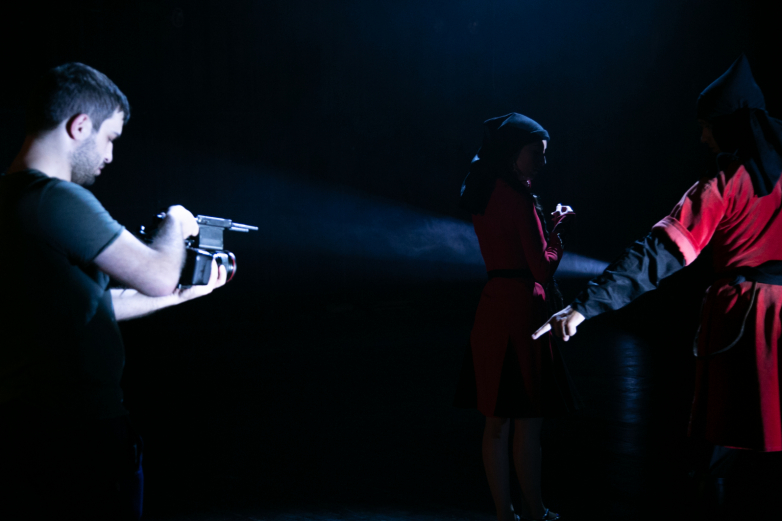 All filming days the artistic director of the "Kavkaz" ensemble, Arvelod Tarba, was on the set. He expressed his gratitude to the Congress for "such an important deed for Abkhazia".

"We, without hesitation, set all our stuff aside. This project will present our Republic to the whole world. We could not help but support such a significant project," the artistic director of "Kavkaz" commented on the participation of the team in the shooting.

Famous in Abkhazia and abroad musicians, composers Anri Gumba and Timur Agrba worked on the music for the dance.

"The task was that Abkhazian, Adyg, and, a little, Turkish motives were involved. We tried to collect all this in one line and "wrap" it in a modern sound. We tried to make sure that the composition did not stand out from the modern general sound, but at the same time retained our folklore shades," said Anri Gumba. 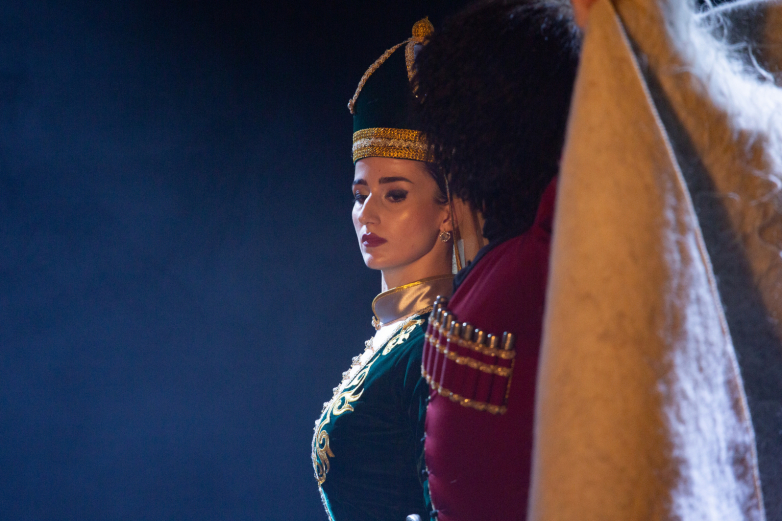 Another musician, Timur Agrba, pondered the proposal for a long time before agreeing to it: he is wary of modern interpretations of traditional compositions. However, when he knew who were the project participants, he trusted their "instinct" and joined the team.

"I will not be lying, I am always against such experiments, but, at the same time, I do not exclude that this has the right to life, and therefore I agreed," said Agrba. 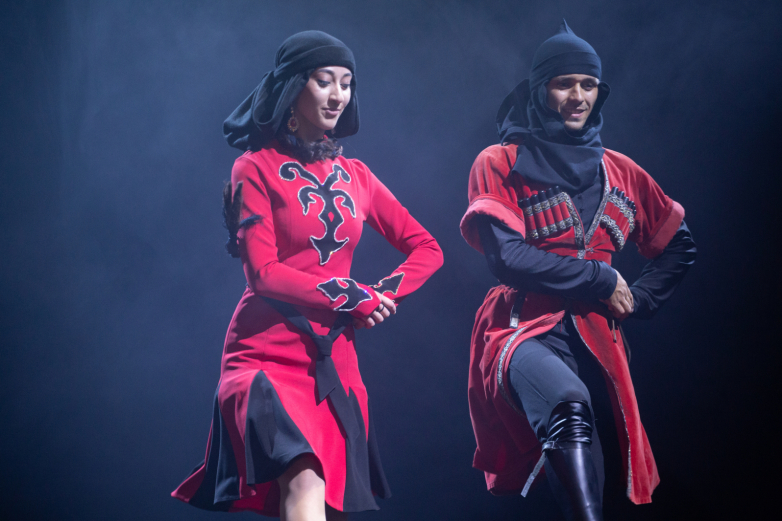 The video was shot at the Abkhazian State Theater. Sharida Tuzhba, deputy director of the theater for public relations, noted that the theater management agreed to the proposal of the Congress to take part in the project, almost without hesitation.

"It is very important for us that our culture is displayed everywhere, including online. I hope that the whole world will learn about the WAC project, and see Abkhazian dances, and see what a wonderful theater we have. All of our technical staff were involved in the project. Moreover, the guys were all on vacation, they did not refuse and reciprocated, and we are grateful to them and the WAC, and to everyone who is involved in this project," Tuzhba said.

"When I was invited to take part in such a significant, large-scale project for our country, I had a desire to help, to do my bit so that all countries would know about us, so that they could see our culture," the artist shared. 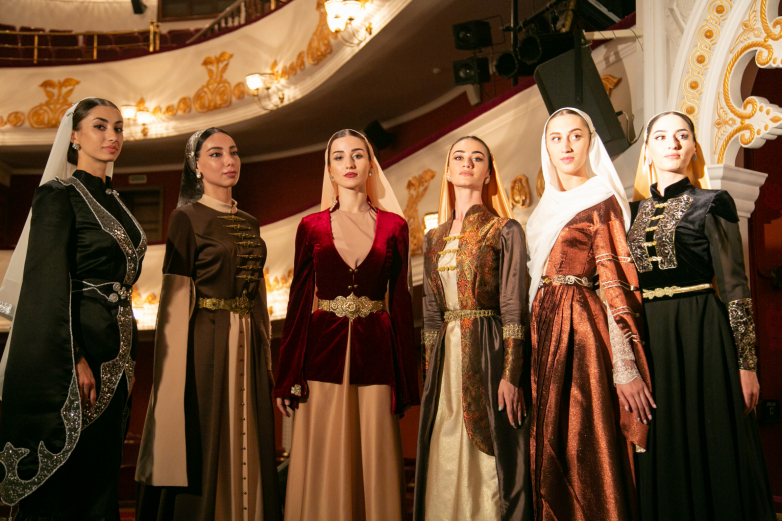 The Congress team would like to thank everyone who supports the project and will continue to invite various specialists in their respective fields to participate in the shooting.

The project of the World Abaza Congress and the international association "Alashara" on the intangible heritage of the Abaza people "Amazara" will continue with videos dedicated to folk songs, national literature and language, folk crafts and ancient traditions. The videos will be shot in Abkhazia and in Karachay-Cherkessia.