WAC and the "Okhta" youth center held a concert in St. Petersburg timed to the Victory Day in the PWPA

The World Abaza Congress together with the St. Petersburg youth center "Okhta" organized and held a festive concert timed to the Victory Day of the people of Abkhazia in the Patriotic War.

The concert dedicated to the Victory Day in the Patriotic War of the people of Abkhazia was held in St. Petersburg.  It was organized by the "Okhta" youth center together with the WAC.

In August of 2021, a cooperation agreement was signed between the WAC and "Okhta", which involves various events. Among them was a concert dedicated to the Victory Day in the PWPA.

Before the start of the concert program, the chief of staff of the WAC Kan Tania congratulated everyone on the Victory Day on behalf of the Chairman of the Supreme Council of the World Abaza Congress Mussa Ekzekov. 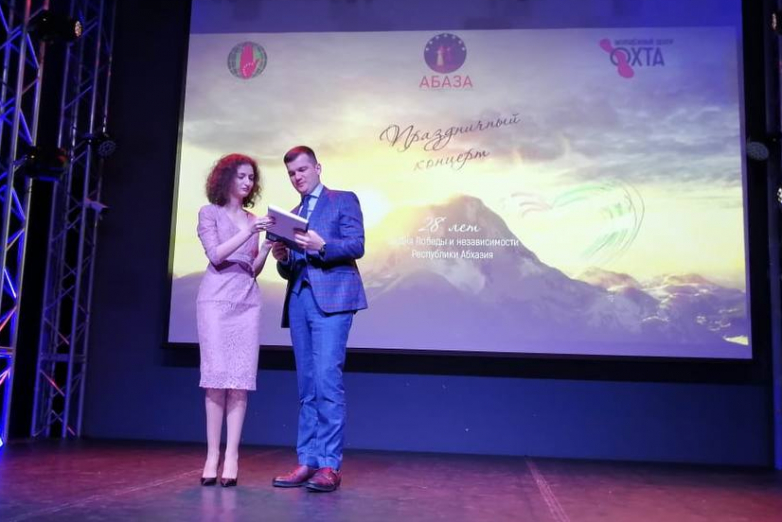 WAC and the "Okhta" youth center held a concert in St. Petersburg timed to the Victory Day in the PWPA
© WAC

The concert was attended by: the theater of the Adyg dance "Nart", the Dagestan dance ensemble "Rhythms of the Caucasus", the ensemble "Imamat" and the dance duet Arsou Huapshikhu with Zarina Beshekhoyeva. Vocalists also performed in front of the audience, in particular, Valentina Lebedeva with Russian and Estonian songs, Aida Smyr sang the song "Апҟақәа" (translated from Abkhaz as "cranes" - ed.), duet Zalina Semenova and Diana Azhiba sang the song  "Get up, sons of the Caucasus."

The program included performances by instrumentalists. Musicians from the "Rhythms of the Mountains" group played the Dagestan doulis, and the students of the duduk player Vardan Harutyunyan played the Armenian duduk.

"Judging by the reviews after the concert, everyone liked it, they said that it was imperative to organize such events so that Abkhazians, not even being in their homeland, remembered the history of Abkhazia and continued to bring their culture into the world with dignity," said a specialist in organizing events of the youth center "Okhta" Diana Azhiba.

The representative of the Local branch of the WAC in St. Petersburg Maktina Shakaya, in turn, stressed that one of the main themes of the concert was the friendship of peoples.

"Of course, it was very exciting. As the host of the event, I had to establish a dialogue with the audience, conduct interactive activities. The audience was very helpful. After the concert, we were literally showered with pleasant words and questions about whether there will be more similar events," she shared.

According to Shakaya, the concert turned out exactly as the organizers intended it, the program was diverse and rich.

"Here you have Russian folk motives, and exciting Dagestan dances, and the Armenian duduk, which you listen to with a sinking heart, and the swan manner of the Ossetian dance, and talented Abkhazian singers, and even the Estonian "Katarina" - a song to which you crave to dance," explained the representative of the WAC.

She called on the Abkhaz-Abaza youth of St. Petersburg to be more united, to be active and to support compatriots in organizing events.

"Today we didn’t have enough people in different areas of responsibility. It is a little sad, since there are many Abkhaz-Abaza young people in St. Petersburg, and I wish there was more interest. However, in spite of everything, the audience was very pleased, we received many kind words of gratitude. I think this is the most important indicator that everything went well. We will work on the shortcomings, because all this is a great, interesting and useful experience," the presenter summed up.

The organizers of the concert were thanked by the Chairman of the Council of the WAC regional branch in St. Petersburg Temur Rekvava. He noted that the concert was held at a high level and received many warm feedbacks from the audience.

Rekvava said that representatives of the Abkhaz-Abaza Diaspora in St. Petersburg celebrate the Victory Day in the PWPA annually.

"It is very important for the Congress to celebrate significant dates in our history. It is important to remember and pass this memory on to new generations. It is also a great opportunity to meet and get to know each other better. When you are away from your homeland, it is all felt with special trembling. I am happy that such an eventful event was held in St. Petersburg on the occasion of the Victory and Independence Day of the Republic of Abkhazia," he said. 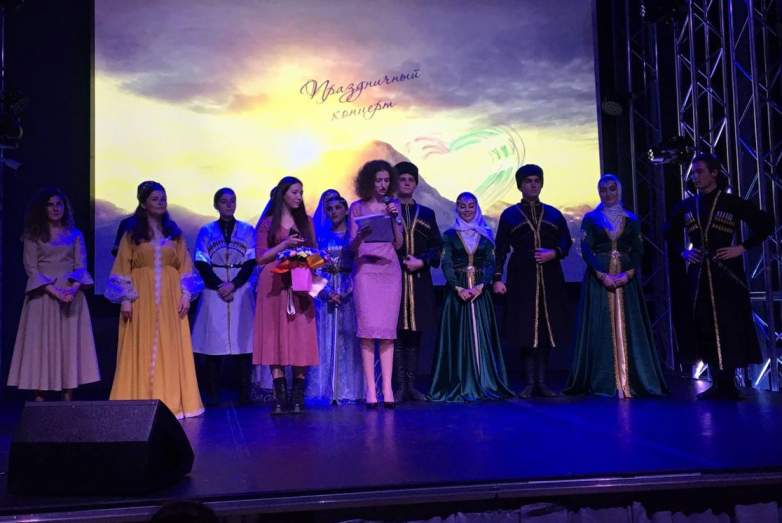 WAC and the "Okhta" youth center held a concert in St. Petersburg timed to the Victory Day in the PWPA
© WAC

The World Abkhaz-Abaza Congress will continue cooperation with the St. Petersburg youth center "Okhta". A number of joint cultural events are already planned and information on them is available on the WAC information portal.