WAC held the first meeting of the Parents' Club in Gagra

The World Abaza Congress organized a regular meeting of the WAC Parents' Club in Gagra.  This time the meeting was attended by both parents and children.

For the first time, the World Abkhaz-Abaza Congress held an offsite meeting of the Parents' Club in Gagra on Sunday, October 3.

Representative of the Congress Izolda Khagba said that the Congress arranged a meeting in a new format for the residents of Gagra. 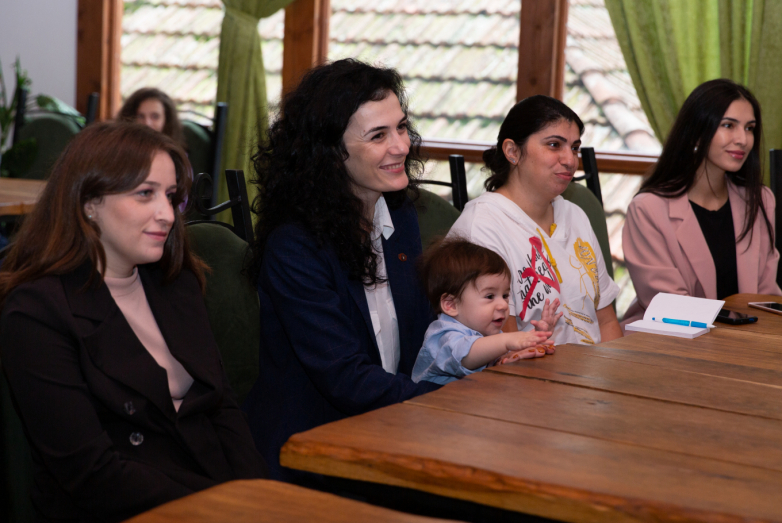 "We met not only with parents, but also with children. We made it so that on Sunday, mothers did not have to think where to leave their children, so that they could spend time together with them. However, at the same time, both mothers and children spent time separately, because two specialists worked at the meeting. Psychologist Elana Kortua worked with mothers, and psychologist and art therapist Astanda Kvadzba worked with children. They made soap today," said a WAC employee.

According to her, the Congress is well aware that it is very important to pay special attention to children from a very young age: when they are just starting to grow, when they have different skills and abilities. As for the last meeting, Izolda Khagba is pleased with its result. 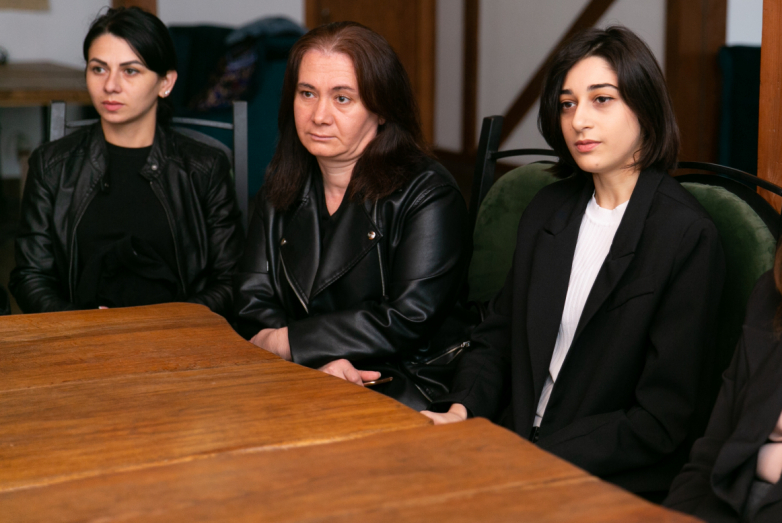 "We, of course, do not pretend that after our meetings, parents radically change their attitude, but we definitely lay some seed so that parents begin to think more often about how to approach their child. Maybe they start talking about it more often, that is, this information spreads, and more and more parents start to contact the Parents' Club. This means that they need such information, they understand its importance," says Khagba.

She noted that the children had a particularly fun and useful time at the meeting. 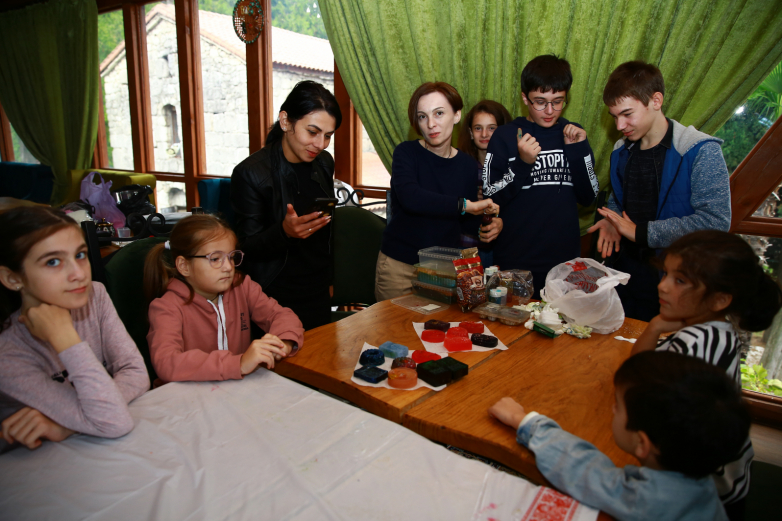 "Children have enthusiastic emotions. During the class, they gave great feedback. They comment on everything, they are interested in everything. One child, for example, said today: "It is a pity that your classes do not take place every day, I would like to come here every day."  This is the best feedback for us. Of course, the fact that they did something with their own hands, bring something home, show to grandparents is the best gift for us," said Khagba.

It is not the first time that psychologist Elana Kortua speaks to the audience of the WAC Parents' Club. Meetings with her always arouse great interest among parents. In Gagra, Elana Kortua talked about how the family affects a person's life.

"We talked about the important role the family plays in the life of any person, about the fact that a person’s life begins with a family, and everything that will happen to a person at an early age is the foundation. A family can be both positive and negative. It should be borne in mind that this is a responsible work, and you need to try in this sense to constantly develop yourself as a parent. There is always something to work on. We talked about what classical styles of upbringing exist, which style is the most acceptable," said the psychologist.

The speaker noted the high degree of parental involvement in communication. They asked many questions, shared their experiences and sought for advice. 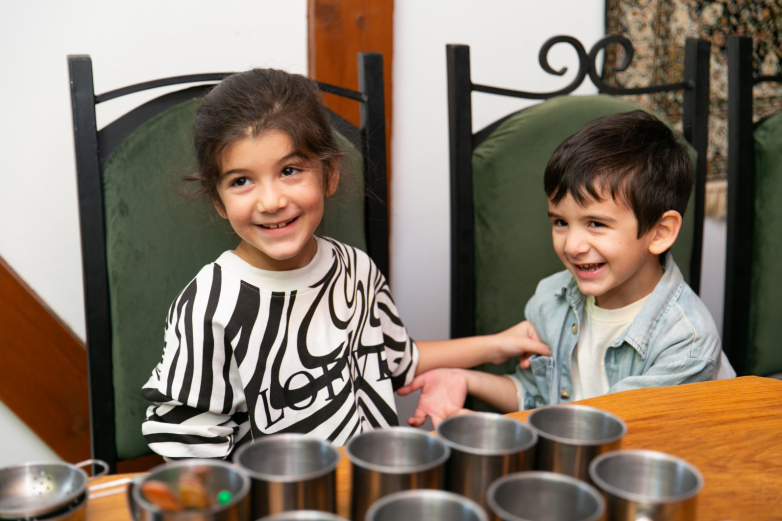 "It is very nice. They asked questions, shared their opinions, gave comments on their behavior patterns, talked about what worries them, what they may not be able to cope with. They shared that in some moments it is difficult for them to cope with their emotions, that this, of course, affects the children. How to deal with this? They are definitely interested in this and I am ready to share my knowledge", assured Elana Kortua.

In her opinion, it is live communication at such meetings that gives the most tangible effect.

"Today there is a lot of information on how to raise children, but live meetings, when parents themselves can share their experience, get an opinion from an expert, is always much more interesting, this is a more complete job," says Kortua.

Children literally did not want to let another psychologist, Astanda Kvadzba, go. Even when she gave us interviews, they surrounded her and listened very attentively.

The psychologist highly appreciated the meeting. 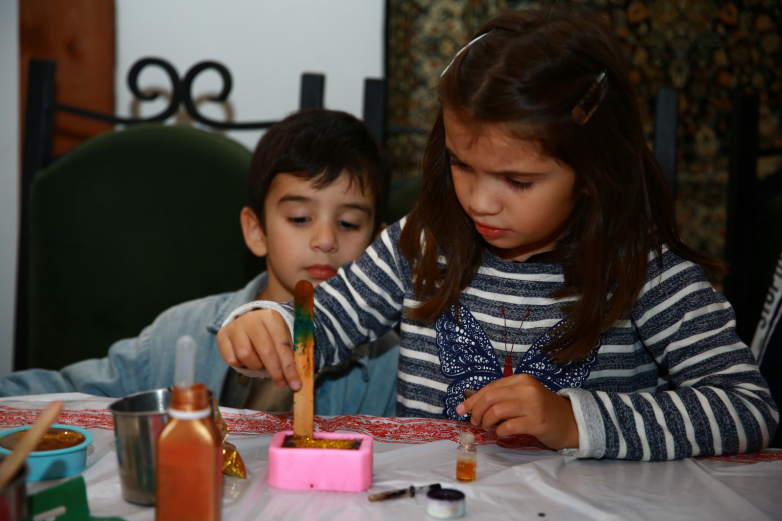 "Everyone was interested, everyone was active. All the children, with the exception of two, made soap for the first time, they experimented with color, aromas, shapes. The lesson was very positive.  It was a very useful meeting. Parents received important knowledge, while the children were engaged in creativity. These meetings are needed, and this can be seen in the emotions, in the eyes of the children, who are very happy," shared Astanda Kvadzba.

Mira Pichugina came to the meeting with her seven-year-old son. Mira had previously traveled to meetings of the Parents' Club from Gagra to Sukhum, and when she knew that the meeting would take place in her hometown, she was "incredibly happy."  She noted that the Congress has chosen a very convenient format, which made it possible to take the child with you. 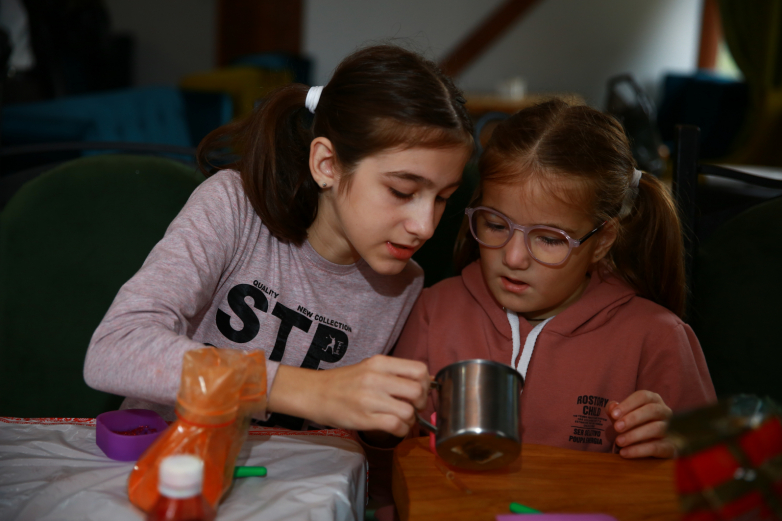 "Mom listens to the lecture, communicates, and the child is busy with the creative process, and this is very convenient. It is not always possible to leave a child with someone, and it is often for this reason that you have to stay at home," said the participant of the meeting.

She, in turn, stressed that the lessons of the Parents' Club are extremely useful.

"We live in a period when there is a lot of information on the Internet, and everyone has a lot of different books about parenting. Despite this, it is very important to visit such places where there is an exchange of experience, where there is live energy. There is a different atmosphere here. We take more with us, it is very interesting. I really want such meetings to take place more often," she summed up. 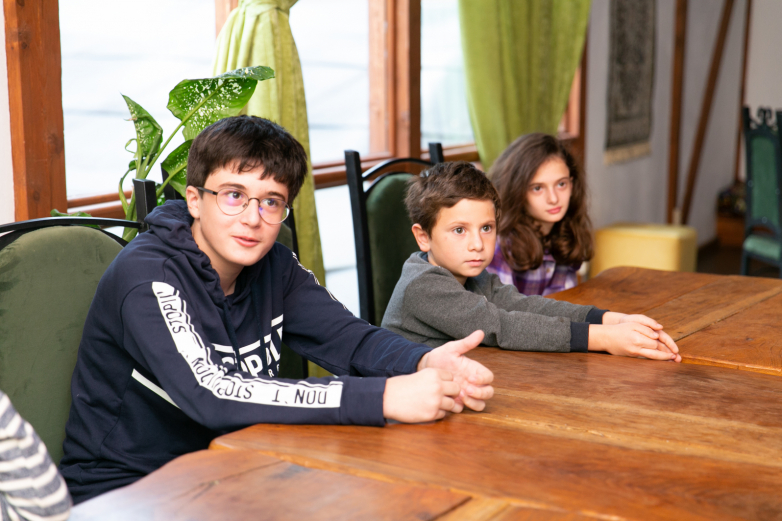 Diana Chagava is a mother of four children. She had been looking forward to the meetings of the Parents' Club in Gagra for a long time and especially wanted to meet with Elana Kortua, who, in her opinion, knows how to easily explain the difficult concepts and phenomena which concern modern parents.

"As responsible parents, we want to know how to raise children, what is best for them, to what extent we ourselves can change. We need such an opinion on the part of professionals, especially such well-known ones. We "envied" Sukhum residents that they have such an opportunity. And it would be wrong not to use it when we have it," said the parent.

Little participants in the club meeting took with them a lot of positive emotions and decorative soap, made with their own hands. 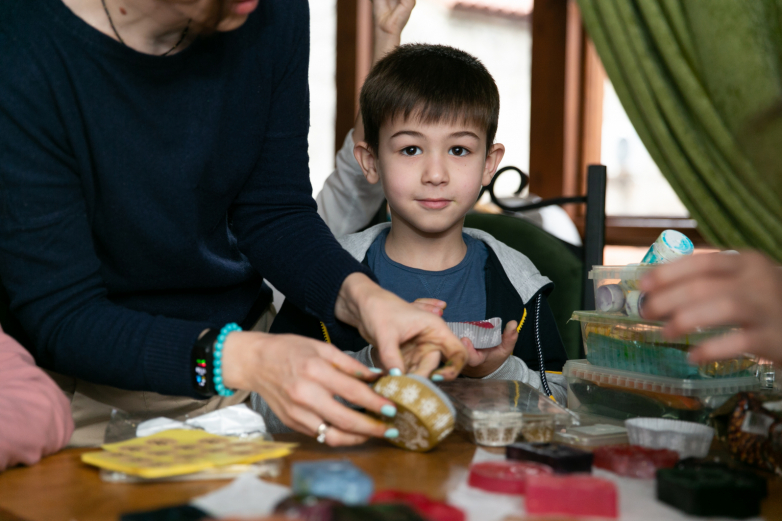 Artem Boyan made a piece for his sister. Of course, he made soap for himself. The boy tried to make soap for the first time, he really liked both the process and the result.

Said Shamba created his own unique soap as a gift to his older brother Leon. Said expressed the hope that soon there will be a similar meeting, then he will definitely come again, and they will come up with a new interesting activity for him.

As a result of the meeting of the Parents' Club in Gagra, the World Abaza Congress received a lot of positive feedback, and therefore it has already been decided to hold a whole series of offsite meetings of the club in Gagra. 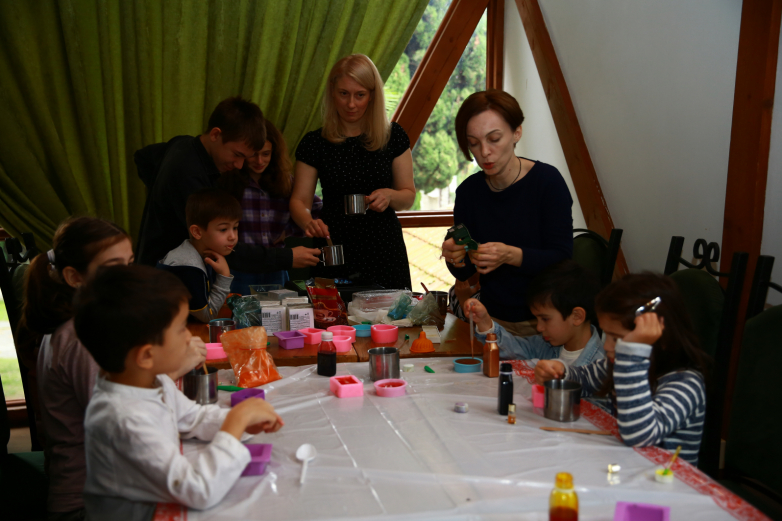 WAC held the first meeting of the Parents' Club in Gagra
© WAC / Naala Avidzba
To leave a comment you need
to login or register.
Share
No comments