WAC laid water pipes in one of the schools in Gudauta

The Council of the local branch of the World Abaza Congress in Gudauta laid water pipes in Gudauta Secondary School No. 5.

In 1996, a fire occurred in the school.  No one was injured in the fire, but since then the institution has been left without a water supply: all these years, water had to be brought into the building from the yard with buckets.

The school management asked the WAC for the help.  The council of the local branch in Gudauta immediately involved itself in the solution of the problem, and in six days a 200 meters long water pipe was laid in the school.

The head of the Council of the local branch of the Congress in Gudauta, Amra Lakoya, said that the funds for the water supply were collected according to the already worked out scheme. It is to be recalled that previously the Gudauta Council of the WAC has implemented two projects to improve the town with the help of the so-called “crowdfunding”, that is, announcing the collection of the necessary amount among all comers.

“My friends raised money, but, as in previous times, they asked me not to give their names.  Part of the funds brought concerned citizens.  Residents of Gudauta Eka Kveselava and Raul Agrba presented the school with a washer with equipment and a boiler and the Head of the Youth Councils of the WAC Levan Torchua presented a washbasin.  The city administration provided special equipment for the necessary work,” said Amra Lakoya.

According to the Head of the Council of the local branch of the WAC, 12 thousand 730 rubles were collected for the water supply.  Considering that part of the necessary material was donated by donors, this amount was enough.  Lakoya emphasized that it was necessary to pay 13 thousand rubles for the assembly of the water supply system, but “as a result, the water supply was laid by the Head of the Youth Councils of the WAC Levan Torchua and Executive Secretary of the ANO “Alashara” in Abkhazia Alyas Ayba,” with the help of the Congress and school staff, as well as local residents. 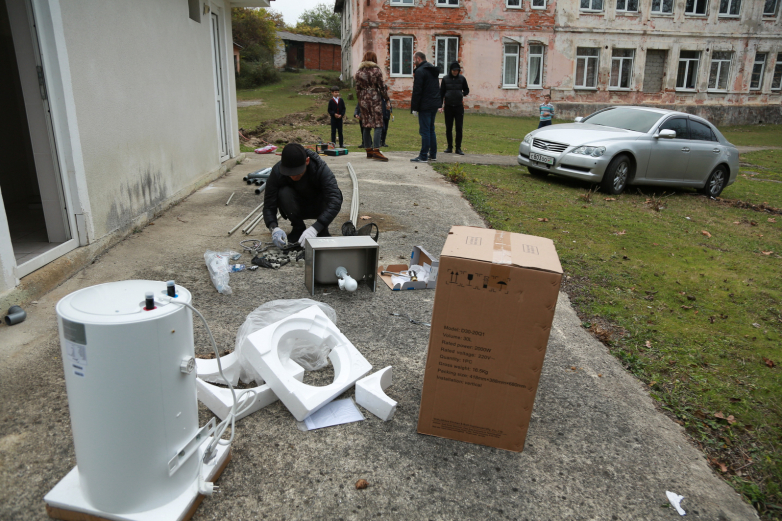 The school principal Zuleta Bartsyts expressed gratitude and talked about how difficult it was for the school to do without water at all.

“Before the toilet, we did not have any communications before.  There was neither hot nor cold water in the school itself.  Water was carried from the yard with buckets.  Thank you, dear WAC, very much for your help and support, we really appreciate it,” the principal said. 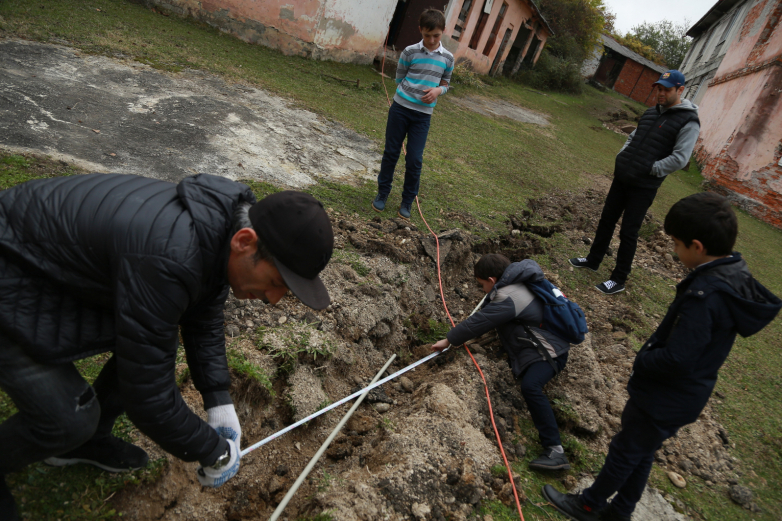 Levan Torchua, head of the Congressional Youth Councils, in turn, praised the work of the Council of the local branch of the WAC and Amra Lakoya personally, calling his colleague “a real find for the WAC”.

“She perceives everything as her own.  There is no indifference in her.  All the time trying to do better than it is.  She is a fan of her town,” said Levan Torchua. 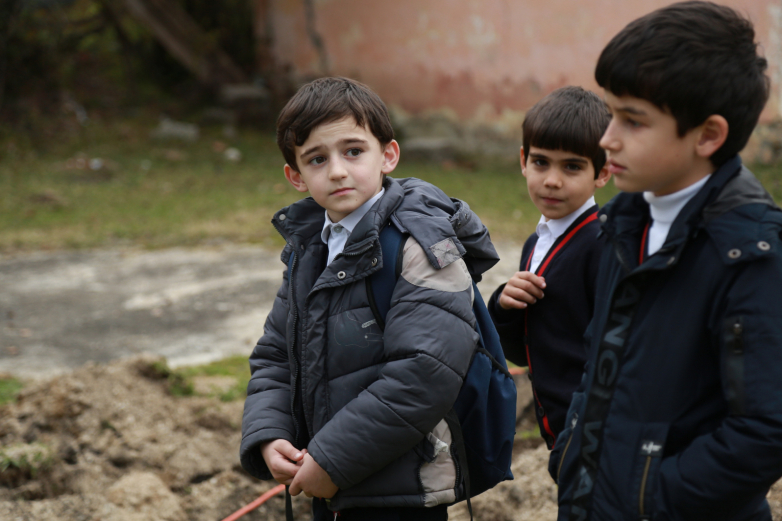 The Council of the local branch of the World Abaza Congress in Gudauta was formed on October 3, 2019.  Its asset is made up by the head Amra Lakoya and members of the Council: Inal Ankvab, Almaskhan Dzheniya and Khamida Gitsba.  Earlier, the Council established sports horizontal bars and new street garbage bins in Gudauta.