The WAC opened a new regional office in the Netherlands as part of the working visit of the Congress delegation to the Netherlands, which takes place these days.

The staff of the WAC established a new structural regional branch, whose members were representatives of the Abkhaz-Abaza ethnic group living in the Netherlands.  The decision was announced during a meeting with compatriots in the Netherlands, where the Congress delegation is on a working visit. 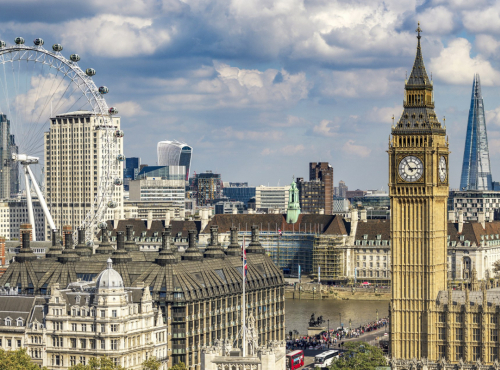 Meetings with compatriots in Europe and the opening of regional offices there are carried out according to the plan approved by the Chairman of the Supreme Council of the WAC Mussa Ekzekov in the framework of international activities for 2019. The newly created regional branch of the WAC in the Netherlands became the second in Europe after the branch in the UK.

The Executive Secretary of the WAC, Inar Gitsba, member of the Supreme Council Viacheslav Chirikba and the head of the Web Information Portal Amina Lazba are now in the Netherlands.
Commenting on the meeting held in Rotterdam, Amina Lazba noted that the delegation members experienced some excitement before the event.

“We knew that such meetings were not held for many years, and we did not have exact figures of the number of our compatriots in the Netherlands, so it was difficult to say how interesting such a meeting would be for them, and how many people would come.  We were pleasantly surprised that there were so many participants.  I want to note the great interest of those present in the Congress, there were a lot of questions and wishes, especially among the younger generation: to hold such meetings more often, to open courses of the Abkhaz language and national dances,” Lazba shared her impressions.

She also said that she met her namesakes.

“This is an amazing feeling.  The very meeting with compatriots in a foreign land, conversations with them in our mother tongue for us all, stories about the history of families, the exchange of positive emotions, the opportunity to see each other - all this creates a special warm and family atmosphere.  This meeting was special for me, I met my namesakes and now I am waiting for them to visit Abkhazia,” said Lazba. 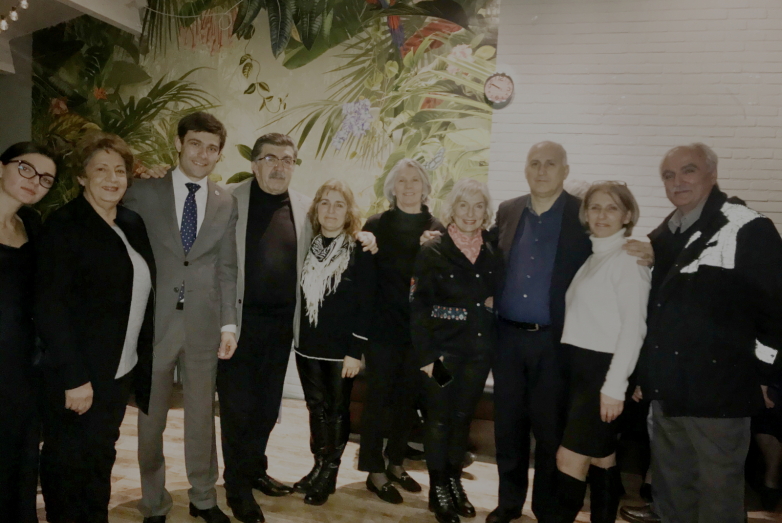 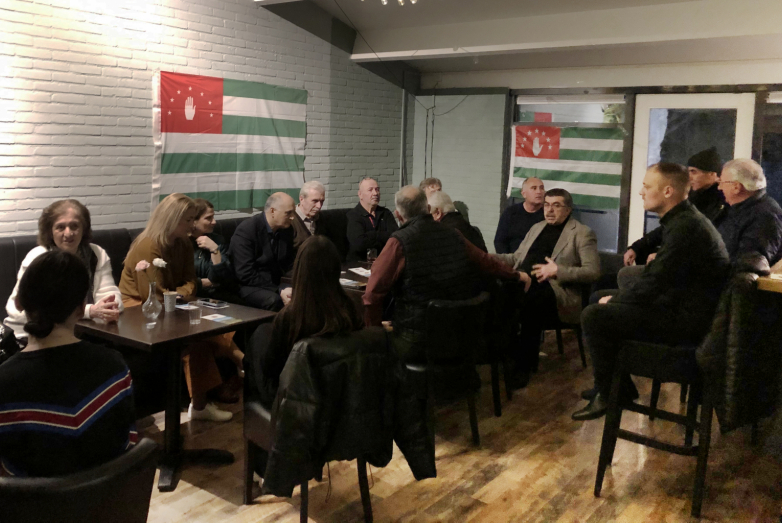 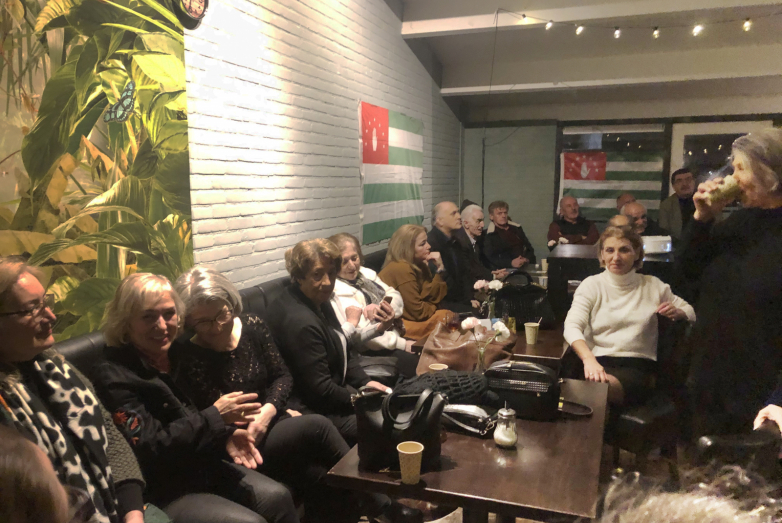 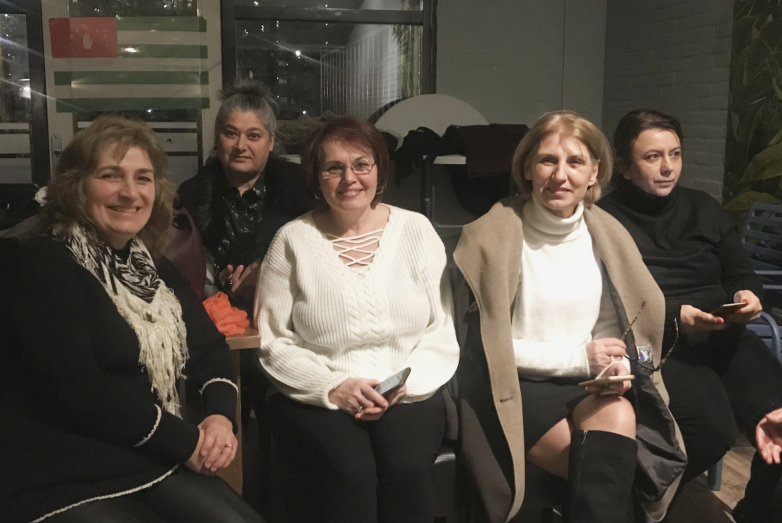 The regional office, opened as a result of the meeting, included mainly the most active youth representatives.  The 34-year-old resident of Amsterdam, representative of the Abkhaz ethnic group Ergun Ashuba, was unanimously elected chairman of the branch.

“We belong to a unique and ancient culture that sets us apart from the rest of the world.  However, at the same time, few people know about our ethnic group.  To make ourselves known to the world, we ourselves must know who we are and where we are from.  That is why I wanted to become part of the Congress team.  The main goal of this organization is to unite Abkhaz and Abaza scattered around the world - and only together we can survive,” explained the newly elected chairman of the regional branch of the WAC.

Ashuba was born and raised in the Netherlands.  His father, a descendant of Abkhaz settlers in Turkey, moved from Turkey to the Netherlands many years ago and settled here.  Ergun's mother is Dutch.  At the same time, the young man, according to him, always felt a special connection with his native people.

“I do not feel part of either Dutch or Turkish culture, despite the fact that I grew up in this environment and speak these languages, - said Ashuba. - I really want to learn Abkhaz and I hope that thanks to the Congress I will have such an opportunity.  When they ask me where I come from, I proudly say that I belong to an ancient Abkhaz ethnic group. However, when I hear in response “never heard of this,” I want to cry.  I feel a special connection and unity with the representatives of our ethnic group, this feeling is difficult to describe in words, one has to feel it.”

Other participants shared their stories at the meeting.  One of them, Sevda Palba, said that her parents, representatives of the Palba and Gumba clans, once moved to live in Europe from Turkey.  Sevda herself was born and raised in the Netherlands and now lives in Rotterdam with her daughter and parents.  A young woman dreams of visiting Abkhazia with her daughter as soon as she becomes a little older.

“For many years I did not participate in such meetings of our Diaspora, therefore I am very glad to be here today, to see everyone, especially guests from my native Abkhazia.  I hope that now such joint events will become regular.  I really want to learn Abkhaz and teach my daughter my native language, I want to know more about our history and culture,” said Palba.

Along with other compatriots, she became a member of the regional office of the WAC in the Netherlands.

Shengyul Ardzinba came to the meeting in Rotterdam from Utrecht with her husband Ozkan Amichba.  Together, they first visited Abkhazia about two years ago. Shengyul’s mother is Adyg and her father is Abkhaz, grandmother’s surname on the father’s side is Ajiba.

“We came to the meeting today with great joy.  I miss my native language and am always happy to speak it with my compatriots.  I do not know how to write in Abkhaz, but I speak it, my parents taught me.  I myself once taught Abkhaz children, representatives of our Diaspora, but then, unfortunately, meetings became increasingly rare.  We need these meetings, we need to preserve the language in order to preserve our people,” said Shengyul Ardzinba. 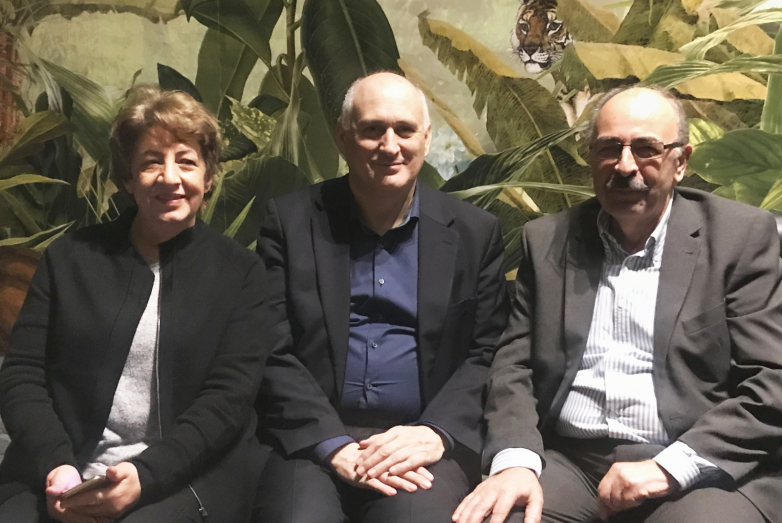 Young Shara Kupalba came to the meeting with her mother Tulin Lazba.  They live in Rotterdam.  Shara considers it important for herself to “feel herself part of the Abkhaz society in the Netherlands and part of the entire Abkhaz people.”

“I grew up among the Dutch and I can say that our (Abkhaz - ed.) culture is different from the Dutch.  Our traditions could in many ways become an example for other peoples.  Parents teach my brother and me to honor the elders.  For example, we, as in Abkhazia, stand up when someone enters the room, thereby showing our respect.  We are taught to value family ties, to feel responsible for parents when they become elderly and will need our help.  This is not the case in Dutch culture, so I will also instill precisely these values into my future children,” said Kupalba.

All participants in the meeting filled out applications for membership in the World Abaza Congress.  They will be issued specially designed certificates of members of the Congress.

The meeting ended with traditional folk songs and dances.

The working visit of the WAC delegation to the countries of the European Union will last until December 16.  Meetings with representatives of the Abkhaz-Abaza Diaspora in Belgium and Germany are also planned.