The WAC delegation took part in the second festival of Abkhaz culture “Apsny” in Moscow.

The World Abaza Congress for the second time took part in the open festival of Abkhaz culture “Apsny” in Moscow on Sunday, June 30.

At the festival, held in the capital's park “Krasnaya Presnya”, there was a pavilion of the Congress, where anyone could join the WAC.  On this day, more than 50 people joined the ranks of the WAC. 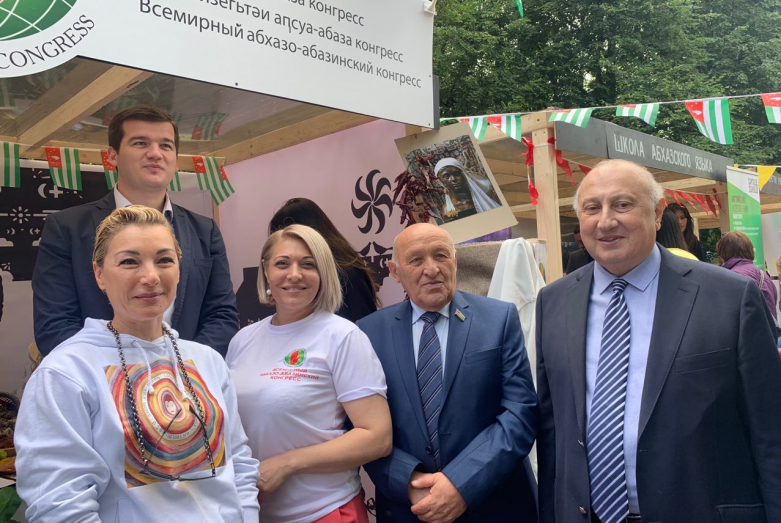 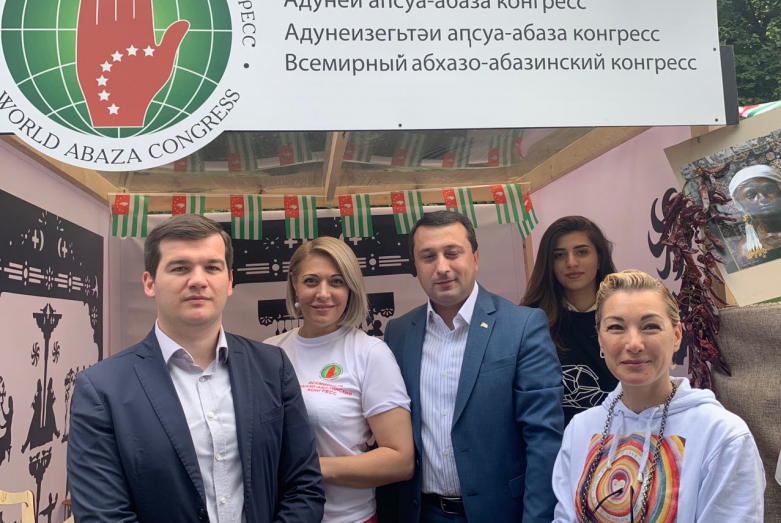 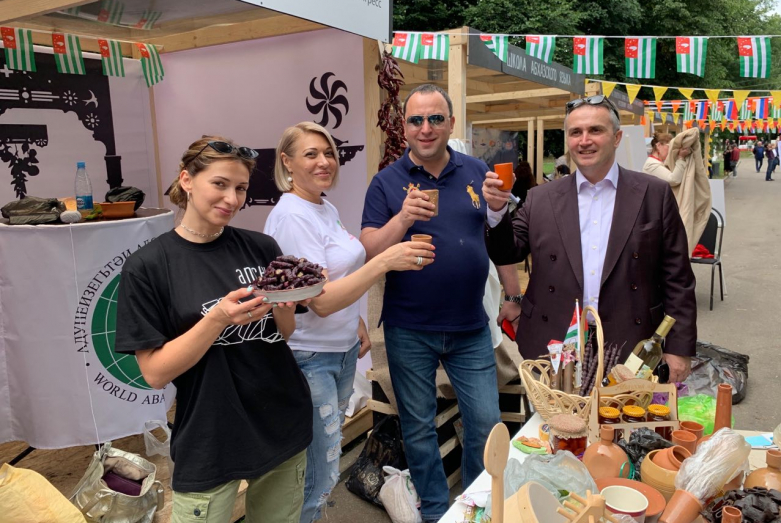 The head of the staff of the Chairman of the Supreme Council of the WAC, Kan Tania, estimated the festival as “one of the main cultural and educational events in the Abkhaz-Abaza Diaspora environment”, explaining that the leadership of the Congress attaches great importance to such events. 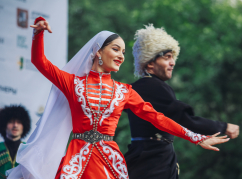 About Abkhazia with love: a festival of Abkhaz culture was held in the center of Moscow

“Through such events, an acquaintance with the ancient history, rich culture and beautiful traditions of the Abkhaz-Abaza people takes place, so the Congress took an active part in the festival,” said Tania.

He thanked the organizers of the festival - first of all, the chairman of the Moscow Abkhaz Diaspora, a member of the Supreme Council of the WAC, Beslan Agrba.

The head of the Women's Councils of the WAC, Geta Ardzinba, who coordinated the work of the pavilion, noted that in general the number of guests of the festival this year was bigger than last year (according to preliminary calculations, the festival was visited by more than 10 thousand people, and last year - about eight thousand - ed.).

“We find it very important (delegation of the WAC - ed.) that there is an “Abaza Yard” stand next to ours.  We performed a single composition, which demonstrated that the Abkhaz and Abaza are one people.  Today it was especially visible.  Also this year, compared to the past, there are more Abaza who have joined the Congress,” said Ardzinba. 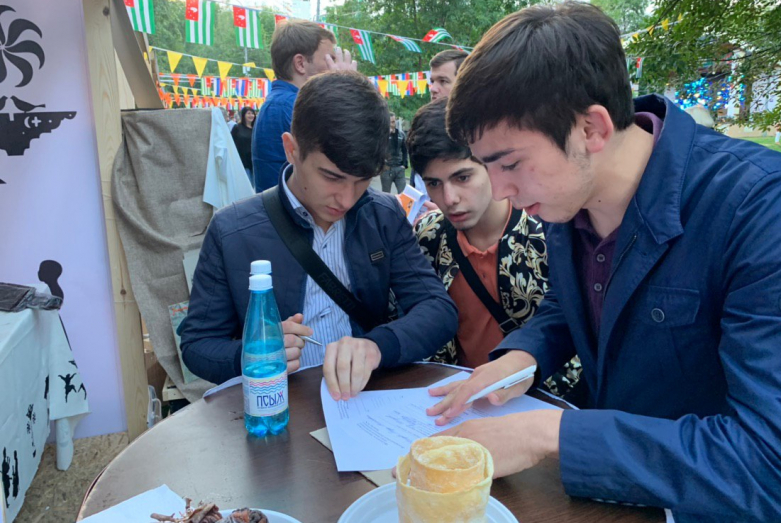 All guests and participants of the fair had the opportunity to join the World Abaza Congress. To do this, one needed to fill out a special form.
© WAC

he head of the Women's Councils of the Congress believes that the WAC stand “managed to convey to the guests of the festival a piece of Abkhaz hospitality”.“We managed to create a unique atmosphere.  We told all the guests of the pavilion about the goals and objectives of the WAC, held a fascinating quiz on knowledge of the history and life of the Abkhaz.  They sang Abkhaz songs that many sang along,” explained Geta Ardzinba.

The basis of the WAC exposition was a presentation book on the history of the creation of the Congress and its work over 25 years.  At the Congress stand for the first time, a large map of the settlement of the Abkhaz-Abaza people around the world was presented, which caused great interest among visitors.  The WAC pavilion also pleased the guests of the holiday with delicacies brought from Abkhazia. 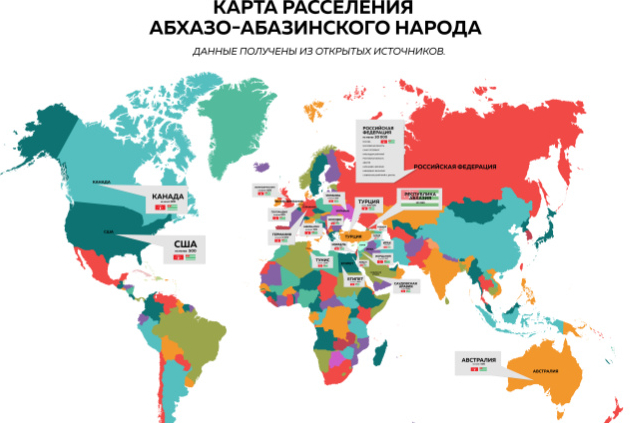 At the Congress stand for the first time, a large map of the settlement of the Abkhaz-Abaza people around the world was presented, which caused great interest among visitors
© WAC

“In the center of the pavilion there was a large table with dishes of Abkhaz and Abaza cuisines. The table was decorated with national elements.  All participants of the event could try the table treats absolutely free of charge,” added the head of the Women's Councils of the WAC. 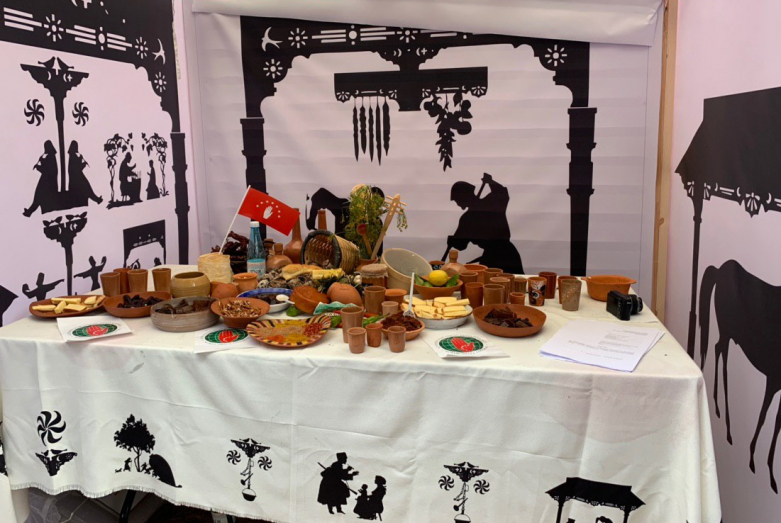 As part of the pavilion, a quiz was raffled, after which the winners Irina Shitina and Ekaterina Krotova received a prize - a food basket with Abkhaz food, specially brought from Abkhazia.

“Strangers greeted each other, hugged each other.  There were moments when we felt like one big family,” said the head of the Women's Councils. 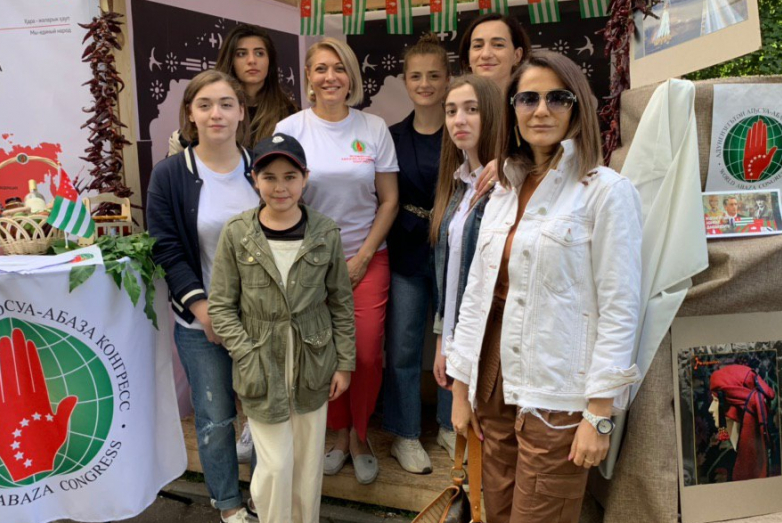 On behalf of the WAC, she expressed special thanks to the volunteers, who greatly helped in preparing the booth and “were close to the very end of the evening”.

A large-scale festival of Abkhaz culture was held in Moscow for the second time.  The first open festival “Apsny” took place in the capital of Russia nine months ago, on September 30, 2018, and was timed to the 25th anniversary of the Victory and Independence Day of Abkhazia.  Then more than 50 people took part in its organization, and the number of its participants was about eight thousand people.