The winner of the special prize of the World Abaza Congress established for the best performance of the song in the Abkhaz language in the “Orpheus” vocal competition, Saida Azizova met with composer Anri Gumba on Tuesday February 26. The musicians will record a new song in the Abkhaz soon. 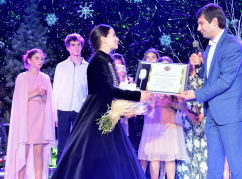 WAC awarded a special prize to a young performer at the "Orpheus" competition.

Abkhaz composer and musician Anri Gumba listened to the vocal of the young singer and was pleasantly surprised by her talent.

“I had sketches of a future song, but I didn’t fully understand what it would be, so I waited for a meeting. Saida has a lot of advantages, which I noted today: vocal qualities, diction, timbre - all this is captivating the viewer. I saw her “musical character.” I think the song we will write will be bright, mobile and suitable for age,” the composer shared his impressions.

Saida herself says that her long-time dream has come true today - she visited a professional recording studio.

“The studio literally caught my breath. There was a feeling as if I did not know how to sing at all, then I gathered my thoughts and sang, it is an unforgettable experience. Many thanks to Congress for such a gift. I think that each of the guys who sing at our competition (vocal competition “Orpheus” - ed.) would be happy to be in my place,” noted the beginning singer. 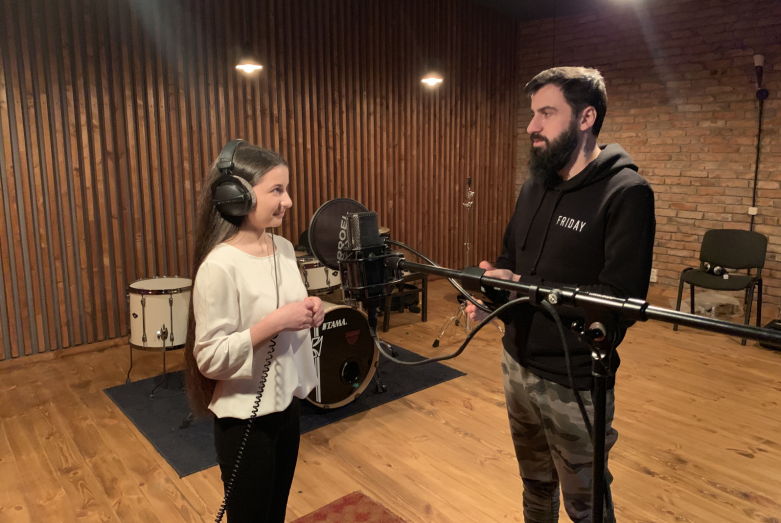 Saida was born and raised in the town of Ochamchira. She is a tenth grader. No one sings in her family, and she herself had never before professionally engaged in vocal.

“I did not study music. Just from childhood I always liked to sing. I sang at the TV. I quickly memorize the lyrics. I just like to sing, but in the future I want to become a surgeon, study in Russia and return to Ochamchira, live and work in my town,” said Saida.

The head of the Women's Councils of the WAC, Geta Ardzinba, noted that the “Orpheus” project became truly popular and attracted great attention of both the residents of the Ochamchira region and the entire country 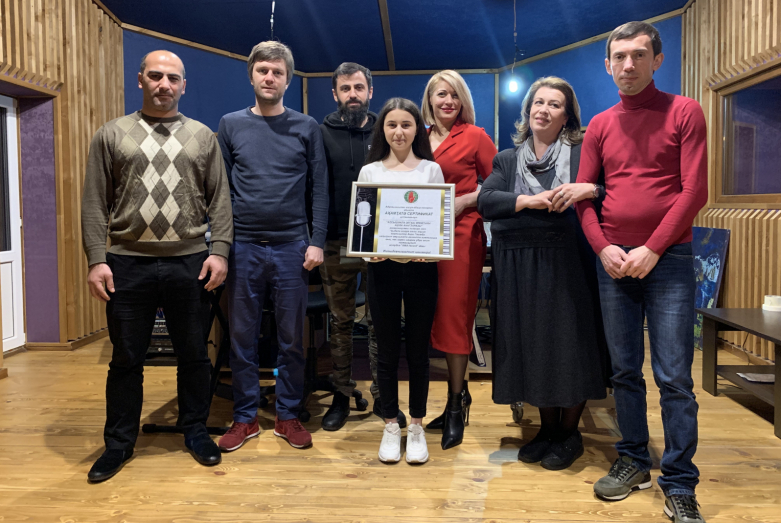 “Orpheus” is a vivid example of how people set themselves a task and were able to realize it. The project participants first appeared on the stage, before that they had never practiced singing professionally. For example, Saida Azizova for the first time today visited a real professional studio. Congress succeeded in fulfilling her childhood dream. For this and many other reasons, we are close to this project,” said Ardzinba.

“Orpheus” is a music contest that takes place in the Ochamchira district. The participants of the competition are talented children from the villages of Ochamchira district, many of whom had never literally held a microphone in their hands before. 17 participants compete for the title of the best singer in the vocal project “Orpheus”, including the winner of the special prize of the WAC for the best performance of the song in the Abkhaz language Saida Azizova. Two competitive stages already took place. In April of this year, the final will be held, at which the winner will be determined.