A pupil of the freestyle wrestling club "Abaza" Denis Kvarandzia became a coach for children in St. Petersburg.

Twenty-year-old Denis Kvarandzia, a pupil of the "Abaza" freestyle wrestling club, has recently started coaching in St. Petersburg. He told the correspondent of the WAC information portal about the path to coaching and his views on the education of young athletes. 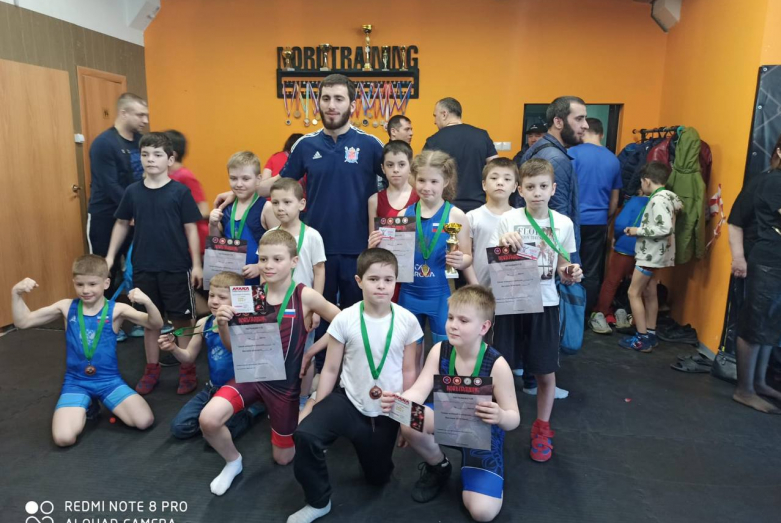 Helped a friend and became a mentor

Denis Kvarandzia studied at the Abkhazian freestyle wrestling school of the "Abaza" club and in 2016 was enrolled in the Olympic reserve school No. 2 in St. Petersburg. In June 2022, he is already finishing his studies there and writing his thesis.

In the fall of 2021, the young athlete began, alongside with his studies, to work at the Union Wrestling SPB, where he trains children in the freestyle wrestling section.

His friend and classmate Maxim Isaev, a master of sports of Russia in freestyle wrestling, a member of the national teams of Russia and St. Petersburg offered him to start coaching. 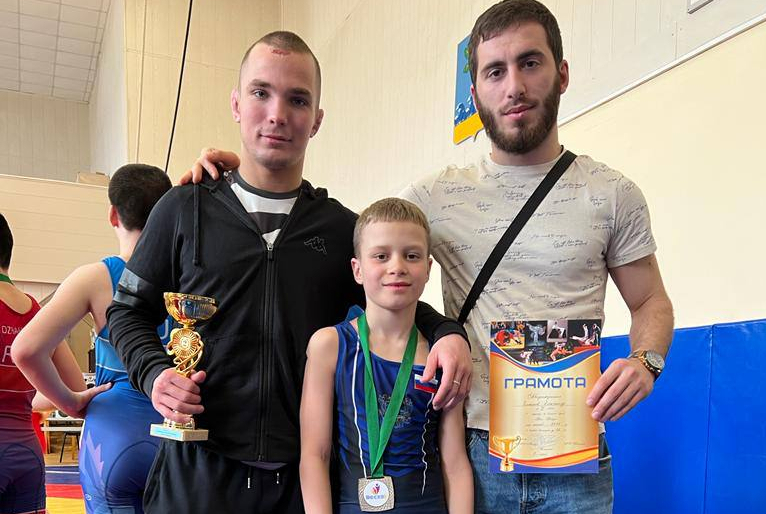 "Maxim and I have been training together at the school for five years. He has been training children for two years now, he invited me to work," Denis says simply, explaining that there are about 150 young wrestlers in the section, and a friend needed help - "the help of a second coach."

The young coach shared that he had already felt the special taste of coaching, which is the joy of the results of the wards.

"When you see the results, when the children learn from you and show achievements, you understand that everything is not in vain. It is very pleasant," admits Kvarandzia.

The freestyle wrestling section in Union Wrestling SPB is attended by young people aged 4 to 14.

"There is a group that we call "strong guys", these are the smallest - from 4 to 6 years old. We do not train them to wrestle, but provide general physical training. We prepare them for wrestling. The main group is from 6 to 14 years old. There are four groups a day, I train in two groups, three times a week for small, and older guys every day," the Abkhazian coach announced his schedule.

Talking about his work, Denis Kvarandzia recalls a significant meeting for him. When the film was being prepared for the anniversary of the "Abaza" club, their hall was visited by the Chairman of the Supreme Council of the WAC, Mussa Ekzekov, a great fan of freestyle wrestling, a master of sports of the USSR and a multiple freestyle wrestling champion of Leningrad.

"I met Mussa Khabalevich. It stuck in my memory that he wants the best for the younger generation. He does a lot for the younger generation of Abkhazians, Abaza, and for everyone, not only wrestlers, but in general. We talked to him. Our thoughts about this coincide, and I remember this meeting well. I myself am one of the pupils of the "Abaza" freestyle wrestling club, which was founded in Abkhazia thanks to Ekzekov. He created good conditions for sport activities in the Republic," summed up Kvarandzia.

In his opinion, playing sports is exactly what can distract teenagers from addiction to modern gadgets, which "have a very detrimental effect on children." A child who holds a phone in his hands all day and plays online games will grow up physically weak, Denis complains. 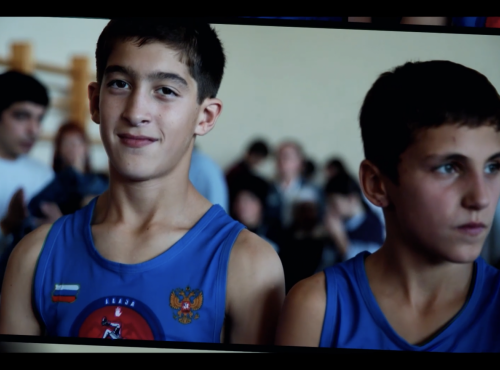 WAC filmed a documentary about the "Abaza" freestyle wrestling club

"However it’s not possible just to limit them, you need to offer them other pastimes, such as sports sections. Immerse your child in the atmosphere of sports. Now the younger generation is growing weak. One of the reasons for this is that parents do not want to make every effort to ensure that their child is better and stronger. Sport tempers a person, brings up leadership qualities in him. As a rule, then for a child it is much easier in life, he develops discipline in himself, which is very important in adulthood," Denis shares his life experience.

For pupils, a coach is like another parent, Kvarandzia believes. In addition to physical hardening, the coach lays the correct life guidelines in the wards. A good example of this is the same "fight" against children’s gadgets.

"Gadgets, social networks, bloggers - all this drives children into some kind of apathy, and they become uninterested in doing physical labor. Our task is to explain what is good and what is bad, to guide them in the right direction, to be their second parents. It does not matter what kind of sport to send the child to and it does not matter what he chooses in his life - to be a diplomat or an athlete. It is important to establish a commitment to a healthy lifestyle as a child," the coach notes.

Along with success in teaching, Denis Kvarandzia is also successful in personal sports. Performing in April of this year in the Championship of St. Petersburg in freestyle wrestling among juniors under 24, he took first place, fulfilling the standard for the title of master of sports.

Denis does not yet have an unequivocal answer to the question of whether he will continue his sports career or prefer coaching. 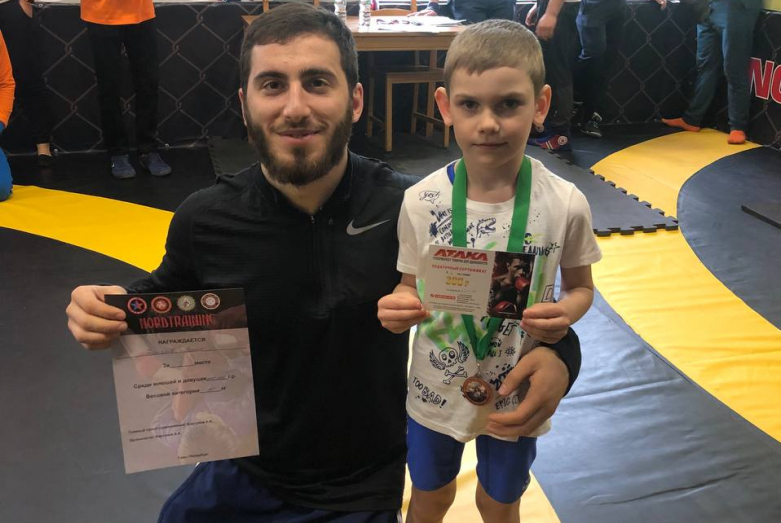 "Time will tell. I will take a little break in the summer. Throughout a sports career, injuries have accumulated that need to be healed. Now I will recover, and at the end of the summer I will make the right choice," the athlete shared his plans and explained that he, of course, trains to keep fit.

"My first coach in Sukhum was Timur Dzhopua and then Navik Alabyan, then I went to Manuchar Beshir-ogly. Every day, except Sunday, I went to the gym. We travelled a lot to competitions in Sochi, Krasnodar, Rostov and Stavropol with coach Manuchar, who, unfortunately, recently passed away. It was on his recommendation that I got into a school in St. Petersburg," Denis listed his mentors.

Kvarandzia noted that in Abkhazia there are "wonderful coaches, professionals at what they do," to whom children should be brought. In his opinion, these coaches will develop a child's interest in sports and will not push him away with heavy loads, as they show an individual approach. 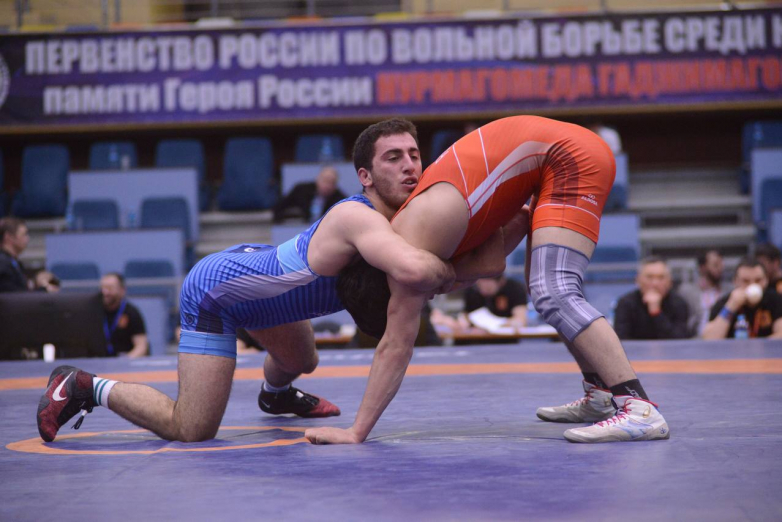 "I won’t name them so as not to forget anyone. I urge all parents to think about the future of their children," the athlete concluded.

He shared his dream - to open his own gym in Abkhazia someday.

"There are plans to return to Abkhazia. In the summer, when I come, I train in the Sukhum gyms. However, to be honest, I want to build my own hall, equipped with everything I need. To do this, now I try to gain experience and come as an already established coach. Then I will start training children," said Denis Kvarandzia.

The first and only freestyle wrestling club in Abkhazia "Abaza" was founded in July 2009. From the very beginning, the mastermind and founder of the club, Mussa Ekzekov, saw the main mission in increasing the interest of Abkhazian children in sports and a healthy lifestyle. More than 70 million rubles have been invested in the maintenance of the club and the development of freestyle wrestling in the Republic for 13 years.

By 2022, 36 coaches will pass on their skills to athletes in the club throughout Abkhazia. For 13 years, the "Abaza" club has released more than 3,500 pupils. Today, 648 pupils aged 5 to 16 train there. In all regions of Abkhazia, sections of the club are open and function. There are 16 pupils outside of Abkhazia. 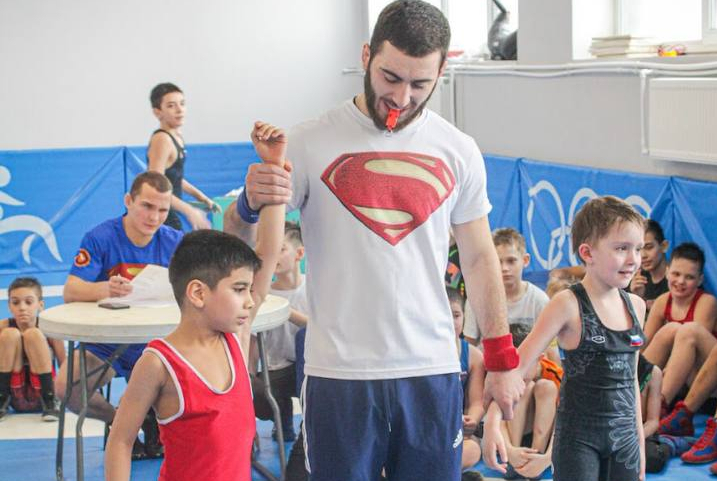 Since 2011, the club, together with the Freestyle Wrestling Federation of the Republic of Abkhazia, has been holding a large-scale competition - a tournament for the Cup of the Chairman of the Supreme Council of the World Abaza Congress Mussa Ekzekov. Over the years, the tournament became popular outside of Abkhazia - every year, teams from the North Caucasus and other regions of Russia come together to participate in this international competition, which allows to create an atmosphere of a real sports festival, where the spirit of unity of fraternal peoples reigns.