The footballers of the Children and Youth Academy of the Russian football club "Zenit" have been at a training camp in Abkhazia for almost two weeks. The coach and footballers of "Zenit" told the WAC information portal about the results of the training camp.

Abkhazia has good conditions for training and excellent weather for training of football players, said Alexey Tikhomirov, head coach of the "Zenit" Children and Youth Academy of St. Petersburg, summing up the results of "Zenit" training camps in Abkhazia from March 19 to March 31.

In total, about two hundred athletes took part in the training camp, these are seven teams born in 2005-2011. 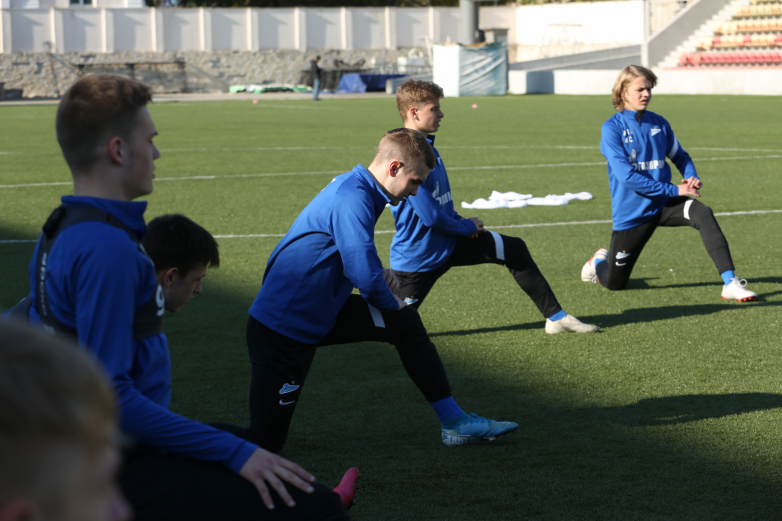 Tikhomirov told how "Zenit" management came up with a decision to hold training camps in Abkhazia. In November last year, representatives of "Zenit", headed by the director of the Center for Advanced Training of Football Club Coaches, a member of the technical committee of the Russian Football Union, Sergey Morozov, visited Abkhazia at the invitation of the Abkhazian Football Federation to train the coaching staff.

"During the visit, the Abkhazian colleagues showed us the places where the training camp could be held, and the "Zenit" leadership decided to come to the training camp in Abkhazia in the spring," the coach said. 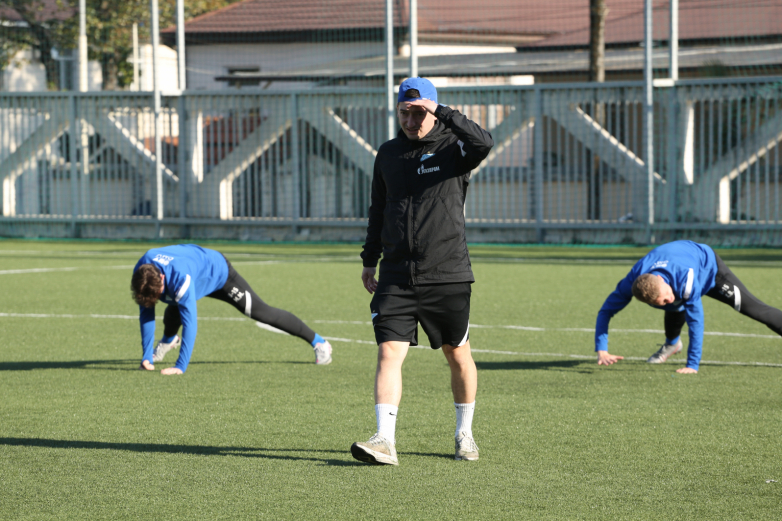 He explained that the interest in Abkhazia as a gathering place was due, first of all, to good climatic conditions.

"After winter, our guys (in St. Petersburg - ed.) are in a rather severe condition: long and cold winters, very little sun. Here (in Abkhazia) we got it. We also found good working conditions, a very warm attitude from the Abkhazian side. The Abkhazian colleagues understood correctly what we want to see. We have excellent food, accommodation and conditions for training work," shared Alexey Tikhomirov.

He added that the "Zenit" leadership plans to continue to hold training camps in Abkhazia.  According to him, the second visit is already scheduled for late October - early November 2021.

The head coach of "Zenit" believes that people in Abkhazia are interested in the development of football. According to him, this can be seen with untrained eyes. He also added that there have always been good football players in Abkhazia, many of them have achieved good results, many names are well known.

"We want, to the best of our ability, to help our Abkhazian colleagues methodically, as well as to discuss different directions for the development of football. We want to help the children, to give them a chance to get into the "Zenit" academy, so that they receive further contracts. Therefore, we opened our branch here, where Abkhazian coaches work according to our methods and approaches.  We very much hope that the talented Abkhazian boys will get this chance," he concluded.

"Zenit" Academy footballer Nikita Lobov said that the athletes have a busy schedule: two trainings a day. They did not have the opportunity to get to know Abkhazia well, but one day they were still taken on an excursion to the main sights of the country. 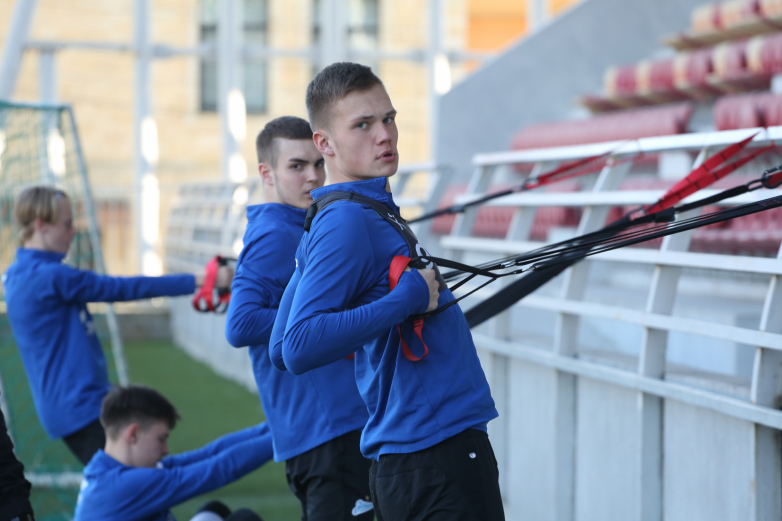 "Everything is very beautiful in Abkhazia. I am here for the first time, I really liked everything," he said.

The athlete emphasized that Abkhazia has good training conditions.

His opinion was supported by another "Zenit" player, Ivan Shlenok. He was also in Abkhazia for the first time and was surprised by its beauty. He was most impressed by the Novy Afon cave, which he saw as part of a one-day excursion. 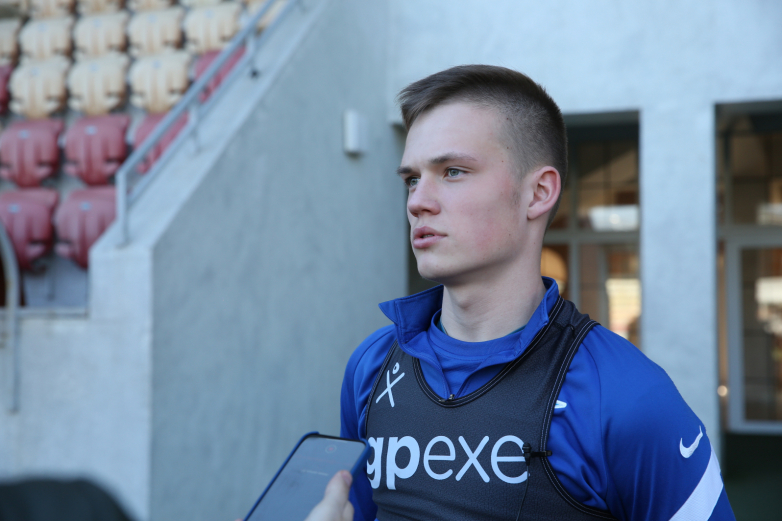 Shlenok noted not only "excellent conditions for training", but also the high level of preparation of the Abkhazian side to receive football players from St. Petersburg "Zenit". 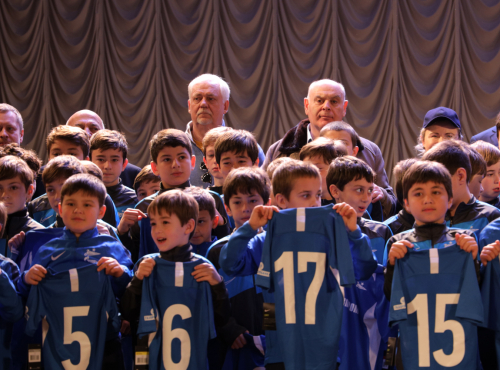 "The food is delicious and homemade. The pitch is also in good conditions. We didn’t feel any discomfort," the player said.

It is to be recalled that the branch of the "Zenit" Children and Youth School in Abkhazia was solemnly opened on March 27, and actually began its work in December 2020. The first analysis of Abkhazian rookies potential at the Academy of FC "Zenit" in St. Petersburg took place back in November 2020. Then a group of four athletes, in particular, was accompanied by the coach of the children's football team from Novy Afon Armen Kapikyan, who was appointed by the order of the General Director of FC "Zenit" as the head of the Abkhazian branch.

Earlier, in September 2020, 27 coaches from Abkhazia were trained at the courses organized by the Academy of the "Zenit" football club, the best of them will now be trained in the Abkhazian branch of "Zenit". Children from 6 to 13 years old will be recruited into the teams. 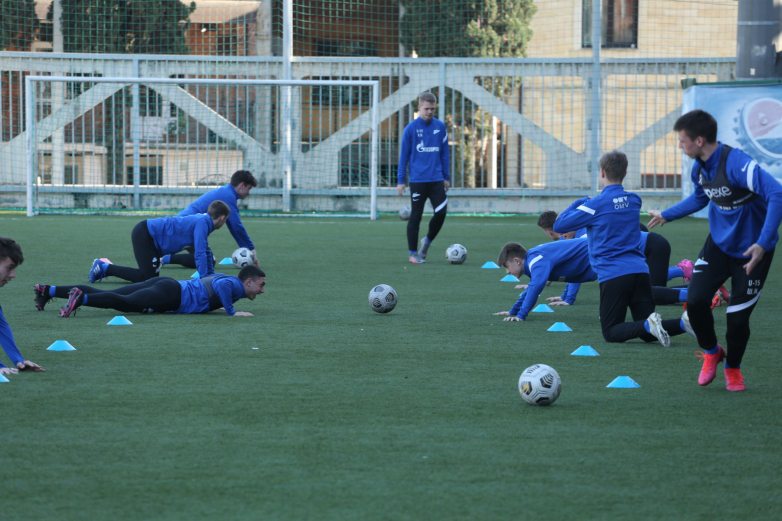 The FC "Zenit" Academy is a children's and youth football school affiliated with the famous "Zenit" football club from the Russian northern capital of St. Petersburg. The goal of the Academy is to train football players worthy to play for the main team of the club. The school has its own philosophy, which is that its graduates become not only good football players, but also good, educated people. The Academy teams "preach aggressive and spectacular football."  In this case, the principle of "preparation of the player, not the team" applies. All classes in the school are divided into three categories: technical-tactical, theoretical and psychological, there is also physical training.