The WAC Parent’s club held the first practical meeting, the main speakers of which were child psychologists.

The WAC Parent’s club held the first practical meeting, the guests of which were leading Abkhaz experts in the field of child psychology Zaira Kaitan and Ruslan Khojaa. 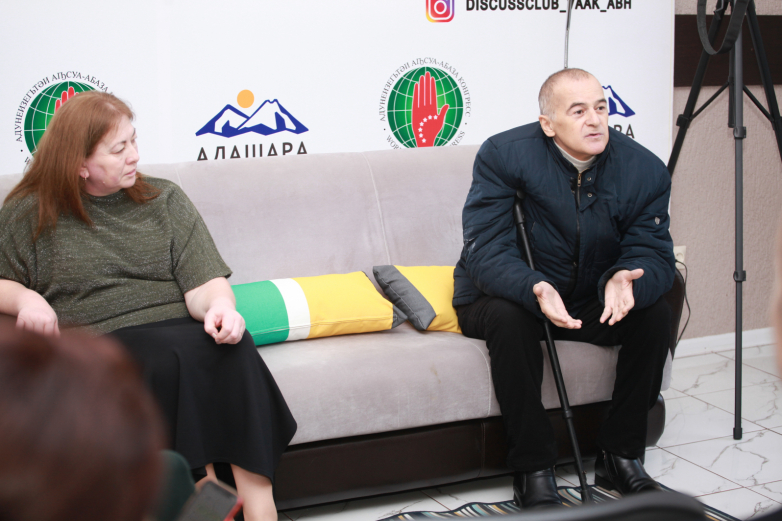 The head of the WAC Discussion club, Irina Turava, noted that the meeting with child psychologists aroused great interest among parents, and now we can conclude that the Parent’s club is a successful project. It is to be recalled that the Parent’s club is a special project within the framework of the WAC Discussion club.  Both began to work in November of this year.

“We see great interest in the Club from mothers and we hope that in the future we will be able to attract fathers as well.  The room in which we are located today accommodates 25 people, and it is not enough.  And this is [at the same time] great, because the interest in the topics we raise in our parental environment has exceeded our expectations.  The project is young.  Given the fact that there were more than 20 guests, and this is only the first meeting, we can say that in the future, when the awareness about the Parent's club will raise, the number of participants will increase,” said Turava.

According to the head of the Parent's club Kama Kvitsiniya, despite the fact that the meeting lasted more than an hour, the time was still “not enough.”  Club members regretted that the conversation was over. 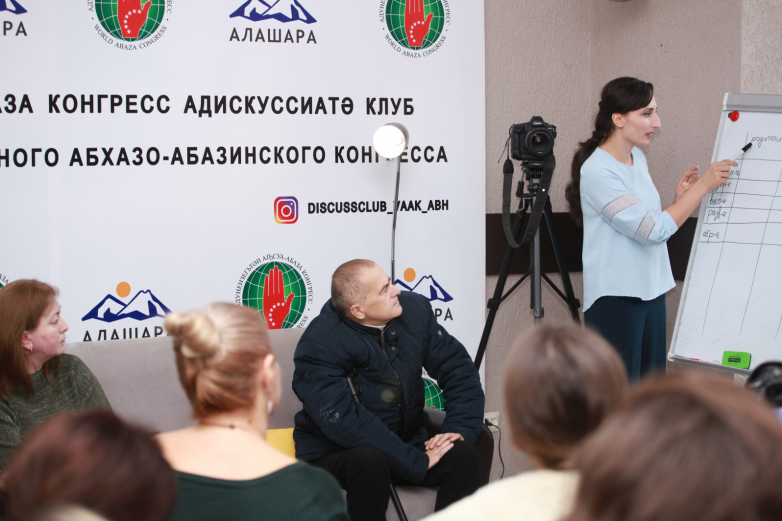 “Parents are determined to come [again].  Different projects, new formats of meetings are already being offered, and all this is very pleasing,” said Kvitsiniya.

Child psychologist Zaira Kaitan believes that the Parent’s club is a unique platform that will raise many relevant topics.

“Such meetings with parents in terms of psychological education are uniquely useful and, as a rule, partly present a consultative format. Specific problems are often raised and it is possible to give practical advice. The most frequently asked questions are child development issues,” Kaitan shared her impressions of the meeting.

The mother of three children, Nara Kvitsiniya, who attended the meeting, noted that the Parent’s club is a project that will allow discussing many important issues of parents.

“I have learned a lot of useful information for myself.  I made some conclusions about what should be the approach to raising children, I understand the needs of the child.  I hope that the meetings will become regular.  There are many more questions that I would like to discuss,” said a member of the club. 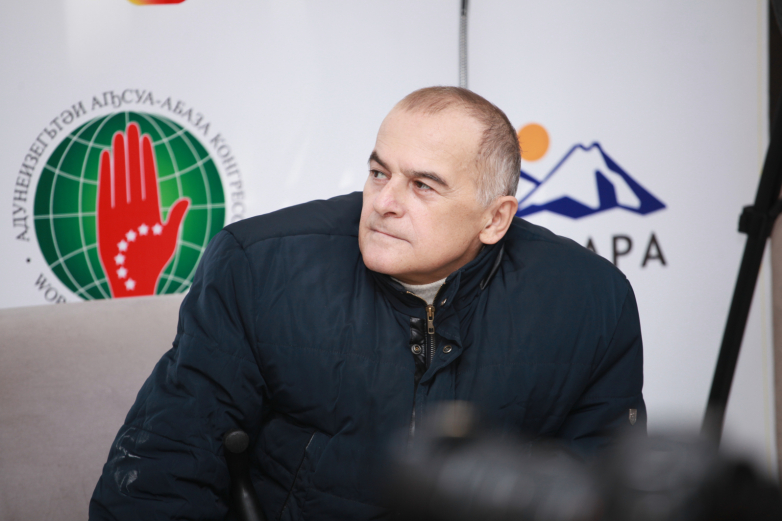 Psychologist Ruslan Khojaa expressed his readiness to support all the initiatives of the Parent’s club.  He suggested holding a joint meeting of parents and children, noting that “this way it will be possible to observe the behavior of children.”

“This is a great idea, it needs to be developed further.  Children are our future, their psychological upbringing is very important, and parents should also be savvy for this.  The club just provides such an opportunity,” said Khojaa.

Another mother, Inna Barchan, who visited the Parent’s club, said that she would definitely come to the next meetings of the club.

“The idea of ​​creating a Parent’s club is extremely useful for our society.  This club will allow parents to exchange opinions, discuss problems, and find solutions.  Today's meeting was very interesting, the speakers were interesting.  I would like to see more interaction with the audience, there are a lot of questions,” the parent shared.

The Parent’s club is a special project at the Discussion club of the World Abaza Congress. It began its work on November 30.  Any parent can become a member of the Parent’s club.  According to the organizers, the main condition for this is “interest and motivation”.