The “Abaza” dance ensemble led by Tsiala Chkadua took part in the gala concert on the closing day of the “Abaza” festival.
© WAC / Naala Avidzba One of the main objectives of the festival was to tell the story of the Abkhaz-Abaza ethnic group. In the photo: the festival stand, which presents various historical and ethnographic collections about the life of the people of Abaza.
© WAC / Naala Avidzba 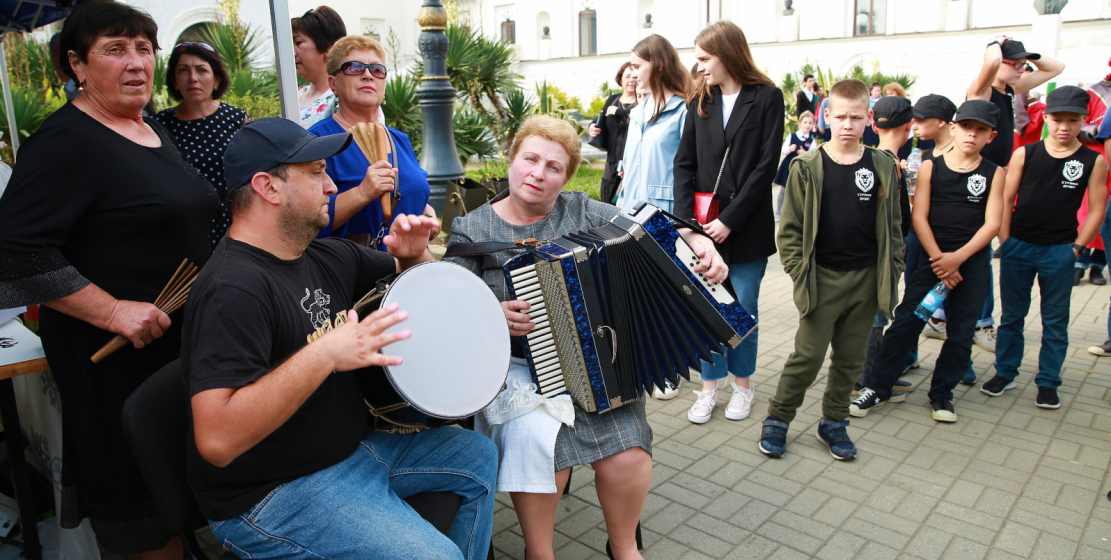 The area on the Makhadzhir’s Embankment near the Abkhaz State Theater on that day became a center of attraction for dozens of people.
© WAC / Naala Avidzba Within the framework of the festival, everyone could go through the basics of boston weaving and gold embroidery.
© WAC / Naala Avidzba 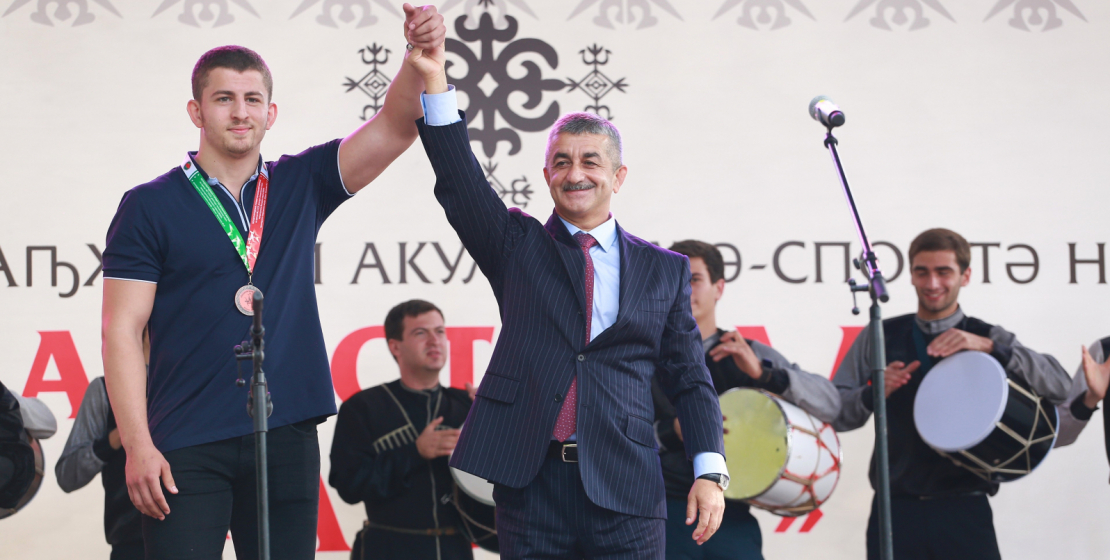 Mussa Ekzekov invited a young fighter from Turkey, who first came to his historical homeland, to the stage. Serdar Shamil Gul Dokhmaa received an honorary medal from the hands of Ekzekov.
© WAC / Naala Avidzba In the photo: the musical group “Abazgi”.
© WAC / Naala Avidzba 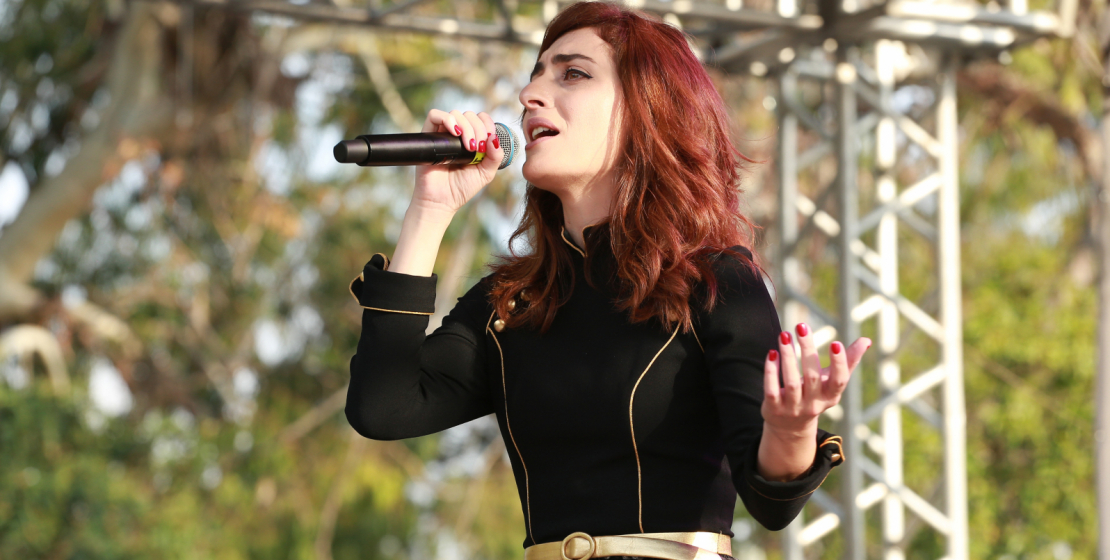 The decoration of the evening was another talented singer Sania Taniya.
© WAC / Naala Avidzba Actors of the People’s Theater “Inzhich” and the State Dance Theater of the KChR replicated the old Abaza rite of bringing the bride.
© WAC / Naala Avidzba 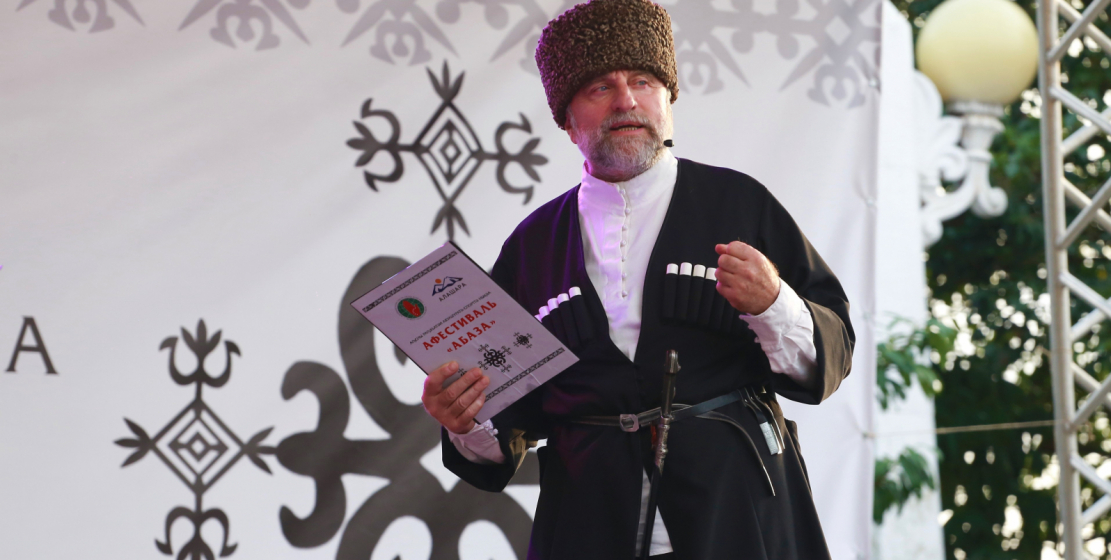 During the festival, everyone had the opportunity to join the Congress by filling out an application for .
© WAC / Naala Avidzba 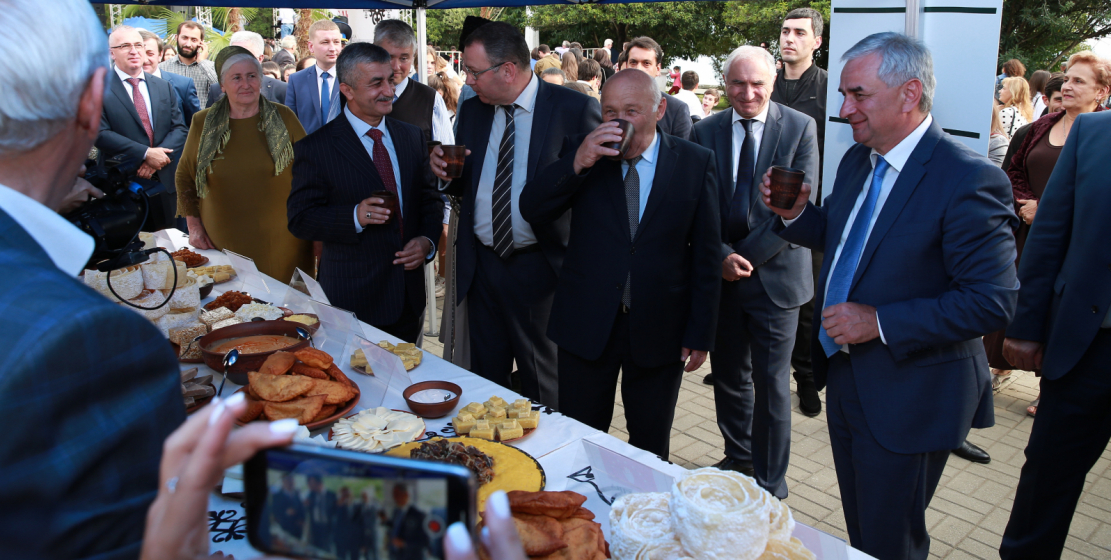 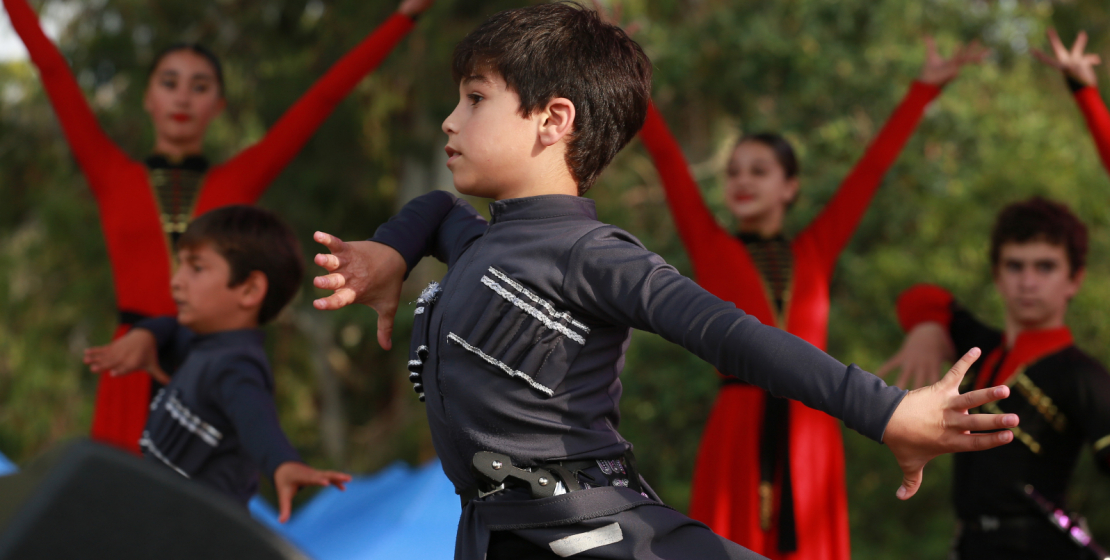 Guests of the festival did not cease to applaud the artists performing on stage.
© WAC / Naala Avidzba Participant of the vocal competition “Orpheus” and winner of the special prize of the WAC for the best performance of a song in the Abkhaz language Saida Azizova.
© WAC / Naala Avidzba 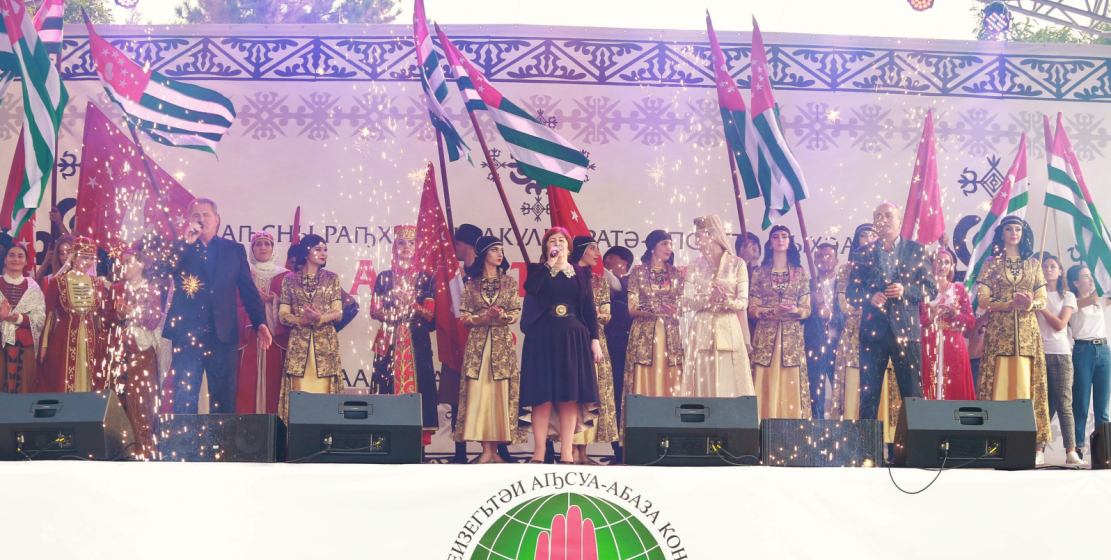 The cultural and sports festival “Abaza”, which was held in Abkhazia on October 16-18, ended with a large-scale holiday in Sukhum.

The first cultural and sports festival “Abaza”, which was held in Abkhazia by the World Abaza Congress, ended with a big holiday on the Makhadzhir’s Embankment in Sukhum on Friday, October 18.

A stage was set up on the square near the Abkhaz State Drama Theater. By noon, townspeople and guests of the festival began to gather here. National music played, creating a festive mood for everyone.

Abkhaz and Abaza dance groups, singers and musicians appeared on stage one after another.

In the final, the festival prepared for its guests, in addition to the concert, many more surprises. The festive zone was divided into several venues: here is a “gallery” of old Abaza photographs printed in poster format, there is a platform with linguistic maps, and nearby is an exposition from the storerooms of the Abkhaz State Museum collection and photographs of exhibits from the ethnographic museum of the village of Elburgan.

The festival continued with festivities until late in the evening.

The first cultural and sports festival “Abaza” in Abkhazia started on October 16 with an international freestyle wrestling tournament for the cup of the Chairman of the Supreme Council of the World Abaza Congress and lasted for three days.