Day of Victory in World War II was celebrated in Sukhum

The 74th anniversary of the Victory in the Great Patriotic War was celebrated in Abkhazia with a solemn laying of flowers at the monument to the Unknown Soldier, a military parade, field kitchen and the action “Immortal Regiment”.

On May 9, Abkhazia celebrated Victory Day in the bloodiest war of the 20th century - the Great Patriotic War of 1941-1945 (WWII).  Festive events were held throughout the Republic, the most wide scale of which took place in the capital.

In the morning, people began to gather at the monument to the Unknown Soldier in order to honor the memory of those killed in this war.  The ceremonial laying of flowers and wreaths at the memorial began at 11 am.  The event was attended by the President and members of the Government of the Republic, schoolchildren, students, citizens, guests of Sukhum and Abkhazia.

A military parade passed on the Dioskur’s embankment.  This year, about 400 military personnel were involved in it, comprising 11 foot columns. 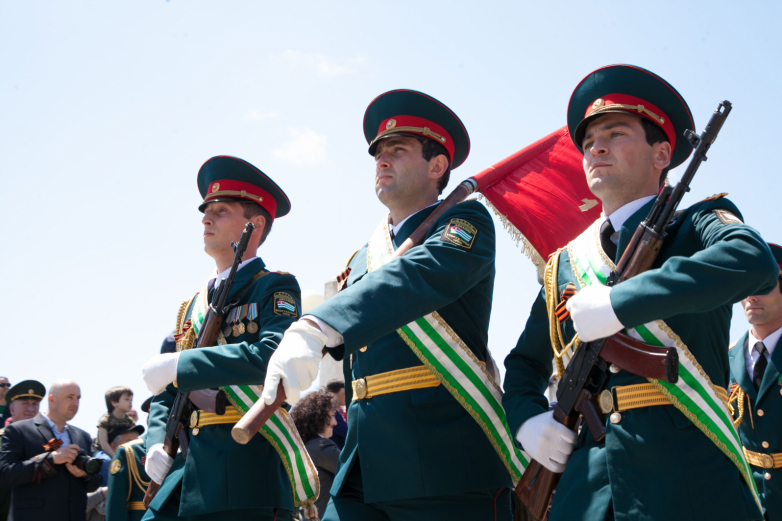 Solemn events continued with a military parade that took place on the Dioscurs embankment.  This year, about 400 soldiers were involved in it, which comprised 11 foot columns
© WAC / Naala Avidzba

Veterans of the Great Patriotic War, who are only eight people in Sukhum, celebrate the holiday of the Victory Day of 2019 with special feeling.

Veteran Valentina Shulgina, who took part in the festivities, was a little more than 20 years old during the war.  She reached Berlin, met Victory in the rank of lieutenant of medical service. Despite her old age - 96, Valentina Shulgina every year comes to the monument to the Unknown Soldier to honor the memory of her comrades.  Valentina Shulgina remembers the war years very well, when she found and lost friends.

“For me, the war began in Stalingrad. Following its liberation we went further: the Kursk-Orel arc, Warsaw, Vienna, Prague, and then Berlin,” said the veteran of the Great Patriotic War.

After the war, Valentina Shulgina went to serve in Japan, and only in 1953 she was demobilized and then moved to live in Abkhazia.

“We came here to live with my husband - he was a submariner during the war.  We built a house here, and so life flew by,” she added. 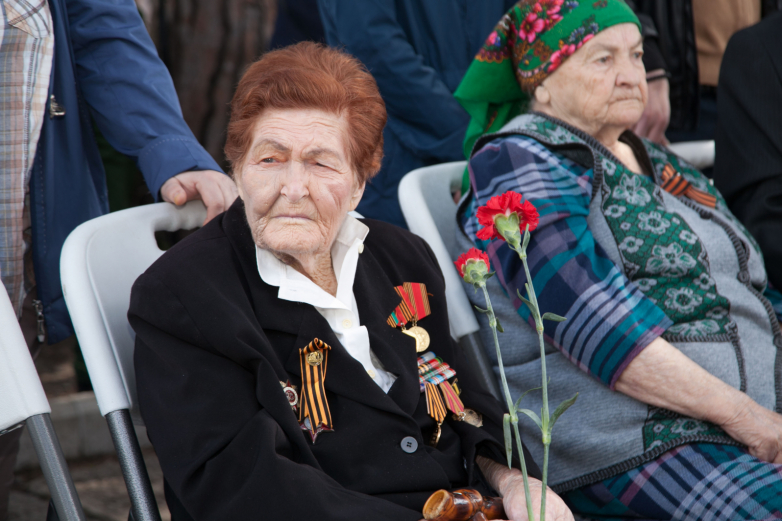 Representatives of the World Abaza Congress honored the memory of those who fell during the Great Patriotic War.

“This common “code”- “the code of the Great Victory” - unites different generations and different nations here in Abkhazia and around the world.  For us, this is not just participation in the event, it is a personal duty to honor the memory (of the deceased ones) and to worship (their feat),” said Geta Ardzinba, head of the Women's Council of the WAC. 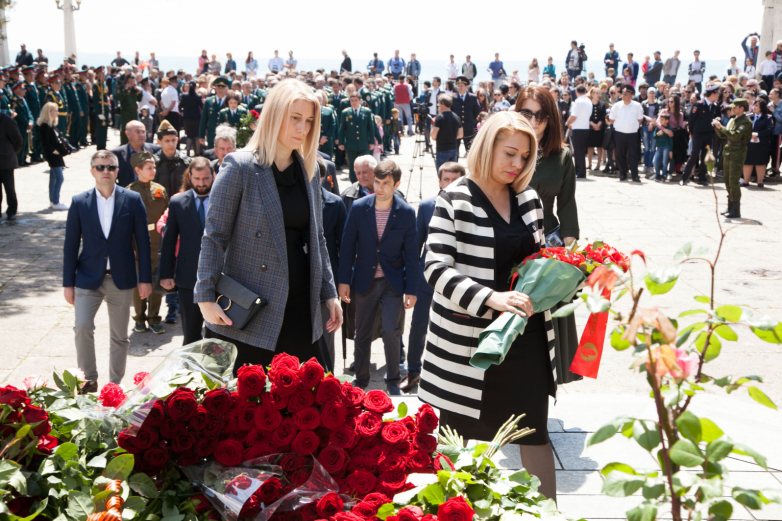 The holiday was continued by the action “Immortal regiment”, which has become a good tradition.  As in previous years, the march gathered a lot of people who carried photographs of their loved ones - those killed during the war, missing or those who returned from the front, but who are no longer alive today.  Many take part in the action with their children, because they consider it important to transfer the memory of the heroes of that terrible war to the younger generation.

“During World War II, two father’s brothers went to the front and died.  This is Kyaazim and Mektat Guliya.  Today, it’s their photos that we carried with the children in the Immortal Regiment,” said Violetta Gulia, a participant of the action.

On this day, not far from the monument to the Unknown Soldier, a field kitchen was organized, where everyone could eat soldier porridge and drink strong tea.

The holiday of the Victory Day over the fascists in the Great Patriotic War - May 9 - is annually widely celebrated not only in Russia and in the post-Soviet space, but also in various cities and countries of the world.  During the Great Patriotic War, more than 55 thousand people went to the front from the Abkhaz land, 15 500 of them were Abkhaz.  More than 3,000 Abaza also fought on the World War II fronts.