MAD representatives walked in the ranks of the “Immortal Regiment”

Members of the Moscow Abkhaz Diaspora joined the procession of the “Immortal Regiment” on Victory Day, May 9 in the capital of Russia.

Representatives of the Moscow Abkhaz Diaspora took part in the annual commemorative event “Immortal Regiment” in Moscow on Thursday, May 9. 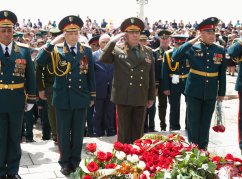 Day of Victory in World War II was celebrated in Sukhum

The atmosphere and mood in the ranks of the “regiment” in May 2019 were very similar to last year’s and before last year’s ones. But it is this, already familiar and expected, the feeling of the triumph of the Great Victory, the feeling of an undoubted strong bond between fathers and sons, grandfathers and grandchildren, great-grandfathers and great-grandchildren, this exciting of everyone and the single power of the spirit of the living and eternally alive - make the procession truly “immortal”. Many participants of the procession - with children “from young to old”, proudly walked in historical military uniforms. Here are people with musical instruments and beautiful vocals, everyone sings songs of the war years.  Field kitchen is functioning. National columns of the former republics of the Soviet Union, including the Republic of Abkhazia, are assembled.

Among the participants of the “Immortal Regiment” is the well-known Abkhaz social and political activist Taras Shamba (he served from 1992–2017 as head of the International Association of the Abkhaz-Abaza People (IAAAP, the original name of the World Abaza Congress) - ed.).

“Victory Day is a great holiday because it unites the nations of the world. We all know how many tragedies the Second World War brought. Actions such as the “Immortal Regiment” bring us closer together, giving us the opportunity to remember, honor [the ones who sacrificed their lives for peace] and pass on the memory [of them to future generations],” he said.

In the Abkhaz column there are young people, students studying in Moscow educational institutions. So, a native of Abkhazia, a student Ismet Dbar carried photos of his relatives - grandfather Kunta Dbar and his sibling Myrod Dbar.

MAD representatives walked in the ranks of the “Immortal Regiment”
© MAD

“The grandfather reached Berlin, was awarded the Order of the Red Star (the order was awarded for great services in the defense of the USSR both in wartime and in peacetime, in ensuring state security - ed.), and until recently his brother Mirod was among the missing.  Just two years ago, we learned the details of his death.  He died in 1943 near Kerch,” Ismet Dbar told the family story. The young man also added that he considers it very important to “understand heroism” of future generations who fought in the Great Patriotic War, “understand their unpaid debt to them”, and, in turn, pass on their memory to our children. 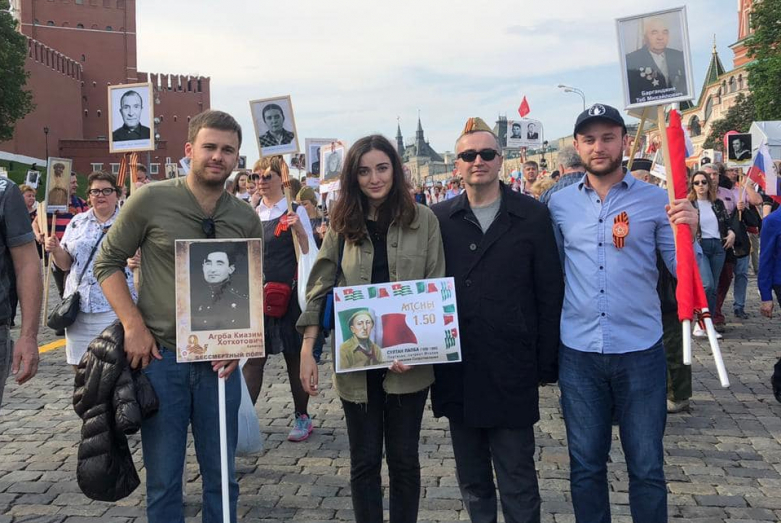 MAD representatives walked in the ranks of the “Immortal Regiment”
© MAD

The holiday of the Victory Day over the fascists in the Great Patriotic War - May 9 - is annually widely celebrated not only in Russia and in the post-Soviet space, but also in various cities and states of the world. During the Great Patriotic War, more than 55 thousand people went to the front from the Abkhaz land, 15 500 of them were Abkhaz.  More than 3,000 Abaza also fought on the World War II fronts.