WAC correspondent visited the planting of trees in the ancient Abaza village of Krasny Vostok and saw with her own eyes how it is being revived.

The village of Krasny Vostok is located in the Malokarachayevsky district of Karachay-Cherkessia on the bank of the Kuma River. The Abaza name of the settlement in which more than three thousand people live is Gumlokt. The village is considered one of the most distant from the Abaza region and other Abaza villages in the republic: it is 53 kilometers from the capital of the republic, Cherkessk and 44 kilometers from the resort town of Kislovodsk. 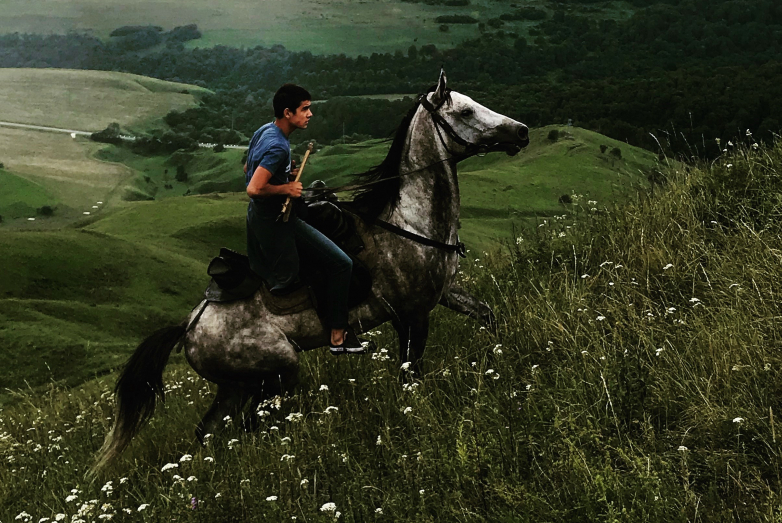 The courtyard of the sports complex in the center of the village is crowded from early morning. Residents and representatives of the public organization «Alashara» today plant trees here - forty young saplings of thuja. No one was left idle: young people were instructed to unload black soil from the truck, girls planted young saplings of thuja, men wield shovels and ram the ground.

The environmental action in the Krasny Vostok is part of a large project «Alashara» called «Plant your family tree». The project, as its creators say, is aimed at attracting residents of villages to forest plantations.

«We want to help people create, create beauty around themselves. It's easy to do, one just needs to start. This fosters a caring attitude to nature, love for one's homeland,» Madina Ekzekova, a representative of «Alashara», said.

It would not be an exaggeration to say that the alley of thuja in Krasny Vostok was planted by everyone from young to old. Even the little ones did not stand aside. Kids from the local kindergarten came to share with their inventory - toy pails and rakes. Preschool children poured water and ground into the holes. 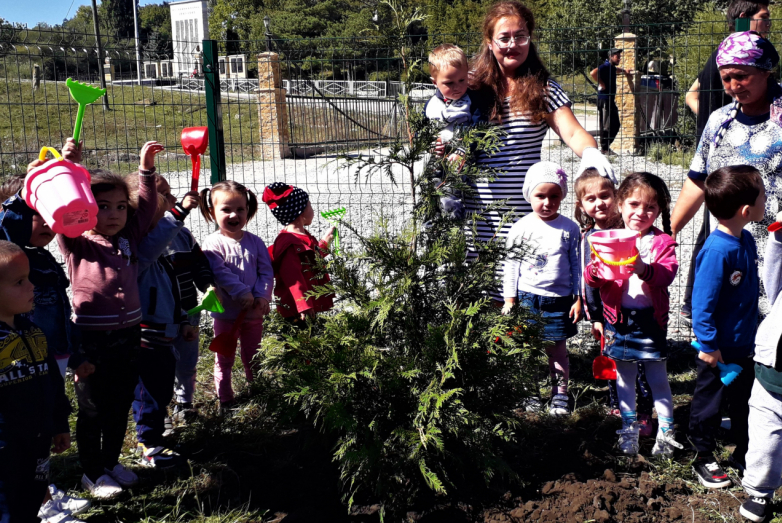 The head of the kindergarten, Irina Chukova, notes that participation in tree planting is a big event for kids.

«They understand that they are doing good in this way. Then they will come home and maybe they will say at home: let's plant a tree. Gradually, squares and parks will be planted. They will know that they need to take care, that they give life and future to this small plant,» says the head of the kindergarten.

To educate the young generation in the spirit of creation, healthy lifestyle, physical development - this approach is considered the only right by the villagers. Confirmation of this is a multifunctional sports complex. Equipped with the latest technologies, the Palace of Sports is a gift from the famous native of the village, President of the International Association for the Promotion of the Abkhaz-Abaza Ethnos «Alashara», Mussa Ekzekov.

The complex appeared in the framework of a private-state partnership with the support of local authorities. Then, at the opening of the Palace of Sports in February 2018, the Head of Karachay-Cherkessia Rashid Temrezov presented Mussa Ekzekov with the highest state award of the region - the Order of Merit of the Karachay-Cherkessia Republic.

Since then, the opened complex «Alashara» is a special pride of the villagers. There are classes in various martial arts: boxing, karate, freestyle wrestling. There are choreographic and training halls. Trainers are local and invited experts. For example, a freestyle wrestling coach came to Krasny Vostok under a contract from St. Petersburg and is now teaching local boys boxing skills, already taking them to republican competitions. 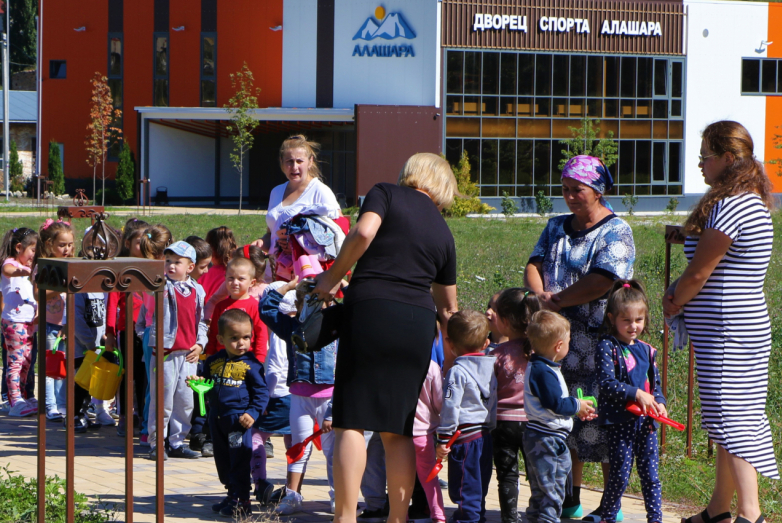 Abazins - tapanta live in the village (sub-ethnic group of Abazins - ed. note), who speak the Krasny Vostok dialect of the Abaza language. «They whistle,» they say about the villagers, noting that there are many whistling sounds in the local dialect. This is its main feature.

According to folk legends, the ancestors of the villagers came from the Abkhaz highland village of Pskhu: they wandered, changed their location several times and eventually settled on the site of the current settlement.

It is interesting that in the remote Krasny Vostok one can often meet tourists. Firstly, there are narzan sources here, and secondly, the village is well located: at the federal highway connecting Cherkessk and Kislovodsk. A small park in the center of the village is a meeting place for Krasny Vostok youth and a destination for tourists who come here to collect healing water. 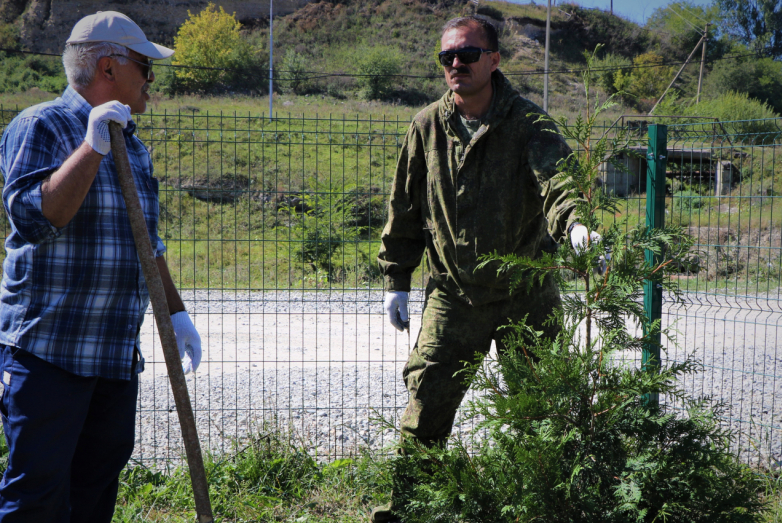 In recent years, the village was increasingly landscaped. Park, sports complex, and now green alleys. This is also noted by the well-known in the republic Abaza journalist Rubin Bidov, a resident of Krasny Vostok, who also took part in an environmental action. In an interview with the WAC correspondent, Bidov noted that the village had recently changed noticeably, largely due to the work of the Abaza public organizations.

«People have optimism and faith in their own capabilities. But, moreover, we are setting a good example to other villages,» said Bidov.

Both are certainly pleasing. It is safe to say: Krasny Vostok is experiencing a real renaissance today and has all the prospects to become one of the most attractive Abaza villages in Karachay-Cherkessia.