"Stage Children" and New Roles: About the Life and Work of Actress Sofa Agumaa

There were many things in the life of the national artist of Abkhazia, Sofa Agumaa: crowded theater halls, ovations, leaving the theater and the triumph of her students.

Future star of the Abkhaz theater Sofa Agumaa was born on December 20, 1939 in the village of Duripsh, Gudauta district, in the family of Hintrug Agumaa. Her main love and passion from early years was folk music, songs and dances. Her father played excellently the folk instrument - aphyartsa. Well, everyone in this family sang: Sofa herself, the brothers Victor and Ruslan, who would later become a composer, sisters Lyuba, Velentina, Shura, Nutsa. Sofa Agumaa carried through life the respect for folk songs and music in general. The artist's musicality has become a part of her stage life and her roles.

Back in school, Sofa decided: she will certainly become an actress. At the age of seventeen she entered the Shota Rustaveli Theater Institute in Tbilisi. She studied in the class of an outstanding actor, People's Artist of the USSR Akaky Khorava and Professor Akaky Pagava. 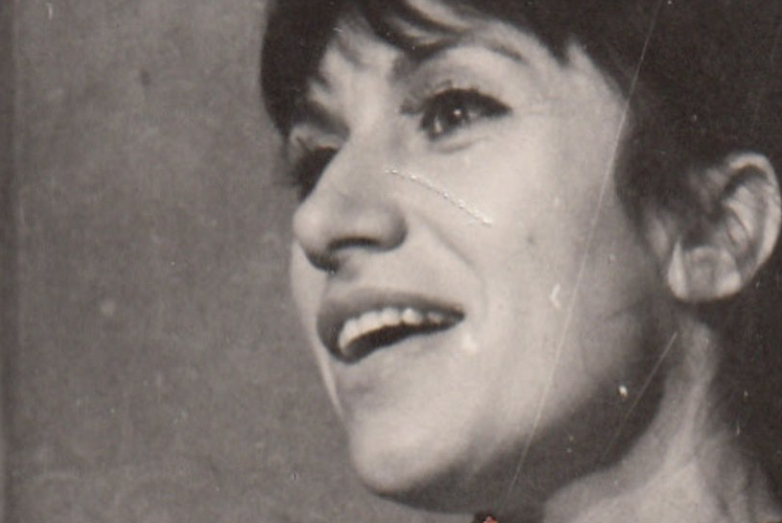 Sofa Agumaa was adopted in the troupe of the Abkhaz drama theater in 1960.

"I passed the exams ahead of time, arrived and was immediately summoned to the theater, I had to replace one actress on the tour in Batumi. I didn’t even have time to call home and went right away on tour," says Sofa Hintrugovna. Her very first role was the role of the lead choir in the play "Medea" by Euripides. 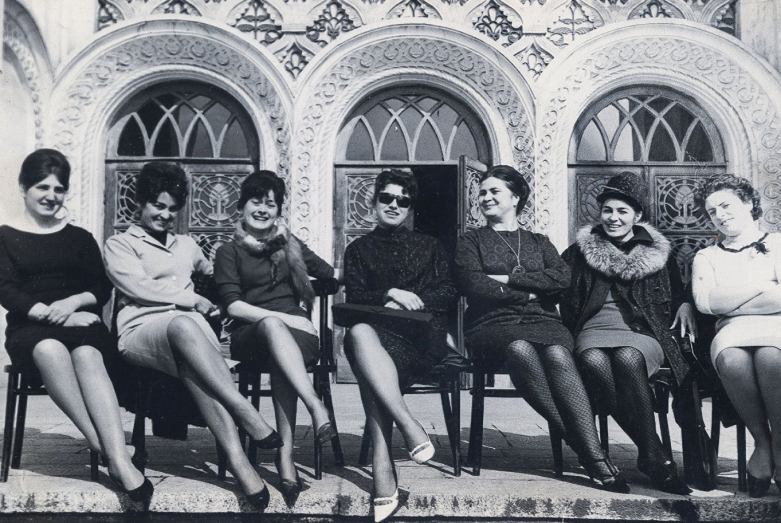 At first, young Sofa was even scared to say something in their presence. "Among these aksakals, you know, it was not so easy to open your mouth and say a word," recalls Agumaa, "There were also young actors — Kolya Chikovani, Huta Jopua. I was too shy about them, I was constrained." 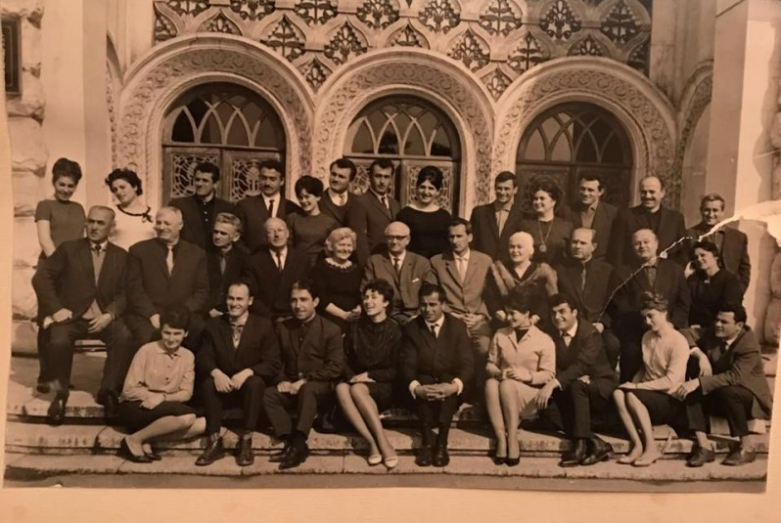 Remembering that generation of actors, the first actors of the Abkhaz drama theater, where young Agumaa found herself, she cannot hide her admiration and most often utters the word "brilliant": "I will never forget how they received us, so warmly, so affectionately, organized a big banquet. Beauty Anna Bidovna Argun-Konoshok personally served us at the table. And who were we, in essence? But we were not allowed to understand this. It was a very friendly theater, and on the stage they were all real high-class partners. I missed even a single day without the theater. We had a day off on Monday, but still we gathered at the theater in the park on benches, sat, talked, laughed, and then went home. My soul hurts that I don’t see that today."

"I still don't feel confident now. Confidence depends on who you work with," says Agumaa, who for a long stage life had to work with a variety of directors. Among them are Aziz Agrba, Sharakh Pachalia, Nelly Eshba, Dmitry Kortava, Zurik Kove, some foreign directors.

"When you work with the same director all the time, you are "stamped", and you can’t take the other style, and therefore I was lucky that I managed to work with a variety of directors," says Agumaa.

At the same time, the actress emphasizes that she never liked "talking" directors, and explains: "Some directors like to talk a lot, to show how much they know, how well they can explain this or that role, I don’t like it. Let’s take medicine. You go to a doctor, and he asks for a long time if something hurts, again and again, and I like those doctors who immediately understand and write out the prescription. And I like such directors - who immediately give a recipe. Such was Nelli Razhdenovna Eshba, such was Mitya Kortava (director Dmitry Kortava - ed.).

The actress ranks Mikhail Markholia among the "speakers" in her own classification: "It was hard to work with him, he always began uncertainly, but I knew that his production would not fail, that he knew what he was doing, that’s why I worked with him. He was very talented, and his productions were always successful, and therefore I tolerated him and he tolerated me." 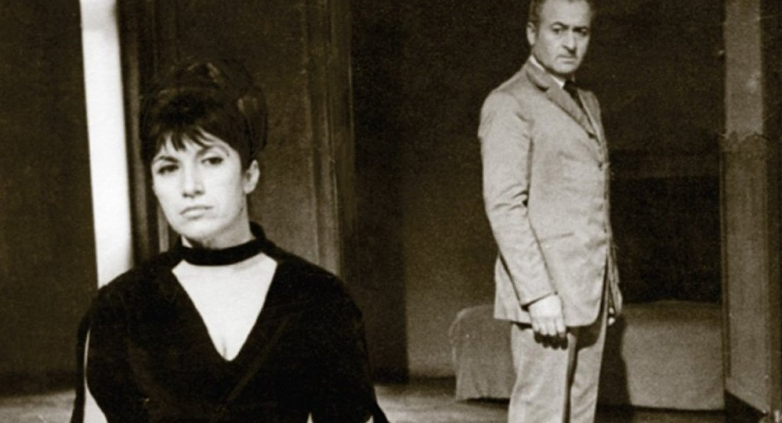 In one of her interviews, Sofa Agumaa compared the stage roles with children who are born right on the stage. And, according to her, she loves all her roles, both successful, and not very successful, like a mother loves each child. There are about seventy such "stage children" in the life of the actress.

As one of the most beloved comedy roles, Sofa calls the role in the play "We are Abkhaz, Abkhaz" based on the work of Shota Chkadua. The performance was first staged 40 years ago and was then called "The Doll". In the past few years, this production is part of the repertoire of the Abkhaz State Youth Theater, which was founded by Sofa Agumaa. 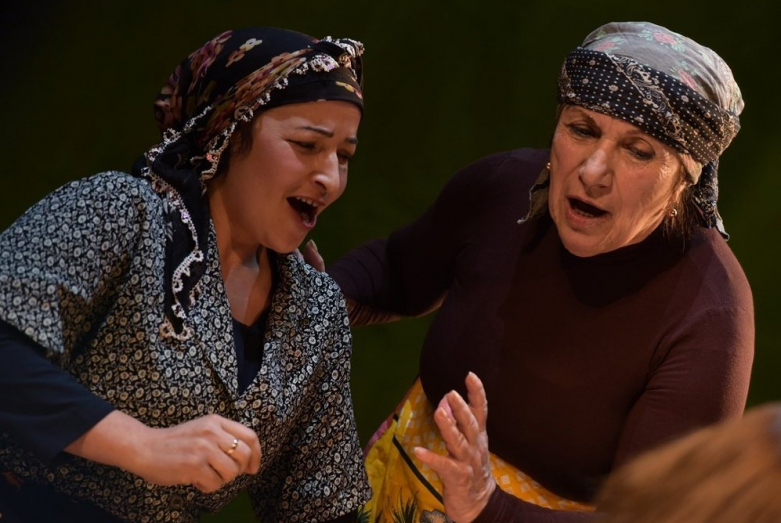 "This performance has been around for several decades, but it is still loved by the audience, we are asked every time: when is it going to be staged? It is incredible that we manage to invent new, bright touches to this production, to update it. After all, in a theater like: the spectator often "chases", studies the play thoroughly, and when you bring something new, the hall immediately reacts, understands it," notes Agumaa.

Another successful comedy role in in the life of the actress is the role of the village godmother, instigator and indispensable participant of all the village events Tara Tarazia in the performance "Then do as you wish," based on the work of Bagrat Shinkuba.

The appearance of her heroine on the scene caused an explosion of fun both on the stage and in the auditorium, noted art critic Alexei Argun in his book dedicated to the creative life of Sopha Agumaa.

"All her ceremonial gestures of the rural modest woman are hilarious - both the way she wipes her her lips with her fingertips, and how she listens to the long-awaited declaration of love with her sly-lean eyes, and how flattering and important she stands with an umbrella in her hands." 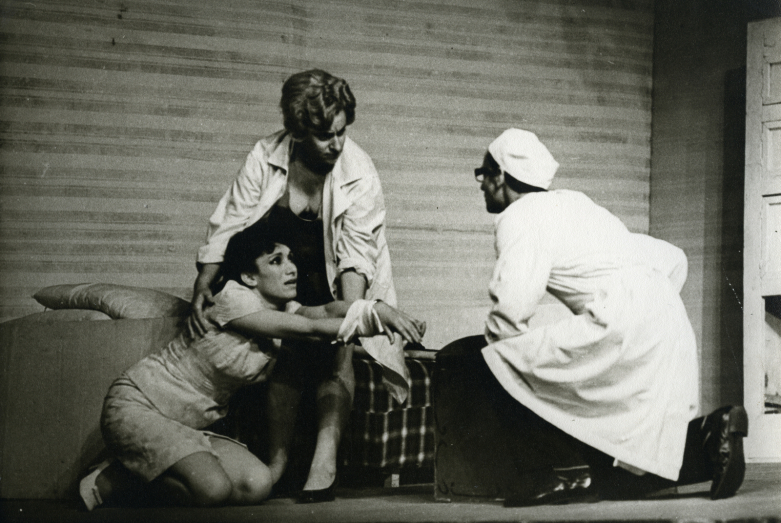 Along with the memorable comedy roles, Sofa Agumaa played truly brilliant tragic roles. The brightest of them is the role of Electra in the performance of the same name by Sophocles.

Critical reviews on the "Electra" of the Abkhaz Theater appeared even in Moscow newspapers. Thus, the famous Moscow theater expert Gulchenko wrote in December 1979: "Simplicity and majesty - these two facets of Electra’s character with extraordinary skill embodies in the play by Sofia Agumaa ... Behind her every gesture and glance is a feeling of vitality and maturation. She says the words softly, depriving them of the familiar declamatory sound, chasing them with a rough pulsating intonation. In the general picture of the performance, the heroine of Agumaa is like a lonely proud bird. She is destined to avenge the ruined life of her beloved father, but punishment must be grasped by Clytemnestra's mother."

The performance has been on tour. For example, one Ukrainian theater expert wrote about Sofa Agumaa in this production: "Orest's acknowledging scene is conducted by Sofa Agumaa with a high tragic intensity, at the most risky and accessible only to the actor of great internal strength transitions."

In one of her interviews, Sofa Agumaa confesses that the actress’s happiness is in playing as many roles as possible, "playing roles in which you can express your sincere and important things".

In 1989, Sofa Agumaa was forced to leave the stage of the Abkhaz theater. At that time, she played here for 29 years. For a long period outside the walls of her own theater, the actress considers her personal tragedy, it is difficult for her to even remember it.

"I was not alone with this grief, says Agumaa, many leading actors of the theater left with me, for example, Amiran Tania, Alyosha Yermolov."

Several performances vanished from the repertoire of the theater with the actress, in which she played the main roles. Separated from the main theatrical scene of Abkhazia, Sofa Agumaa still could not sit back. Her talent and energy found a new direction for activity. The actress begins to translate the works of Fazil Iskander into the Abkhaz, stages them, adapting for one performer. Thus, in 1989, Agumaa created a one-man show "Harlampy and Despina" based on the work of Fazil Iskander, successfully toured with him, and visited Moscow and Kabardino-Balkaria.

The creative ideas of Sofa Agumaa were also embodied on television. With her participation as a production director, screenwriter and actress, short television films were shot - "He, she and their friend", "Where do we take him now?", "Tatchka and Kishuard", "Beloved B". These works, beloved by the audience, were broadcast on Abkhaz television.

The actress also starred in big movies. Among the most striking of her roles are works in the films "Time of Happy Finds", "The White Tower", "The Bell of the Sacred Forge", "Kolcheruky". 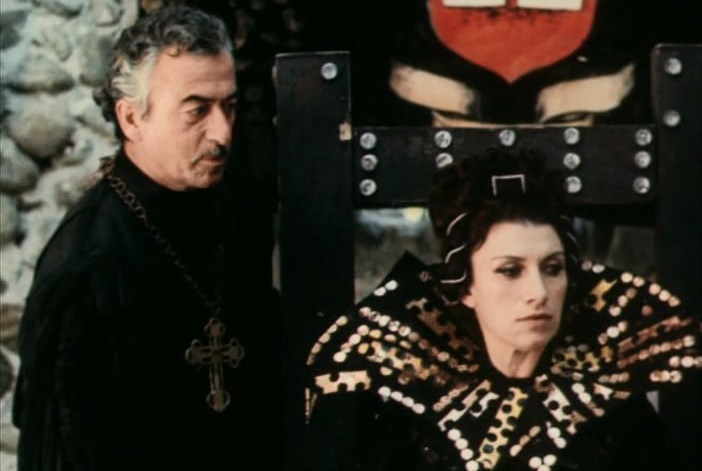 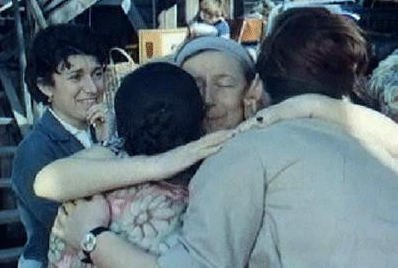 In her private theater, "Vremya", which was opened by her husband, a well-known patron of arts, Victor Dzhenia (Abaza), theater evenings were held, performances were staged. The so-called "Evening of laughter and tears" has become especially popular. Sofa Hintrugovna herself participated in the performances, her colleagues who left the drama theater together with her, as well as young actors - apprentices of Agumaa. 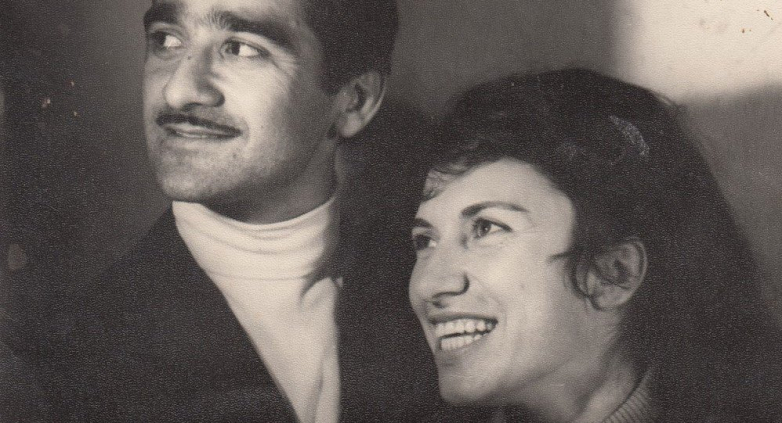 Another big thing is the theater department at the Abkhaz State University. Professor Alexei Argun, her great friend, was advised Sofa Hintrugovna to open it. The idea was supported by the rector of the university Aleko Gvaramia and the government. The first admission of students to the "Sofa Agumaa faculty," as it was called by the people, occurred in 1998. And in 2014, Agumaa, her graduates and colleagues created the Abkhaz State Youth Theater.

"The youth theater already has its audience, they love us, they purposefully come to us, and we try to work, although I cannot say that it is always comfortable. We have already played about ten performances," notes Agumaa.

Today, the youth theater gives performances on the stage of the Abkhaz State Drama Theater named after Samson Chanba. Sofa Agumaa returned to her favorite theater, and not alone, but with her apprentices. Youth theater actors adore their inspirer and teacher Sofia Hintrugovna. She is the muse for them, an example to follow, and just a valuable friend and adviser. Each of them considers it a great gift of fate to be with her, - a great actress who can already be called the "living legend" of the Abkhaz theater.